Thunderbird School of Global Management has long been a place where world leaders, dignitaries and business leaders have stopped in to address students, faculty and the community. A visit on Jan. 23 from Henne Schuwer, ambassador of the Kingdom of the Netherlands to the United States, was no exception.

In the United States for his third assignment on behalf of the Netherlands’ government, Schuwer kicked off his visit with a keynote that brought in students and alumni from around the Valley. 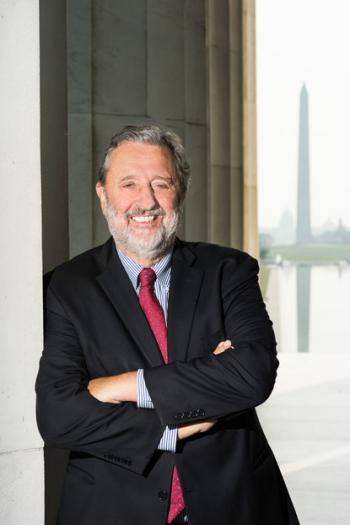 Honorable Henne Schuwer, ambassador of the Kingdom of the Netherlands. Download Full Image

In his opening remarks on "The Silent Partner: The Netherlands’ Role in the U.S. Economy," Schuwer noted that he believes there is a link between Thunderbird’s former role as a training facility for fighter pilots, and its current role as an educator of business leaders who will go out into the world and fight to build relationships.

“You need to see what the world is about and spread what you’ve learned here — the necessity of international trade — to other parts of the world,” he said.

Watch the video of Schuwer's keynote.

Tolerance is the foundation of a good relationship

According to Schuwer, part of building relationships is understanding and tolerating differences.

“The Netherlands accepted Jews from Spain and France, Christian Huguenots when they fled France, and Belgian and Flemish [refugees] when [Belgium] fell to Spain. The business model of tolerance helped make the Netherlands the richest country in the world, because we were accepting of other people,” he said.

“The Netherlands has long been a nation of tolerance,” Schuwer added. “It’s been the key to our success.”

Schuwer said that part of that success can also be attributed to the Netherlands’ long-standing relationship with the United States, even before it became a country. A 1609 expedition in search of a passage to the Far East failed when they realized the Hudson River would not get them there. But, it succeeded in the founding of New Amsterdam, now New York City.

Other facts he gave about the Netherlands' relationship with the U.S. included:

• The Netherlands helped fund the American Revolution by loaning 5 million guilders in 1782, and assisted in financing the Louisiana Purchase with a 13 million-guilder loan.

• More than 850 Dutch companies are active in the United States, such as Royal Dutch Shell, Philips and Unilever, and have invested over $274 billion.

• More than 2,000 American companies have invested more than $723 billion in the Netherlands.

• The Netherlands exports more than $700 billion per year, making it the second-largest exporter in the European Union and sixth in the world.

• It’s the second-largest net agricultural exporter in the world, all for a country of 17 million people that’s the size of Coconino County (which is 1/7th of Arizona’s total size).

• More than 17,000 U.S. service personnel are interred in the cemetery in Margraten, in memory to the thousands of troops who helped liberate the Netherlands from the Nazis in WWII.

Schuwer said that good international relationships are not built on business alone; politics also play an important role. He noted that this was made apparent during the 2016 presidential election, where international trade was treated as a “bogeyman” by both candidates — that it was bad for America, took American jobs and was bad for the economy. Then-candidate Donald Trump decried the trade deficit, said he would renegotiate NAFTA and was going to leave the TPP.

The ambassador said he believes the U.S. leaving the TPP within the first week of the new administration was a mistake, but does think that NAFTA could use a refresh.

“There are valid reasons to do so. [NAFTA] needs to address many 21st-century issues not covered by the 20th-century agreement, such as intellectual property,” he said. “But I believe it’s inconceivable that Mexico would agree to a big shift in the labor force…back to the U.S. If that’s the ultimate goal, I think you’re in for a deadlock and failure.”

As for the trade deficit, Schuwer said he sees the upside and downside.

“If you’ve got a deficit,” he said, “the other guy is better off. But international trade isn’t a zero-sum game, where the people with the surplus are the winners. It’s got to be a global balance.

“While the United States does have a substantial trade deficit around the world, it has an enormous surplus of investments here. For example, BMW’s largest exporting factory is in Spartanburg, South Carolina, and employs over 8,000 workers. The U.S. attracts an enormous amount of investment. Your trade deficit is in goods, but not services, an important distinction when 80 percent of the American economy is in services.”

“This is the essence of international trade relations and people trading with each other, and the essence of what you have to learn here,” Schuwer said.  “It’s more than trade, it’s building a society where you have more than economic interests, such that war would be impractical.

“Free trade is the precursor for a free world.”

For the first time in ten years, the U.S. Department of Defense has a new National Defense Strategy. The strategy, released Jan. 19, covers a range of global issues affecting the U.S., including an increasingly complex age of technological innovation and warfare.“The reemergence of long-term strategic competition, rapid dispersion of technologies, and new concepts of warfare and competition that...

For the first time in ten years, the U.S. Department of Defense has a new National Defense Strategy. The strategy, released Jan. 19, covers a range of global issues affecting the U.S., including an increasingly complex age of technological innovation and warfare.

“The reemergence of long-term strategic competition, rapid dispersion of technologies, and new concepts of warfare and competition that span the entire spectrum of conflict require a Joint Force structured to match this reality,” the report’s summary reads. 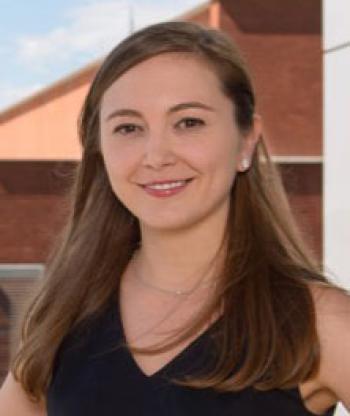 ASU Now spoke with Nadya Bliss, director of Arizona State University's Global Security Initiative, about the growing complexity of security challenges around the globe, and how research can help address these challenges.

Question: What are your biggest takeaways from the DOD’s new strategy?

Answer: There is a clear focus on sustained commitment to maintaining a technological edge in support of the warfighter in the changing geopolitical landscape. Secretary (Jim) Mattis is committed to the U.S. maintaining its dominance, particularly in the context of emerging operational domains, such as space and cyberspace. In addition to technological advancements, there is a clear emphasis on implications of new technologies on operations and future conflict.

This strategy creates an opportunity and an environment to motivate new and disruptive research — both in technology and engineering and in interdisciplinary work. Also, there is a clear emphasis on the need for process innovation — essentially, we can’t just build the most cutting edge technology, we also need means with which to get it in the hands of people who need it.

Q: One portion of the strategy reads, “the surest way to prevent war is to be prepared to win one.” What does that mean for the research community?

A: First, let me point out that this sentiment very much resonates with me. Often, researchers have misconceptions about what working with Department of Defense looks like — that the Department only focuses on weapons, weapon systems and kinetic warfare. A huge focus of the Department is deterrence — avoiding military conflict.

One of the key aspects of the strategy is making sure the U.S. is not just keeping up with all the technological developments, but is leading those developments. Particular topics of interest to the Department, specifically in context of research and development, are swarm robotics, cybersecurity, big data, machine learning, artificial intelligence and biotechnology.

ASU’s research strengths align with well with national needs. ASU’s work in swarm robotics, particularly the newly established Center for Human, Artificial Intelligence and Robot Teaming, is highly relevant to the new strategy; similarly, work on novel immunosignature technologies have relevance to emerging biosecurity challenges. Work in the Center for Cybersecurity and Digital Forensics, particularly on automated malware analysis and system resilience, have potential to increase efficiency of cyber operations.

Q: How can researchers work together with the Department of Defense, private companies and other entities to develop and implement solutions to these challenges?

A: The Department of Defense invests more than $2 billion annually in basic research. Significant additional funding is allocated to applied research. Both research components and labs of services – Army, Navy, Air Force — and agencies like DARPA, the Defense Advanced Research Projects Agency, provide lots of opportunities for universities to engage.

The thing that tends to be different about the DOD, as compared to the NSF (National Science Foundation), for example, is that while the DOD still wants to fund basic science and engineering work, they would like you to think about how this work has impact on the DOD mission and needs.

This particular strategy strikes me as one that appreciates the long-term need for research investments. Plus, there is tremendous amount of opportunity for impact and quite frankly the problems are incredibly interesting. This strategy also calls for ensuring our alliances are strong — strategic international research alliances, such as the PLuS alliance, could have significant potential.