Valeria Fernández, a veteran independent multimedia journalist who leads an innovative Spanish-language journalism program at Arizona State University’s Walter Cronkite School of Journalism and Mass Communication, is an inaugural recipient of the American Mosaic Journalism Prize by the Heising-Simons Foundation.

She is one of two journalists to receive the honor, which includes an unrestricted cash prize of $100,000 for each winner. Independent journalist Jaeah Lee, a 2017 senior fellow at Brandeis University’s Schuster Institute for Investigative Journalism, is the other recipient. 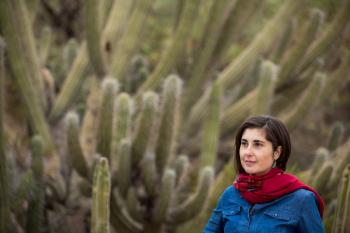 The American Mosaic Journalism Prize recognizes excellence in long-form, narrative or deep reporting on stories about underrepresented and/or misrepresented groups in the present American landscape. It is awarded to two freelance journalists of print, digital, audio and/or television, based on a collection of work published or aired over the past year.

Fernández has been reporting on Arizona’s immigrant community and the many angles and faces of the immigration debate for more than 15 years. She has produced reports for CNN Español, CNN International, Radio Bilingue, PRI’s “The World,” Al Jazeera English, The Guardian and The Associated Press. Her recent work includes a story for the Phoenix New Times in which she detailed the mental health struggles of a new immigrant in Arizona.

“As a Latina immigrant journalist, who speaks Spanish as a first language, I'm humbled to receive this recognition,” Fernández said. “I hope it will bring attention to the voices of the women and the communities that I have dedicated my reporting on. As a professor, I can only wish it inspires students, especially students of color, to see their culture and their roots as strengths to ground their work, so they also work to listen to unrepresented voices, pursue nuanced stories, and become a force for understanding.”

Cronkite Dean Christopher Callahan called Fernández “a tremendous journalist who has made a significant impact on our region with her powerful stories about immigration and other issues of concern to Latino communities. Her example and her guidance is helping develop the next generation of Spanish-language journalists who will carry on this important work.”

Confidential nominations for the prize were sought from more than 50 journalism leaders from across the country. Recipients were selected by a panel of judges representing some of the country’s leading media outlets.

“Fernández’s work stands as testament to the trust people have in her to tell their stories with accuracy and compassion,” the judges said. “Her journalism benefits from the kind of access that comes from years of relentless beat reporting. She brings great depth to stories of people who are often the most difficult for journalists to access, including families broken apart by the immigration system, and a new immigrant’s struggles with mental health.”

Earlier in her career, Fernández co-directed and produced “Two Americans,” a documentary that parallels the stories of Maricopa County Sheriff Joe Arpaio and a 9-year-old U.S. citizen whose parents were arrested by the sheriff’s deputies during a workplace immigration raid. The film won the Audience Award for Best Feature Documentary at the Arizona International Film Festival. It aired on Al Jazeera America in 2013 and was an official selection of the DocsDF Mexican Film Festival.

Fernández also co-directed six short award-winning documentaries along the U.S.-Mexico borderlands as part of the international web-documentary Connected Walls in 2014–15.

In 2015, she was a producer and reporter for the Arizona Center for Investigative Reporting on a digital multimedia project that cast light on the economic and social impacts of a mine spill in Northern Mexico that broadcast in PBS, San Diego. The multimedia project won an Arizona Press Club recognition for environmental reporting.

She also is a fellow for the Adelante Initiative of the International Media Women Foundation, where she covers issues at the intersection of trauma, deportation and migration.

The Heising-Simons Foundation is a family foundation based in Los Altos, California. The foundation works with its many partners to advance sustainable solutions in climate and clean energy, enable groundbreaking research in science, enhance the education of our youngest learners, and support human rights for all people. For more information visit www.hsfoundation.org.

With expected changes in climate, what will life at Arizona State University look like in the future? ASU community members have an opportunity to shape the answer.The effects of climate change, a warming Earth and extreme weather events are expected to create new challenges for ASU’s campuses. As climate change effects become more severe all over the globe, it is imperative that higher educatio...

With expected changes in climate, what will life at Arizona State University look like in the future? ASU community members have an opportunity to shape the answer.

The effects of climate change, a warming Earth and extreme weather events are expected to create new challenges for ASU’s campuses. As climate change effects become more severe all over the globe, it is imperative that higher education institutions lead the charge for climate action and demonstrate solutions. 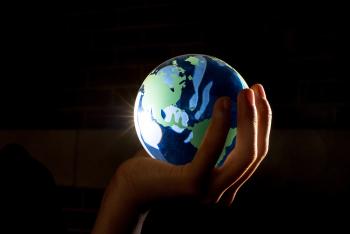 ASU President Michael Crow is a Second Nature board member and a founding signatory of its 2006 Climate Commitment. ASU renewed and expanded its commitment in 2015, pledging to mitigate and adapt to climate change.

For instance, the Urban Heat Island could warm campuses 5.4 degrees Fahrenheit during the day and up to 22 F warmer than nearby rural areas. Changing monsoon patterns may exacerbate drought and increase flash flooding.

To proactively address these challenges, ASU University Sustainability Practices is hosting a workshop series in February and March on each campus in partnership with the Green Devil Network. The network empowers faculty and staff to inspire others and build sustainability solutions.

Students, faculty, staff and the community are invited to join the Climate Resilience Leadership Team. The team assesses risks and opportunities with existing campus projections and plans. Then, climate working groups imagine the ideal campus and create strategies to get us there. 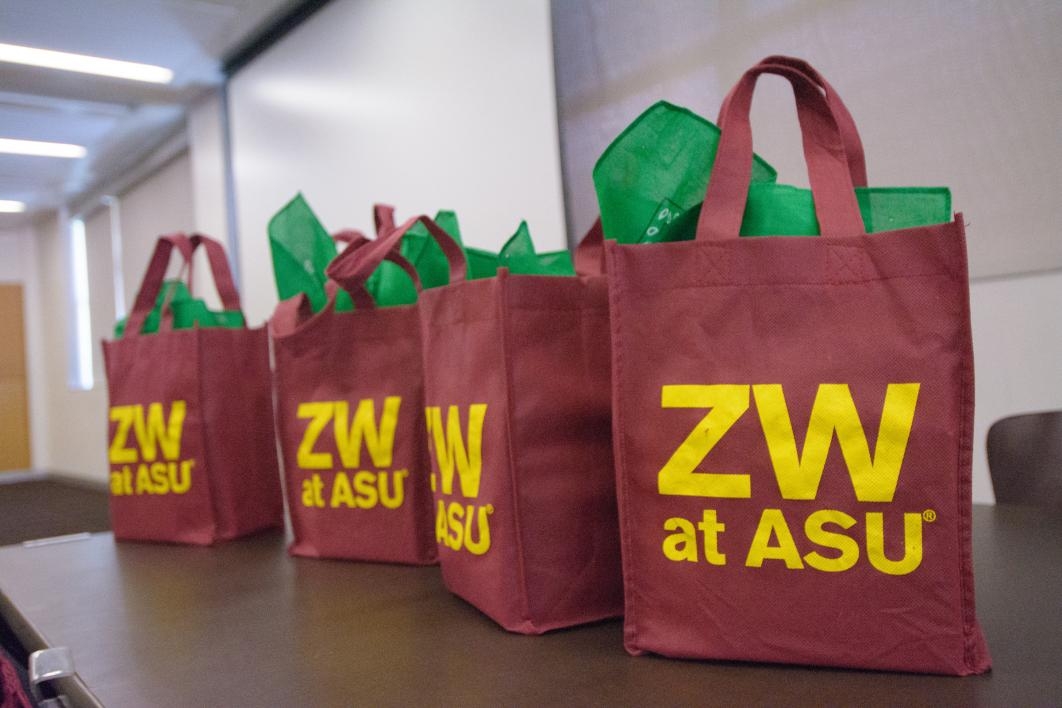 ASU's Zero Waste program aims to achieve zero solid waste, which results in a 30 percent waste reduction and 90 percent diversion from the landfill. 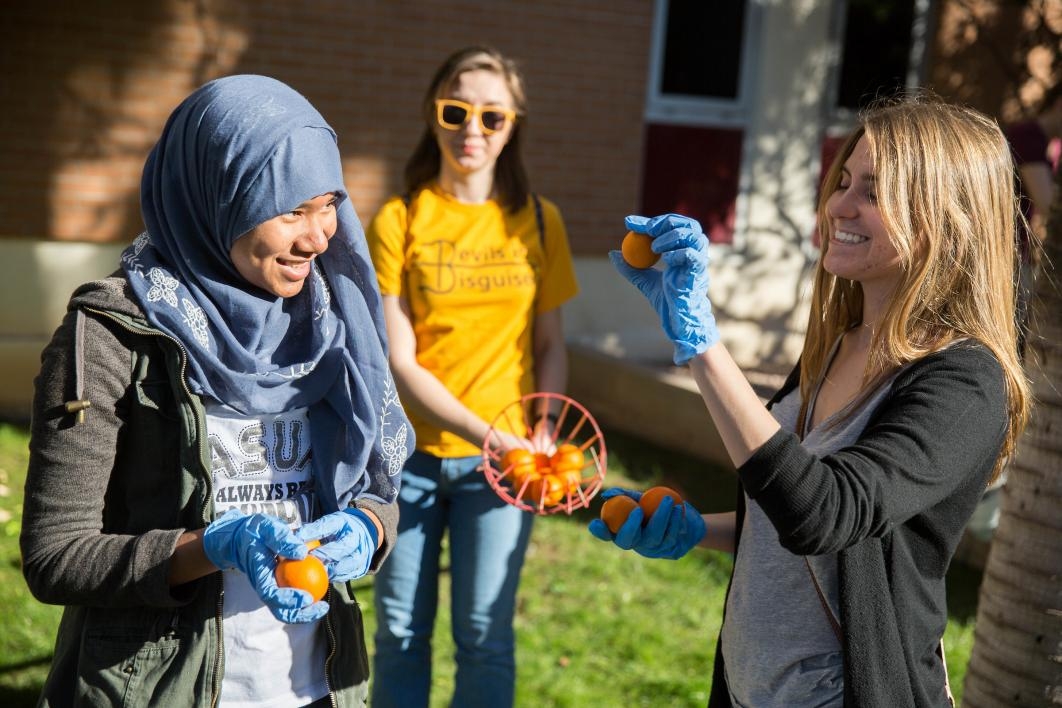 The orange harvest has been organized for the last 8 years by the ASU Arboretum and ASU Cares with all seville oranges collected to create "devilade" which is served in the student dining halls across all ASU campuses. 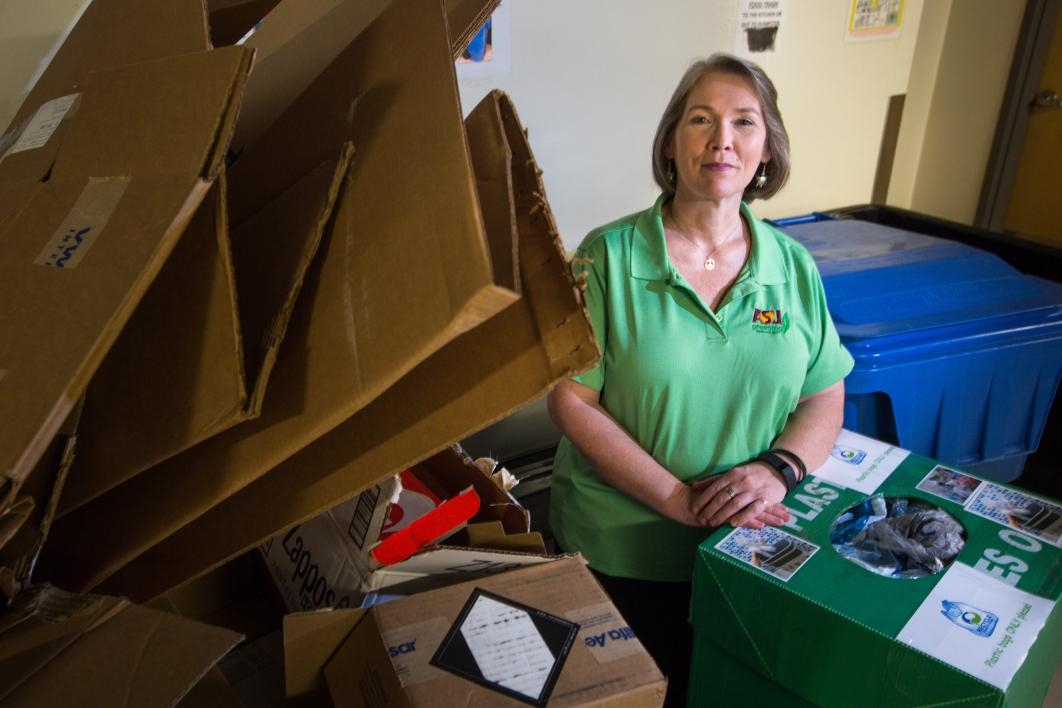 ASU Green Devils advocate for sustainability in everyday workplace decisions and share their practices across departments. 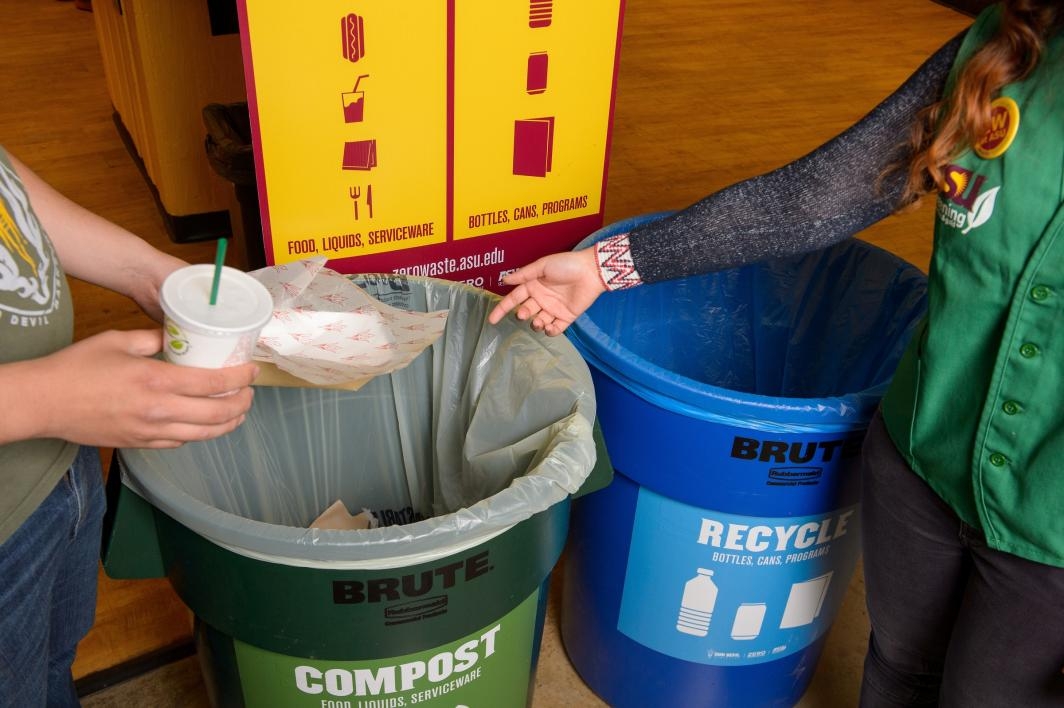 ASU offers reycling and compost bins in various locations on campus to help divert waste from the landfill.

Question: What is climate resilience?

Grant: To be climate resilient is to be able to thrive in the face of a changing climate. Second Nature defines resilience as “the ability of a system or community to survive disruption and to anticipate, adapt and flourish in the face of change.”

Hawkey: A Climate Resilience working group on each campus consisting of students, faculty, staff, city officials and community leaders will first create a risk assessment, then conduct a future-visioning exercise and, finally, develop a resilience plan to get to that future vision.

Q: The West campus has already completed the first two steps. Give examples of results from that process.

Hawkey: Stakeholders envisioned a much more porous campus, integrated with the surrounding neighborhoods physically, socially and programmatically. They see West serving as a regional hub for formal and informal learning at all ages.

Q: What issues will universities and colleges have to deal with because of climate change?

Grant: Higher education institutions will be affected by social, economic and environmental issues. Depending on the area, institutions could face increased sea levels, extreme heat, drought, wildfires, flooding and severe storms. They may become areas of refuge for their communities during extreme events.

Q: Why involve students, faculty, staff and the community?

Grant: A cornerstone of resilience is social cohesion. Our climate-resilience work operates on the notion that if one population is vulnerable, we are all vulnerable. At the same time, with social connectedness and flexibility, we can be each other’s most valuable asset. Climate resilience necessitates the university's social embeddedness.

Q: What is your goal for the spring events?

Grant: The intent of the upcoming workshops is three-fold: To educate people on what climate resilience means and why it is important, to facilitate greater social cohesion among university and community members and to complete resilience assessments.