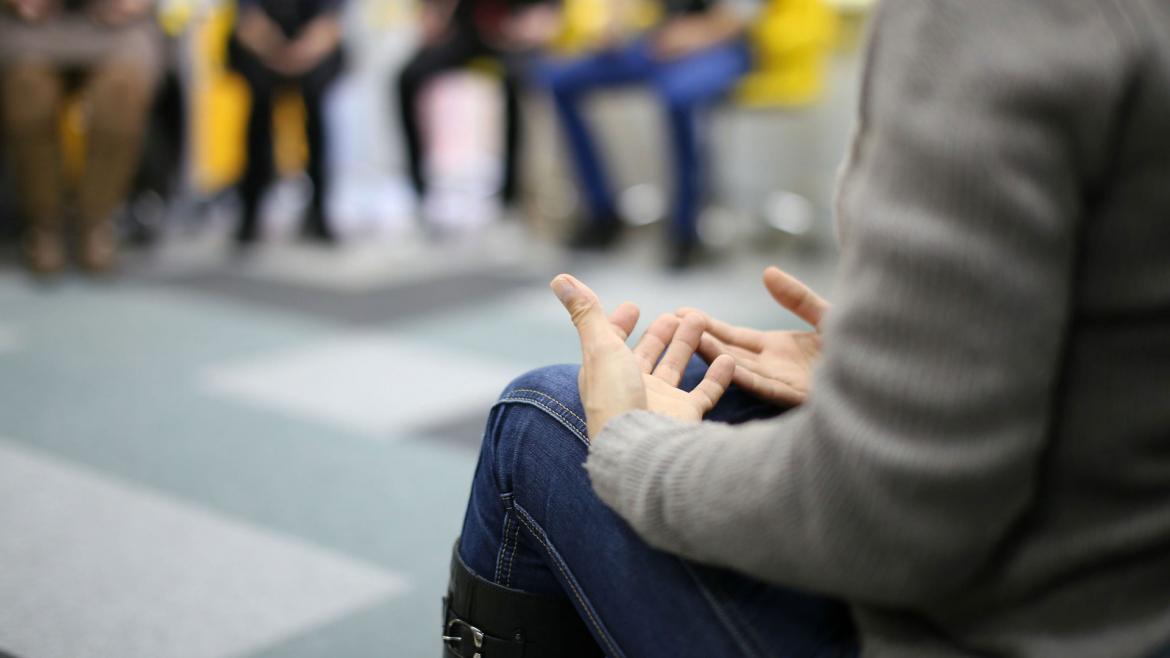 In June 1967, The Beatles released a song that would go on to be covered more than 50 times, no doubt because it proclaimed a universally appealing truism: “I get by with a little help from my friends.”

It’s a notion Suniya Luthar, ASU Foundation Professor of psychology, has found to be scientifically accurate, with decades of evidence-based research to back it up. Since the 1980s, Luthar has studied resilienceLuthar describes resilience as doing well in the face of life's adversities., and beginning in the late 1990s she developed and studied support groups for mothers under high stress, which led to the creation of the nonprofit program Authentic Connections Groups.

She brought this work to Arizona State University in 2014, first offering it for medical professionals at Mayo Clinic who are mothers, and subsequently as both a service offered to the community and a hands-on teaching tool for clinical psychology students. 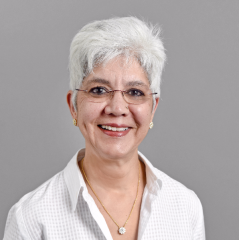 “What Authentic Connections does is not just provide skills and support within the group sessions, but it also helps participants work at developing supportive relationships in their everyday lives,” Luthar said. “They get things that they essentially take along with them after the program sessions have finished.”

This semester, three sets of Authentic Connections groups will be available free of charge to the ASU community: one specifically geared toward working mothers; one for female undergraduate and graduate students; and one for female clinicians. Each group will meet once a week for an hourlong group session for 12 weeks beginning in February (find information about specific dates at the end of this story).

“These groups are unique because they combine the best parts of the science and practice,” said Aaron Krasnow, associate vice president and director of ASU Counseling Services. “They’re based on very solid evidence about the role of relationships in the emotional health of people, and designed in a way that is immediately engaging and supportive.”

Krasnow is working with Luthar on future expansion at ASU of the Authentic Connections program, which has proven both popular and successful.

Last semester, fourth-year psychology graduate student Charlie Champion ran a group for ASU female students in STEM fields. Serving as the group facilitator, Champion oversaw each session, guiding participants through discussions in which they shared their experiences dealing with various stressors related to being a woman in STEM.

“A hallmark among these women is that they’re in typically male-dominated fields, and so often they felt literally and emotionally alone,” Champion said. “One participant noted she could go weeks without actually seeing another woman at work. Hearing from one another that they're all sharing similar experiences felt beyond powerful.”

In addition to discussions, group sessions also allow time for facilitators to share some research-backed strategies for managing stressors, as well as time for participants to establish “go-to committees.”

“Go-to committees are groups of social supports that these women carefully and mindfully select, in order to cultivate that crucial support outside of the group and continuing on long past group has ended,” Champion said. “These go-to committees are at the core of what makes Authentic Connections effective.”

In fact, in one of the longest longitudinal studies of adult life, Harvard researchers found that having solid, supportive relationships — more than money, fame, social class, IQ or even genes — was the best predictor of a long and fulfilling life. Strong relationships were also shown to delay mental and physical decline.

“The secret to the good life, if there is one,” Champion said, “certainly lies in social support. I got to see that firsthand in the Authentic Connections groups.”

That direct clinical experience is another function of the groups. Second-year psychology graduate student Ashley Ebbert will be co-running the group sessions for undergraduate and graduate women with Champion this semester. She said she’s looking forward to exploring her role as a therapist in a group setting and growing her skills as a clinician.

“Participating in this program themseleves gives students a very good grasp of what’s involved in this kind of work,” Luthar said, "making it much easier to offer it themselves, as group facilitators in the future."

Rounding out this semester’s group facilitators is third-year psychology graduate student Shannon Moore, who will be running the sessions geared toward working moms. She references a phrase Luthar is fond of repeating when it comes to the well-being of maternal caregivers: Who mothers mom?

“Working moms, especially professional working moms, can feel pressure to be the best at everything,” Moore said, often balancing work obligations with more than one caregiving role, such as caring for their own children as well as their aging parents. Burnout is a real risk, one that can leave moms feeling mentally, physically and emotionally exhausted.

“A lot of women can feel spread thin, and if they don’t take the time to care for themselves and get social support outside of their immediate family, it can take a real toll on their mental health and well-being,” Moore said. “It can also impact their ability to care for those they’re responsible for.”

The main purpose of Authentic Connections, though, is to give participants a supportive social network to reach out to — no matter the issue at hand.

“There isn't anyone who can't benefit from that,” Champion said.

The working-moms group will meet from noon to 1 p.m. Tuesdays in the Memorial Union (room to be determined) from Feb. 6- April 24. Exact dates and times have not yet been set for the other groups. Those interested in attending can visit the Authentic Connections website at authenticconnectionsgroups.org, or email Suniya Luthar (Suniya.Luthar@asu.edu), Shannon Moore (Shannon.V.Moore@asu.edu) or Charlie Champion (Charlie.Champion@asu.edu), depending on which group they’d like to attend. Top photo: Pixabay.com

Tragedies like wildfires, floods and mass shootings can’t always be prevented, but the devastating effects can be lessened if hospitals are fully prepared to treat wounded people.Disaster-preparedness has been a national priority for decades, but efforts were stepped up in the mid-1990s, and, after the 9/11 attacks in 2001, the federal government was spending $500 million a year on various initi... 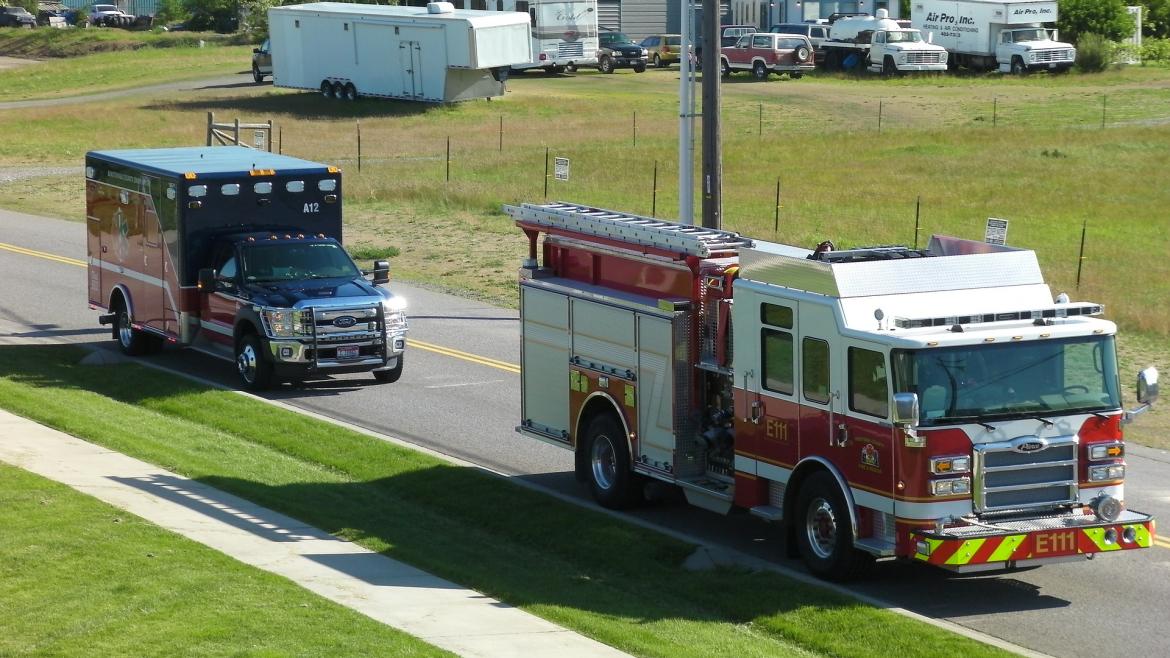 Tragedies like wildfires, floods and mass shootings can’t always be prevented, but the devastating effects can be lessened if hospitals are fully prepared to treat wounded people.

Disaster-preparedness has been a national priority for decades, but efforts were stepped up in the mid-1990s, and, after the 9/11 attacks in 2001, the federal government was spending $500 million a year on various initiatives. One of those was health-care coalitions: partnerships between hospitals and agencies to coordinate disaster response.

Yet lack of coordination remained a major problem during disasters such as Hurricane Katrina and the Las Vegas mass shooting, when some hospitals were overloaded and others had no patients.

Is the government spending worth it? New research by Arizona State University Professor Jonathan Helm finds that not only do health-care coalitions that share information have better patient outcomes, the benefit extends far beyond disasters.

Helm, an assistant professor of supply-chain management in the W. P. Carey School of Business, focuses his research on hospital resources and, with his co-authorsHelm’s co-authors are Alex Mills, Andres Jola-Sanchez, Mohan Tatikonda and Bobby Courtney, all of Indiana University. Their paper was recently posted in the journal Production and Operations Management., created a theoretical model to measure the effectiveness of information sharing among hospitals. 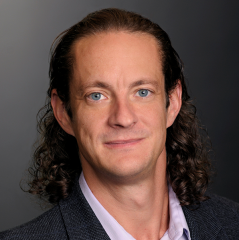 “We came up with some really interesting results that show that the coalitions are significantly more valuable than they thought themselves to be or the government thought they would be," he said. “And it wasn’t the large-scale disasters where they were most valuable, it was the smaller disasters — the three-car pileup on the highway, the bus crash, the small building fire with two to 10 patients.”

Government funding for disaster preparedness doesn’t come with many rules on what the health-care coalitions should do, Helm said.

“It’s fairly nebulous. Some coalitions purchased a lot of supplies and put them in a trailer and said, ‘Here you go, we’re ready for a disaster.’ The problem is that medical supplies are perishable and disasters don’t happen that frequently,” he said.

Helm and his co-authors looked at a coalition founded in 2008 in Indianapolis, which includes 35 hospitals plus emergency and public-safety agencies.

“What they are doing is fairly unique,” he said.

“They created an information-gathering system in which all the hospitals report to the coalition the capacities in their units — in the emergency department, medical-surgical, intensive care, burn beds. They now have a real-time database of all of the medical resources in the city, so instead of stockpiling stuff, they stockpiled information and it updates dynamically.”

Helm emphasized that hospitals are competitors and typically would never share this kind of information.

“They trust the coalition,” he said. “This is information they protect and the creation of this coalition allows them to more freely share it.”

Even for a large hospital, getting more than three patients at one time can be challenging, he said. So when there’s a surge in patients, the coalition can direct where to send them.

“They can distribute the patients across the hospitals in the city. The ones that are less serious they can send a little farther away. The ones that are most serious, they’ll send to this Trauma 1 and when that gets overloaded, they send them to that one.”

The implications can be life-saving.

“If you send a patient to an emergency department that’s overloaded, many things can happen. Morbidity and mortality goes up. Length of stay goes up. Doctors tend to order unnecessary tests because they’re overworked,” he said.

The team created a theoretical model using the variables of incident severity, the capacity at the hospitals and “coordination intensity,” which is how much information is shared. Then they tested it using archived data from the National Trauma Data Bank and hospital census numbers. They found that sharing information on the number of inpatient beds was more valuable than just disclosing how much room is open in the emergency room.

Helm said that proving the credibility of a government-funded initiative was important.

“The question is, given a fixed budget, how do you improve quality?

“We’re having more patients who are able to complete their treatment without being blocked by lack of resources.”