Ready for their close-up: Sun Devils at Sundance Film Festival

In 2012, fresh off her first visit to the Sundance Film Festival through her internship with the film and media studies program at Arizona State University, Della Anderson said her experience at the acclaimed film showcase made her dream of working in the entertainment industry seem all the more tangible.

Six years later, that dream is reality for Anderson.

Now an associate producer for a live-television production company based in Santa Monica, California, the ASU alumna credits her participation at the industry insider gathering for putting her career path into view and hopes that the next group of students heading to Sundance this month will also find moments of enlightenment in their internships.

“This program helped shape the way I viewed opportunity as I moved toward my career,” Anderson said. “This is an exclusive internship for only a few students to attend a prestigious and internationally recognized film festival, and I was thrilled to be one of them.”

The next group of students participating in the ASU Sundance Film Festival Student/Faculty trip — 11 students in total — will serve as volunteers during the second half of the 10-day festival, helping to usher, take tickets, manage lines and run the festival’s theaters in exchange for access to festival panels, venues and screenings.

In addition, students will have the opportunity to interact with festival filmmakers through several film school events run by the Sundance Institute.

“We are one of the only public universities to provide this opportunity and low cost for this number of students,” said Kevin Sandler, director and internship coordinator of ASU’s film and media studies programFilm and media studies offers undergraduate and graduate degree programs through the Department of English at Arizona State University.. “We certainly were the first when I helped to start the program with the then-Sundance volunteer coordinator while serving as a faculty mentor at the Cannes Film Festival for the American Pavilion.”

AccommodationsStudents and faculty members stay in a multi-bedroom condo close to many Sundance Film Festival venues in the heart of Park City, Utah. and accreditation provided for selected students are hallmarks of the now seven-year ASU-Sundance internship program that is being helped in part this year by some new funding. A recent endowment from Dan Harkins, owner of the Harkins Theatres movie theater chain, allowed for a scholarship to help reduce the cost of flights, shuttles and food for students who demonstrate financial need.

The Salerno and Harkins Film Studies Award is named for Harkins and the late Nick Salerno, who taught for 33 years at ASU, including the first film courses. Harkins took one of Salerno’s film classes when he was a student at ASU and credited the professor, who died in 2016, for helping him save his theater franchise with some invaluable marketing advice. 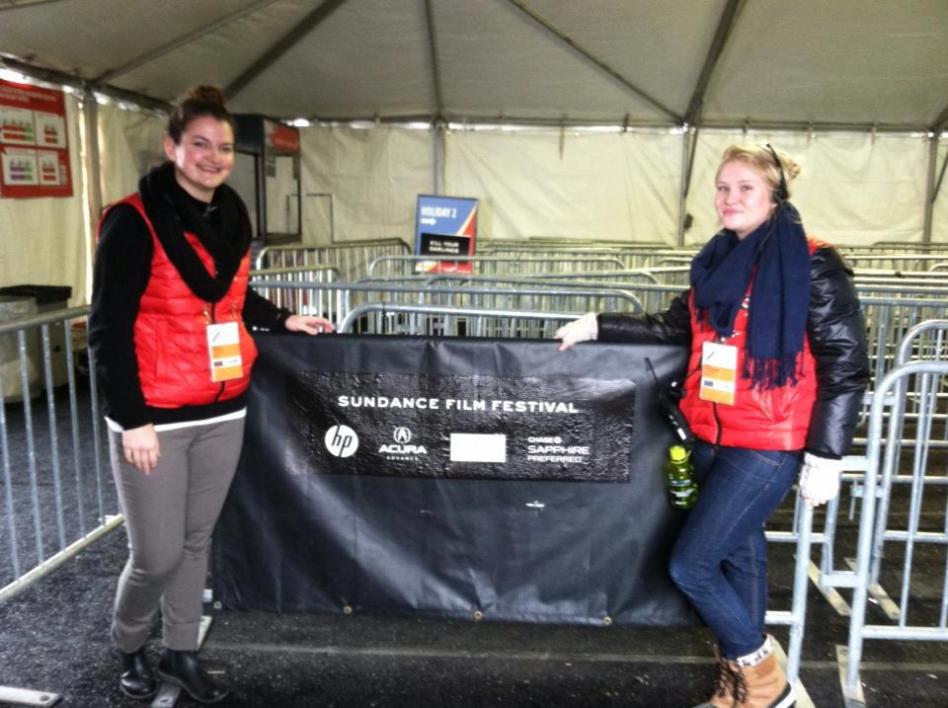 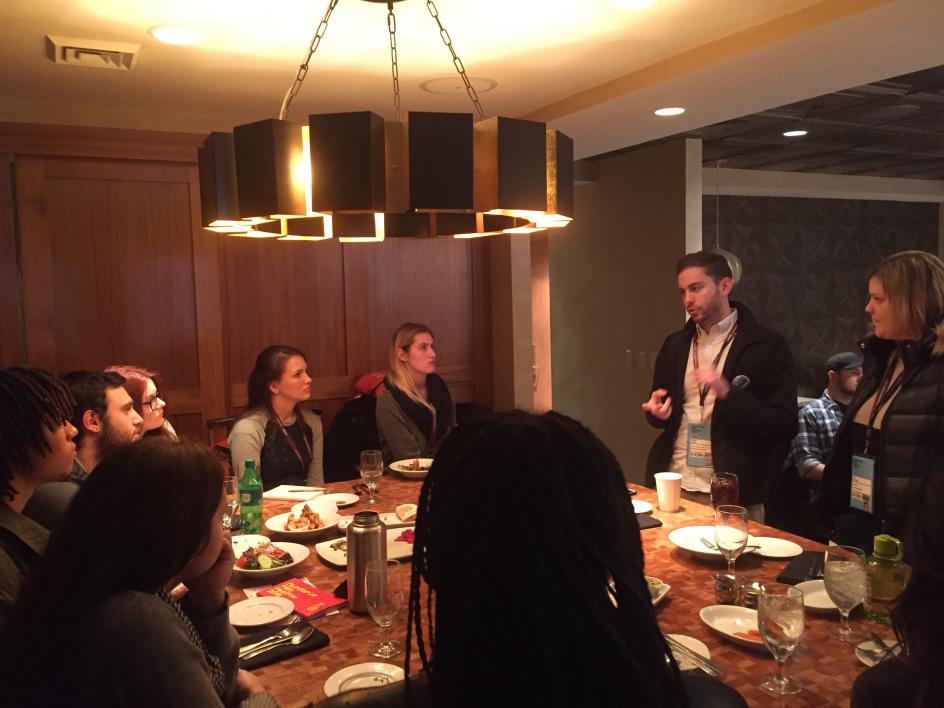 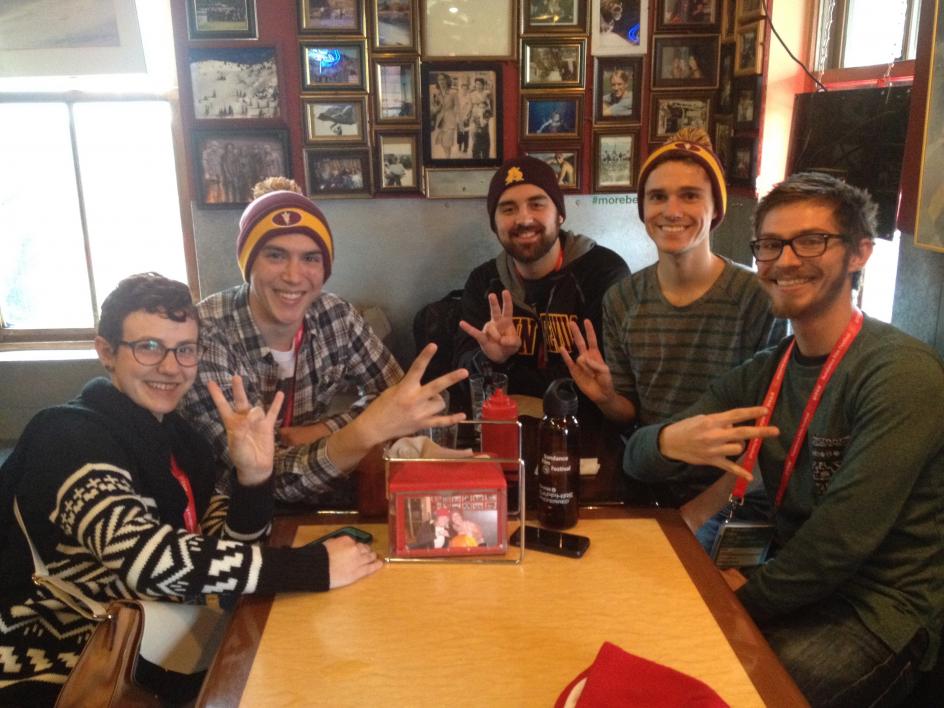 Many past Sundance interns have gone on to jobs in the industry.

Exposure to the business side of the film industry was among the many takeaways ASU film and media studies alum Patrick Carroll cited in recalling his experience in the Sundance Film Festival internship program.

“For context and perspective, it is enormously helpful for a student who plans on entering that world,” said Carroll, who, like Anderson, volunteered at Sundance in 2012. “It’s also very inspiring to meet people who have managed to create amazing films through alternative channels.”

Holly Vandevoorde participated in the program in 2013. She said it was the first instance in which she was able to directly interact with part of the film industry. The experience pushed her to take full advantage of the program's resources and learning opportunities.

Vandevoorde now is a Los Angeles-based account executive, working for a public relations consulting firm whose clients include Netflix, Amazon and Lionsgate.

“Being surrounded by filmmakers, volunteers and festival organizers really opened my eyes to what I could potentially be a part of long-term,” Vandevoorde said. “I can say with confidence that I would not be where I am if I had not been granted this opportunity.”

Anderson, whose employer’s portfolio includes the London 2012 Olympics Opening Ceremony, the 2016 Stand Up to Cancer telethon and several Victoria’s Secret Fashion Shows, said students participating in the Sundance Film Festival internship should approach the experience as the first step toward the next phase of their lives.

“Reading essays and writing papers in class are crucial tools for gaining knowledge, building opinions and developing an understanding of the industry, but this real-life experience is what contextualizes all you’ve learned and makes it come alive,” Anderson said. “Research the films and filmmakers you are most excited to see. Attend a seminar that you’re interested in. See at least one film you know nothing about, and go in with no expectations. Watch every film all the way through to the end of the credits, and start to think about which of those roles you’d like to be. And of course — make sure to have fun! You’re at Sundance!”

The 2018 Sundance Film Festival is held in Park City, Utah, through Jan. 28. Students from ASU’s film and media studies internship program will volunteer at the event from Jan. 23–28.