Arizona State University and Dash, a top digital currency for payments, have announced a partnership designed to accelerate research, development and education in ways that advance blockchain transaction speed, efficiency and security and expand its uses.

• The Dash Scholars Program, which provides $100,000 in scholarships for undergraduate and graduate research fellowships

• Research lab and industry open-source projects, providing an additional $100,000 in funding for ASU’s Blockchain Research Lab (BRL) and $50,000 in new funding for the Luminosity Lab

• Blockchain course development, with $100,000 for creating an online graduate course expected to be offered at ASU this fall

“ASU welcomes this initiative and is ready to play its role in creating a potent blockchain research and innovation environment for young talents to develop practical blockchain applications,” said Dragan Boscovic, Blockchain Research Laboratory director and a research professor in ASU’s School of Computing, Informatics and Decision Systems Engineering.

Dash is a blockchain-powered digital currency, with a number of unique industry features including InstantSend, PrivateSend and an entirely self-funded, self-governed organizational structure.

Blockchain is a decentralized, tamper-proof digital ledger technology that is transforming transaction prospects for many industries. In addition to being the foundation of cryptocurrencies like Dash, the blockchain structure — which consists of linked blocks of information — allows for direct transactions across a network of computers without need for a central authority.

The Blockchain Research Laboratory is focused on making blockchain accessible for uses beyond cryptocurrency, although cryptocurrency will remain a primary focus. According to Boscovic, the lab is investigating practical business applications for banking transactions, property exchanges and contract-based dealings that benefit from bypassing third-party brokers. For example, the lab is working with a Phoenix-area company to formulate a blockchain for eco-energy applications, such as exchanging stored solar power within neighborhoods.

Current research channels at the Blockchain Research Laboratory include analytics, shared business platforms that can segment company access based on specific transactions, management of IoT transactions between devices and appliances, nonprofit/humanitarian cryptocurrency transactions, and the development of smart contracts.

“This is a remarkable partnership precisely because both sides will benefit greatly from tight collaboration,” said Ryan Taylor, CEO of Dash Core. “Dash benefits from gaining valuable independent insights into how we can improve our plans for scaling to massively large numbers of transactions. ASU will benefit from gaining access to one of the most innovative teams in the digital currency industry. The entire blockchain industry will benefit from the best practices that will emerge from the research, and the creation of a graduate course is a tremendous leap in blockchain’s path towards rapid, mainstream adoption.”

“The Blockchain Research Lab not only offers students early access to blockchain technologies that are transforming the nature of business transactions, it is providing them an opportunity to be part of the design process and a unique opportunity for real-world innovation and design,” said Kyle Squires, dean of the Ira. A. Fulton Schools of Engineering.

Navigate your way through Dash, Bitcoin and smart contracts

Dash is up and Bitcoin is down. U.S. Nasdaq Market Technology and Switzerland’s SIX Securities Services are exploring digital ledger technologies for stock market trades. IBM and Microsoft have introduced blockchain platforms. But despite the growing buzz about crypto-technologies, most consumers remain puzzled by what it all means.Dragan Boscovic, an Arizona State University computer science p... 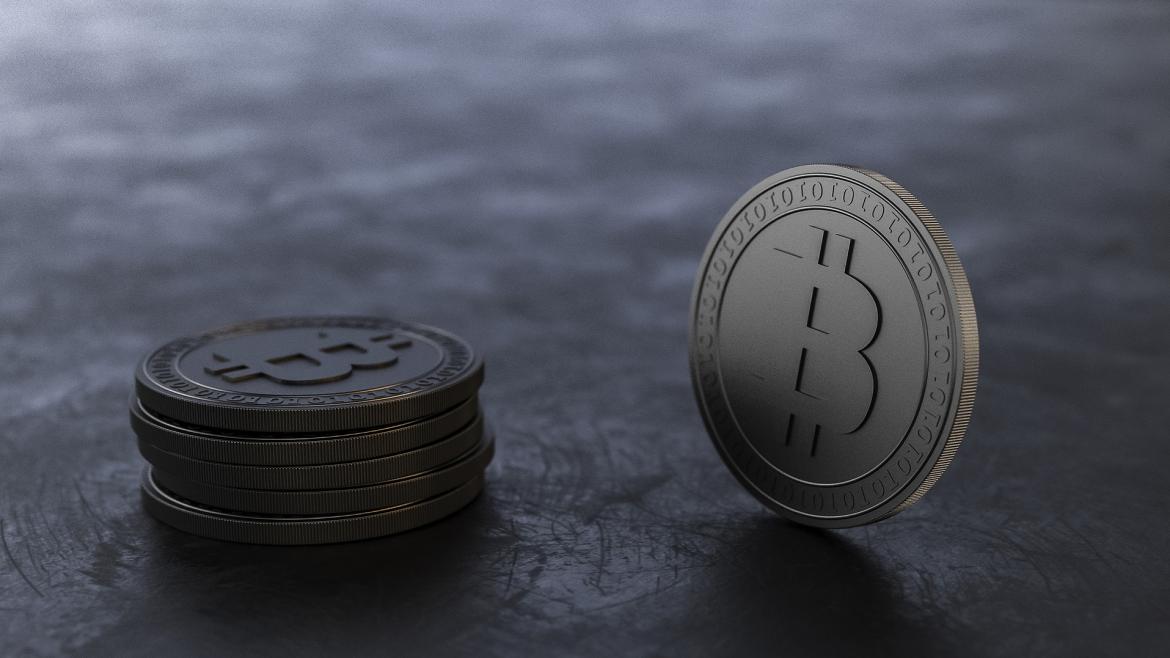 Navigate your way through Dash, Bitcoin and smart contracts

Many consumers are still confused by cryptocurrency, blockchain; ASU director explains how the technology works

Dash is up and Bitcoin is down. U.S. Nasdaq Market Technology and Switzerland’s SIX Securities Services are exploring digital ledger technologies for stock market trades. IBM and Microsoft have introduced blockchain platforms.

But despite the growing buzz about crypto-technologies, most consumers remain puzzled by what it all means. 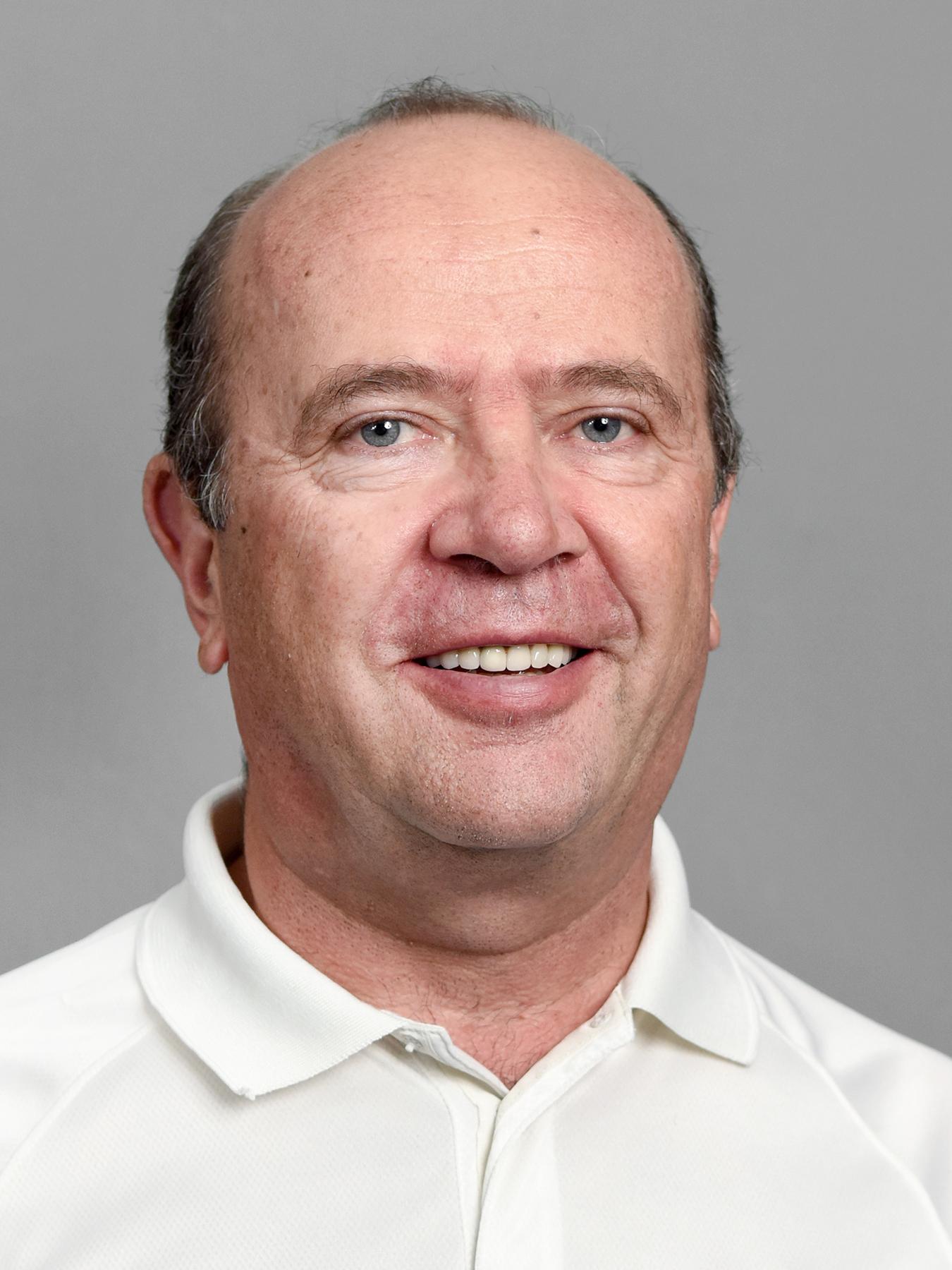 Question: What is cryptocurrency?

Answer: Digital currencies, like Dash and Bitcoin, are also known as a “cryptocurrencies.” They are a decentralized form of online money that doesn’t require or rely on government controls, banks and credit card companies.

Cryptocurrencies offer a form of money that is portable, inexpensive, divisible and fast. It can be spent easily and instantly online at merchants across the globe, at much lower fees than credit and debit cards.

Since the original cryptocurrency — Bitcoin — was launched in 2009, more than 1,300 different cryptocurrencies have been introduced. Dash, short for digital cash, is among the top 10 digital currencies. It was built from Bitcoin’s code base, but implemented with a number of improvements.

Dash has partnered with Arizona State University to launch the Blockchain Research Lab.

Q: What is a blockchain?

A: Blockchain is a decentralized, digital ledger system that serves as the foundation upon which Bitcoin and other cryptocurrencies operate. Just as a public record of a town’s transactions enables the community to verify property ownership, blockchain uses a wide network to keep track of digital transactions, whether they are cryptocurrency, property transfers or contracts for goods or services. It’s a chain because additions or changes can only be made by adding new information to the end.

This means the blockchain cannot be surreptitiously edited or changed. Once the transaction is encoded in the blockchain and becomes part of the “chain,” the parties cannot reverse or alter it without mutual agreement and the creation of a new transaction record that affirms the change.

Blockchains can be public, open-source networks or private ledgers that require explicit permission to read or add transactions.

Q: Where is the blockchain?

A: Blockchains are replicated on networked computers around the globe and accessible to anyone with internet access.

However, a specific group of network participants, called “miners,” are responsible for inputting and validating transactions from users. Only after these transactions are validated and encrypted by miners are they added to the blockchain.

Q: How do blockchain transactions work?

A: Using the Dash cryptocurrency blockchain as an example, transaction ownership is determined by two cryptographic keys. A public key is visible to anyone who has access to the blockchain. A private key is held by the owner and not made visible on the blockchain.

• Peter wants to transfer a single Dash unit to Paul.
• Paul sets up a digital address to which Peter will send the cryptocurrency, plus a digital “key” that will enable Paul to collect the payment once it arrives.
• When Peter sends the Dash, it is encoded with a chunk of text that includes the amount and Peter’s “address.”
• The transaction record is sent to every computer running “mining” software for the Dash currency.
• The transaction is added to the distributed blockchain ledger.

• Paul wants to send Michael a single Dash unit.
• Michael sets up an address and a key.
• Paul takes the Dash unit he got from Peter, uses his address and key from that original transfer, and signs the Dash unit over to Michael.
• This new transaction is sent to all of the Dash-mining computers to make sure that Dash unit is still in Paul’s account.
• After validating the funds are there, the Dash miners authorize the transaction.
• The transaction is added to the distributed blockchain ledger.

A: Blockchain’s technological infrastructure has a number of elements that make it desirable.

1. The identities of the transaction participants are encrypted; it is unnecessary to share those identities unless all parties agree. Despite the lack of identity, the transaction is verified; there is no “backing out of the deal” once the blockchain has done its job.

• When Peter makes a cryptocurrency exchange with Paul, they don’t need to know each other’s identity for the transaction to be executed.
• This ensures that Paul can’t later hack the account from which Peter funded the transaction.

2. The blockchain ledger confirms the “spendable balance” for each transaction, ensuring in advance that the exchange won’t “bounce” for lack of funds or property.

4. Blockchain transactions bypass intermediaries, like banks and credit card companies, and their fees. These third parties have historically served as the “keepers of trust,” notarizing documents, releasing funds from accounts and verifying the transactions have taken place — all steps that take time and cost money. Blockchain technology itself serves as the keeper of trust, providing a permanent record of verified transactions.

5. Because using cryptocurrency can lower transaction fees and, thus, minimum transaction amounts, some believe that micro-transaction blockchains may transform how consumers pay for services and products such as music and individual news articles.

6. Increasing numbers of merchants are accepting cryptocurrency because it eliminates credit card fraud.

Q: Who owns and manages the blockchain?

It depends on the type of blockchain.

• Public blockchains, like most that deal with cryptocurrencies, have no governing bodies. They are designed to bypass third parties and support peer-to-peer transactions. Anyone can join and participate in the network (although identities of those making transactions remain private).

• Private blockchains are controlled by one organization that determines who may have access to read the data or participate in transactions. In some cases, users are authorized for only specific transactions. Because one entity controls the blockchain, transactions are faster and fees are lower.

At the moment, no one entity owns the blockchain. However, if 51 percent of the blockchain became controlled by a group of cryptographers working in collaboration, that group could take over the chain.

Currently, cryptocurrency mining requires lots of electrical power, and as a result, miners are located in countries where power is not expensive. Because such countries tend to be those in which government has overriding control of business, there is concern that a government may claim ownership of a public blockchain.

Q: If banks are not a part of cryptocurrency exchanges, where are my assets stored?

A: Cryptocurrency is stored in a digital “wallet” which, for each transaction, holds elliptic curve digital signature algorithm (ECDSA) keypairs. These pairs are comprised of a public key that identifies the transaction, and a private key known only to the “owner” and used to decrypt the transaction to transfer the “coins” for goods or cash.

Q: How can I spend my cryptocurrency? Do merchants accept all of them?

A: The list of merchants that accept cryptocurrencies is expanding and includes merchants like Overstock and Expedia. But for now, most users can cash out via their wallets and have the funds deposited into a specified bank account. Several digital-asset exchanges around the world provide trading pairs with fiatFiat money is currency such as paper bills that is not convertible into coins. and other digital currencies, as well as bank wire transfers.