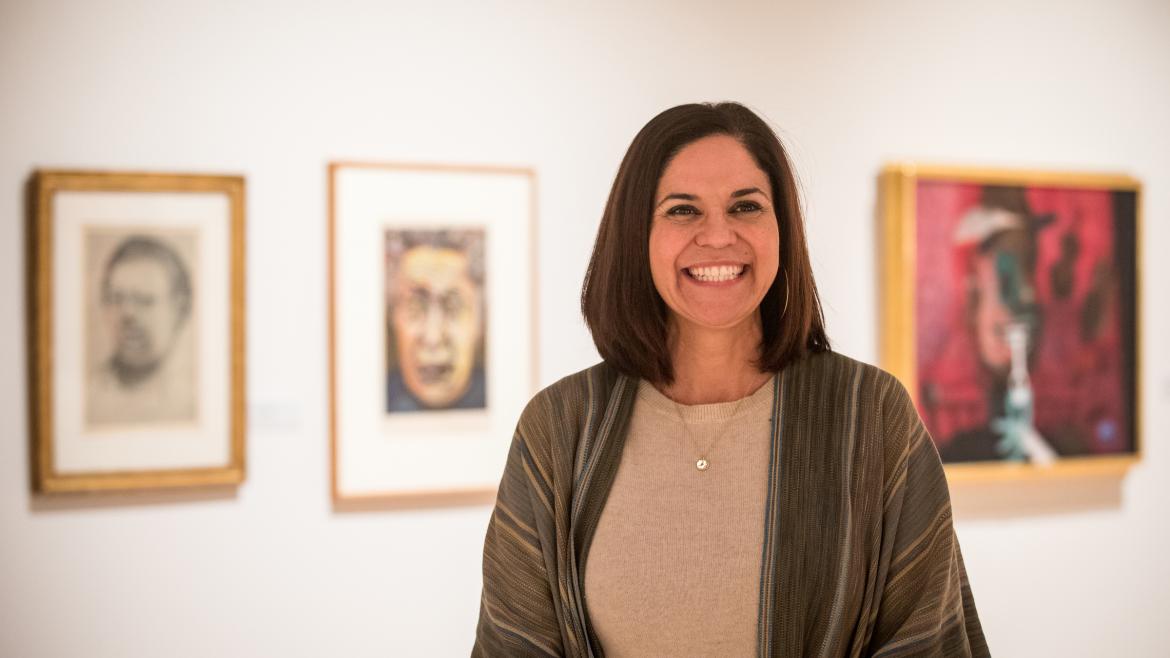 Creating art is not a formal, quiet process, and viewing it in a museum should not be either.

Miki Garcia, the new director of the ASU Art Museum, wants to pull back the curtain on the university’s vibrant permanent collection of art and the way its treasures are exhibited. To Garcia, seeing art should be a two-way street.

“My experiences with art have not always been quiet,” she said. “I’d like to open the experience up and transform our public spaces into places where people can work and live and hang out and it’s not a temple of quietude.”

Garcia, who started Dec. 1, came to ASUThe previous director, Gordon Knox, left ASU in 2016 to become president of the San Francisco Art Institute. after serving as executive director and chief curator of the Museum of Contemporary Art Santa Barbara. In her 13 years there, she experimented with different ways of relaxing the formal world of exhibitions — a concept she thinks will work well at ASU.

“Museums have had this tradition of being presenting institutions — all the decisions, everything that happens, happens behind the scenes and when the public arrives at the gallery, they see a very clean, white wall with objects presented in isolation.

“Oftentimes the disposition of the museum is that we are the experts and we assume we will impart our information onto you. I’m interested in challenging that notion. I believe we have expertise, but I also believe you the audience member also have expertise and we can work with each other,” she said.

Among her ideas: setting up maker spaces in which visitors can create art after seeing an exhibit, starting conversations between the audience and the experts and incorporating storytelling.

“It’s about peeking behind the curtain and revealing the process, which is actually what audiences are desiring,” she said.

The ASU museum has done groundbreaking work before, she said.

“Marilyn ZeitlinZeitlin served as the ASU Art Museum director from 1992 to 2007. developed a great program, and in her time here the museum did some of the first exhibitions of Cuban art ever in the United States,” she said.

She is impressed by the permanent collectionRivera’s “Niña Parada” (1937) is currently on display, while O’Keeffe’s “Horse's Skull on Blue” (1930) and Hopper’s “House by a Road” (1942) are not., which includes Georgia O’Keeffe’s first skull painting and works by Diego Rivera and Edward Hopper, and she would like the museum’s treasures to be a more visible point of pride on campus.

“I’m interested in licensing. I think about students having a poster of the Georgia O’Keeffe skull hanging in their dorm room that says ASU Art Museum,” said Garcia, who noted that the museum has more than 50 works that represent devils.

“I’m interested in making it accessible to different audiences via programming but also posters, tote bags, all kinds of things so we all feel pride in what this museum has to offer.”

Garcia spent years working for nonprofit museums and has faced the new challenges, such as fierce competition from wealthy private collectors and commercial art galleries.

Museums are also recognizing that they’re largely run by white people for white audiences. A 2015 report from the Mellon Foundation found that 72 percent of museum staff is white, and among the jobs of curators, educators and leadership, it’s 84 percent white. A 2010 survey by the American Association of Museums found that 79 percent of museum visitors are white.

Garcia is passionate about creating a museum that reflects the community — a commitment far deeper than one program or outreach initiative.

“It’s not about getting ‘them’ to come here. It’s about, ‘Do we look like the people we are trying to serve?’” she said. 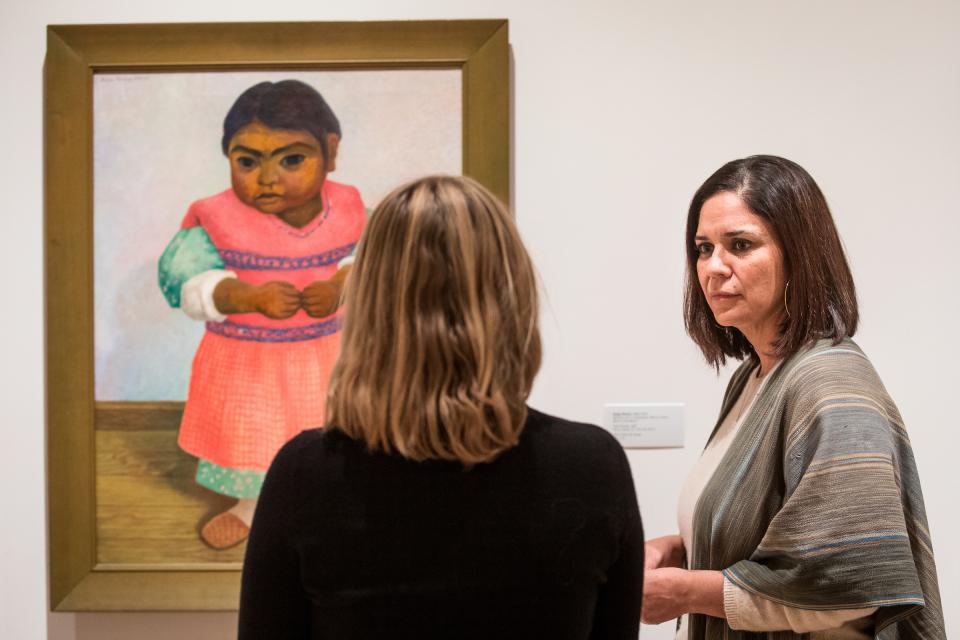 Miki Garcia (right) in front of Diego Rivera's "Niña Parada" in the ASU Art Museum. "Rivera is responsible for bringing the face of indigenous people to the canon of art and representation in Mexico," she said. Photo by Charlie Leight/ASU Now

ASU’s museum has one huge advantage when it comes to fostering inclusivity: its students. Garcia noted that 70 percent of the “museum ambassador” student workers will be the first in their families to earn a college degree.

“I already have a pool of people for focus groups,” she said.

Garcia comes from a family of artists who loved to visit museums, though she is not an artist herself and never intended to work in the arts.

One semester while she was in college, one of the few classes available was art history 101.

“It was transformational,” she said. She earned her bachelor’s degree in art history and got a job at the Jack Blanton Museum of Art at the University of Texas, where she earned a master’s degree, specializing in Latin American and Chicano art.

“I worked for the curator of contemporary art because I didn’t want to work in isolation. I wanted to contribute the work of Latin American and Latino artists into a broader conversation and invite them into the canon,” she said.

Garcia has a lot of ideas about how to transform the museum experience, and she believes ASU is the perfect fit for invention.

“I found there was not only an appetite for that kind of thinking here but support and encouragement for innovation,” she said.

“The ASU Art Museum has room to experiment and take risks in a way that other museums can’t afford to do.”

Top photo: Miki Garcia, the new director of the ASU Art Museum, said that art is not created in isolation and it shouldn't be exhibited that way. Photo by Charlie Leight/ASU Now

As the second semester of the academic year begins at Arizona State University, many freshmen are facing the reality that they need to build up an important skill for college life: time management.Many freshmen are overwhelmed by the unstructured nature of the semester, according to Sarah Bennett, an associate director at University Academic Success Programs.Bennett runs time-management workshops ... 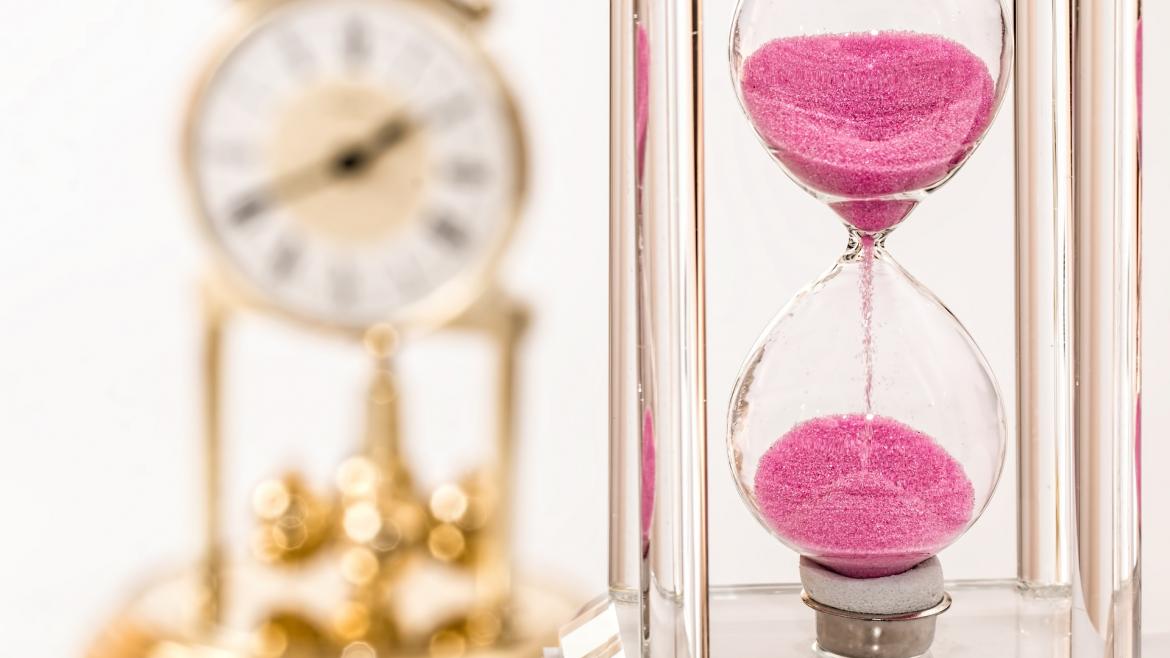 University workshops keep Sun Devils on track; in addition, student-developed phone app can help with due dates and scheduling

As the second semester of the academic year begins at Arizona State University, many freshmen are facing the reality that they need to build up an important skill for college life: time management.

Many freshmen are overwhelmed by the unstructured nature of the semester, according to Sarah Bennett, an associate director at University Academic Success Programs.

Bennett runs time-management workshops for students, and this time of year she often works with freshmen who are on academic probation.

“Many students are used to having somebody say, ‘Don’t forget this homework is due on Friday.’ In high school, your teachers are reminding you about assignments and you have your family asking you, ‘Have you started working on this?’ ”

But not in college.

“For a lot of students, that’s a shock,” she said.

Some honor students can be susceptible to time-management issues because in high school, they didn’t have to spend a lot of time studying to get good grades, Bennett said.

“If they didn’t have to put in a lot of effort, they don’t realize the amount of time it takes to study for a course,” she said. “That time element is something new for them.”

Bennett said much of the advice in her workshops is common sense.

“But when they’re actually hearing it from somebody, it can be enough to get them to change their habits.”

Here are some of Bennett’s tips for managing time:

1. Go to class. Bennett said that many students don’t realize the impact that attending class has on their long-term success in courses. She’s now working with students who failed the one-credit introductory courses in their college because they believed it was so easy, they didn’t need to go.

2. Turn in all assignments on time. Too often students think the “little” assignments do not matter, she said. Points for assignments quickly add up, and students are surprised when they end up with a B in a class after getting all A’s on the exams, simply because they did not turn in the homework.

3. Map out study time. The general rule is two hours of study and homework time for every one hour of class per week. Treat study time like a class.

4. Study smarter. The amount of time recommended to study and do homework can seem overwhelming, so students should break it down into smaller chunks. Spend 15 minutes between classes rereading lecture notes from the previous class. The material will be fresh, and additional notes and questions can be added.

5. Put all due dates in your calendar. As soon as they get their syllabi, students need to write down all due dates for all assignments for all courses in the same place, Bennett said, noting that students should never be surprised by an assignment.

Students can get quick help with that last tip, thanks to a fellow ASU student who invented an app for that.

Last semester, Tad Crother, a senior who is majoring in business sustainability, launched Shlacker, a free app that automatically populates the user’s calendar with assignment due dates based on ASU course syllabi. 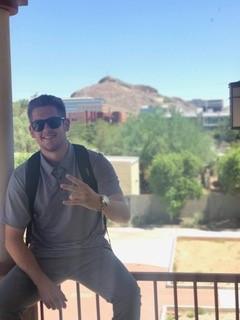 Tad Crother, a senior majoring in business sustainability, invented the Shlacker app as a time saver.

He thought up the idea when he was a freshman and had to manually input every class assignment date into his laptop.

“I was wishing there was something that could do it for me,” he said. “But I don’t have a tech background at all so it took me a year to acquaint myself with the tech industry.”

Crother learned some coding but ultimately outsourced the development and was able to release the free app in 2017. It was downloaded nearly 2,000 times.

“It started out as a hobby more than anything else,” he said. “The more I learned, the more excited I got.”

Crother had to practice time management himself. In addition to developing ShlackerStudents are invited to email their class syllabi to the app at submit@shlacker.io, he’s a full-time student and also works in marketing and event operations for Uber.

“The app didn’t feel like work because I was excited about it,” he said. “I spent all my free time on it.”

Crother said that students have told him the app is helpful in remembering to study for upcoming tests.

“And being able to realize a couple of days out that you have an assignment due means you’ll never miss one,” he said.

“Missing just one assignment can change an entire letter grade.”

Shlacker is available for iOS in the App Store. Find information about ASU workshops on time management, tutoring and other topics here.