A research project, personal experience or academic course often drives students into a particular field of study. For Arizona State University alumna Teresa Brandt, it was her inherent curiosity that led her to study molecular and cellular biology.

“I’m very curious and this field has allowed me to explore my curiosity in science,” Brandt said. “Exploring science and being a role model for my family and my kids in doing a job that’s meaningful and rewarding drives me to stay in science and to mentor young scientists as well.” 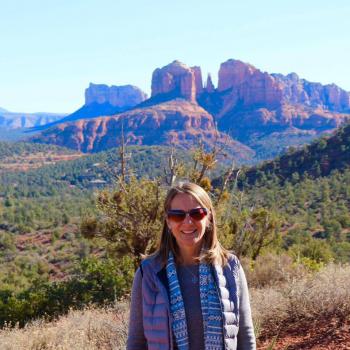 Arizona State University alumna Teresa Brandt graduated with a doctorate in molecular and cellular biology from the School of Life Sciences in 2000. Download Full Image

Brandt graduated with a doctorate in molecular and cellular biology from the School of Life Sciences, a unit in the College of Liberal Arts and Sciences, in 2000. She was drawn to the university by the research of Bertram Jacobs, a professor of virology and director of the school. His research focuses on the development of a vaccine for HIV. He is also one of the world’s foremost experts on vaccinia, a cousin of the smallpox virus.

“Dr. Jacobs’ research was very interesting to me as I was reading (about) the different labs I might be able to work in at ASU,” Brandt said. “I know his lab is very high quality and there had been a lot of excellent science coming out of his lab.”

After graduating, Brandt went into a post-doctoral position at Johns Hopkins University in the School of Public Health. She taught and mentored students while conducting scientific research to study the mechanisms of programmed cell death in neurons.

“That was my first stop,” she said. “Afterwards, I went to a company where I was studying neurodegenerative diseases. They were developing drugs for symptoms of patients who had amyotrophic lateral sclerosis (ALS), or Lou Gehrig’s disease. That was my introduction to the industry, and I’ve been working in the pharmaceutical industry ever since.”

Currently, Brandt is in regulatory affairs as a senior director at ACADIA Pharmaceuticals, Inc. It is her job to match the science of the drugs that are developed with the need of the patients, she said.

“I help the company take the drug from research to Food and Drug Administration approval and also to approval of worldwide regulatory bodies so the drug can then be marketed and sold throughout the world,” Brandt said.

… starts with a well-rounded education

During her time at ASU, Brandt was able to learn a number of skills, including public speaking, that she would later use for her career.

“The college and university not only expanded my scientific expertise and ability to study new things, but it also provided me with an ability to present publicly,” Brandt said. “Also, writing manuscripts and publications; those skills are all very important for being successful in really any scientific job, whether it’s in industry or in academia.”

She is excited to return to the university this fall as a CLAS Leader, a program recognizing exceptional alumni from the College of Liberal Arts and Sciences.

“I’m looking forward to coming back and seeing some old friends and I’ll definitely enjoy giving back to ASU,” Brandt said. “I think it gives me great pleasure and honor to be able to come back and share what I have done since I’ve left and be able to give a vision to the students of at least one life that can be used as an example of what you can do with your degree and career.”

She encourages current students and recent alumni to follow their instincts and to take their time in school.

“Learn everything you can when you’re in school and then follow your gut and your heart,” Brandt said. “I think they will take you to a place where you’ll be happy and you’ll thrive.”

Legacy of harp continues at ASU with renowned music professor

The harp, one of the oldest known instruments in the history of music, has existed in one form or another in every land since 3000 B.C. Evolving from simple strings to electro-acoustic technologies, the harp's music has transitioned from medieval to modern and from acoustic to electric.Lynne Aspnes, a harp virtuoso and educator whose career with the instrument has taken her around the globe, said...

Legacy of harp continues at ASU with renowned music professor

The harp, one of the oldest known instruments in the history of music, has existed in one form or another in every land since 3000 B.C. Evolving from simple strings to electro-acoustic technologies, the harp's music has transitioned from medieval to modern and from acoustic to electric.

Lynne Aspnes, a harp virtuoso and educator whose career with the instrument has taken her around the globe, said she is delighted to rejoin the Arizona State University School of Music faculty in fall 2018. 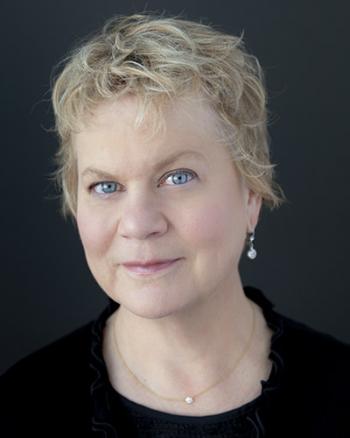 Lynne Aspnes, a harp virtuoso and educator, said she is delighted to rejoin the ASU School of Music faculty in fall 2018. Download Full Image

She is a professor emeritus of harp at the University of Michigan and previously served as associate dean for the Herberger Institute for Design and the Arts at ASU from 2007-2009.

“I believe in an environment that encourages students’ aspirations, and in programs that work with students to acquire skills that they didn’t have when coming in the door,” said Aspnes. “I think that the commitment and design imperatives of ASU are exactly where my interests and my excitement lie in teaching. It’s 100 percent about making this a resource where students come to develop what they want to do with the harp, to seriously take their abilities to the next level and to realize their aspirations. I think the opportunity for a student to say, ‘This is where I want to go and this is a school where I can develop these possibilities’ — is a school I want to be connected to.”

From the highly trained student to the student who is committed to an arts discipline as part of a broader curriculum at the university level — any background can lead to a valid avenue for Aspnes. She said it is not about students' backgrounds, but rather where they want to go.

In her teaching, Aspnes strives to make the student independent — to help the student develop the ability to make decisions, to understand their process, to have the materials that they need and to move forward without her. She aims to instill a sense of intellectual curiosity, musical and technical security and performance confidence in her students, with an eye toward creating independent thinkers and artists who are confident about their abilities and potential contributions.

There are more young people studying musical instruments than we realize, Aspnes said, and they integrate their music with all their cultural and humanities interests. There can be a dichotomy for students who feel they want to continue being musically artistic, and also pursue academic opportunities. They are not aware that they can do both while attending college. For Aspnes, this is a population of students to be cultivated, served and nurtured.

“I want to work with the School of Music, with these students, and with establishing this particular discipline at the level that this school has earned," said Aspnes. "ASU has a genuinely great music school, and I am lucky to be part of this strong and committed faculty."