This externship program was made possible due to the collaboration of Cynthia Garcia-Coll and Richard Fabes. Garcia-Coll is the associate director of the Institutional Center of Scientific Research of the Albizu University Puerto Rico campus. Fabes is the school director and professor of the T. Denny Sanford School of Social and Family Dynamics at ASU. The goal of this collaboration is for students to gain more diverse experience as researchers.

Molano has been working as a music teacher and handbell choir director for the last 27 years. She is currently working at Colegio La Piedad in Isla Verde, Puerto Rio as a preschool music teacher. As a music teacher, Molano noticed that schools were falling short, and new forms of interventions and support are urgently needed to create healthy communities. This inspired her to pursue a doctorate in clinical psychology, where she is developing the knowledge and skills that will help her in working with communities in Puerto Rico. 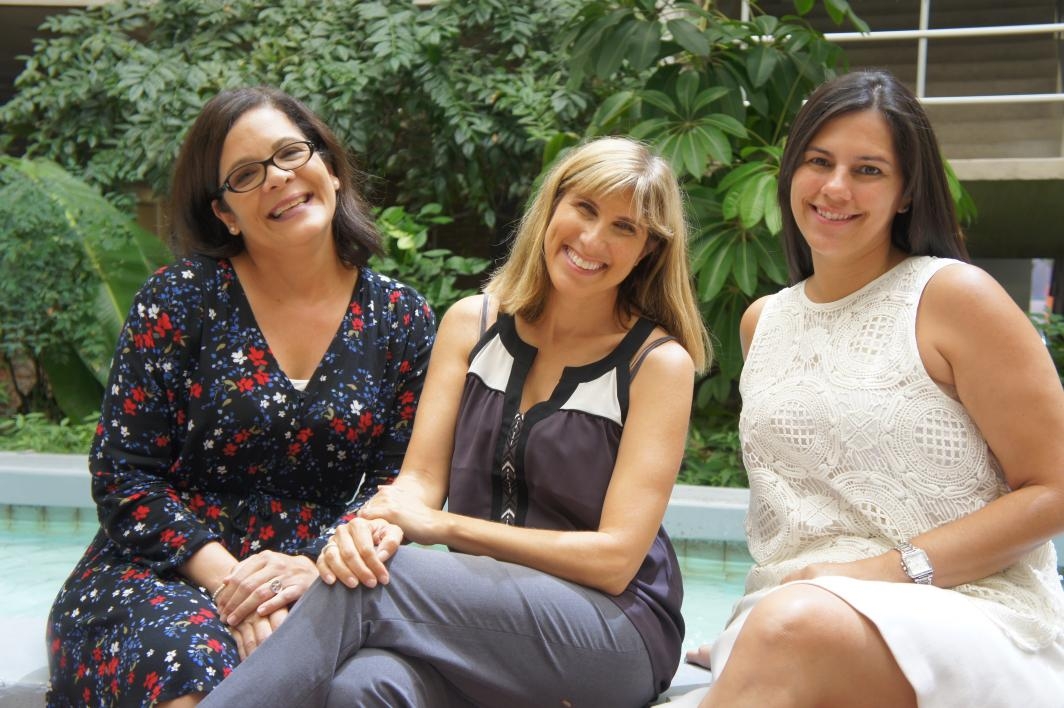 Ariadna Aldarondo Hernandezand and Yaddira Molano at the Grand Canyon. 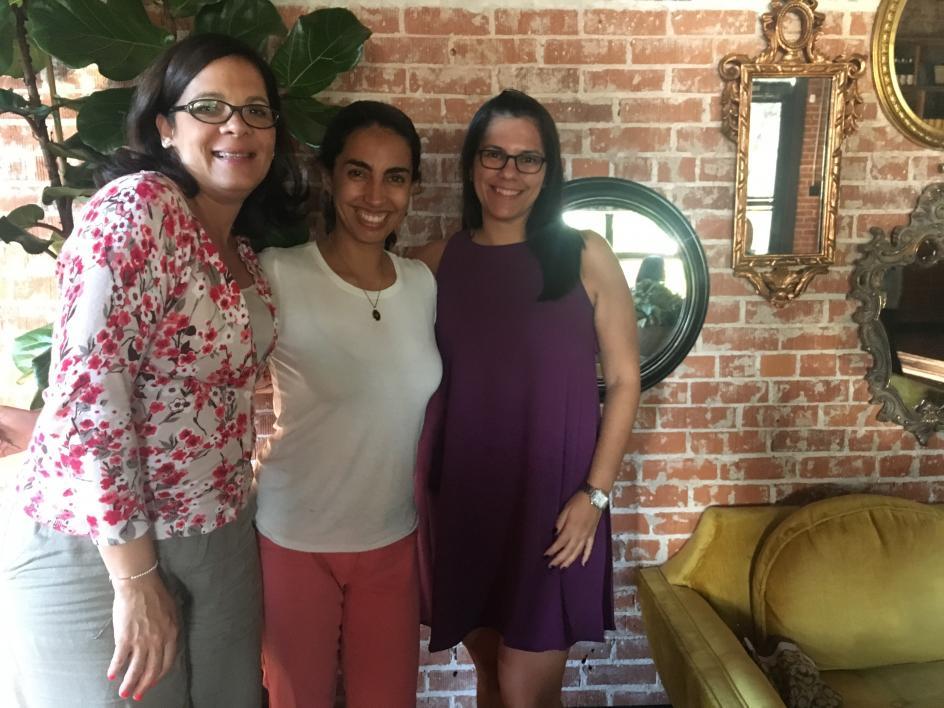 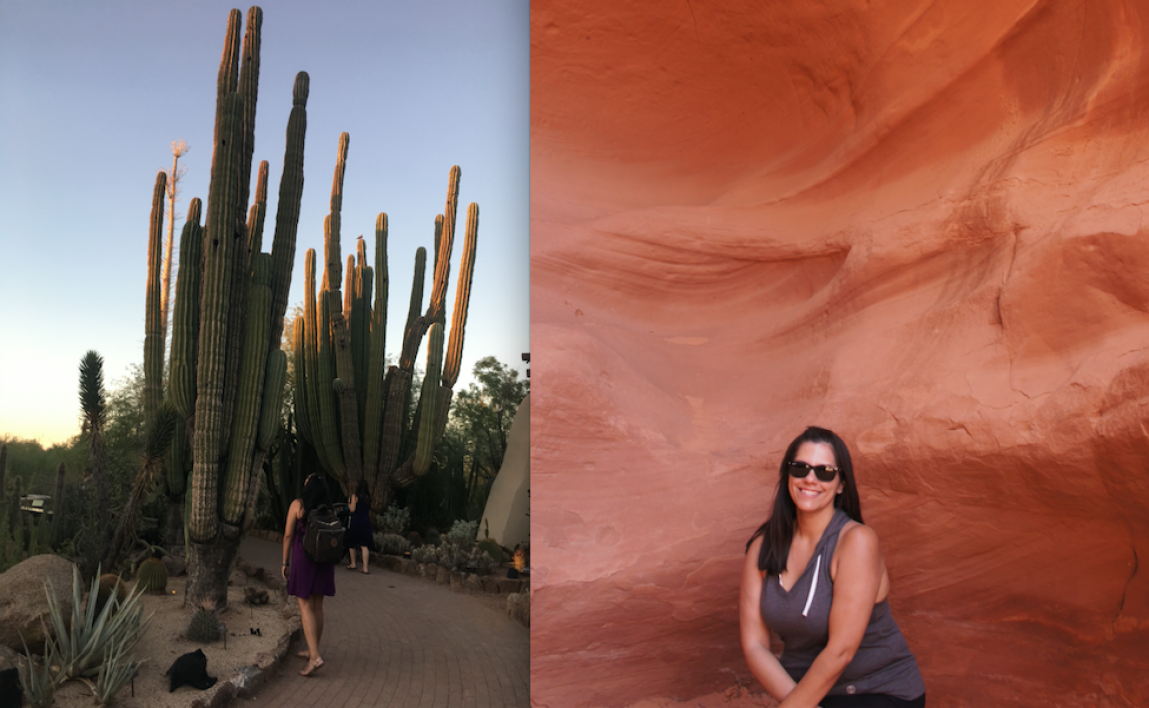 Through her experiences in the classroom and school community, Molano realized the urgent need to help children develop socio-emotional skills. Molano strongly believes that education is one of the most important and effective tools to help develop healthy and happy communities.

“My 'wow' moment was witnessing an extremely active group of people with such strong commitment to connect the knowledge developed in academia with the community,” Molano said. “Research findings are translated into action. It was life changing for me to experience such a great group of professionals that are willing to share their knowledge in such a generous way and in doing so, making profound impact in the lives of others.”

These experiences reflect the school's focus on the well-being of children, youth and families.

“I was truly surprised by how involved the [School of Social and Family Dynamics] is with the community and how individuals and community are always in the forefront of ideas and designs of projects and interventions to make a difference in people’s lives,” Aldarondo Hernandez said.

Both summer cohort students will return to ASU in February 2018 to attend and present at the first Diversity and Inclusion Science Initiative Graduate Research Conference.

Editor’s note: This is part of a series of profiles for fall 2017 commencement. See more graduates here.For Sarah Knapp, it has taken six years to get to this day. After taking her general education classes at a junior college in Southern California, Knapp was ready to transfer and was beginning to apply to local universities. It was during this time that Knapp lost her mother — her biggest c...

Tempe campus , Online , The College of Liberal Arts and Sciences , School of International Letters and Cultures

For Sarah Knapp, it has taken six years to get to this day. After taking her general education classes at a junior college in Southern California, Knapp was ready to transfer and was beginning to apply to local universities. It was during this time that Knapp lost her mother — her biggest cheerleader — and decided to relocate closer to family.

After moving near her sister in Northern California, Knapp was ready to get back on track when she learned about ASU Online and the Starbucks College Achievement Plan.

“I had applied to a few universities in the Bay Area where my sister lives. During this time, while I was trying to figure out where to live and what to do, I heard about the Starbucks College Achievement Plan and applied for a job with Starbucks,” Knapp said. “This eventually lead me to Arizona State."

The only person in her family to attend college, Knapp, a family and human development major, plans on working in special education after graduation: “The highlight for me during my program, was taking the child development classes. In addition to personal experiences I have had, it was fascinating to be able to interact with my nieces and nephews using what I learned in class and seeing the different development in action."

Knapp, who made the Dean’s List during her time at ASU and is looking forward to coming to campus for the first time for graduation, answered some questions about her experience with ASU Online.

A: When I was in high school, I volunteered in the office of a children’s therapist. Being able to work with her, and seeing the difference she made and the milestones the children were hitting was amazing. This started during my sophomore or junior year of high school and I continue to volunteer when I am back home.

A: I learned a lot about the importance of diversity. Being open to other people's backgrounds, their everyday situations and different opinions on topics that were discussed. Whether a slight difference of my own opinion, or a complete (180), it completely opened my eyes, that even if I didn’t agree with something, that it was OK.

A: When I moved to Northern California to be near my sister, I had applied and was accepted to Cal State Northridge. During this same time, as I was looking for a part-time job, I learned that Starbucks offered benefits to part-time employees, including education benefits through Arizona State University and the Starbucks College Achievement Plan. Given that I was starting college a lot later than some of my peers, I knew a number of people from high school that had attended ASU, and all of them talked about how the faculty really cared about their students. That was something I didn’t feel when I was in junior college, so that was huge for me.

After hearing about the experience friends had at ASU, and the Starbucks College Achievement Plan, I decided to apply for a job there. I have now been with Starbucks almost three years.

A: For students that are just starting out, I would say go for it. When I started going back to school, I was nervous and didn’t know what to do or where to start. Just getting started is the most important thing. Take it day by day. For those still in school, hang in there. It's been a long road, and many times I was ready to give up. But I was lucky and had a great support system behind me.

A: Being an online student, I did most of my work from the couch in the living room, where I have a large window that looks out over my front yard. My boyfriend planted a beautiful succulent garden that you can see from inside the house, and it was really peaceful to look out onto while doing schoolwork.

A: I would like to find a job in the field of education, working with preschool-aged special needs students. My long-term goal will be going to graduate school and getting my masters in occupational therapy.

A: I would use the money to implement changes in the social services system. I was in foster care as a child, which was not a fun experience. I would love to see the system restructured and for children to be better cared for.