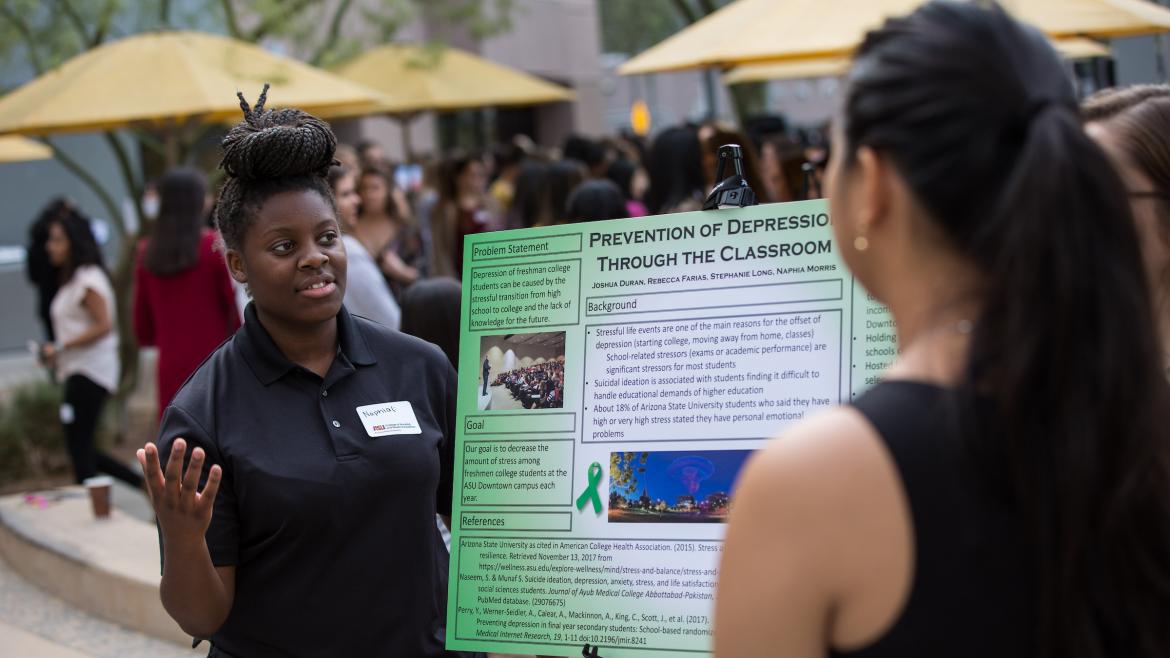 Hundreds of Arizona State University students crowded the courtyard between the Health North and South buildings Friday afternoon in downtown Phoenix. On display were posters they’d worked on all semester, with titles like “One Nation under Opioids,” “Abuse at Geriatric Homes” and “HIV Accessibility in Nigeria.”

Tough issues for any undergrad to tackle but especially for a freshman, which all of them were. The posters were the culmination of a semester-long endeavor for their ASU 101 course called the Health Innovation Project.

Nancy Kiernan, senior director of academic services and ASU 101 instructor for the college, said the exhibition began three years ago as a way to “start infusing the innovation process as early as freshman year.”

“It’s really about getting them to think of themselves as problem solvers and critical thinkers,” she said.

ASU 101 instructors at CONHI start early in the semester introducing students to the step-by-step process by which innovative solutions are arrived at. First, students identify a health care problem to address, which can be a challenging process in itself.

Nursing freshman Rebecca Farias, whose team settled on “Prevention of Depression Through the Classroom,” said it took them a while to narrow down their topic. They started with the idea to address depression in general, then whittled it down to a particular stressor — in this case, depression caused by the transition from high school to college — then began to think of ways to prevent it.

“Some students struggle with the big picture,” Kiernan said. “This gets them to think about how to take a large-scale problem and work collaboratively with a team and meet deadlines to make an impact.”

Farias’ team’s solution was to send ASU students to talk to high school students about their own experiences and what to expect — a college-prep talk focused more on the social and emotional aspects rather than the brass tacks of financials and grades.

“We really had to think about all aspects of the problem to make the solution a reality,” Farias said.

In addition to encouraging students to think differently about how to address problems in their field, the project also teaches them basic research skills that no doubt come in handy later in their academic careers and beyond.

Community health freshman Nikkalaus Cheever said learning how to use the ASU Library’s online catalogue of scholarly articles was invaluable when researching statistics on homelessness for his team’s project, since sources of information need to be credible.

This was the first year in the exhibition’s three-year history in which a winner was named: “Lack of Comprehensive Sexual Education in Schools,” created by nursing freshmen Alena Britt and Ashley Pinkerton and community health freshmen Grace Lillibridge and Grace Smith. 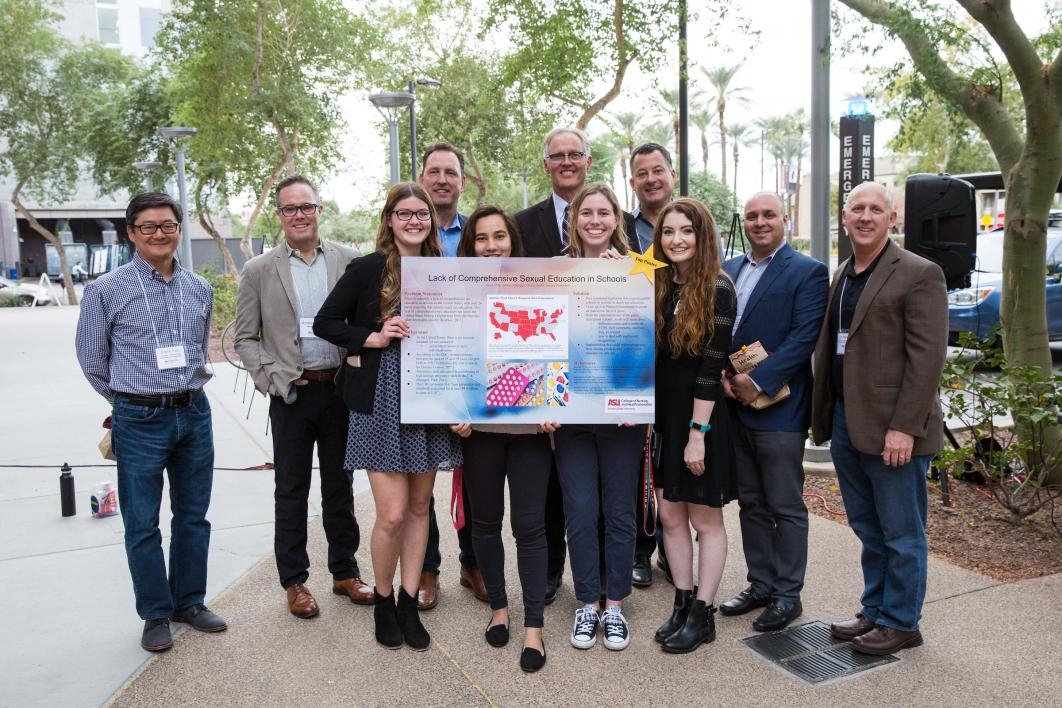 Winners of the Health Innovation Exhibition (from left) Alena Britt, Grace Lillibridge, Grace Smith and Ashley Pinkerton stand with the judges after the exhibition Friday on ASU's Downtown Phoenix campus. 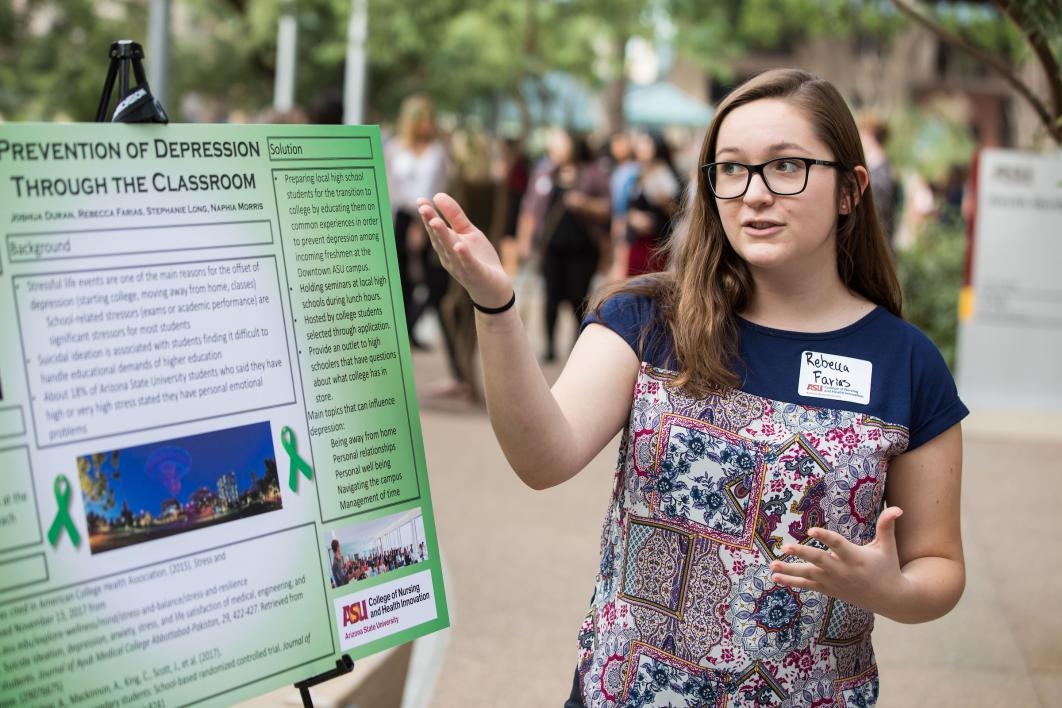 Nursing freshman Rebecca Farias presents her group's work on the prevention of depression during the Health Innovation Exhibition. The team’s solution was to send ASU students to talk to high school students about their own experiences and what to expect — a college-prep talk focused more on the social and emotional aspects rather than the brass tacks of financials and grades. Nursing instructor Richard Montague asks students about their research project on the "freshmen 15" during the exhibition Friday. 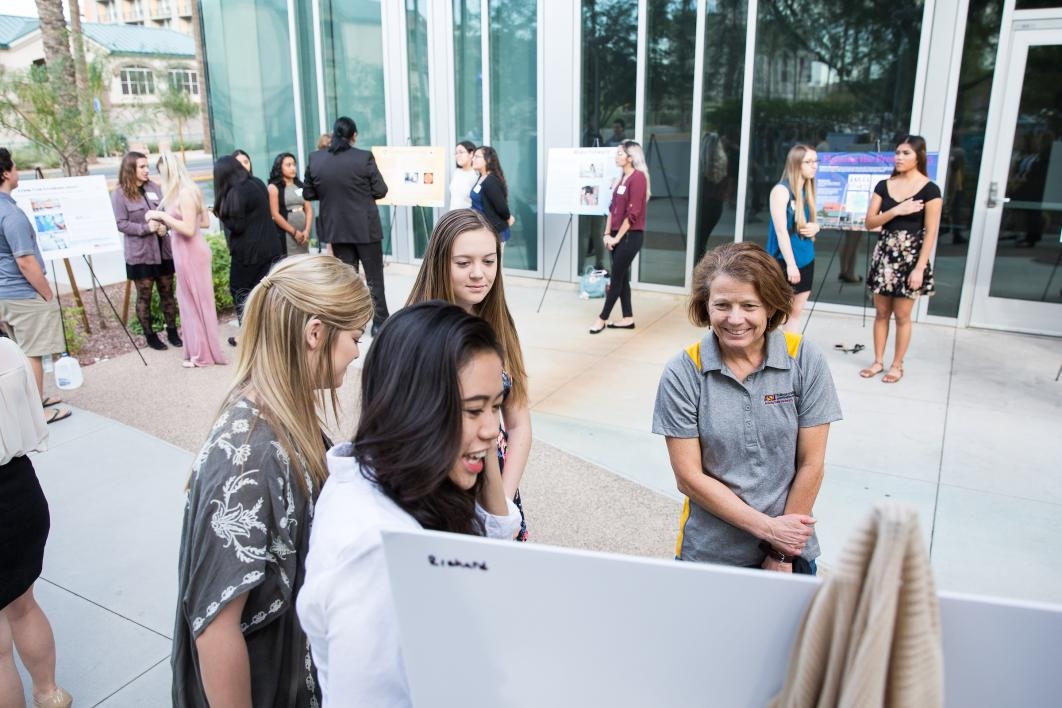 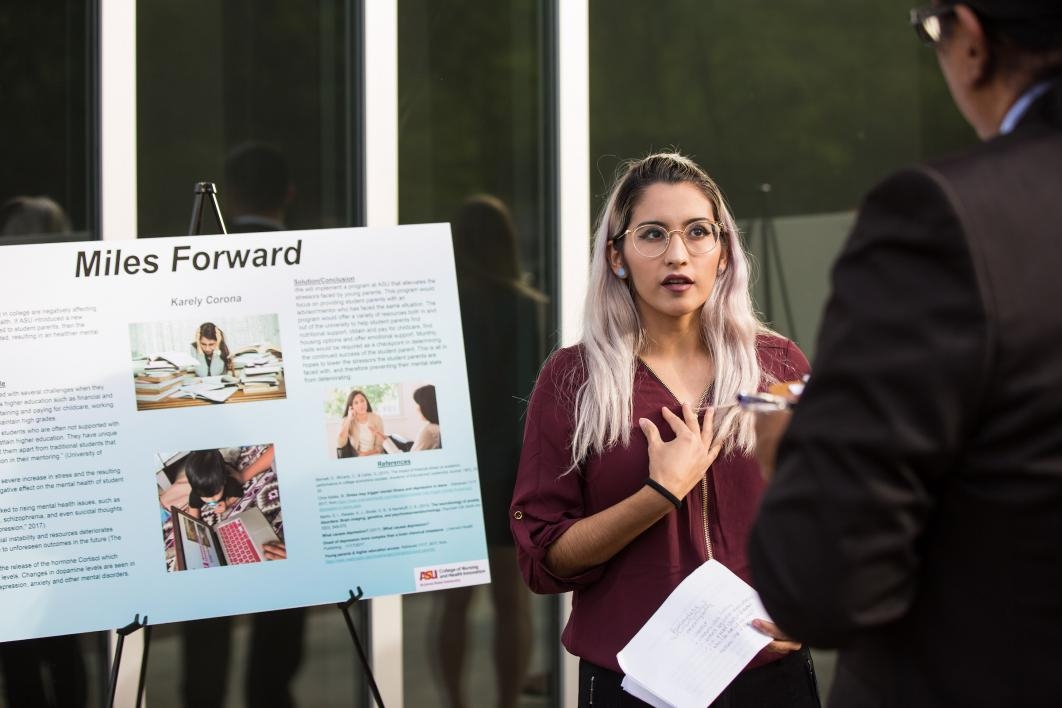 Freshmen stand by their research posters during the Health Innovation Exhibition at the Downtown Phoenix campus Friday afternoon. 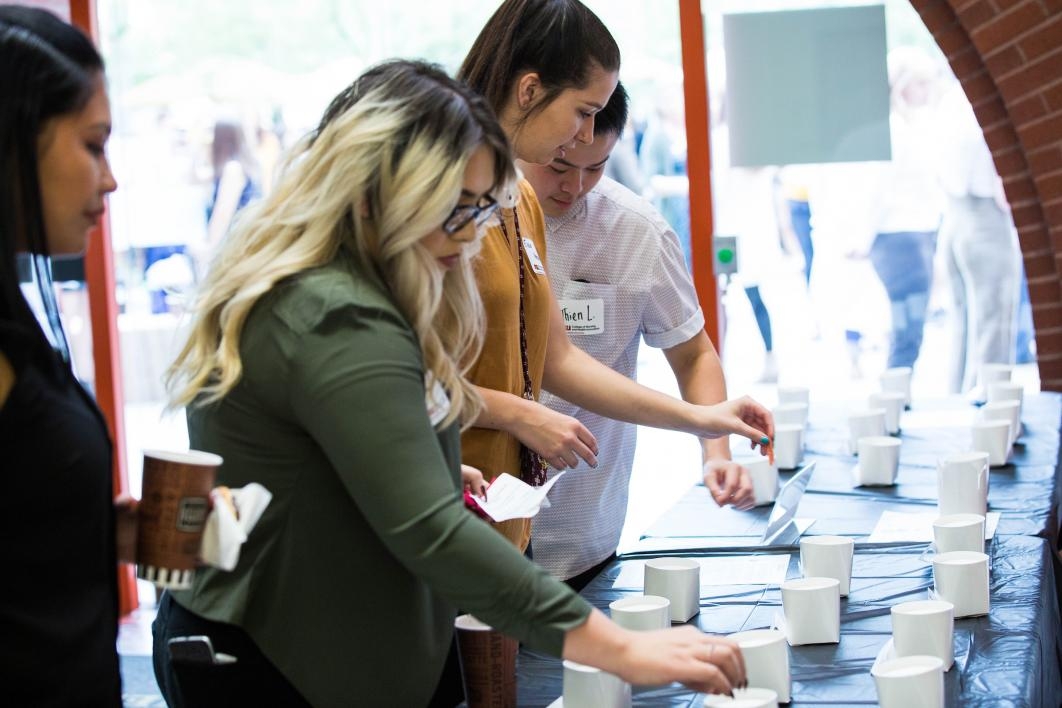 Students vote for their favorite poster Friday afternoon. Each ASU 101 class had selected the top poster to put forward toward the winners circle, and on the day of the event the judges evaluated the posters to select the winners. A “people’s choice” was factored into the overall scores to determine the winner.

Britt said the inspiration for the project came from the team’s realization that she was the only one among them who had received any sort of thorough sex education before college. Pointing to a map on their poster that featured a map of the United States showing which states require sex ed — a gross minority — Britt said, “It’s easy to see why the U.S. has the highest teen pregnancy rate.”

Her team’s solution was to implement a sex ed game via a smartphone app in schools across the country. The game would be similar to The Sims, where players have an avatar and make choices about what actions to take, like whether or not to use birth control when you decide to engage in sexual activity. Based on their choice, the app will display facts such as types of birth control, where you can get it and whether your insurance will cover it.

In second place was “Stopping STI’s One Sun Devil at a Time,” and in third was “Preventing Childhood Drowning.” All three teams were invited to utilize the resources of the newly opened HEALab, a health- and wellness-centric entrepreneurship lab on the Downtown Phoenix campus.

Director of HEALab Rick HallRick Hall also serves as the Healthcare Innovation program director and a clinical professor in CONHI. congratulated the winners and encouraged them to use the lab to help take their product or service to market.

Britt said her team will definitely be doing that.

“Hopefully [with the help of HEALab], we’ll be able to actually get this out there and eventually every state will require sex ed,” she said.

Top photo: Community health freshman Naphia Morris presents her group's work on the prevention of depression through the classroom during the Health Innovation Exhibition on Friday on the Downtown Phoenix campus. The College of Nursing and Health Innovation's ASU 101 freshmen created research projects with solutions to real-world projects. Photo by Deanna Dent/ASU Now

Prince Harry’s recent engagement to American actress Meghan Markle is a contemporary Grace Kelly/Prince Rainier love story. As expected, media and other palace watchers in Britain and Hollywood have been set abuzz by the couple’s glamorous pairing, which includes such compelling storylines as race, divorce, family lineage and power.ASU Now asked Retha Warnicke, a professor in the School of His...

These women are leading the charge for more diversity in STEM 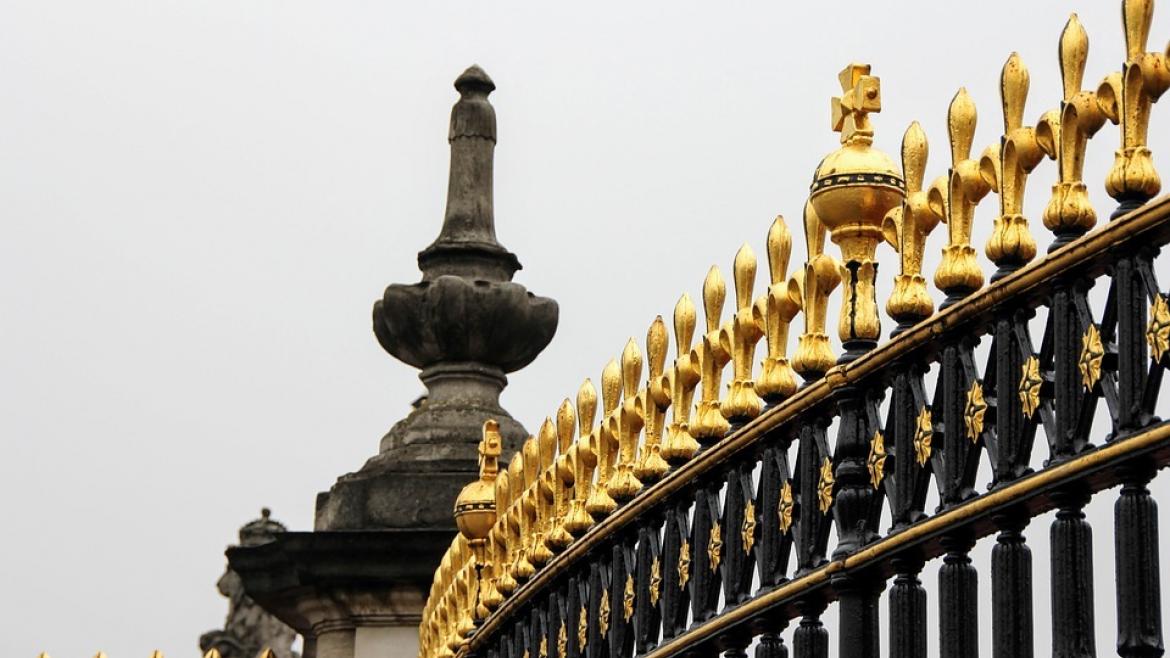 Prince Harry’s recent engagement to American actress Meghan Markle is a contemporary Grace Kelly/Prince Rainier love story. As expected, media and other palace watchers in Britain and Hollywood have been set abuzz by the couple’s glamorous pairing, which includes such compelling storylines as race, divorce, family lineage and power.

ASU Now asked Retha Warnicke, a professor in the School of Historical, Philosophical and Religious Studies and author of seven booksWarnicke’s latest book is "Elizabeth of York and Her Six Daughters-in-Law: Fashioning Tudor Queenship, 1485-1547", Palgrave Macmillan, 2017. on Tudor women, to unravel the mystery of how the monarchy will handle the arrival of Markle on the scene. 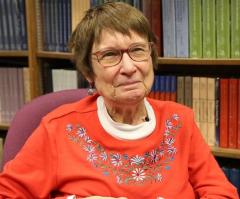 Question: Prince Harry and Meghan Markle’s engagement has made headlines around the world. What has been the reaction of the royal family and British citizens that an American will be a member of nobility?

Answer: That she is American seems to be no more publicly noticed than that she is bi-racial. After all, Queen Elizabeth's husband is of Greek descent. It has been a common practice for the royal family to marry foreigners, including Victoria and her son Edward VII. All the excitement about Edward VIII was that his chosen wife, an American, was a divorcee. Recently, this has not been so much the trend, partly because there are fewer royal families in positions of importance. And arranged marriages have gone out of style, at least since Charles married Princess Diana.

Q: The fact that Prince Harry has selected a multi-racial, divorced American actress, what does it say about the monarchy today?

A: Harry has always been a kind of maverick. But the royal family has survived other mavericks intact, from Edward VIII, for example, to Princess Margaret, to the Prince of Wales, who also married a divorced spouse. Every generation seems to produce at least one maverick, but I don't see much difference in the basic traditions of the royal family. The duke and duchess of Cambridge seem to be somewhat traditional, although she comes from a middle-class family not the aristocracy. Even if Harry sires children with a bi-racial woman, none of them is likely to come close to the queenship or kingship. Finally, if Queen Elizabeth could put up with her sister's antics, I think putting up with Harry will be easier.

I must also point out that I think they have been living together for several months in the Nottingham Cottage on the Kensington Palace grounds. I read that he proposed to her when they were roasting a chicken at the cottage where they were living. So the royal family must have known this might be in the works for some time.

Q: How big an impact can Meghan Markle play in the royal hierarchy?

A: It depends on the members of the royal family, but Harry has shown no great desire personally to fit in and make an impact, except to catch the notice of gossip columnists. I assume she will be invited to family parties and can reciprocate if Harry wants to do so. Even though she is older than he, I doubt that she will want to take over communications with his family. She has to learn traditions first, although she probably is at least vaguely aware of many of them, as they seem to have been a couple for some months.

Q: Can Prince Harry, who is fifth in line to the throne (but soon to be sixth), have much of an impact given the power structure?

A: I should not think he would have any impact at all, but perhaps now he will behave himself. I think he will be sixth in line soon after the birth of William and Kate’s third child. How much influence has Charles's sister Anne had on the power structure? None, I think.

Q: Why would Queen Elizabeth not approve the marriage?

A: There have not been arranged marriages in the royal family since Philip insisted that Charles marry Princess Diana. Can you imagine the reaction of maverick Harry if she turned down his choice? It is the tradition and perhaps even the law to ask her approval, but I think he would have to want to marry a vagabond to get a no response. The power of the queen is illusory. She agrees to statutes, but then she has to; she approves of marriages but then she mostly has to. She can no longer even choose her prime minister, as George VI chose Winston. The party now chooses its leader.

Top photos: The gates of Buckingham Palace. Courtesy of Pixabay. 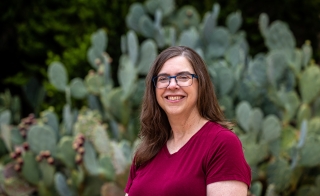 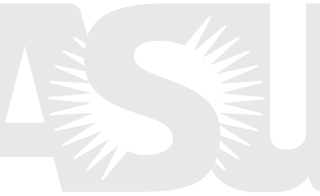 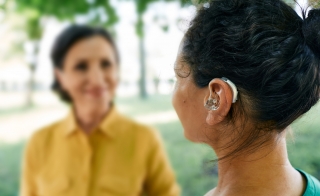 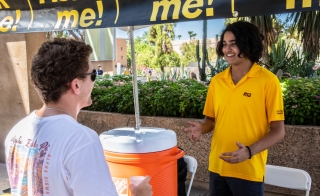 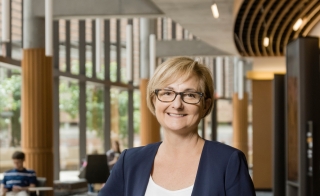