Teaching in the dark for Puerto Rico

“It was rumored that the cellphone towers were put down before the hurricane hit, in an effort to keep them from breaking during the storm,” Avilés-Santiago said. “In any event, I lost contact with my parents the day before Maria arrived.”

As he heard national news reports of the storm’s intensity, he began to imagine the worst possible scenarios. 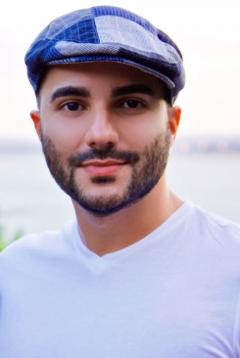 Wanting to channel his anxiety and concern in a positive direction, Avilés-Santiago, an assistant professor of culture and communication in the College of Integrative Sciences and Arts at ASU’s Polytechnic campus, teamed up with a longtime friend in Atlanta to quickly launch a Facebook site that might serve as a central source of information to help members of the Boricua diaspora find out what was happening to loved ones at home.

“Others started joining in,” he said, “wanting to create a network of people who could share info about their family or municipality, offer moral support and answer logistical questions, like about the best ways to send water, batteries and generators.

“A couple of people in Puerto Rico who joined the site had reliable internet connection, so we could direct them to go out to investigate and verify reports of emergencies, and to take photos and get information flowing.”

Within a few days, the Facebook page Puerto Rico Maria Updates had more than 250,000 members.

But nine days after the catastrophic hurricane swept through the island, Avilés-SantiagoAvilés-Santiago’s research interests are at the intersections of technology and culture, race/ethnicity and media, and Latino/a and Spanish Caribbean studies. He is the author of “Puerto Rican Soldiers and Second-Class Citizenship: Representations in Media.” His next book, funded by a Ford Foundation Fellowship, explores the tropicalization of the Cold War in Puerto Rican comedy TV. still had heard nothing from his own family.

“I decided to put my efforts into making the situation visible, particularly among my students,” he said, who didn’t know much about the U.S. commonwealth, “and created a class dynamic that I called 'Teaching in the Dark for Puerto Rico.' ”

The week after the storm, without saying anything to his students beforehand, Avilés-Santiago taught the first part of his Intro to Human Communication class meeting in the dark, without lights or technology.

“When I revealed about an hour in that my actions had been intentional, the dynamic turned into a fascinating discussion in which we talked about darkness as a metaphor for the lack of knowledge about Puerto Rico, and also as a way to experience the literal darkness and uncertain times that our university-peers are facing in Puerto Rico,” said Avilés-Santiago, who was born in Mayaguez and raised in Aguada, Puerto Rico, and earned bachelor’s and master’s degrees at the University of Puerto Rico at Rio Piedras before completing a doctorate in media studies at the University of Texas-Austin.

“A number of students talked to me after class about what they might be able to do,” he said. “Some used social media to post photos of themselves with messages of solidarity.”

After that class session, coincidentally, Avilés-Santiago was finally able to speak to his parents.

Business communication major Madelyn Sugg, a student in the course, said she was moved to action by the lesson: “I’ve never been particularly outspoken and have never used social media for anything remotely serious, but the 'learning in the dark' experience reminded me that this was a problem we can impact.”

Sugg said she was bothered that the plight of Puerto Rico seemed to have gotten lost between the devastating stories about the earthquake in Mexico City and the shootings in Las Vegas.

“The most common feedback I heard was, ‘It’s impossible not to feel numb,’” she said.  “I didn’t agree with that statement then, and I especially do not agree with it now.

“The third week after the storm, we made a conscious choice as students to continue learning in the dark, in solidarity with those in Puerto Rico who weren't receiving the help they needed, whose schools were destroyed and nothing was being done about it,” said Sugg. “It was the difference between sympathy and empathy.

“Even after so many weeks have passed I'm still learning of new ways that I can help. This isn't over yet for our fellow Americans, and it shouldn't be over yet for us.”

Puerto Rico's leading newspaper, El Nuevo Dia, invited Avilés-Santiago to write a column about the learning activity. In the weeks since that article ran, Avilés-Santiago has heard from faculty at Rutgers and Ohio State universities, who have replicated the dynamic in their teaching.

Over the past month and a half, the Facebook site Puerto Rico Maria Updates has continued to be a space to share information and news of all kinds.

People are using the site to show photos and videos documenting the damage, for example, to let loved ones know that care packages and generators have arrived or that roofs have been repaired, to spread word about missing persons, and to advertise jobs in the continental U.S.

At ASU, Avilés-Santiago and fellow College of Integrative Sciences and Arts colleague Cristalis Capielo, assistant professor of counseling and counseling psychology, have joined with anthropologist Maria Cruz-Torres from the School of Transborder Studies to organize the conference "De Tripas Corazones: Puerto Rico's Resilience, Creativity and Solidarity After Hurricane Maria.”

The event, to be held Monday, Nov. 20, at Old Main (Carson Ballroom) on ASU's Tempe campus, will include a faculty panel discussion; a screening of the film “The Last Colony”; a panel with members of the local, national and transnational press discussing the role of the media during a humanitarian crisis; as well as time for cultural and community engagement.

“In addition to raising awareness about the current humanitarian crisis, the discussions will present the historical, economic, political and socio-cultural implications of recovery efforts,” said Avilés-Santiago, whose conference presentation is titled "Please, Try Your Call Again Later: The Role of Social Media Before, During and After Hurricane Maria.”

“We believe that as an institution committed to social embeddedness and innovation, ASU can play an active role in the reconstruction of Puerto Rico,” he said, “by establishing academic and scholarly collaborations with Puerto Rican scholars, students and communities.”

Conference participants will be encouraged to bring school supplies to send to the island.

Seven weeks after the storm, only 20 percent of Puerto Rico has electricity.

“It will probably take a year to have full power,” said Aviles-Santiago. “They’re trying to energize hospitals, schools, and universities first, but most hotels are closed and many jobs related to tourism will be impacted; agriculture has been devastated; 100,000 Puerto Ricans are losing their jobs, so the situation is really complicated.”

How is his family doing?

“My mother told me they are getting used to a new reality, of having no electricity, limited communications and barely any water,” said Avilés-Santiago, who worries about how the environmental challenges could impact his parents’ health.

“I would like to bring our parents, who are in their 70s, here to Arizona,” he said. “But my mother says, if everybody leaves the island, who will rebuild?”

Avilés-Santiago suggests Arizonans looking to donate to relief efforts can contact the Puerto Rican Center of Arizona @puertoricancenterofaz on Facebook. The ASU event on Nov. 20 will accept donations and will highlight several local foundations and explain how to impact Puerto Rican communities directly. Learn more about the event here.

A team approach to scientific research can lead to groundbreaking results. It can also end with colleagues never working together again. A new book by ASU Public Affairs Professor Barry Bozeman and co-author Jan Youtie examines the impact of a team approach to science, technology, engineering, and mathematics research. In "The Strength in Numbers: The New Science of Team Science," Bozeman and Yo...

A team approach to scientific research can lead to groundbreaking results. It can also end with colleagues never working together again. 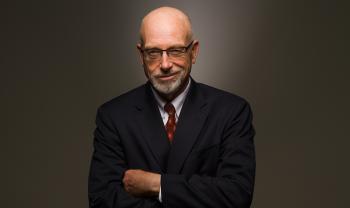 Barry Bozeman is the Arizona Centennial professor of Public Management and Technology Policy and director of the Center of Organizational Research and Design in the School of Public Affairs at Arizona State University. Download Full Image

In "The Strength in Numbers: The New Science of Team Science," Bozeman and Youti document the rewards of a collaborative approach and the challenges researchers face. More importantly, they identify solutions to help scientists overcome those obstacles.

Bozeman, an Arizona Centennial Professor of Public Management and Technology Policy and director of the ASU Center of Organizational Research and Design in the School of Public Affairs, sat down to talk about his new book.