The digital age has revolutionized the way society intakes and produces knowledge. When it comes to contextualizing a religion in today’s world, online platforms can be a wonderful place to start.

James Edmonds, a doctoral student studying the anthropology of religion at Arizona State University, is working on an online journal dedicated to the contextualization of Islam and Islamic thought in the current world. 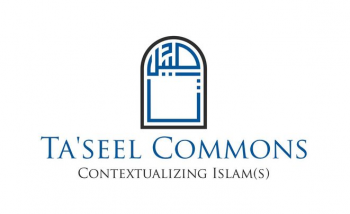 The journal is aptly named Ta’seel Commons — Ta’seel means contextualization or to give a root to. Edmonds has joined the founder of the journal, Hasan Azad, to provide high-quality content for the mainstream reader by utilizing a mix of academic and journalistic approaches.

“I got involved this past summer,” said Edmonds, a first-year doctoral candidate in the School of Historical, Philosophical and Religious Studies. “Hasan sent out a call on an Islamic studies Listserv asking if people wanted to be involved. They had a WordPress site but they wanted to try to do it a little bit differently. So that’s when I said, ‘Yeah I’d love to be involved.’” 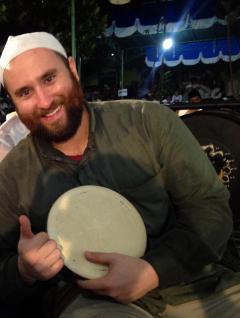 Azad holds a doctorate in Islamic studies from Columbia University and has extensive experience as an author and editor of online academic articles. He wanted to develop a way to share ideas and articles at a quicker pace than other journals and presses, which can take up to a year to publish.

“Isn’t this about sharing ideas and getting news out?” Azad said. “So, why is it taking a year or longer for those ideas to come out? Lots of people said we should start our own thing.”

The journal tackles many topics, including the historical, philosophical, sociological and metaphysical principles of the Islamic tradition. Yet Edmonds and Azad keep the journal attuned to western critical sensibilities.

“I think one of the strengths to the site is it isn’t trying to be purely academic in the sense it’s not trying to use a ton of footnotes,” Edmonds said. “Of course sources are there, but it’s trying to engage with things people care about.”

Since launching the new website in August, Ta’seel Commons has had success in their outreach. Using other online platforms, such as Facebook, Twitter and Instagram, they have been able to draw a large audience to engage in the conversation.

Opening an online journal has allowed the voices of many people to speak up. While some don’t always agree with the conversation of the journal, Edmonds has used the negativity as a learning experience for professional development.

“I’ve learned confidence,” Edmonds said. “On the internet everything is free game. Comments can be much more direct and sometimes personal so that can be tricky.”

Despite the challenges of facing backlash and critique, Edmonds and Azad continue to create valuable content to engage readers from all different backgrounds. They are in constant communication and are always discussing new ideas, even though they work on opposite sides of the U.S.

“I would say we are in pretty constant communication,” Edmonds said. “Not just every day, it’s like morning, noon and night.” 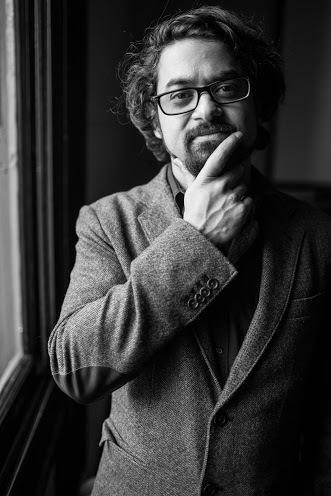 Azad said none of this would be possible without being able to stay in contact online. The two have never met in person, but have found a way to run a successful online journal.

“You’d be surprised by the fact that I didn’t know this guy in the physical sphere,” Azad said. “It’s completely out of this world. It’s really fascinating that so much can be done with the program without actually being there.”

Although the journal has been doing well, it does not mean the job is done. Edmonds and Azad will continue to develop Ta’seel Commons and hope to spark more dialogue.

“I think we are still trying to figure it out,” Edmonds said. “There are four or five pieces underway right now. Some of them are book reviews, some of them are people who emailed me and said, ‘Hey I think this is interesting and I want to publish something about this idea.’ We are happy to have whoever would like to participate, participate as long as it is somewhat academic.”

After the semester ends, Edmonds will be returning to Indonesia to complete his dissertation research on the performance of Habib Syech bin Abdul Qodir Assegaf, a preacher of Islam.

“The events often draw 30,000 people,” Edmonds said. “I am trying to understand what drives this popularity and how it reflects on the changing landscape of Indonesian Islam.”

John Goodman, a three-sport star at Encina High School in Sacramento, California, received full-ride offers from every Pac-10 school — but all it took was one meeting with Frank Kush to seal his fate as a Sun Devil.The Arizona State University football coach told Goodman's parents that the ASU athletics program was about building men with character and getting an education. That's all his mom ne...

Retired Lt. Gen. John Goodman says playing for the iconic coach was tough but instilled in him crucial lessons he took into war

John Goodman, a three-sport star at Encina High School in Sacramento, California, received full-ride offers from every Pac-10 school — but all it took was one meeting with Frank Kush to seal his fate as a Sun Devil.

The Arizona State University football coach told Goodman's parents that the ASU athletics program was about building men with character and getting an education. That's all his mom needed to hear.

Goodman's first game for the Sun Devils was in 1964, when he connected on a touchdown pass. A year later he was starting quarterback. Two years later he finished off his ASU career with a touchdown pass to beat Arizona 20-17.

Playing for Kush was tough and often not pleasant, but Goodman said it developed his drive to be the best he could be. That would serve him well when he was drafted into the U.S. Army in the spring of 1967. His initial assignment was Bravo Company, 1st Battalion, 18th Infantry, 1st Infantry Division in III Corps area of operations, north of Siagon. He was then reassigned to India Company, 75th Ranger Regiment as a long-range patrol team leader in support of the 1st Infantry Division.

Here he talks about both experiences — war and football — and how they tied together.

For his service, Goodman received the Bronze Star, the Soldier’s Medal and a Purple Heart. He would return to ASU and receive his bachelor's in business administration and accounting in 1971. He briefly played professional football for the New Orleans Saints before joining the U.S. Marines, becoming a naval aviator. He emerged as an elite TOPGUN pilot in the U.S. Navy Fighter Weapons School, completing training in F/A-18 Hornets and then serving in Kuwait as the air plans officer during the first Gulf War.

"The greatest achievement and accomplishment during my military career was the honor to serve with and to lead United States Marines, in both peace and war," he said.

Over 37 years of military service, Goodman moved up the ranks, retiring as a lieutenant general in 2008, commander of the U.S. Marine Corps Forces in the Pacific. Since retirement, he has served as the director of the Center for Excellence in Disaster Management and Humanitarian Assistance, on the ASU President’s General Officer Advisory Council, on the Arizona State University Military Advisory Council and as special inspector general for Afghanistan reconstruction.