Disruptors and innovations in the immediate future, and their impact on Arizona transportation and the workforce will be the focus of this year’s State of Our State Conference, the annual signature event of ASU Morrison Institute for Public Policy.

The Nov. 7 event will be held 8 a.m. to 1:30 p.m. at the Phoenix Airport Marriott, 1101 N. 44th Street, in Phoenix. Conference details and registration are at MorrisonInstitute.asu.edu. 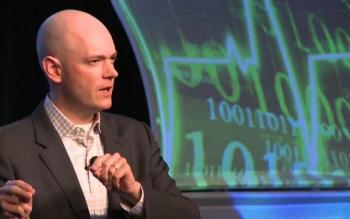 Futurist Brian David Johnson will be keynote speaker at the State of Our State Conference on Nov. 7 in Phoenix. The conference is the annual signature event of ASU Morrison Institute for Public Policy. Download Full Image

“The future is something that’s on everyone’s mind but often difficult to visualize and even more difficult to plan for. This conference and its impressive line-up of speakers and experts will offer a unique insight into tomorrow and how Arizona can better prepare for changes to our workforce, revenue base, urban form, governance structure and more,” said Andrea Whitsett, interim director at Morrison Institute. “This is a must-attend event for creative thinkers in business, government, education, nonprofits and community leadership.”

The keynote speaker will be Brian David Johnson, Arizona State University’s futurist-in-residence. Using ethno-graphic field studies, technology research, cultural history, trend data global interviews and even science fiction, Johnson and the ASU Center for Science and the Imagination work with organizations to develop a pragmatic road map to the future and an actionable 10- to 15-year vision.

“If you look at the work that I do, one of the main themes has always been the intersection between imagination, science and engineering. Imagination is the No. 1 underutilized tool in industry,” said Johnson, who is also a professor of practice in the School for the Future of Innovation in Society and was a futurist at Intel Corp. before joining ASU.

Johnson remains a futurist and fellow at Frost and Sullivan, a visionary innovation company that’s focused on growth. He has more than 30 patents and is author of a number of books of fiction and nonfiction, including "Science Fiction Prototyping"; "Screen Future: The Future of Entertainment, Computing and the Devices We Love"; "Humanity and the Machine: What Comes After Greed?"; and "Vintage Tomorrows: A Historian and a Futurist Journey Through Steampunk into the Future of Technology."

The conference is intended to be imaginative yet pragmatic, focusing on the near future in real time — not 100 years from now. “If you look too far out it gets fuzzy,” Johnson said.

Guest speaker will be award-winning Orly Lobel, the Don Weckstein Professor of Labor and Employment Law at the University of San Diego, where she teachers and writes in the areas of employment law, intellectual property law, regulatory and administrative law, torts, behavioral economics, health policy, consumer law and trade secrets.

Lobel’s books include “Talents Wants to Be Free: Why We Should Learn to Love Leaks, Raids and Free Riding.” She currently is writing a new book, “You Don’t Own Me,” about innovation battles and how policy has shaped the dynamics at play in the toy industry.

Morrison Institute, which is commemorating its 35th anniversary, also will honor two new Distinguished Fellows: Denise D. Resnik, a leader in autism research and community awareness, and Gary L. Trujillo, an entrepreneur who has expanded leadership and business markets for the Latino community.

Other conference speakers and panelists include:

For more information and complete list of speakers, go to MorrisonInstitute.asu.edu

“Every man needs a place to go where he can go crazy in peace,” said author and desert rat Edward Abbey.There may soon be less of one of those places. President Donald Trump announced Friday he intends to shrink the size of the newest national monument, the 1.35 million-acre Bears Ears National Monument in southern Utah.The Interior Department’s plans, recommended by Secretary Ryan Zinke, in... 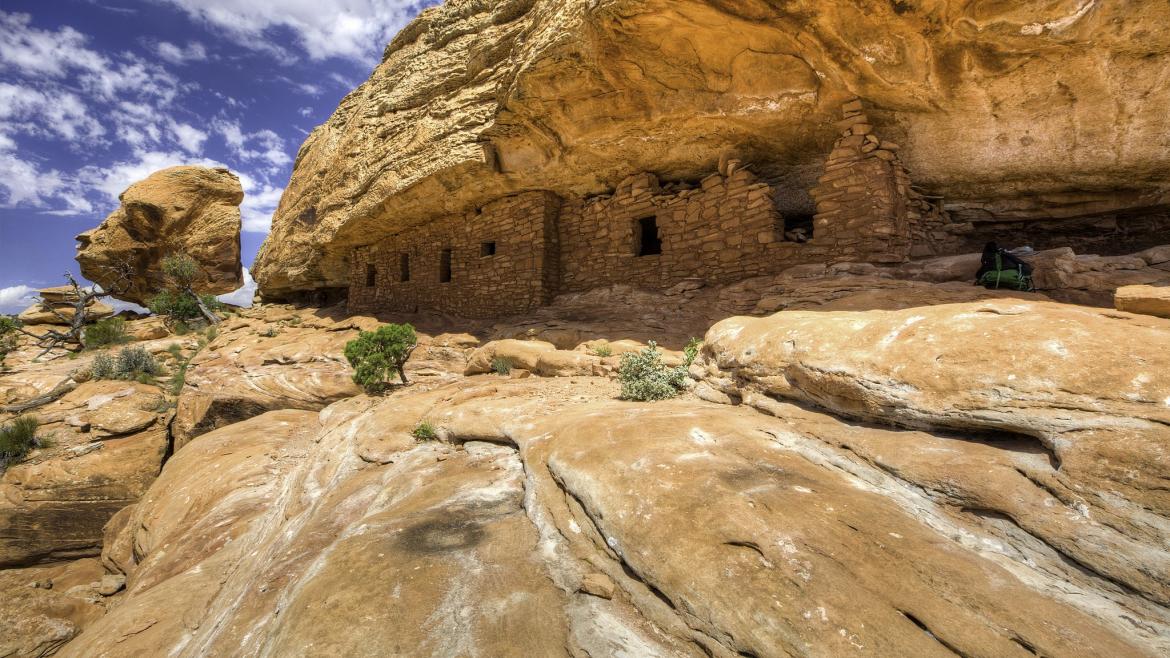 Introducing industrial development in national monuments? Expect a cacophony of sound that will stress animals and change the ecology, ASU expert says

“Every man needs a place to go where he can go crazy in peace,” said author and desert rat Edward Abbey.

There may soon be less of one of those places. President Donald Trump announced Friday he intends to shrink the size of the newest national monument, the 1.35 million-acre Bears Ears National Monument in southern Utah.

The Interior Department’s plans, recommended by Secretary Ryan Zinke, include shrinking four national monuments and “modifying” six others. The result of such “modification” could mean hiking past a drilling rig or a coal mining operation in Utah, for instance. It also would likely lead to changes in the sonic landscape.

Garth PainePaine is an associate professor in interactive sound and digital media in the School of Arts, Media and Engineering and an associate professor of composition in the School of Music at ASU., a senior sustainability scientist at Arizona State University, has studied the sounds of natural places for the past four years as part of a multi-disciplinary project to document and engage with the sounds of national parks and reserves in the American Southwest. ASU Now asked him how the proposed changes and cuts will affect those places.

Question: Much of your work focuses on peaceful, natural environments. How would putting in an oil rig or other manmade development affect the places on the proposed list of cuts?

Answer: Humans are everywhere! One of the great values of the national park and national monument programs is the way they make pristine environments available to everyone to reflect on the complex beauty of the natural environment. We don't realize that natural ecosystems have rhythms — night and day, fall, spring, summer. And these patterns have sonic signatures: different migrating bird calls, breeding calls of spring and quiet of the gentle snow-covered landscapes. Human industrial activity brings with it an insensitivity to these patterns —that is, a persistent, repetitive, 24-hour-a-day intervention, masking the nuance of the natural soundscape. This could include the small-scale calls of crickets and insects, the clicking of bats and the quiet warning signals of squirrels or wolves.

The national monuments were created for exactly these reasons. Scarce and sometimes endangered species live there. In the interstitial space between Mexico and Arizona, for instance, are some of the richest ecosystems in the US. These ecosystems exist in part because the natural acoustic ecology is sufficiently interactive to allow ease of communication and provide habitats where the introduced sound does not stress the animal inhabitants. In these places, the human development has not erased critical food sources and provides safe nesting locations that remain intact from season to season.

The introduction of industrial-scale resource extraction will dominate these lands — reducing the soundscape to a 24-hour-a-day industrial cacophony; stressing the indigenous animals and reducing intelligibility; and making hunting, breeding and ongoing habitation of these sites impossible. Do we really want that? The impact of industrialization is often more so in the sonic domain than the visual and yet we know these installations are an eyesore on the landscape.

Q: You’ve pointed out at places like Joshua Tree, a jet flies over every 30 seconds. If monuments shrink, how will proximity to roads and such affect the experience?

A: The sound of interstate traffic dissipates across the land for many, many miles. The low bass frequencies oscillate across open land resonating in the undergrowth and affecting the burrow-dwelling animals. These low-frequency signals propagate much further and much deeper into the environment than we can imagine.

I once noticed in a very remote preserve in New Mexico that there was a persistent sound in the environment. I was recording close to the ground, recording the sounds of kangaroo rats who had many burrows in the area. This was such a prized place that there was a long-term ecological research station there, transmitting weather data to a national network. This station had been constructed well into the preserve to get clean and clear readings. A power line had been run to maintain the station, and I discovered that this single above-ground power line was oscillating across its long spans between poles and generating a high-amplitude, very low-frequency sound; the hard ground acted as an amplifier and dispersed this loud sound over many hundreds of yards in all directions and directly into the habitat of the kangaroo rats. To the non-sound-sensitive human, the sound was almost imperceptible.

Q: True silence is rare. In the wilderness silence can be so profound hikers call it “the hum.” Is it important to preserve that experience? Why or why not?

A: Whether the hum exists or does not, and whatever its cause might be, it’s critical that we have places of quiet — places to withdraw from the incessant sounds of the urban environment, to withdraw and refresh in a smaller-scale sound world, one that possesses immense nuance, subtlety and dynamism. Those who have experienced an anechoic chamber, where there is no sound from outside and no reverberation inside, report that in such a "silent" space, they hear their nervous system buzzing and the blood pumping around the body. The very activity of life makes sound. Everything makes sound, even the processes of our body, of life persisting.

Q: The silence of the Grand Canyon is often remarked upon for its significance in contributing to the full experience of the place. Yet air tours in designated corridors at the Canyon shatter that if you’re in the wrong spot. Is this a difficult issue to communicate to the general public?

A: All environments reflect an a priori sonic signature. This is an accumulation of the scale of the place, the mass of air, the temperature of the air, the plant and animal life and other geological features. The Grand Canyon has a special sonic signature because of its awe-inspiring size: the massive volume of air within the Canyon, the grand stone wall of the Canyon reflecting back the sound all around, the water movements through the rock, the dripping streams from above as well as birds from eagles to canyon wrens, the mule, coyote, elk, mountain lions, deer and raccoons, to name a few.

The “silence” visitors experience is not so much a lack of sound as it is a quietude of natural sounds, usually small in scale, intimate, near and far. This dynamic sonification of the Canyon generates a perception of vast space, of enclosure and of life, dynamic in all its acoustic ecology, following the rhythms of the day, the seasons and the dynamics of the weather.  This “silence” is not empty, but rather the sonic signature of a special place.

Related: Got a Minute? Garth Paine on listening