The saguaro cactus, a towering, charismatic icon of the Southwest, is one of the most recognized and beloved of all cacti. As a keystone species of the Sonoran Desert, it is also one of the most studied and an integral part of the desert environment.

Despite this, relatively little is known about the saguaro’s evolutionary history. After decades of taxonomic and demographic studies, a group led by researchers from Arizona State University, University of Arizona and Universidad Nacional Autónoma de México, is using next-generation sequencing methods to decipher the saguaro cactus (Carnegiea gigantea) genome in hopes of understanding the evolution of its adaptations to life in an extreme environment and its relationship to other large cactus species. 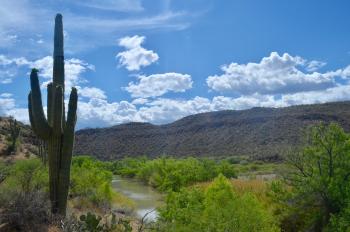 In findings published this week in the journal Proceedings of the National Academy of Sciences, ASU researchers and colleagues from four universities announced they have successfully sequenced the saguaro’s genome, providing a new opportunity to use saguaro as a model species for future ecological, evolutionary and population investigations of cacti.

“The genomic resources generated from our work on saguaro will enable scientists to understand the relationships and origins of novel adaptations in diverse groups of cacti in the future,” said Martin Wojciechowski, a co-author of the paper and professor with Arizona State University’s School of Life Sciences. “Now, we can identify the genetic regulatory and metabolic networks responsible for their unique form and physiology, including stem succulence, the synthesis of the distinct pigments that color flowers and fruits, and their unique form of photosynthesis.”

The saguaro genome is about 1.4 billion base pairs, or approximately half the size of the human genome. However, it’s 10 times the size of the first sequenced plant genome (Arabidopsis). It’s also larger than many commonly cultivated plants such as rice and apple.

In this study, researchers also obtained genomic data from related cactus species — organ pipe, senita and cardón — as well as from a “reference” species to compare their adaptive traits and resolve long-standing challenges to understanding their evolutionary tree. 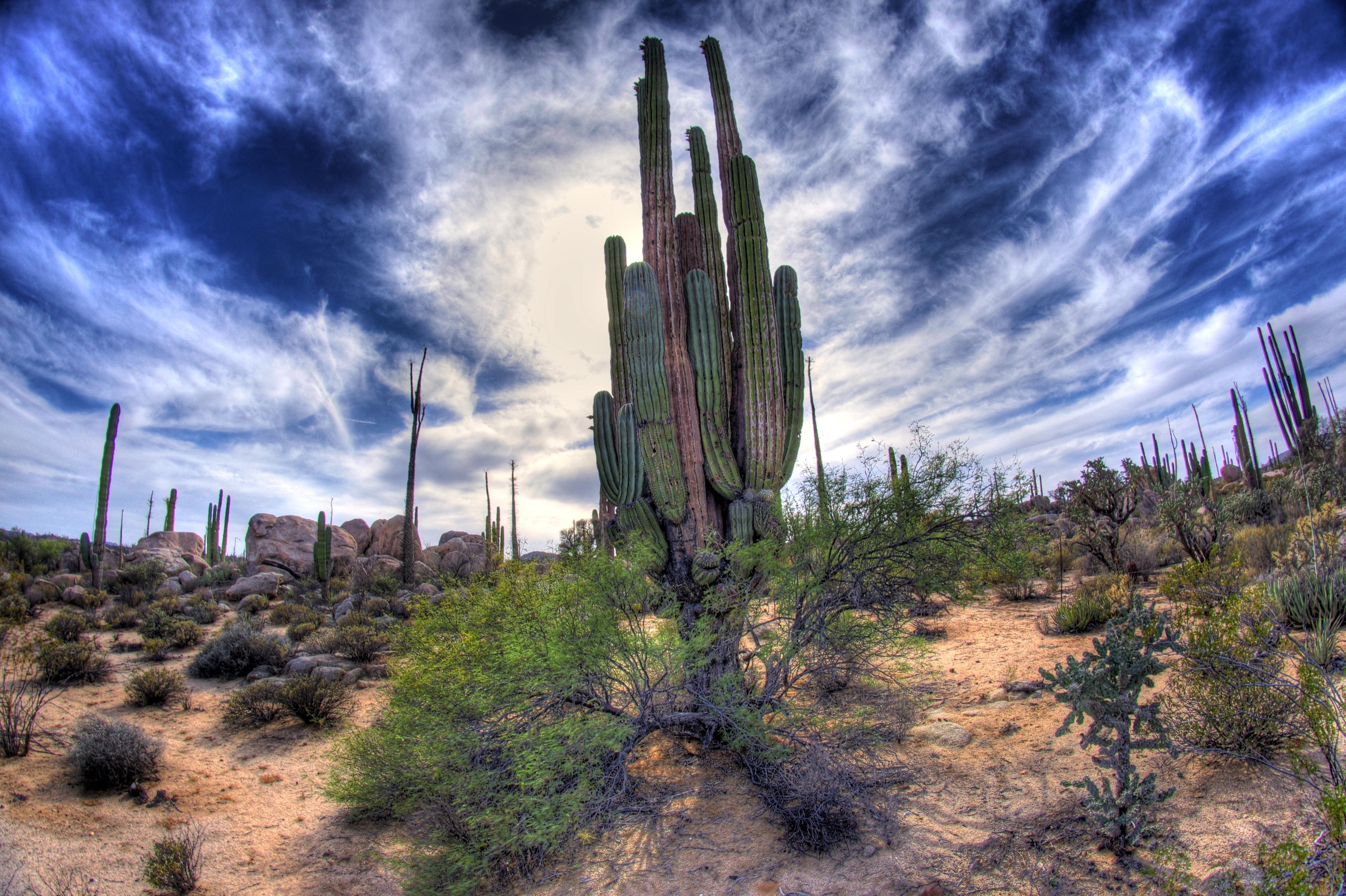 Cardón sahueso (Pachycereus pringlei) is the tallest cactus species in the world. This individual is growing in the Cataviña region of the Baja California peninsula in México. It is associated with an old mesquite shrub that probably acted as a nurse plant. The slender plants in the background are boojum trees. Photo courtesy of Alberto Búrquez/UNAM

The research team identified more than 4,400 genes common to all cacti species in the study. This information was then used to help reconstruct an evolutionary history of the species. While the genome sequences from the other cacti were less complete than the saguaro’s, researchers discovered that the saguaro’s closest relative among the cacti sampled is the cardón (Pachycereus pringlei), or “elephant cactus,” the tallest of cacti, found mostly in northwestern Mexico.

But surprisingly, despite the fact that the saguaro is closely related to cardón, many individual saguaro genes are actually more closely related to senita or organ pipe cactus than cardón. This suggests a process of “parallel” or “convergent” evolution at the molecular level. This type of evolution is widespread in all organisms and can obscure evidence about actual relationships between cacti species.

By using genome sequencing, the researchers discovered a pattern of incomplete “lineage sorting” in many genes — a phenomenon called “hemiplasy” that resembles parallel evolution.

“Our comparative analysis of genome sequences from saguaro and the four other cactus species revealed that the history of these species is a complex mosaic of different genes with different genealogies,” said Michael Sanderson, University of Arizona scientist and senior author of this paper.

“A consequence of these diverse gene histories is that the observable traits these cacti exhibit can also be scrambled in unexpected ways in different lineages,” Wojciechowski added. “This leads to the diversity in form and function we see in cacti. This is an example of the common situation where ‘gene trees’ are not congruent with ‘species trees.’” 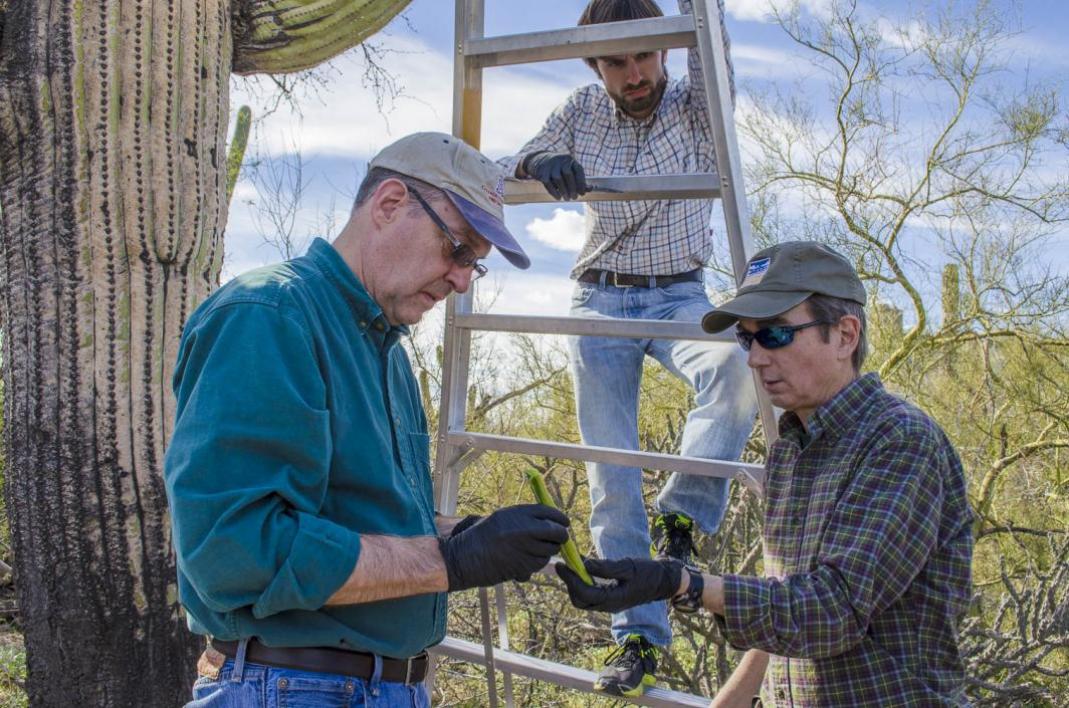 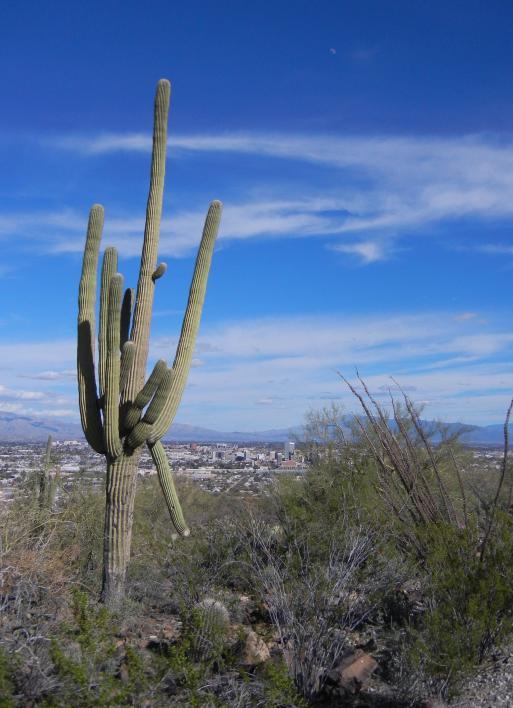 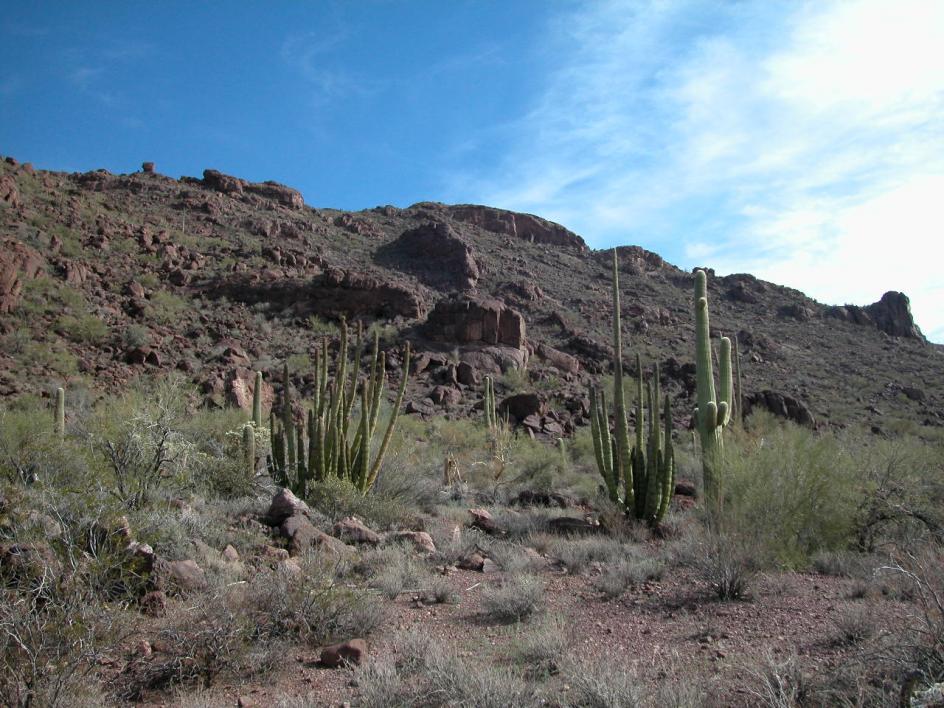 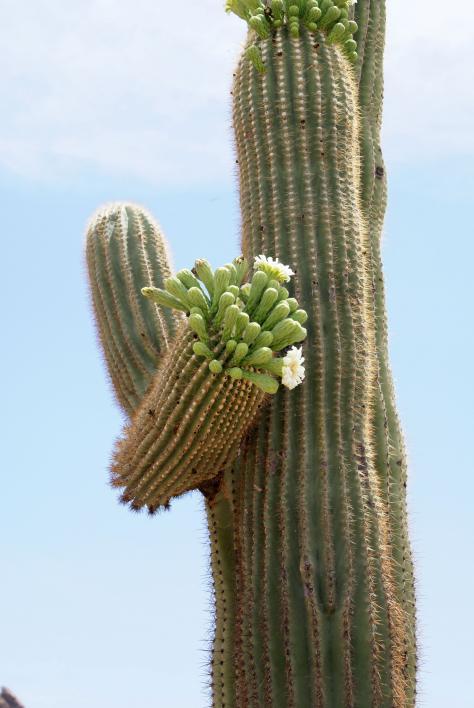 As a keystone species, the saguaro provides a number of ecosystem resources through beneficial associations with animals and plants, and it provides a source of food for humans. Saguaro is both a representative of the family Cactaceae and is an example of extreme specialization observed in the largest and longest-lived of the columnar forms, which have evolved to become prominent species in the arid ecosystems of both North and South America. Consumer recalls are a bad deal for everyone. It can damage a retailer’s reputation. It’s often irritating for buyers, and it punishes a company’s bottom line. But they’re also an important means of protecting consumers from dangerous goods.

Last week, three major automakers recalled approximately 320,000 cars for a variety of issues ranging from inspection lapses, transmission problems and pinion plugs while a national outbreak of salmonella linked to tuna loins is being investigated by federal officials. On Wednesday, Fisher-Price issued a voluntary recall of 63,000 infant seats after receiving 36 complaints the devices overheated.

To gain a better understanding of recalls, what triggers them and what protection is offered to consumers, ASU Now turned to Dale Rogers, a professor of logistics and supply chain management at the W. P. Carey School of Business. 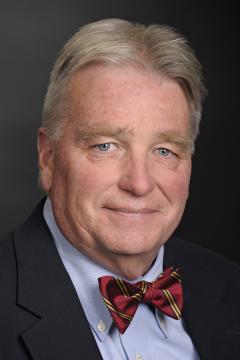 Question: What’s the difference between a voluntary recall and a mandatory one? Who issues a mandatory recall?

Answer: Mandatory recalls are issued by government agencies such as the Food and Drug Administration or the Consumer Protection Safety Commission. Mandatory means that a firm must comply, while voluntary recalls are made at the company level.

Q: How does a company determine if they need to do a recall? What goes into the calculation? Is it financial?

A: A recall is usually driven by a product failure and/or injury. The reasons can vary substantially. Products designed for infants or impacting young children like the Ikea chest of drawersIn June 2016, Swedish furniture maker Ikea issued a massive recall of 30 million dressers after consumers claimed they were prone to tip. The dressers, from Ikea’s Malm line, have been attributed to seven deaths. make a large number of recalls. But recalls can also be obsolescence issues as well as product needs to rotate off of the shelf because it is too old.

Q: Does the Consumer Product Safety Commission do enough to keep people safe? Does it do so much that it creates headaches where none are needed?

A: It appears that the current administration would like to reduce regulation and protections of the Consumer Product Safety Commission. Thus far, not much has materially changed, but people are concerned about it.

One of the issues is that there are some regulations at the federal level, but states also have rules and guidelines. And those state guidelines can be quite different from one state to another.