Cancer through the lens of evolution

“What does not kill me, makes me stronger.”

The oft-repeated maxim (from Nietzsche’s "Twilight of the Idols") offers a model of human fortitude. It could also serve as the motto of a cancer cell, emphasizing — with brutal precision — how treatment-resistant cancers outwit our best medical interventions. 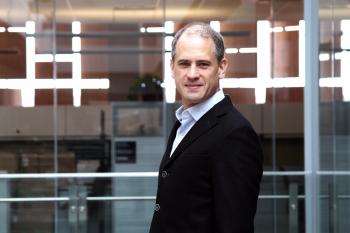 Cancer owes its ability to colonize and devastate the body to the same Darwinian forces that have shaped all life on Earth: chance mutation and natural selection. The disease’s notorious shape-shifting nature enables it to indeed “grow stronger” from clinicians’ very attempts to exterminate it, and it does so based on fundamental evolutionary tactics.

Now, a prominent group of international cancer experts, led by Carlo Maley, a researcher at Arizona State University’s Biodesign Institute, has issued a call to arms, designed to guide physicians and researchers in their effort to classify cancerous tumors or neoplasms, based on a standardized set of evolutionary and ecological criteria.

Their consensus statement — the first of its kind ever issued by the prestigious journal Nature Reviews Cancer — provides an initial framework for classifying neoplasms, based on four relevant components.

“Until now, we have had no language we can use to describe differences in how different tumors evolve. We developed the grammar for such a language. It is a first step, but a necessary one for the community to share the same language in order to make progress,” the study says.

Neoplasms evolve, flourishing or dying away in response to selective pressures. Although this fact has long been appreciated in biology, no formalized system for classifying the evolutionary and ecological characteristics of neoplasms in a clinically relevant manner has been proposed, until now.

The researchers attempt to carve a path through the thicket of clinical trajectories for such neoplasms (ranging from easily curable to lethal) by paring down the variables acting on them to four essentials: diversity, change over time, hazards and resources. The system comprehensively defines the critical variables in cancer progression, while maintaining a simple, agreed-upon framework that can be applied in the clinic on a case-by-case basis.

Diversity and change over time form what is known as the evolutionary or Evo-index. A neoplasm’s diversity is defined by the homogeneity or heterogeneity of the cells within it. This cellular diversity may be observed by comparing the genes of different cells within the neoplasm, but epigenetic changes, caused by environmental factors, may also play a role. Diversity can also be assessed based on the evolutionary histories of cells (their phylogeny) or by diversity of cell function.

Researchers are still uncertain what specific forms of diversity are most clinically relevant. To further complicate matters, reliable measures of cell diversity within a neoplasm can be vexing to accurately quantify. What appears clear however is the central importance of a neoplasm’s diversity for how it will develop, how it will likely respond to a given treatment and how dire the patient’s prognosis will be.

Broadly speaking, a more diverse neoplasm has a larger assortment of mutants within it, any one of which may be therapy-resistant, allowing cancer to live another day and eventually kill the patient. (However, as the authors note, there appears to be an upper limit to this phenomenon, as a neoplasm with extremely high mutation rates may be so genetically unstable that it produces very high numbers of non-viable daughter cells and cell lineages simply die out as a result.)

High vs. low diversity is the first element in the Evo-index. Cell diversity within (or between) neoplasms however is not a stable entity, but rather, changes over time. The second part of the Evo-index is a measure of how diversity varies at different points in time.  Again, further clarification is required, as changes in diversity may occur gradually or suddenly (in a punctuated manner) and may be natural responses to the prevailing environment surrounding the neoplasm or induced by a cancer therapy. Mechanisms of change include mutation, natural selection and genetic drift.

In addition to diversity and change over time, cancer cells may be characterized by their response to the microenvironment they are embedded in. Here, there are hazards to be faced and resources to be exploited. Hazards to cancer cells may include recognition and attack by the immune system, while resources are such things as oxygen and other nutrients, degree of vasculature and blood flow. A measure of high vs low hazards and resources forms the Eco-index.

Examining the four elements making up the Evo- and Eco-indices and characterizing each as either high or low in a particular cancer yields a total of 16 possible types of neoplasm. A table in the new statement outlines the characteristics of each of these 16 classes and their predicted trajectories.

For example, a neoplasm could have low diversity (D1), low change over time (∆1), a high level of hazard (H2) and a low level of resources, (R1). In theory, such a tumor should have low evolvability, limited by immune response and restricted resources and therefore, a good prognosis.

By contrast, a D2∆2 H1R2 tumor, with high diversity and change over time, low hazard levels and high resource availability is predicted to be highly lethal, evolving rapidly and effectively due to resource abundance and little ecological adversity.

Thus, the Evo-index may be thought of as the inherent evolveability of a neoplasm due to its diversity and rate of change, while the Eco-index describes the selective pressures exerted on the neoplasm by its microenvironment. Evo- and Eco-indices are both essential to a thorough understanding of cancer behavior and the possible avenues it may follow.

While the scheme provides a valuable tool for assessing the aggressiveness and likelihood of resistance in a given neoplasm, its greatest strength lies in its potential to guide cancer treatment. A neoplasm belonging to a highly evolevable group may “grow stronger” following conventional chemotherapy but may be coerced through alternative measures into a less evolveable class and rendered stable over time.

Thus, the new classification framework offers a first step toward the clinical application of evolutionary and ecological principles to the management of cancer. Clinical trials will have to be conducted to validate the predictions of patient outcome suggested by the Evo- and Eco-indices. The most clinically predictive measures of diversity and change must be discovered and better tools for ferreting them out from a given neoplasm must be explored in detail.

The classification is not designed to replace, but rather, to augment existing diagnostic tools, including the conventional staging of tumor type. Nevertheless, by evaluating and quantifying evolveability — cancer’s principle weapon of mass destruction — the framework marks an important step forward in the war on this implacable disease.

Editor's note: This is the first in a series of profiles on ASU's diverse student coalitions. Whether it's through hosting events or providing educational and social programs, Arizona State University's Asian/Asian Pacific American Student Coalition (AAPASC) fosters community and culture like few other organizations on campus. With a primary goal of bringing Asian Pacific American students toge... 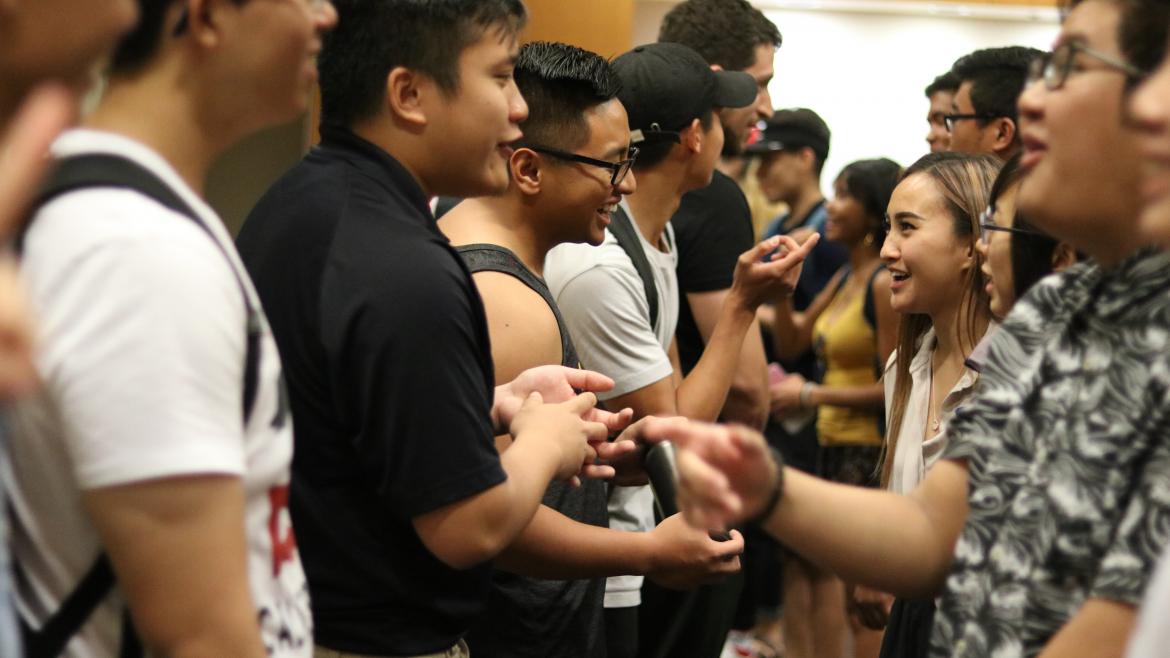 Editor's note: This is the first in a series of profiles on ASU's diverse student coalitions.

Whether it's through hosting events or providing educational and social programs, Arizona State University's Asian/Asian Pacific American Student Coalition (AAPASC) fosters community and culture like few other organizations on campus.

With a primary goal of bringing Asian Pacific American students together, the coalition is led by 11 executive officers. Here, Kevin Ho, president of the AAPASC and a marketing and supply chain management junior, shares some history and information about the group.

Question: How did the AAPASC start?

Answer: Our coalition got started a while ago, back before I even started high school. Our organization has gone through different names; it’s changed because we want to have a more inclusive name to make sure we encompass a diverse amount of ethnicities and identities.

Q: What kind of activities does the coalition host?

A: Our coalition hosts anything from small socials to large-scale, university-wide events. We have signature events both semester, including a Fall Carnival in the fall semester and Culture Night in the spring semester. April is Asian Pacific American Heritage Month, and we host a number of large-scale events during that month to really promote APA (Asian Pacific American) cultures. We bring in well-known artists and guest speakers, host cultural awareness showcases and more.

Q: What's your favorite part about the AAPASC?

Q: What's the biggest challenge your coalition has faced while you've been here?

A: Weekly schedules in the coalition include overseeing different officers and making sure everyone’s doing their part. This can include making sure our newsletter goes out, helping advertise our member organizations’ events and meetings or emailing certain individuals about collaborations.

Q: Do you have any events coming up?

A: We have a Halloween social that’s coming up, which will be a scavenger hunt across the Tempe campus.

A: People can be involved through a few different ways. Our member organizations are always inviting new members to join them! Additionally, any time we host large-scale events, we’re always looking for volunteers to help us out. There are many different ways for students to get involved in our community, and the best way to find out about this is to follow our Facebook: ASU Asian/Asian Pacific American Students’ Coalition.

Q: Is there anything else you’d like to people to know about the AAPASC?

A: Our coalition is working hard to bring a more inclusive and welcoming community within all four campuses of the university. We are doing this alongside six other coalitions. You can come find us at the second floor of the Student Pavilion! Stop by and say hello whenever; we have an open-door policy.