An undergraduate team of applied biological sciences students from Arizona State University's Polytechnic campus, in their rookie outing at the national Quiz Bowl of The Wildlife Society (TWS), proved to be a powerhouse, finishing fourth among the 19 schools from across the United States and Canada who competed at the 24th annual meeting of TWS in Albuquerque, New Mexico, Sept. 23–27.

The ASU team consisted of seniors Katie Hansford (captain), Kari Herbstreit, Lindsey Meder, Michael Mullins and junior Aaron Prince. Hansford, who also serves as president of the university’s student chapter of the Wildlife Restoration Student Association, organized the team with the assistance of faculty coach Stan Cunningham, lecturer in wildlife biology in the College of Integrative Sciences and Arts. 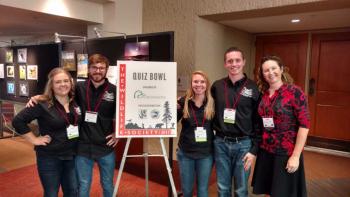 Over the two days of the Quiz Bowl, the squad competed in eight matches, answering wildlife science trivia that ran the gamut from statistics, current events, and conservation policies to the biology, taxonomy and ecology of mammals, fish, birds, herps, invertebrates, and plants.

Michael Mullins said he’ll never forget buzzing in for their first correct response to a toss-up question in the opening round, putting ASU on the board with 10 points and putting his nerves to rest.

He rang in, waited to be called on, and said semelparous into the mic.

“After that, our squad kept the answers coming round after round,” Mullins said. “At the end of the night, we learned we’d made it to the semifinals. The next night, the four remaining teams played each other round-robin-style,” he explained, “where the total points accumulated determined who would compete for first and second, and who would compete for third and fourth.”

The questions got harder as the Quiz Bowl progressed, and the ASU team gave it everything they had while retaining a spirit of fun, he said.

“Our last round was one of the most enjoyable,” Prince said. “The other team did so well and we both respected each other heavily, which led to a lot of laughs and a good final round.”

The competition itself provided some exciting learning opportunities.

“Some of the bonus questions involved live specimens on stage for us to look at, including a Swainson's Hawk, Arizona Mountain Kingsnake, and a Tailless Whip Scorpion,” Meder said. “These are all awesome animals and it was a blast to be able to see them up close.”

Cunningham said he couldn’t be more proud of the team as a group and for their individual efforts in the months leading up to the competition.

“Katie was an excellent captain, motivating her team to work hard. They did this this work on all on their own, there was no one feeding them,” he said. “It was rewarding to watch students from our small program compete nationally against mega programs. I told the kids, you’re helping students you haven’t even met by putting our program on the map.”

The five spent months learning bird calls and identifying animals from audio recordings. They put together Google docs with the common names, scientific names, and families of nearly all the native animals in Arizona and New Mexico. There were a lot of early-mornings spent studying animal and plant specimens in the lab. The self-motivated team scrimmaged with Northern Arizona University in May, and every Sunday over the last few months they held practice rounds at each others’ homes.

Hansford said the best part of studying for Quiz Bowl was bonding with her friends.

“We were all decent friends going into this venture, but this definitely helped us build better friendships,” she said, and even she was impressed by how her teammates poured their hearts into it.

The team members were quick to acknowledge the part that faculty members Cunningham, Heather Bateman, Jesse Lewis and Eddie Alford played in their preparation and success.

“Not only their curriculum and courses,” said Mullins, summarizing their impact, “but also the hands-on field experiences they make possible and opportunities to work with professionals in various wildlife agencies.”

In addition to the confidence gained from competition, student participants enjoyed many opportunities to learn more about their special interests and make professional connections.

The Wildlife Society has nearly 10,000 members around the world, one-fourth of them students, and its annual conference includes about 900 educational presentations and more than 40 networking events. 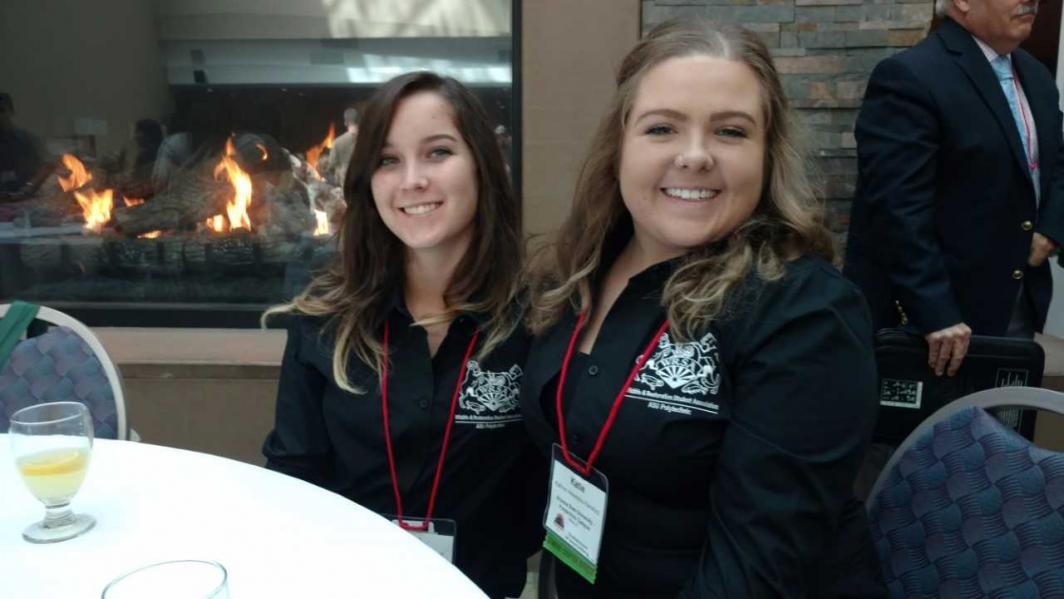 ASU seniors Kari Herbstreit, alternate, and Katie Hansford, captain, got the ball rolling for the ASU squad; they were the first to sign on last spring to form a team from ASU's Polytechnic campus to compete at the 2017 Quiz Bowl at The Wildlife Society annual conference. 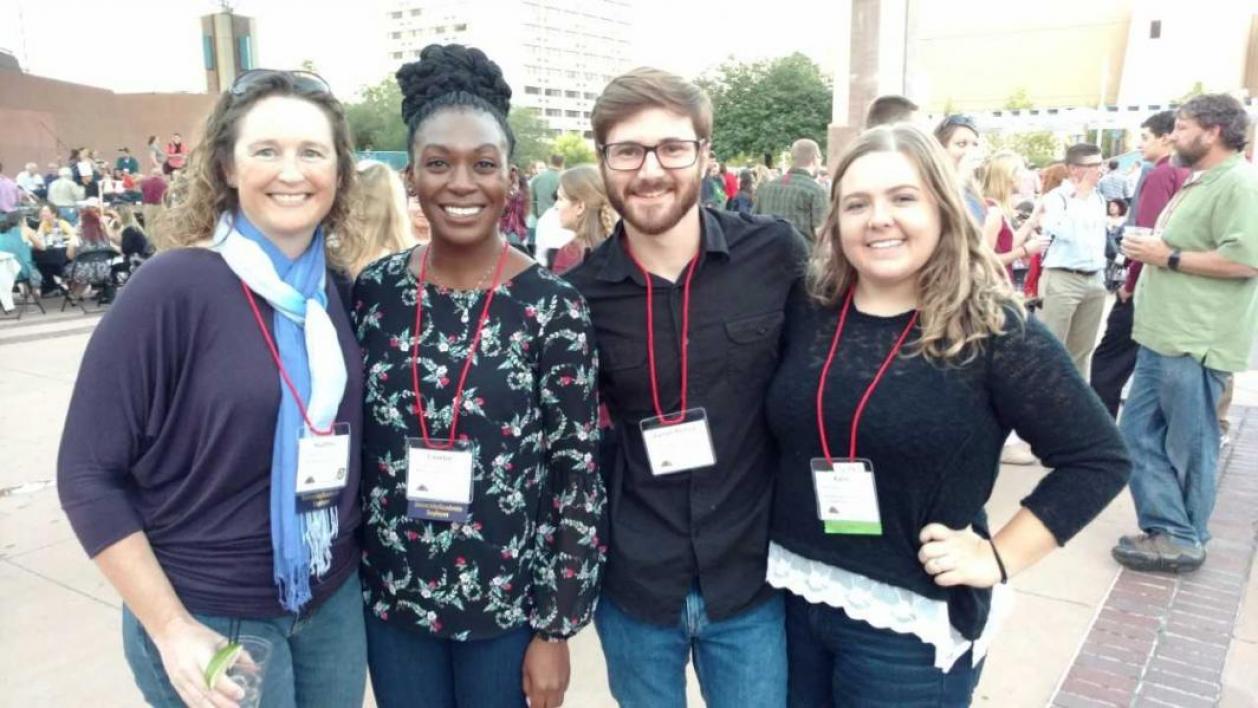 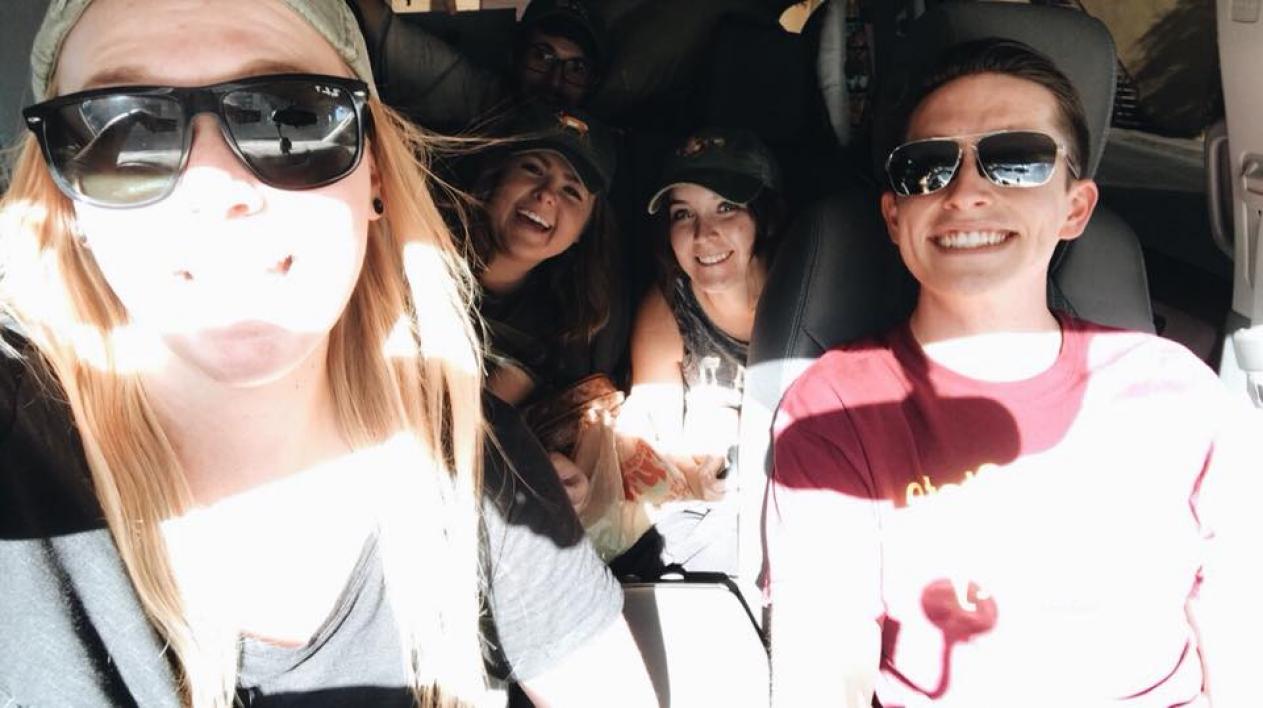 Meder took in more than 20 talks on reptiles and amphibians over the week and said one of the highlights for her was having the chance to meet and talk with Dan Levitt, the lead herpetologist for the Arizona Game and Fish Department.

The Wildlife Society’s mission is: “To inspire, empower, and enable wildlife professionals to sustain wildlife populations and habitats through science-based management and conservation.”

Helping to prepare the next generation of wildlife professionals is a big part of that, and the 2017 conference included career panels with practitioners from the U.S. Forest Service, U.S.D.A. Wildlife Services, and the Bureau of Land Management.

Hansford, who will graduate in December, appreciated the chance to get advice from practitioners about her impending decision to either go on to graduate school immediately or to work in the field first.

“I have been on the fence and numerous professionals guided me into working for a while,” she said.

“This was the largest student contingent we’ve fielded at the national TWS meeting,” said Bateman, an associate professor in the College of Integrative Sciences and Arts. Bateman was an invited plenary presenter in a session on long-term studies on amphibians and reptiles in the Southwest, in which she highlighted research from three Arizona streams.

“Many of the students talked about how much the conference helped them to connect their coursework and projects to what professionals do and communicate to the broader scientific community,” she noted.

For Prince, one of the biggest takeaways of the week was to never miss a chance to be social and collegial.

“It doesn't matter if you just shake the speaker’s hand, as long as they can put a face to your name later it will take you far,” said Prince, who found that just saying hello to professionals whose sessions he attended led to hour-long conversations. “I got to see their passion and how they got to where they are today.”

Oct. 17 live-streamed event asks whether our dominion of the planet will end in extinction

In geologically short order, Homo sapiens has altered the planet’s atmosphere, modified its watersheds, depleted forests, shrunk ice caps, damaged soils and set the climate on a new trajectory.This human reshaping of Earth is so dramatic that scientists have proposed we are in a new, human-driven geologic epoch, the Anthropocene, ending the Holocene that began almost 12,000 years ago.But what en...

Oct. 17 live-streamed event asks whether our dominion of the planet will end in extinction

This human reshaping of Earth is so dramatic that scientists have proposed we are in a new, human-driven geologic epoch, the Anthropocene, ending the Holocene that began almost 12,000 years ago. 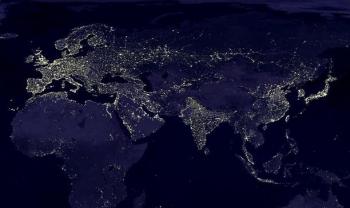 But what enabled our species to have such influence? Does the Anthropocene represent a tipping point within our highly connected natural, social, cultural and technological systems? And what is the future of the Anthropocene: Will it bring mass extinction, or will humankind orchestrate a course correction?

On Tuesday evening, Oct. 17, in Santa Fe, New Mexico, an interdisciplinary panel of experts — historians, biologists, earth scientists and artists — will explore this unique moment in our planet's history. The event will be live-streamed on the Santa Fe Institute’s YouTube page at www.youtube.com/user/santafeinst, beginning at 6:30 p.m. PDT.

The panel, “The Past, Present and Future of the Anthropocence,” will be moderated by Manfred Laubichler, President’s Professor of theoretical biology and history of biology at Arizona State University and an external professor at the Santa Fe Institute (SFI).

The discussion is sponsored by the ASU-SFI Center for Biosocial Complex Systems, a collaboration between ASU and SFI. It caps off four days of cultural and science events in Santa Fe, part of SFI’s new Interplanetary Series.

Laubichler and van der Leeuw are co-directors of the ASU-SFI Center for Biosocial Complex Systems. West is an affiliated faculty member.