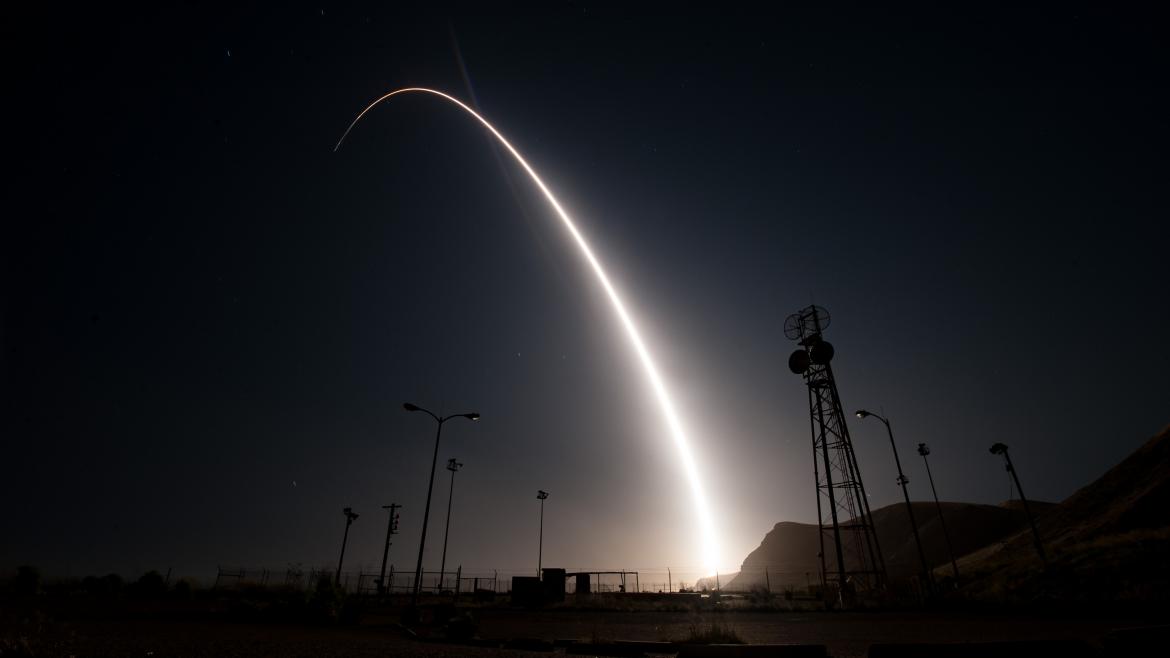 ASU military expert on the future of nuclear weapons

Not since the Cuban Missile Crisis of 1962 has the world heard such nuclear saber rattling, leaving many Americans on edge.

Are we on the brink of nuclear disaster, or did we simply forget how to play nice? For answers, we turned to Jeffrey Kubiak, a retired U.S. Air Force colonel and senior fellowKubiak is also a professor of practice in the School of Politics and Global Studies. at the Center on the Future of War at Arizona State University. 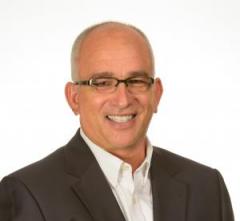 Question: To what extent have nuclear weapons provided global security in the past?

Nuclear weapons are inherently offensive in nature and are really only useful to deter attack. The U.S. and the world avoided unimaginable destruction on more than one occasion during the Cold War by luck and the good judgment of national leaders and some low-ranking operators. Even today, the security of nuclear weapons and nuclear material is a huge, perhaps underappreciated concern. Growing up in the 1960s and attending college in the 1980s, it was obvious to me that America didn't feel secure almost entirely because of nuclear weapons.

Q: Has the role of nuclear weapons fundamentally changed, and is mutually assured destruction (MAD) a feature of future international relations?

A: Mutually assured destruction means that as long as the great powers have nuclear arsenals that can devastate each other (which will be true for the foreseeable future), no country will be the first to use nuclear weapons, because their destruction is assured. The mechanisms of MAD still operate today between the U.S. and Russia and China much as they did during the Cold War.

Other nuclear powers have a slightly different calculus, but the mechanism is largely the same: make costs of aggression on the part of an adversary unacceptably high. Israel's adversaries don't have nuclear weapons, so its arsenal deters conventional attack. North Korea can't destroy its adversaries, including the U.S., but it's apparently on the verge of being able to inflict nuclear damage on the U.S. This will very likely alter in some way the U.S. strategic calculus with regard to its security obligations in East Asia.

MAD for the smaller nuclear powers is “mutually assured damage.” Their arsenals are not likely to be large enough to threaten the existence of other states but can inflict enough damage to significantly alter the strategic decision making of their adversaries.

Q: Is there a better way to keep the proliferation of nuclear weapons in check?

A: The fundamental reason for having nuclear weapons in the contemporary environment is to deter attack or any attempt at regime change. Nuclear weapons are an insurance policy for regimes that feel threatened by their neighbors or are at odds with the U.S.-led world order. As long as there are regimes with reason to feel insecure, especially if they face explicit threats to their hold on power, there will be an incentive by those regimes to develop a nuclear capability. Insecurity is an inherent characteristic of the international system. It can be made worse or better by behaviors of neighbors and global great powers, but it is unlikely to go away.

Q: Is it possible to eliminate all nuclear weapons?

A: Possible? I'll go out on a limb and say — maybe. Is it likely? I'm not putting any money on that bet. It is a dilemma that exists in any violent conflict: Disarming can be unreasonably dangerous. Creating a sufficiently credible commitment by all parties to disarm is incredibly hard to do in the anarchic international system, so states rationally decide that they simply cannot do it.

Editor's note: This story is being highlighted in ASU Now's year in review. To read more top stories from 2017, click here.Actress Mindy Kaling tweeted Monday about how funny it is that how early you can say you saw the Broadway smash “Hamilton” has become a sort of “social currency.”Leslie Odom Jr. can say he saw it even before it went off-Broadway, when it was being workshopped at Vassar... 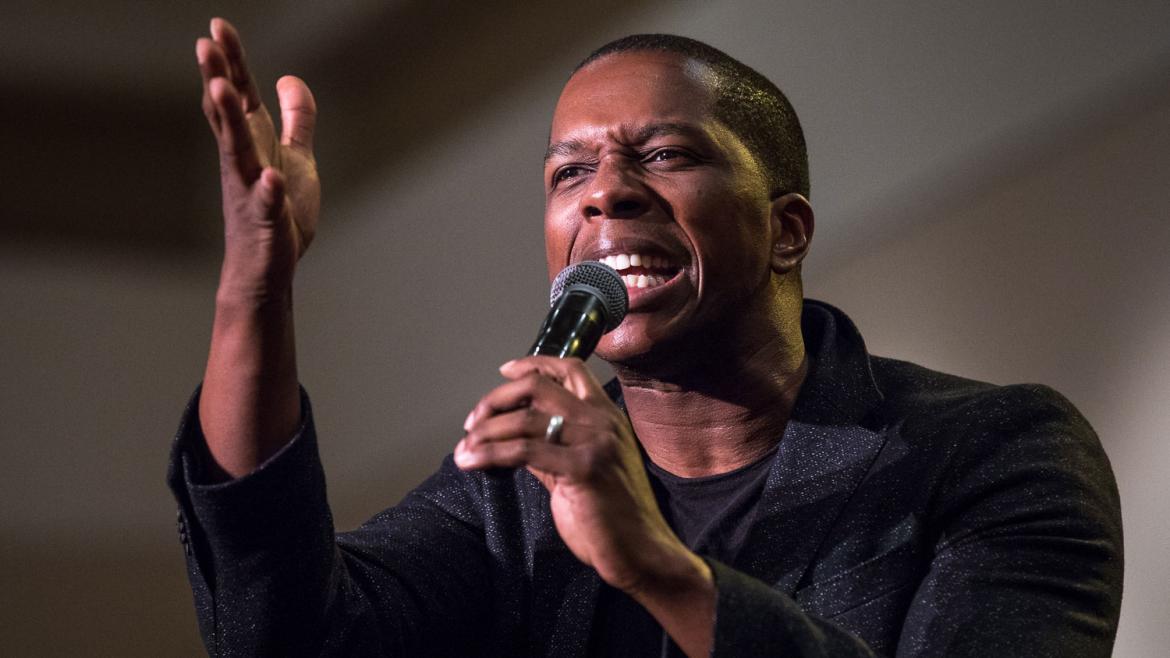 Ahead of concert, Leslie Odom Jr. urges students to find the one thing in which they feel used to their highest capacity

Actress Mindy Kaling tweeted Monday about how funny it is that how early you can say you saw the Broadway smash “Hamilton” has become a sort of “social currency.”

Leslie Odom Jr. can say he saw it even before it went off-Broadway, when it was being workshopped at Vassar in 2009 and was still just “The Hamilton Mixtape.” He went on to play the role of Aaron Burr in the musical, winning a Tony Award for best actor and a Grammy Award as a principal soloist.

On Monday evening, the actor — who has also appeared on Broadway in “Rent” and will appear on film in the upcoming “Murder on the Orient Express” — spoke at Arizona State University’s West campus about the creation of “Hamilton” and his role in and observations of the process. His talk was part of the annual Summer Community Read, which brings together ASU students, faculty and staff with members of the local community to read and reflect on a novel, culminating with an on-campus discussion with the author or related individuals.

This year’s book was “Hamilton: The Revolution” by Lin-Manuel Miranda and Jeremy McCarter. (Odom’s own book, “Failing Up: How to Take Risks, Aim Higher, and Never Stop Learning,” will be released in March 2018 and focuses on unlocking your true potential and making your dreams come true even when it seems impossible.)

“This thing called Community Read … provides a shared experience for our new freshmen so that they all have a common intellectual experience to discuss from the very moment they step on campus,” ASU West Dean Todd Sandrin said. And the nontraditional nature of “Hamilton,” renowned for its revolutionary use of hip-hop, “underscores in many ways the ASU approach to education.”

That is, Sandrin said, “it epitomizes interdisciplinarity,” something the West campus’ New College is named for, by going outside the bounds of what was thought possible or acceptable and integrating new and unexpected approaches to create something unique that fills a void.

Odom echoed that sentiment when he talked about just how special “Hamilton” was to him and how lucky he felt to have been a part of it.

“I hope at some point in your life,” he told the crowd, “you find your way to something that is that special. If you can find yourself one company, one startup, one case to try, one medical discovery that makes a difference, one thing in which you feel used to your highest capacity, where you’re like, 'This is me at my best,' then you are divinely blessed. … And I got that.” Leslie Odom, Jr., who played Aaron Burr in "Hamilton," speaks with ASU Assistant Professor Jeff Kennedy in front of more than 400 students and faculty on the West campus on Monday. Odom would be performing with his band later in the evening. Photo by Charlie Leight/ASU Now

He encouraged students to work toward finding something similar by having a goal in mind that they truly believe in and are willing to “sink [their] teeth into.”

“If you can make sure that your life’s work is in service of your passion, all the better. Because then it’s not six years of torture, it’s six years walking down the thing that you love,” Odom said, referring to the six years it took Miranda to write “Hamilton,” which could arguably become his life’s noted work.

“Whatever it is that you are deciding to pursue, it’s going to take you a minute to walk that thing down. So it’s going to be a lot easier, you’re going to enjoy life a lot more if it’s something that you love, that uses you in the best way, something [that will allow you] to be able to change the industry you care about.”

In a separate concert later in the evening at ASU West, Odom performed songs from “Hamilton” as well as his eponymous solo recording, which reached No. 1 on the Billboard Jazz charts.

Top photo: Leslie Odom, Jr., who performed as Aaron Burr in Lin-Manuel Miranda's epic musical "Hamilton" on Broadway, speaks Monday at ASU West. Odom spoke of the importance of acting from the heart, the relentless push toward perfection and his thought on the popularity of the play about America's founding fathers. Photo by Charlie Leight/ASU Now