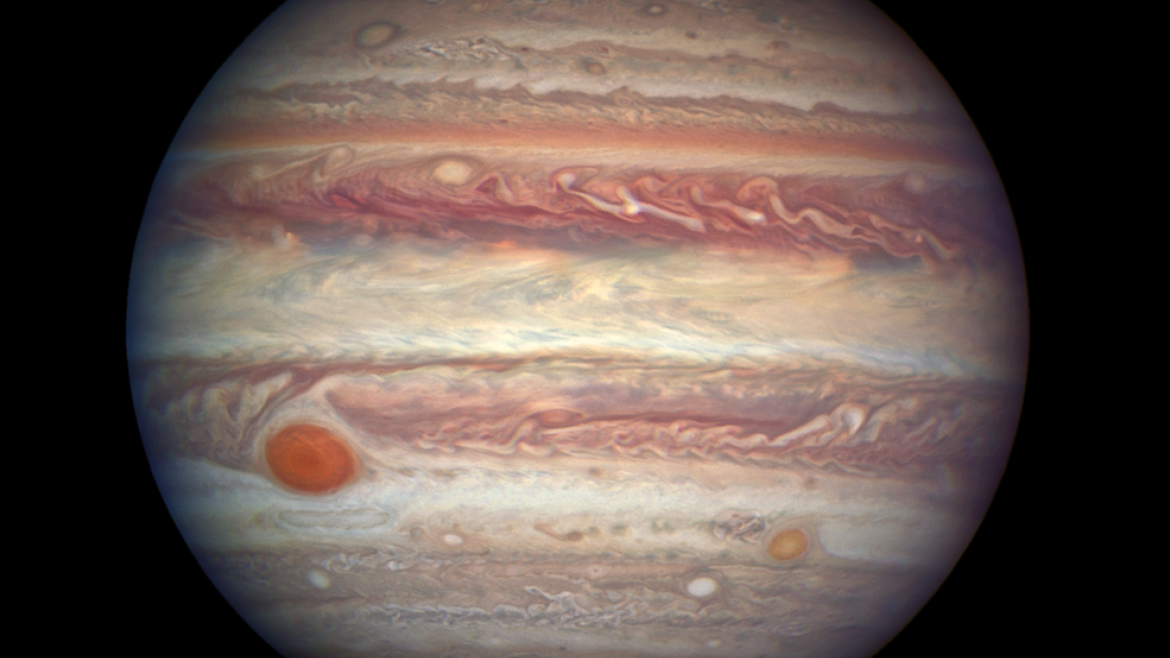 In the 1970s and 1980s, the Soviets put landers on the surface of Venus. One survived for 57 minutes (the planned design life was 32 minutes) in an environment with a temperature of 470 degrees Celsius and a pressure of 94 Earth atmospheres.

Another lasted for 127 minutes in similar conditions. Yet a third held on for 63 minutes. No spacecraft has yet laid our eyes on the surface of Jupiter because of the planet’s intense radiation.

“That’s our dream,” said Zhao, an expert in electrical and computer engineering at Arizona State University. “That’s what we’re planning.”

Zhao recently won a grant from NASA to build a computer brain made from an exotic material being hailed as the new silicon with the ability to withstand intense heat and radiation. Electronics made from the material would enable NASA next-generation missions to planets seen only from great distances or for short periods.

“This material has unique features,” said Zhao, an assistant professor in the School of Electrical, Computer and Energy Engineering in the Ira A. Fulton Schools of Engineering. “It’s radiation-hardened material, so it can resist a very high-radiation environment.”

No one has ever made a CPU from gallium nitride.

“We will be one of the first ever to do that,” Zhao said. “It’s very exciting.”

“This program is aimed at NASA missions that are close to the sun, or to planets that have very high-surface temperatures, like Mercury and Venus,” he said. “When they have electronic devices or systems on the surface, they need high-temperature electronics. That is what we are doing.”

Silicon does not do well at high temperatures.

“The material we are developing, we have results for the solar cells we have up to 500 degrees C, 300 degrees C, and don’t see a decrease at all,” he said. “In some cases if we design our device in a very unique way, their performance will be peak at 500 degrees C. This is very unique about this material; it’s designed for high temperatures.”

“For space it makes sense to use this material to develop a high-temperature CPU,” Zhao said. “There’s a lot we don’t know about this material.”

NASA is sitting up and taking notice of gallium nitride. Currently, Zhao is prototyping high-temperature resistant solar panels made from gallium nitride for another NASA grant project.

“Our progress on solar cells has started to give NASA notice and to really pay attention to this material,” he said. “On the comments I had for my review on other NASA projects they said, ‘I never believed in this material, but your stuff is starting to make me believe it.’ We are very happy about this comment, but we still have a very long time to go.”

Top photo: An image of Jupiter taken by the Hubble Space Telescope on April 3. Photo by NASA/ESA/A. Simon (NASA Goddard)

In honor of Domestic Violence Awareness Month, Arizona State University Police Department officers and aides will wear purple Velcro patches, bracelets and lapel pins throughout October to show support and create awareness of the subject."The Purple Patch is an outward expression of an inner commitment to connect with our community and serve them in every way possible," ASU Police Chief Michael Th...

"The Purple Patch is an outward expression of an inner commitment to connect with our community and serve them in every way possible," ASU Police Chief Michael Thompson said. "We want to support them and let them know we are here to help those who may be experiencing domestic violence, dating violence and stalking." 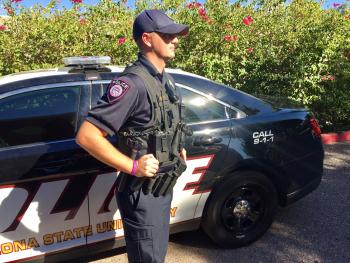 According to the National Coalition of Domestic Violence, nearly 20 people per minute are physically abused by their partner in the United States. In addition, the coalition says that one in three women and one in four men have been victims of physical violence by a partner within their lifetime.

"We want to increase awareness, educate community members about domestic violence and talk about the impact that it can have on individuals and communities," said Katy Harris, ASU Police information officer. "The Velcro patches, bracelets and lapel pins are designed to show support for survivors and a commitment to ending violence in our community."

The department is also partnering with Educational Outreach and Student Services to collaborate at multiple domestic violence awareness tabling events throughout the month, starting with a kickoff event Oct. 2 at the Tempe campus' Student Services Lawn. See a full list of events below.

The domestic violence awareness patches are just the department's most recent efforts. In 2014, the department became the first university to declare its commitment to the Start by Believing cause — a global campaign that aims to transform the way people respond to sexual assault. Thompson also led his agency in creating a Special Victims Unit (SVU), making ASU one of just four universities in the nation with an SVU dedicated to addressing sexual assault on campus. The ASU Police Department was also at the forefront of April's Sexual Assault Awareness Month campaign.