People have been eating dates for more than 6,000 years, but only recently have consumers worried about whether they’re “pesticide free.”

As date growers in Arizona are in the midst of harvesting the sweet fruit, they now have a better idea of how to market their crop thanks to new research by two professors in the Morrison School of Agribusiness at Arizona State University.

Carola Grebitus, an assistant professor, and Renée Hughner, an associate professor, received a “specialtyOther specialty crops in Arizona include leafy greens, citrus and melons. crop block grant” from the Arizona Department of Agriculture to do the market research — the first ever on consumer preferences for dates.

They surveyed 3,000 consumers across the United States and found that people are willing to pay more for dates that are labeled “pesticide free,” and a few cents more for dates marked “Arizona grown.”

“We’re starting to see an uptick in dates grown in Arizona and now the demand needs to match the supply,” Grebitus said.

Sales of dates in the U.S. grew by 14 percent over the last decade, she said. Ninety percent of domestic dates are grown in the Coachella Valley, but there are 7,500 acres of Medjool dates in Arizona, which yield 14 million pounds of fruit worth $8 million at the market.

So the professors set out to see the best way that growers could market dates to get the highest price. They set up an online survey of consumers who were already buyers of dried fruits. Dates actually are fresh, but “you have to start somewhere,” Grebitus said. 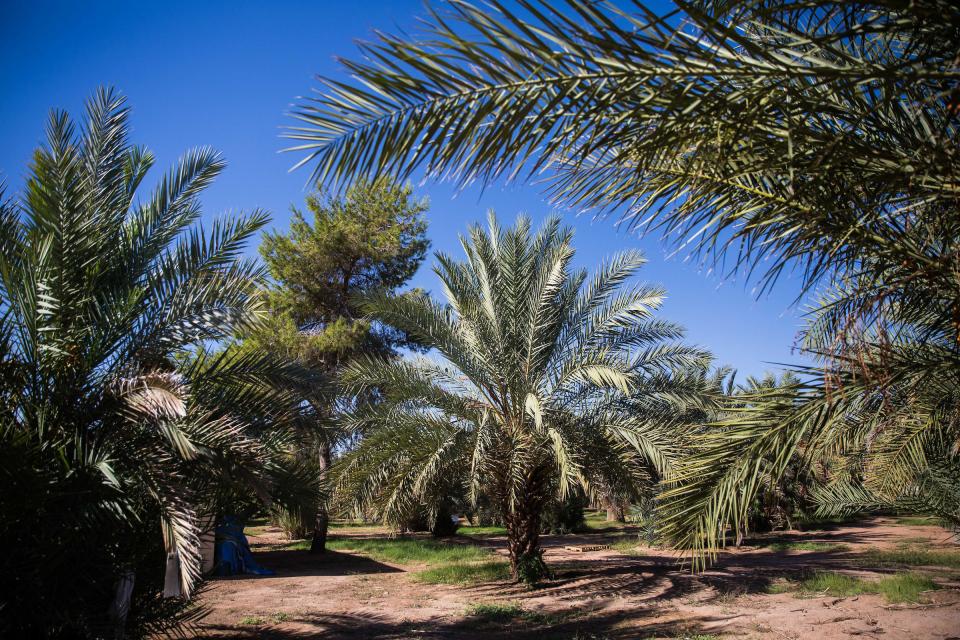 More than 90 percent knew that dates are a good source of fiber, potassium and antioxidants.

Consumers reported buying dates a few times a year, and younger people and households with children were more likely to do so.

Grebitus surmises that women might be less likely to buy dates for themselves because they are not low calorie — two dates have 140 calories — although they have a low glycemic index Glycemic index is a measure of carbohydrates according to how they affect blood glucose levels. Carbohydrates with a low glycemic index are more slowly digested and metabolized and cause a lower and slower rise in blood glucose levels.and their high fiber content makes them a filling snack.

Another part of the survey showed consumers different kinds of labels for dates. They included various combinations of price and wording such as “pesticide free,” “GMO free,” “grown in Arizona,” “grown in California,” “fresh” and other variables. They were then asked which date package they would buy.

• They were willing to pay 14 cents per ounce more for dates labeled “Arizona grown” but weren’t interested in “California grown.”

• They were willing to pay 17 cents per ounce more for dates labeled “GMO free.”

Dates in Arizona are grown free of pesticides, Grebitus said, but the growers have not gone through the expensive process of becoming certified “organic.”

“This tells me that I should say ‘pesticide free’ and that having ‘Arizona grown’ is a positive for consumers, but you also don’t want the label to get too crowded,” she said. “Don’t worry about saying ‘fresh.’"

As part of the studyThe study is under review for publication in a journal., she and Hughner visited some stores, where they found the dates in odd places, such as in a box on the floor or on out-of-the-way shelves, and vaguely labeled “grown in the U.S.”

“If you want to sell them, people need to see them,” she said.

The professors presented the results a few months ago to growers at an agricultural conference in Yuma, who were surprised to find that almonds were not a competitor. Consumers weren’t choosing between almonds and dates — they would buy almonds no matter what, the study found.

“They had never seen consumer results before, and getting that kind of information from a market research company would be very expensive,” Grebitus said.

Because they surveyed so many consumers, the professors received a follow-up grant to further analyze the results.

“We see that some are willing to pay more, but who is willing to pay? Is it the mother, and at what income or education level?” Grebitus said. “So then in the marketing, you would want to include a picture of a child.

“Who is interested in ‘Arizona grown’? Is the person on the East Coast who says, ‘I have to have my Arizona dates’?”

Grebitus said she ate a lot of dates during the study, which she loves because they are all natural and filling.

“My background is in food science so I’m always trying to think about what we can serve that is sweet but healthier than a cake.”

Where to get dates

To buy: ASU has several acres of date palms, which are harvested in September and October. A variety of dates are sold through October (and longer if the harvest lasts) for $5 per pound at the following locations:

To help: Find out information about volunteering for the campus date harvest by contacting Deborah Thirkhill at deborah.thirkhill@asu.edu.

Don't know what to do with dates? Try this healthful recipe

ASU event explores the science behind how dogs steal our hearts

What is it about dogs that make them so cool? Why are they so friendly with humans? How did they develop certain social skills that allow them to endear themselves to us and then engrain themselves into our lives? How did they perfect the art of begging?These topics will be explored in “Going to the Dogs 2017,” from 6:30 to 8:30 p.m. Thursday, Oct. 5, at the W. P. Carey Foundation Armstrong Gr...

ASU event explores the science behind how dogs steal our hearts

What is it about dogs that make them so cool? Why are they so friendly with humans? How did they develop certain social skills that allow them to endear themselves to us and then engrain themselves into our lives? How did they perfect the art of begging?

These topics will be explored in “Going to the Dogs 2017,” from 6:30 to 8:30 p.m. Thursday, Oct. 5, at the W. P. Carey Foundation Armstrong Great Hall in the Beus Center for Law and Society at Arizona State University's Downtown Phoenix campus. The event is free and open to the public. 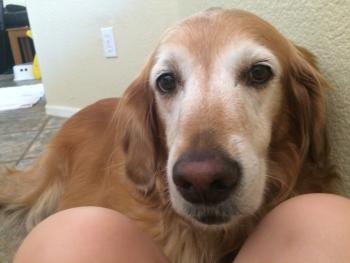 Dogs are masters at nonverbal communication. Learn how they do this at "Going to the Dogs 2017," at the Beus Center for Law and Society on Oct. 5. Download Full Image

“This is the third in a series of talks that explores the world of dogs and their intricate relationship with us,” said Clive Wynne, an ASU professor of psychology and director of the ASU Canine Science Collaboratory. “This time we want to get to the bottom of what makes dogs so unique, their origins and what differentiates them from wolves. Participants will hear about the latest canine science that will reveal some of the underlying mysteries of dogs.”

• Elinor Karlsson of the University of Massachusetts who recently launched a citizen-science initiative called Darwin’s Dogs that invites all dog owners to participate in research exploring the genetic basis of dog behaviors that make them so loved.

• Robert Wayne of UCLA, a geneticist who studies dogs and their wild relatives as well as other aspects of how they live. Wayne, who was a leader of the consortium that first sequenced the dog genome, will provide a list of 10 things you didn’t know about dogs.

• Greger Larson, of the University of Oxford, who combines archeological and genetic analyses to shed new light on the origins of dogs, will be talking about the first dogs in the Americas.

The event will be live streamed at: https://asunow.asu.edu/asulive.

“With an exciting line-up of top scholars, this promises to be an event dog lovers will not want to miss,” Wynne said.

The Beus Center for Law and Society is located at 111 E. Taylor St., on the Downtown Phoenix campus.