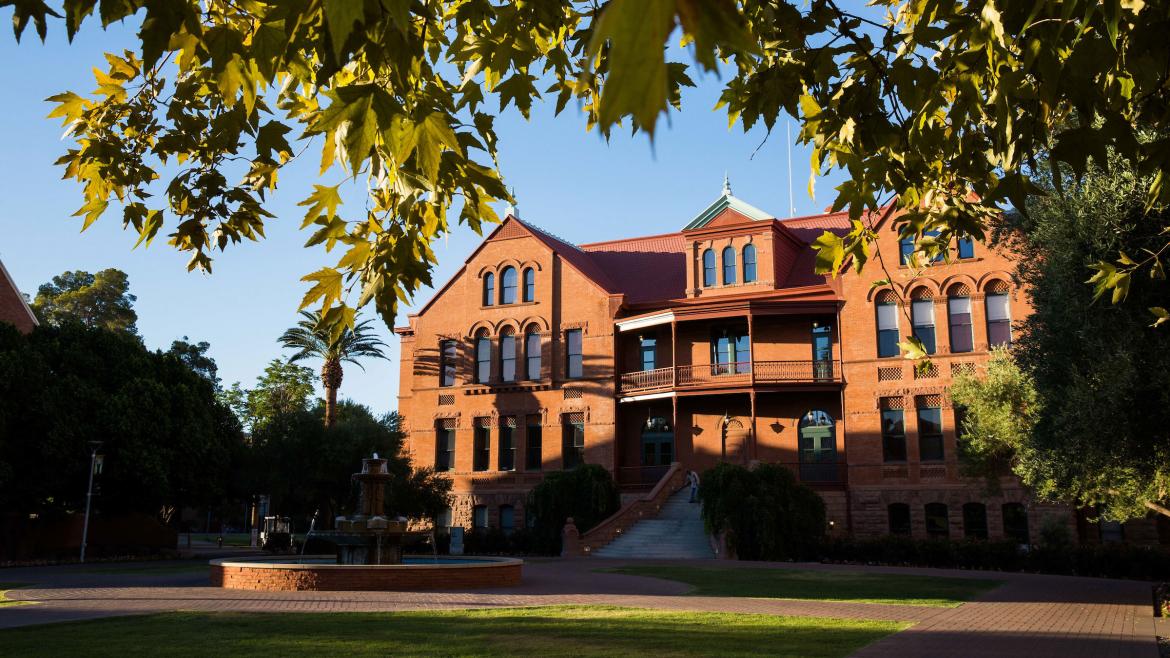 Elizabeth Capaldi Phillips, the energetic, purpose-driven and passionate educator who served as Arizona State University’s provost and executive vice president during a time of explosive innovation and growth for the university, died Saturday at her home in Gainesville, Florida. She was 72.

She had been battling a virulent form of brain cancer called glioblastoma for about a year before her death. 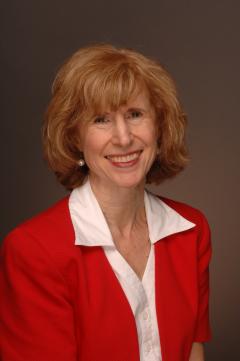 Phillips, a professor of psychology throughout her academic career, had a tremendous impact as a higher-education administrator, creating in her leadership roles around the country student-centered universities that focused on the success of the undergraduates and graduates they served.

She came to ASU in 2006 when she was named provost by President Michael M. Crow, a job in which she served for seven years.

“Betty’s life was one dedicated to learning and teaching and discovery,” Crow said. “She had a relentless focus on helping universities do what we do better. ASU is fulfilling its vision as a New American University in no small measure because of her effort, creativity and leadership. It is a better institution and a better servant of the people because of Betty Phillips.”

Phillips was ASU’s chief academic officer during a time of significant change for the university.

She arrived in Tempe with the charge of improving student retention, something with which the university had been struggling. Right away she began to implement a comprehensive suite of educational tools that put the focus on student success.

“Betty came with a set of specific ideas of how to address retention,” said Mark Searle, executive vice president and university provost. “Coupled with other ideas that emerged from her leadership, we were able to make dramatic gains in retention of our freshman class.”

One idea Phillips came to ASU with was eAdvisor, an online portal that prescribes a pathway to success for students in ASU’s more than 300 majors. Phillips coupled that with a so-called “retention dashboard” to allow academic advisers and faculty to more closely monitor students for signs that they might be on the wrong track educationally, a first of its kind in the industry, according to Art Blakemore, ASU’s vice provost for academic success.

“Not only did she change ASU, but she really did change higher education,” Blakemore said.

She introduced adaptive learning tools that tailor the learning experience to focus on concepts with which students need the most help.

She pushed for the creation of ASU 101, a required, one-credit course designed to introduce all new ASU students to the unique elements, culture, challenges and opportunities of the university.

And she insisted on something that may seem basic but bedevils large university systems around the country: If a class is required, that class has to be taught and there have to be enough seats for all of the students who need the class.

Frederick Corey, the university’s vice provost for undergraduate education, said not being able to make that simple promise to the students would not be tolerated by Phillips.

“She would have none of that,” he said.

She contributed more than 65 chapters and articles to scientific literature, co-authored three editions of an introductory psychology textbook and edited two books on the psychology of eating, her specific area of research in recent years.

Her psychology research labs investigated motivation and learning in animals and humans, with a specific recent interest into the effects of experience on food preferences and aversions.

After transitioning out of the provost office in 2013, Phillips went back to teaching and research in psychology and hosted a cooking show on Arizona PBS called “Eating Psychology with Betty,” which explored how biological, social and learned behaviors can affect how we interact with food.

In 2012 she married Win Phillips, a professor of mechanical and aerospace engineering at the University of Florida.

Tough, generous — and a great laugh

Talk with Phillips’ colleagues and friends and several themes emerge over and over. She was a force of nature. She had an incredible work ethic and was usually up and working by 4 a.m. She was relentless in achieving what she believed was right. She was committed to students and making the university work for them.

And people remember her laugh.

“She would laugh so hard she couldn’t stand up,” remembered Mari Koerner, who served as dean of the Mary Lou Fulton Teachers College during much of Phillips' tenure and counted her as a friend.

“She had a really quick laugh,” Blakemore said. “She had a unique laugh. I probably remember that more than anything else.”

And everyone remembers her dog Henry, a breed called a Kuvasz. Henry was a constant companion for Phillips during most of her time in the provost office.

“The dog and cooking were two of her passions,” Searle said.

That love of cooking and wine (she often served a Pinot Grigio called Santa Margherita) made her generous with her hospitality.

“ASU never had more parties than when Betty was provost,” Koerner said.

As a boss and a leader Phillips could be demanding.

Corey remembers an instance when Phillips asked some members of her team for a status report on a project and received the response, “We’re working on it.” She replied, “‘We’re working on it’ means nothing is happening,” and left the room.

“She was tough, but God, I’ve never learned so much from anyone in my life,” Blakemore said.

“She had high expectations for us all — while at the same time supporting us unconditionally in what we were trying to do to meet our goals,” said Kent Hopkins, vice president of enrollment services, “because our goals were focused on helping students be successful and earn their degrees.”

For Phillips, there was no time to lose when it came to improving academic outcomes for students.

“We did these things just lightning fast,” said Blakemore, speaking of the innovations Phillips brought to ASU. “She just wouldn’t tolerate slow.”

Her success, according to Koerner, can be attributed to her commitment to students.

“She was unrelenting about how does this impact students? And how are you supporting them to make this experience something that will transform their lives?” Koerner said.

A passion to transform ASU

Koerner describes Phillips as working hand in glove with Crow during her time as provost.

Crow listened to and respected Phillips.

“Together they really, I felt, watched out for Arizona State University and all the kids and all the faculty and all the staff. … [They] worked together toward the vision of making ASU a great university,” Koerner said.

“Betty added so much to our success at ASU through her deep commitment to students from all family backgrounds being successful at a research-grade university,” Crow said. “To her role as provost she brought energy, drive, insights and experience. She also brought a level of focus and determination that was an inspiration to me and to those who could keep up with her.”

Throughout her life in higher education, that energy was dedicated to her students and all the students at the schools where she was a leader. She worked tirelessly to make sure that everyone knew what a university existed to do.

Since graduating with a bachelor’s degree in creative writing from Arizona State University, Amanda Ventura has been developing her writing style with a career in public relations and marketing while remaining involved in the university community.“I think people who are creative are naturally curious so they gravitate toward the sciences,” said Ventura, who started her undergraduate studies ...

Since graduating with a bachelor’s degree in creative writing from Arizona State University, Amanda Ventura has been developing her writing style with a career in public relations and marketing while remaining involved in the university community.

“I think people who are creative are naturally curious so they gravitate toward the sciences,” said Ventura, who started her undergraduate studies as a biology major. “That’s what appealed to me most, but my strengths were definitely in writing and reporting.” 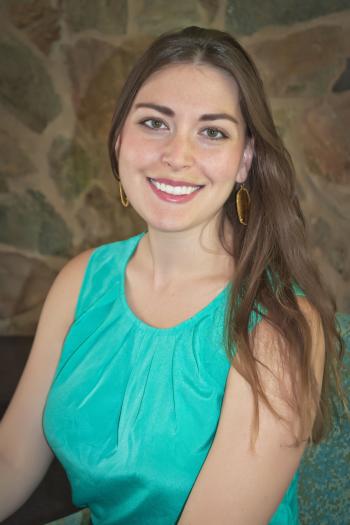 Arizona State University alumna, Amanda Ventura graduated with a Bachelor of Arts in English (creative writing) from the Department of English in 2011. Download Full Image

Ventura switched her major after being drawn to the written word and learning how to manipulate language to tell stories. In 2011, she received a Bachelor of Arts in English with an emphasis in creative writing from the Department of English.

After graduation, she worked as a freelance writer for many publications in Arizona, including Arizona Business Magazine, Phoenix New Times and PHOENIX magazine.

“I decided to switch over to public relations because you can tell the same story in five or six different ways,” she said. “When you’re working for one publication, you’re confined to their beat, their readership and a certain style. So, in public relations, I was able to get a little more creative and that’s why I fell in love with it and why I’m still doing it.”

Ventura is currently a senior account manager at Evolve, where she helps a handful of clients grow their brand through communication and marketing. She assesses the past and current state of a company’s public relations and marketing strategy and devises an updated plan to take these initiatives to the next level with out-of-the-box thinking.

“I like collecting stories and getting to know everyone, understanding their own route to where they currently are,” said Ventura, when asked about her favorite part of her career. “It’s always varied and I think that’s something creative people need.”

Ventura is thankful she had the opportunity to work with the talented writers in the Department of English. She had courses with T.M. McNally, director of creative writing, and Sally Ball, associate professor of English, who encouraged her to find her voice. Her professors challenged her to be open minded as she was developing her creative skills.

“I would say you really learn how to read when you’re in the creative writing program at ASU,” Ventura said. “Having access to these incredibly accomplished writers who push you to read things that influenced them when they were your age was really substantial”

On top of her accomplishments as a writer, she is also a founding member of the Emerging Leaders program: a group of young professionals who serve on the College of Liberal Arts and Sciences Dean’s Council to find new ways for the college and community to succeed.

“I’m really proud and happy to be involved in this program,” Ventura said. “I can come back in a role that helps other people feel connected to their university again. I want to see the foundation of our work give way to a growing network of young alums who are empowering each other and themselves to make the most out of their careers.”

Ventura said she enjoys being able to bring recent graduates back into the support system of ASU and their fellow alumni because most people just want to take the degree and run.

“The world is a lot smaller than you realize,” Ventura said. “I think it’s really important for ASU grads to understand the university still has something to offer them.”