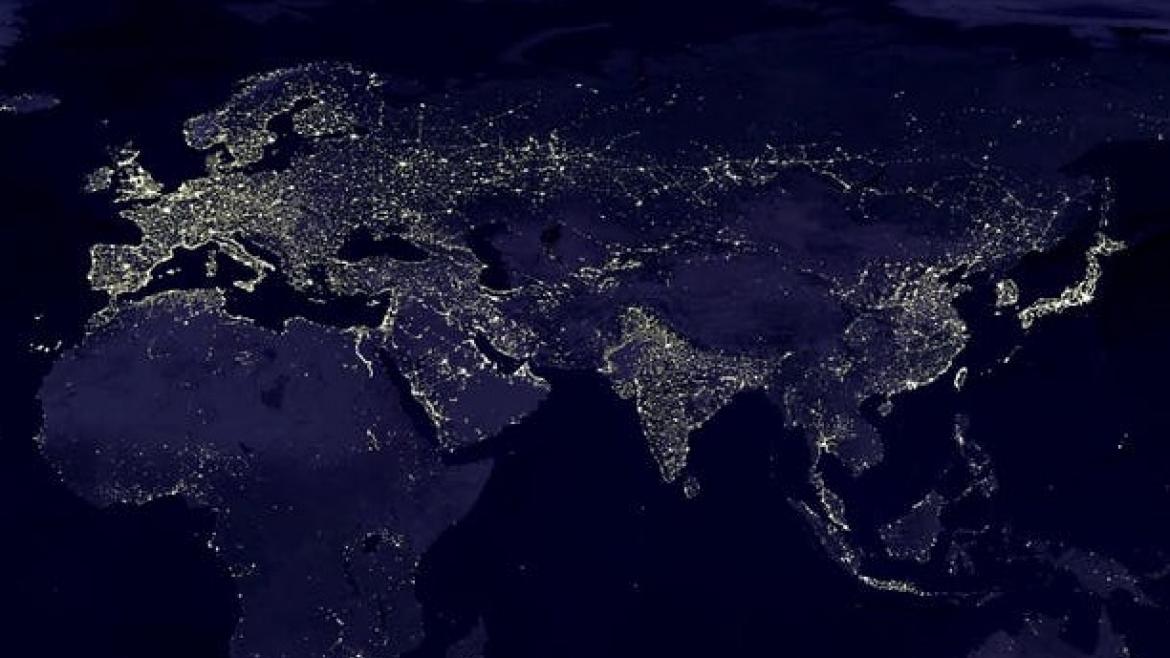 ASU Japanese Lecturer Bradley Wilson wishes his American students knew more about the cultural influences behind the anime comics they love so much. Chandler Gilbert Community College Adjunct Professor Elizabeth Daly wants to make sure her composition courses are catering to a changing student demographic. Jacque Starks, diversity coordinator for Maricopa County Community Colleges, hopes to be a resource for faculty who want to know more about the Asian experience.

“There are so many stereotypes and misunderstandings” about such a vast area of the world, Starks said.

That’s why she, Wilson and Daly all attended the Engaging Asia workshop last week at Arizona State University’s Tempe campus. The workshop, hosted by ASU’s Center for Asian Research, served as an introduction to the center’s Asia Mediated project and a chance for local community college faculty and staff to network with one another as well as ASU faculty and staff.

“This event came out of a desire to connect better with community colleges and examine ways we might collaborate and better serve all of our students,” said Maria Hesse, ASU vice provost for academic partnerships and a former community college professor herself. “It’s a way to have a conversation about what we might be doing together to advance this area.”

The Engaging Asia workshop is just one way ASU Professors Juliane SchoberJuliane Schober is a professor in ASU’s School of Historical, Philosophical and Religious Studies. and Pauline CheongPauline Cheong is a professor in ASU’s Hugh Downs School of Human Communication. have been working to increase knowledge and understanding of that area since receiving a two-year U.S. Department of Education UISFLUndergraduate International Studies and Foreign Language Program grant to fund the Asia Mediated project last year.

“Asia is more than 40 countries, with a whole spectrum of media [platforms], from traditional media to brand-new digital applications,” Cheong said. “So we are talking about a rather deep and broad, rapidly evolving terrain.”

However, it’s a terrain not often trod by those in Western countries, resulting in a potentially problematic knowledge gap.

“What happens in Asia doesn’t just stay in Asia. It’s not like Vegas,” Cheong said. “It affects us here [in America and other Western countries] in our everyday lives.” 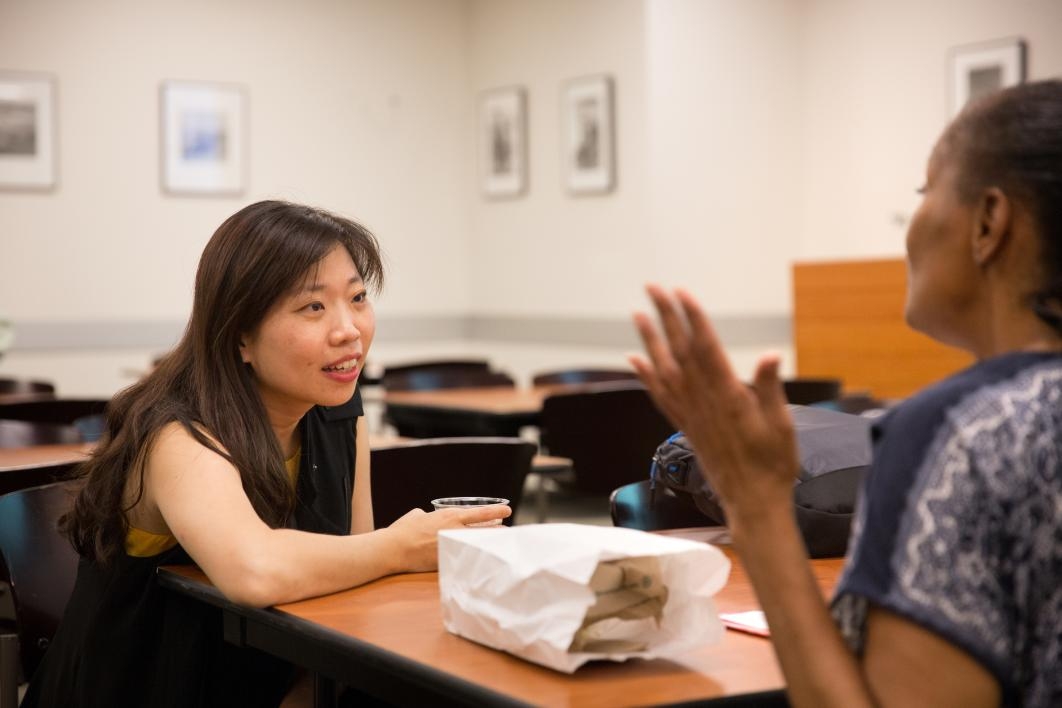 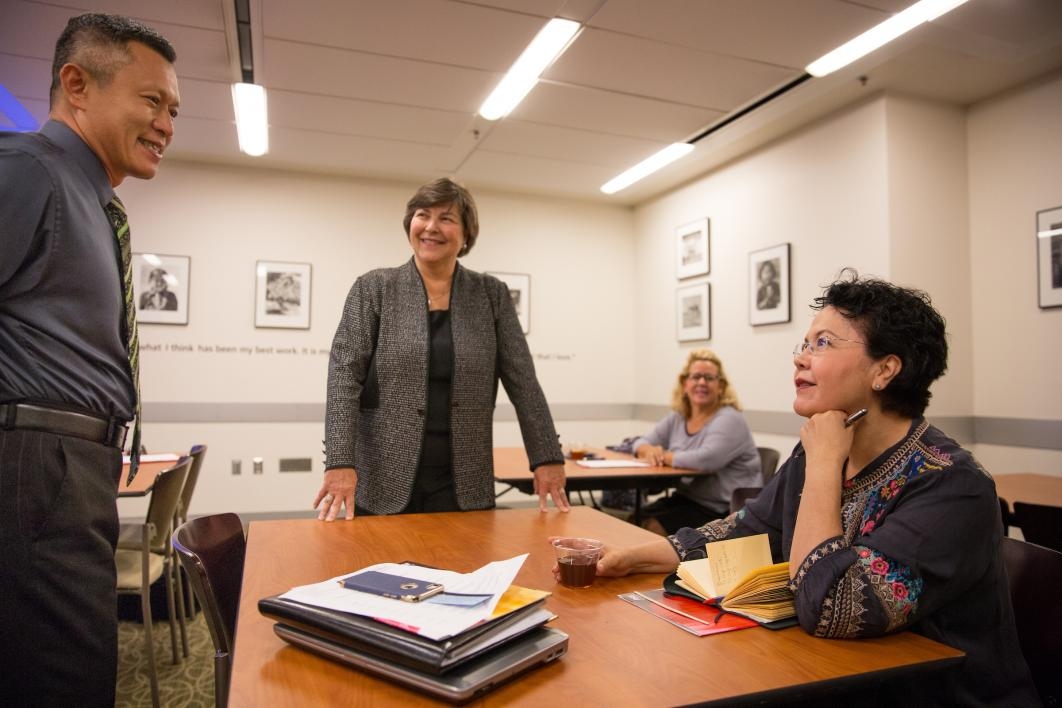 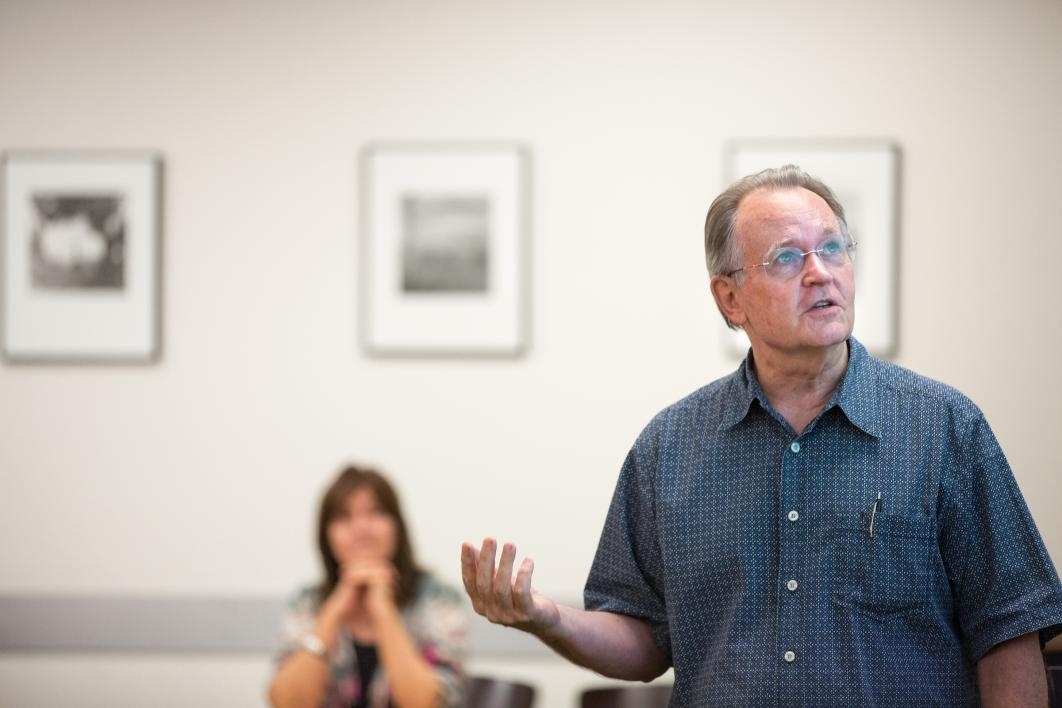 The Asian influence is felt in a variety of areas, from tech hardware to immigration to entertainment — not to mention the internet. Asians make up about 50 percent of internet users worldwide, Cheong said.

“In terms of internet users, Asians dominate the scene. … I tell my students, if you’re studying anything to do with communication technologies and Asia, you are the future,” Cheong said.

Biological sciences and Asian Pacific American studies double-major Ronae Matriano was one of three Barrett Honors students chosen to work as interns for the Asia Mediated project. Together, they helped translate ASU professors’ research into two weeks' worth of online course material, available to anyone. Each module covers a different topic, such as Wilson’s “The Shadow of WWII” and ASU history Professor James Rush’s “Truth to Power: Activist Journalism in Southeast Asia.”

“Each professor has a unique and interesting field of study, and being able to work side-by-side with them to put their research into a module for use state-wide, and possibly even internationally, has been invaluable to my learning,” Matriano said. “I have not only learned more about Asia, but I have also developed skills for module development and communication.”

Both Wilson and Rush presented their modules to the community college faculty and staff at the Engaging Asia workshop. Cheong hopes the open-access material will get all educators thinking about “teaching to a larger audience and engaging the wider community.”

The Asia Mediated lunch and lecture series will begin Thursday, Oct. 19, with a talk by Aswin Punathambekar, associate professor and director of the Global Media Studies initiative at the University of Michigan. His talk, “A Sound Bridge: Listening for the Political in Digital South Asia,” will explore the centrality of sound and listening practices in the mediation of politics and citizenship in Indian public culture.

During the final year of funding, Cheong and Schober have plans to compile all the activities and knowledge accumulated for Asia Mediated into an electronic book of sorts. Cheong hesitates to use the word “book” because it will be highly interactive, with hyperlinks, keyword search capabilities and a linked index and glossary.

All of the faculty who have contributed “have been tremendous, and very creative,” Cheong said. She hopes the project and the resulting compilation will serve as an enduring resource for students, faculty and the community.

“Not everybody learns from lectures or multiple-choice questions,” she said. “[Asia Mediated provides] a new way of learning that’s more interactive and textured, so that the subject matter becomes richer and more memorable.”

It’s how Schober, Cheong and their ASU colleagues across different campuses are trying to “do a better job of teaching and engaging in these critical issues.”

The dangers of weaponized narratives

Criticism of Facebook began last week after a news report said the social network enabled advertisers to seek out self-described anti-Semites and, revealed this week, published Russian-bought divisive political ads. The company responded by saying that it would restrict how advertisers targeted their audiences and actively work with the U.S. government on its Russian-interference investigations... 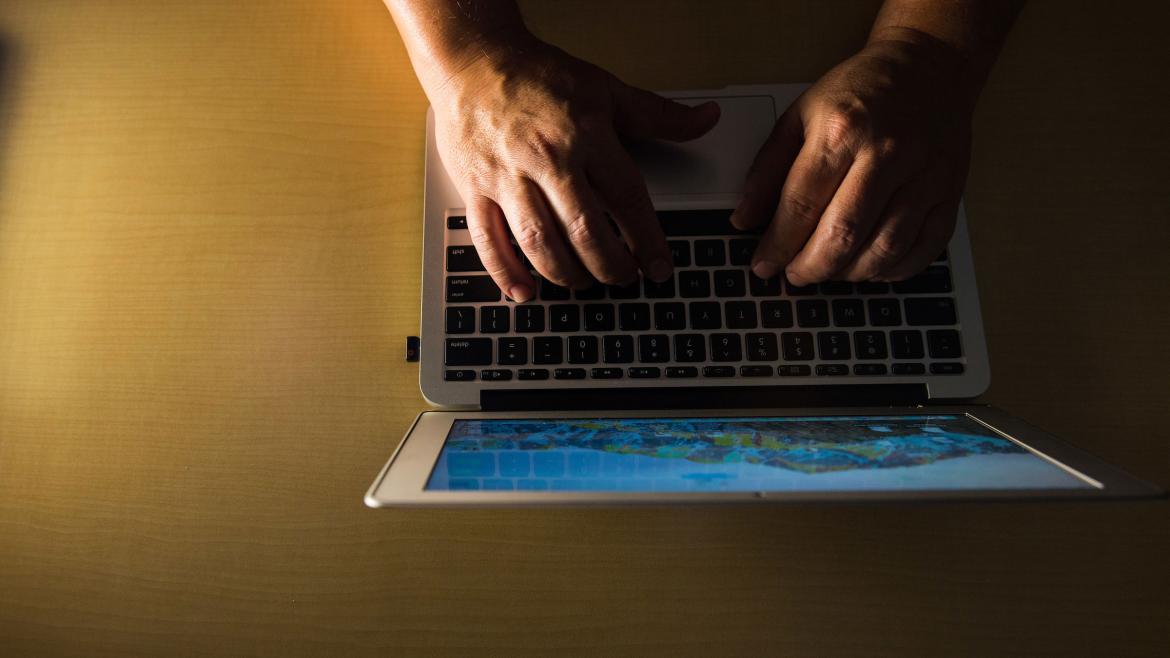 The dangers of weaponized narratives

Criticism of Facebook began last week after a news report said the social network enabled advertisers to seek out self-described anti-Semites and, revealed this week, published Russian-bought divisive political ads. The company responded by saying that it would restrict how advertisers targeted their audiences and actively work with the U.S. government on its Russian-interference investigations.

Google also came under fire at the same time after news that it allowed the sale of ads tied to racist and bigoted keywords. Google responded by claiming it would work harder to halt offensive ads.

ASU Now talked with Joel Garreau, a professorGarreau is a professor of culture, values and emerging technologies in the Sandra Day O'Connor College of Law as well as affiliated faculty in the School for the Future of Innovation in Society. of culture, values and emerging technologies at Arizona State University and the founding co-director of the Weaponized Narrative Initiative, which seeks to start a dialogue about how to respond to this challenge. Weaponized narrative is the new global battle space, Garreau said: “America and other Western democracies — and indeed the very Enlightenment — are under attack.”

Question: “Weaponized narrative” used to be called propaganda, but you could choose not to pick up the leaflet 50 years ago. Now we’re inviting it into our lives via social media. Does this give it more power?

Answer: This may come as a shock to some folk, but dropping leaflets out of airplanes is to weaponized narrative as hand grenades are to weapons of mass destruction. Weaponized narrative is warfare in the information environment. It uses words and images instead of bombs and bullets — often to greater effect. Against the United States, for example, our opponents aim to weaken society by fragmenting our fundamental agreements on what it means to be an American. Or even what it means to be a patriot.

Sun Tzu, 2,500 years ago, talked about the use of information in warfare. What’s new and so powerful is that the volume, velocity and variety of information has exploded all around us. We can’t keep up. A fast-moving information deluge is the ideal battleground for this kind of warfare — for guerrillas and terrorists as well as adversary states.

Q: What role should Facebook and Google be taking in this environment?

A: Facebook is to be applauded for drilling down and finding out that their corporation had in fact been used as a weapon against the American election.  But look how long it took for this information to come out. America’s goal must be to identify and respond to these attacks as they are going on — so we can actively defend ourselves. And unfortunately, the capacity to understand the attack — much less defend against it — is now in the hands of corporations that are famously secretive.

Q: Hate speech is protected. We can “avert our eyes,” as the Supreme Court said. Should government be regulating this in some way, or should it stay out of the issue?

A: Great question. Our Weaponized Narrative Initiative has two aims: First, to figure out what is coming at us. Second, to do something about it, rapidly. That’s why we’re bringing together an occupationally diverse group — not just academics, but Washington policy wonks and military folk and authors and others.

Q: What can you tell us about the human factor in this? Are people approving hate-based ads and other targeted content, or is it regulated by algorithms?

A: We’re paddling as hard as we can to answer questions like that. But both the authoritarian enemies that are attacking us and the American corporations that control the social media are fanatically devoted to secrecy. I heartily applaud Facebook’s revelations. They didn’t have to do that. They could have swept it under the rug.

But that’s part of the problem. It took almost a year for Facebook to reveal its research that merely confirmed what many of us had long suspected. And Facebook still hasn’t told us exactly how these attacks worked. What I would like to see happen is for American corporations see it as their patriotic and humanistic duty to tell their customers instantly about an attack, so we can do something about it.