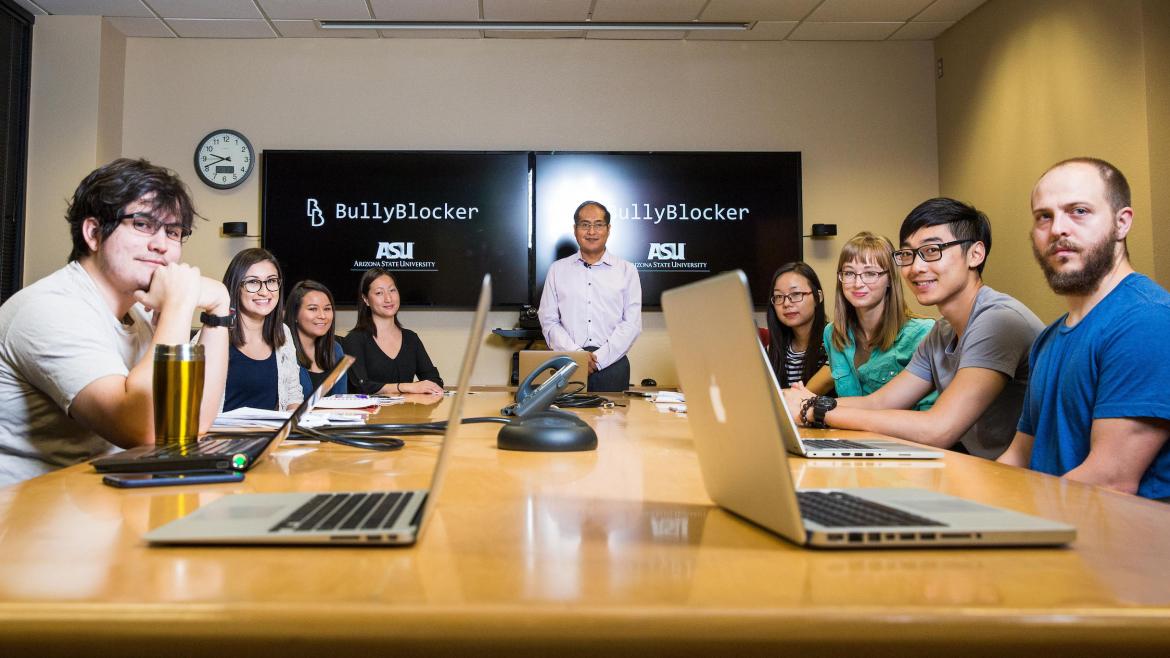 BullyBlocker an interdisciplinary effort, goes beyond abilities of other apps by combining risk factors with keywords to alert parents

Last December, as other teens were looking forward to the holiday season and planning outings with friends and family, Houston-area high school student Brandy Vela was feeling so overwhelmed by online harassment that she held a gun to her chest and pulled the trigger.

Vela's death is an extreme example of what can happen as a result of cyberbullying, but a 2016 paper co-authored by Yasin Silva, associate professor of computer science at Arizona State University, cites a statistic that more than half of adolescents have been bullied online.

Just this month, Silva and his New College of Interdisciplinary Arts and Sciences team of faculty and students announced the public availability of BullyBlocker, a smartphone application that allows parents and victims of cyberbullying to monitor, predict and hopefully prevent incidents of online bullying.

The first version of the app is currently available for free in the Apple app store, and the ASU team has received a nearly $300,000 grant from the National Science Foundation to continue research and development of subsequent versions.

While there are other cyberbullying applications available, BullyBlocker is different in that it is the first and only application so far to do more than just flag potentially harmful posts and comments.

“We are going beyond that,” Silva said. “That’s just step number one in our process.”

BullyBlocker not only identifies those kinds of threats, it combines that information with risk factors (also called states of vulnerability) that have been shown to increase the probability of bullying, such as whether a person has recently moved schools, their socioeconomic status or their race. The app calculates the probability that an adolescent is being bullied based on keywords and risk factors, then alerts the app user — who most likely would be a parent or guardian, helping them to be aware of what is happening in their child's life.

“We’re trying to use a more holistic approach to really consider all the different signs and factors that might be involved in cyberbullying,” Silva said. Doing so has been a truly interdisciplinary undertaking. When the idea for BullyBlocker came about in 2013, Silva quickly realized that in order to have the best, most accurate model, the application would need input from areas other than applied computing.

“From the computer science side, we are experts in terms of data analysis and creating computational models and so on,” Silva said. “But we didn’t know much initially, and I think still our understanding is limited, in terms of what is the nature of cyberbullying? How does it happen? And when it happens, what are the factors involved?”

So he approached Deborah Hall, ASU assistant professor of psychology, who was excited to collaborate. Hall and her psychology students were able to provide insights Silva and his computer science students may not have considered.

At a recent BullyBlocker meeting, the team was discussing the risk-factors portion of the app. They were considering adding sexual orientation to the list, as many LGBT youth experience a higher rate of bullying than their heterosexual peers. Hall pointed out that there could be an issue if the LGBT youth had not come out to their parents, who may be operating the application.

“With each meeting, my knowledge of the computer science and applied computing side of things is getting incrementally larger,” Hall said. “But what attracted me to the project in the first place … was the potential to take some of the research literature and findings from psychology that have been published in more traditional academic outlets and find a way to incorporate them in a meaningful way that will have some real-world consequences.”

BullyBlocker came about from the desire to make a positive social impact through use-inspired research. More than one of the student team members have been supported by NCUIRE, New College’s Undergraduate Inquiry and Research Experiences program.

One of them, Rusty Conway, said that along with giving him real-world experience that has helped build his computing skills, working with the BullyBlocker team has been meaningful because “it’s going to have some kind of social impact that I can be a part of and hopefully be beneficial to people.”

The first version of BullyBlocker that is available now works in conjunction with Facebook. Future iterations are in development to incorporate other social-media platforms like Instagram and Twitter. Funding from the NSF grant will be helpful to that end, Silva said, as well as making further interdisciplinary collaboration possible.

“I really enjoy watching the interactions and how [we all] grow in understanding of relevant theories,” he said. “I see the potential of even greater impact coming out of these collaborations.”

Top photo: Associate Professor Yasin Silva (center) of the School of Mathematical and Natural Sciences stands along with his team of students and faculty members from different disciplines during the BullyBlocker app's group meeting at ASU's West campus on Sept. 13. The team created an app that can detect bullying but also provides resources to the individual being bullied. Photo by Deanna Dent/ASU Now

Facebook and Google have recently come under fire for allowing advertisers to target ads towards users who express an interest in hate speech or racist sentiments. Facebook has also been criticized for allowing Russian-linked accounts to purchase thousands of ads intended to influence the presidential election.Bret Giles, professor of practice in marketing in the W. P. Carey School of Business at ... 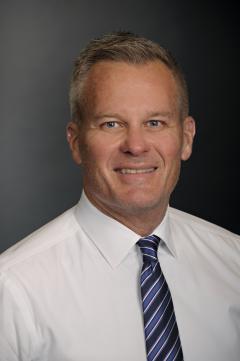