ASU alumnus wants to make a difference in the community

Since he was a young child, Steven Slugocki has been attending sporting events and cheering on the Sun Devils. He never considered pursuing his undergraduate degree anywhere other than Arizona State University.

“I had to stay true to ASU,” said Slugocki, who graduated from the College of Liberal Arts and Sciences. “I decided to study political science and history because I was very passionate about both. I was also fascinated by the presidential election of 2000 between Al Gore and George Bush. And, I wanted to know everything possible about these subjects.” 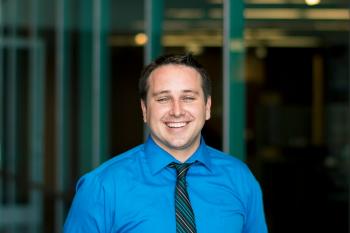 Alumnus Steven Slugocki is a founding member of the Emerging Leaders program in the College of Liberal Arts and Sciences at ASU. He's also a business sales consultant for Wells Fargo and the Chairman of the Maricopa County Democratic Party. Download Full Image

In 2007, Slugocki received a bachelor’s degree in political science from the School of Politics and Global Studies and a minor in U.S. history from the history department. He said the two programs helped him develop a strong work ethic and the ability to recognize and acknowledge differing viewpoints, which has helped in his career.

“My political science professors always taught me to be prepared for any situation and know what you’re talking about so you can speak in an educated way,” he said. “Teamwork and communication are valuable skills that I still utilize today.”

Currently, Slugocki works as a business sales consultant for Wells Fargo and serves as the Chairman of the Maricopa County Democratic Party. He is the youngest county party chair in the country.

“I became the chairman in 2015, but I’ve been on the board for the county party since 2008,” said Slugocki. “We recruit, train and engage activists around Maricopa County. We also have to prepare for and help win elections. So, I’m very involved locally.”

While an undergraduate student, Slugocki was a member of Young Democrats at ASU, a student organization dedicated to campaigning for progressive issues and encouraging political discourse on campus. He also worked with the College of Liberal Arts and Sciences to improve student life and community involvement through local projects.

“These groups and activities taught me the value of working to better our community and that a small group of people can truly make a positive change,” he said.

Slugocki’s commitment to the college didn’t stop once he graduated. He’s one of the founding members of the Emerging Leaders program, a part of the College of Liberal Arts and Sciences Dean’s Council, which was created to re-engage recent alumni and shape the college’s future.

“I hope to make the college as strong as possible,” said Slugocki. “It’s such a diverse college with so many schools and departments. I want to make it a source of pride for recent graduates and people who graduated long ago. They should be proud of their college.”

Slugocki encourages current students and recent alumni to get involved as much as possible.

“Find something you are passionate about and get involved,” he said. “You’ll get to know incredible people and make a huge impact.”

As for future plans, Slugocki said he hopes people see him as a community leader who has made a positive different. He also wants to run for office one day. He’s currently serving as Phoenix Mayor Greg Stanton's appointment to the Neighborhood Block Watch Fund Oversight Committee and wants to continue to be involved in local issues.

“I just want to make a difference in my community,” he said.

Adriana Martínez, faculty associate in Arizona State University's School of Music, in the Herberger Institute for Design and the Arts, recently participated in a seminar for college and university faculty that explored the history of North America’s border and borderlands. The National Endowment for the Humanities Summer Seminar was hosted by the Newberry Library’s D’Arcy McNickle Center f...

Adriana Martínez, faculty associate in Arizona State University's School of Music, in the Herberger Institute for Design and the Arts, recently participated in a seminar for college and university faculty that explored the history of North America’s border and borderlands.

The National Endowment for the Humanities Summer Seminar was hosted by the Newberry Library’s D’Arcy McNickle Center for American Indian and Indigenous Studies in Chicago. The four-week seminar took a “broad geographic approach, framing borderlands as distinct places at particular moments in time where no single people or sovereignty imposed its will,” according to the Newberry website. 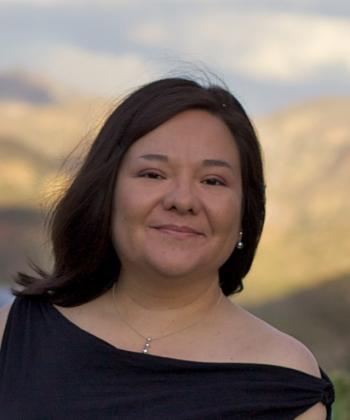 Martínez was one of 16 participants, including historians, anthropologists, economists, political scientists, legal scholars and philosophers.

“The seminar director and guest speakers are leading figures in the field and our discussions were some of the most intellectually stimulating I have ever had,” she said. “The resources of the Newberry are incredible and helped me to advance my research agenda. The main project I worked on is a book I am writing, which will examine the role of music in the U.S.-Mexico encounter at the borderlands. Overall the seminar was an extremely positive experience for my teaching and research.”