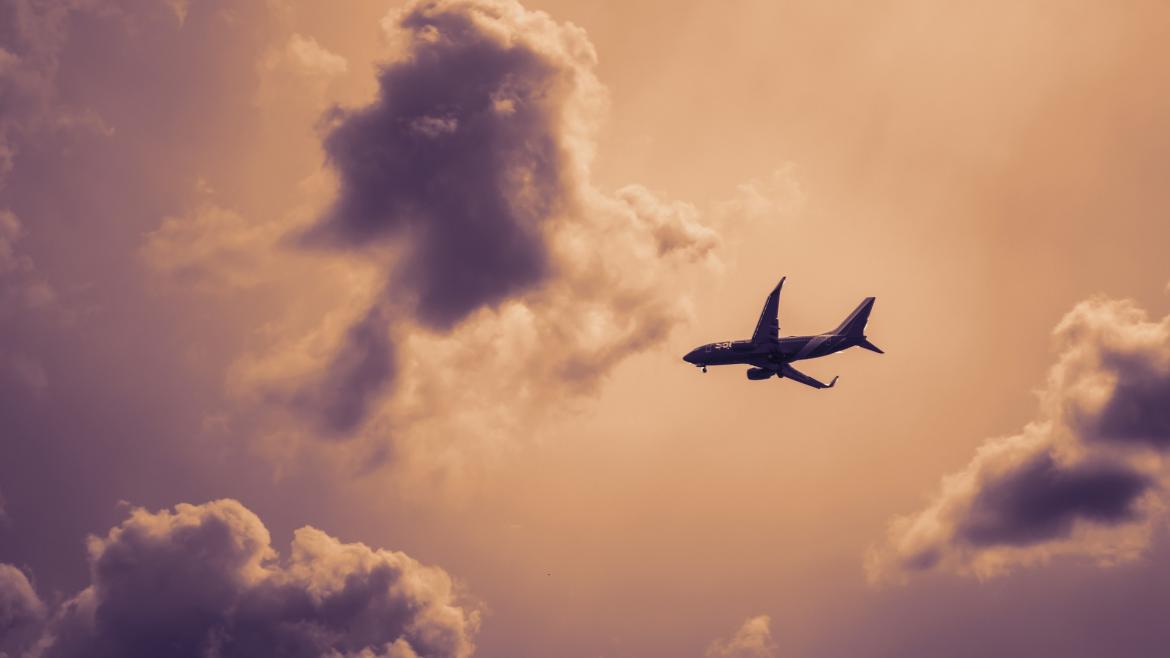 ASU study reveals ways to keep you healthier on planes

New boarding method could help keep you from getting sick while flying.
August 4, 2017

Air travel may be the quickest way to get to your vacation destination, but it’s also one of the speediest ways for infectious diseases to spread between people, cities and countries.

So when patient zero — or a sneezing toddler — makes it onto the plane, what will minimize your chances of getting sick? An Arizona State University team that includes School of Human Evolution and Social Change Assistant Professor Anuj Mubayi; Department of Biomedical Informatics Associate Professor Matthew Scotch; School of Geographical Sciences and Urban Planning Assistant Research Professor Robert Pahle; and outside researchers Sirish Namilae, Ashok Srinivasan and Pierrot Derjany has turned to applied math and computing tools for the answer.

Their new study reveals that factors like plane size and boarding method can have a huge impact on infection rates, and includes new recommendations that may soon be adopted at an airway near you.

The best and worst airline policies for passenger health

Plane rides are a triple threat when it comes to spreading sickness: They force people into a closed space for a long period of time, make close contact with others unavoidable, and often bring together people from far-ranging geographic regions who may have different levels of disease vulnerability.

Because of this, officials often use travel restrictions to help prevent disease spread during an epidemic.

However, no system is completely foolproof; during the 2014-15 Ebola outbreak, for example, there were still a few incidents where infected passengers used commercial airplanes.

To make flights safer for that worst-case scenario, the research team created a hybrid model that evaluates how people move and how infectious diseases randomly spread through contact with a host. Its first application was to simulate how Ebola might spread on an airplane.

The model predicts how many passengers would be infected after using one of several different boarding methods, and also evaluates the impact of other factors like deplaning methods and plane size. 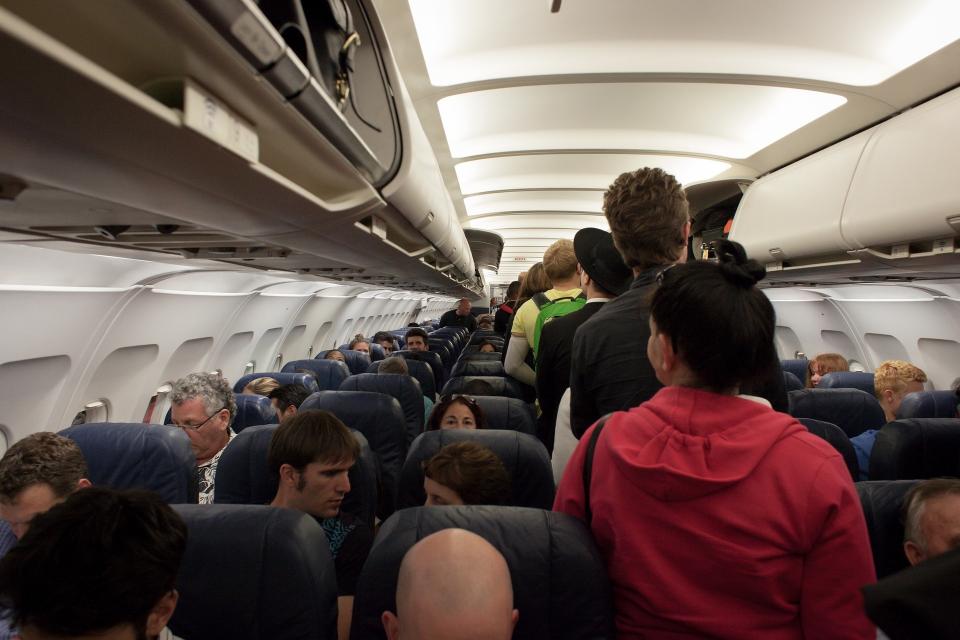 Common boarding methods force passengers to wait together in the aisle, leaving them vulnerable to contagious disease.

Unfortunately for current fliers, the commonly used three-section boarding technique, where passengers board by first class, middle zone and back section, is actually the worst strategy for reducing the number of infected. The reason this works so poorly is that it forces passengers to stand together in the aisle while they all wait to get to their seats, which means more time for a tightly packed group to be exposed to the contagious passenger.

The good news is that there are safer options. This includes the two-section, random method, where the plane is divided in two lengthwise sections and passengers board randomly within those sections. By preventing any hallway bottlenecks and keeping passengers from being next to any one person for very long, this approach results in the lowest number of new infections, according to the model.

“Surprisingly, changing policies — even those as simple as boarding patterns — can have a significant impact on the global spread of an infectious disease,” Mubayi said.

As far as getting off the plane, the team found that how it happens has little impact on infection rates because it’s a much faster process, so people aren’t all crowded together for as long.

For plane size, you might think the bigger the plane, the smaller your odds, right? Not quite. In fact, the study found that planes with less than 150 seats are better at reducing new infections; there are fewer susceptible people present overall, fewer people within a given person’s contact radius and less time spent moving through the plane to reach assigned seats.

“Using smaller airplanes during an outbreak, instead of completely banning flights to a specific destination, can drastically reduce the probability of introduction of infection,” Mubayi said.

So, how does all this information make us safer? According to the model, if airlines used current boarding strategies during an Ebola epidemic, there would be a 67 percent chance of infection rates reaching the level of 20 air-travel-related cases per month — and that’s whether the planes are large or small.

If, on the other hand, airlines used the study’s safest boarding method, the two-section random strategy, then the chance of that level of infection drops to 40 percent.

A more concrete plan for safer flights is already lining up on the runway, so to speak. The research team has proposed its outbreak-reducing strategies at the government and airline levels, so that the only thing passengers catch are their flights.

The most promising results of this study, however, are its applications for scenarios outside of Ebola on a plane, Mubayi said. The model’s parameters, or the settings that it runs on, can be swapped out to test other directly transmitted diseases, including common ones like the flu, as well as disease spread in other crowded locations, like airports and subways.

This adaptability will give scientists and policy makers a huge advantage in the effort to stop outbreaks before they happen. By understanding more about how modern human environments operate in real time, these ASU researchers are beginning to make society's most populous airports, shopping centers and school campuses tools in the fight against disease, instead of liabilities.

Science Outside the Lab (SOtL) is an experiential education program designed to teach participants about the relationships between science, policy and societal outcomes in a place where decisions about these important issues are often made — Washington, DC.The program was developed in 2002 by Dan Sarewitz, co-director of ASU’s Washington, D.C.-based think-tank, the Center for Science, Policy a...

Science Outside the Lab (SOtL) is an experiential education program designed to teach participants about the relationships between science, policy and societal outcomes in a place where decisions about these important issues are often made — Washington, DC.

The program was developed in 2002 by Dan Sarewitz, co-director of ASU’s Washington, D.C.-based think-tank, the Center for Science, Policy and Outcomes, and Neal Woodbury, director of ASU’s School of Molecular Sciences. 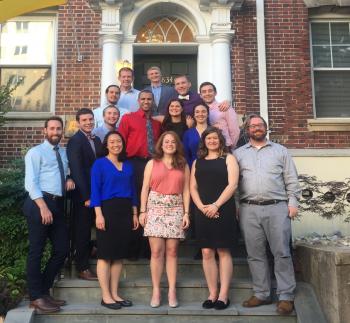 Beginning with just one session funded by an Integrative Graduate Education and Research Traineeship grant from the National Science Foundation, the program has continued to grow steadily, administering five sessions in the summer of 2017 attended by more than sixty students from fifteen universities.

“We realized there was a demand for it,” Bennett said. “Two degree programs from ASU (the Master of Science and Technology Policy program and the Solar Energy Engineering & Commercialization program) recognized the value and made SOtL a degree requirement. That really bolstered growth.”

Now managed by ASU’s Center for Engagement and Training in Science and Society, a multi-disciplinary research center within the Institute for the Future of Innovation in Society, SOtL stays true to its think-tank roots by focusing largely on science policy, while helping participants understand the roles that science plays in shaping society.

SOtL offers one or two-week sessions for both graduate and undergraduate students. Each course in the program presents a range of immersive activities including museum visits, tours of the nation’s capital, and behind-the-scenes views of federal agencies. Students have an opportunity to listen to and question the people actually involved in creating science policy that affects the entire nation, specifically professionals with a broad view of their organization’s operations.

Using ASU’s Washington Center as its headquarters, SOtL shows participants the inner-workings of Washington, DC, the source of much of the country’s national science policy, and over $140 billion in federal science funding.

By leveraging the strong network it has fostered over the years, SOtL’s directors are able to design each session based on the interests and needs of its participants. Students from the solar energy program meet with professionals in the solar industry as well as government employees with energy portfolios. Participants in a session paid for by a nanotechnology grant will have their agendas similarly tailored.

SOtL participants learn the nuances of science communication from Slate magazine’s Torie Bosch, editor of Future Tense. Senior members of the Environmental Protection Agency, the Food and Drug Administration, and the National Academy of Sciences provide valuable insight into how science is funded, regulated, critiqued and studied.

By presenting participants with as many viewpoints as possible, SOtL encourages participants to challenge their assumptions and think critically about institutions. One of Bennett’s favorite activities is a visit with Briana Pobiner, research scientist and museum educator with the Human Origins Program at the Smithsonian National Museum of Natural History.

Pobiner’s stories reveal unexpected complexities that are typical of her world.

For instance, a donor might require that the exhibit bear their name for twenty years, forcing Pobiner to think about how to design exhibits that will remain relevant for two decades. In another example, Pobiner had prepared her staff for creationist protests at the installation of a new human origins exhibit, yet protestors arrived representing Greenpeace, incensed not over the content of the exhibit, but rather over the identity of its donor.

Meeting congressional staffers, lobbyists, funding agency officers, regulators, journalists, academics, museum curators, and more introduces SOtL participants to career paths they may never have considered before. The effect these conversations and presentations can have on students is life changing.

“In the professions, as in academia and life in general, there’s so much we take at face value,” Bennett said. “What we try to do with SOtL is push our students to think about the negotiations, the tradeoffs, the personalities — the political action — inherent in many of those experiences.”