In pursuit of a career that embodied her appreciation for language, Arizona State University alumna Elizabeth Meadows became a speech-language pathologist at Kino Junior High School.

“I wanted to do something with language and also with Spanish,” said Meadows, who completed her undergraduate and graduate coursework at ASU. “I was attracted to linguistics because I was interested in how concepts are translated from one language to another and in the different ways language develops.” 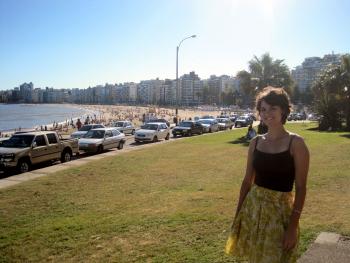 In 2007, Meadows started her Bachelor of Arts program in English linguistics from the Department of English with a minor in Spanish from the School of International Letters and Cultures. As a merit scholar in Barrett, the Honors College and the College of Liberal Arts and Sciences, she was able to travel during her undergraduate experience, studying abroad in France and Argentina.

Meadows also completed a Fulbright program in Uruguay before attending graduate school at ASU. In 2016, she received a Master of Science in communication disorders from the College of Health Solutions, which prepared her for clinical practice in speech-language pathology.

“I was very lucky to be able to travel as a first-generation college student,” Meadows said. “Those experiences really opened me up to the world and broadened my perspective.”

This past year, Meadows was on the Kino Junior High School staff as a speech-language pathologist. She works with students who have developmental language disorders, which affect their ability to understand language and express themselves.

For example, some students have difficulty following and parsing complex sentence because the meaning of subordinate clauses isn’t clear. Students with these language disorders will have a block in understanding the context of academic content. They may also have trouble expressing their thoughts about what they do and don’t understand in a clear way to others.

“They might have a decent idea in their head about the content, but when they’re asked to explain it or write it down, they’re not able to express it,” Meadows said. “This can lead to a whole lot of frustration and behaviors that interfere with learning and other students’ learning.”

“My Spanish minor really solidified my ability to be able to this type of work,” she said.

Meadows encourages students in college to take advantage of any opportunities for travel. She said it definitely helped her find her passion and discover what she wanted to do as a professional.

“I never really thought about travel as a child or teenager,” Meadows said. “But my experiences abroad really helped me and my appreciation for language and that’s what lead me to pursue speech-language pathology.”

ASU students can participate in any of the university’s more than 250 programs, in more than 65 different countries through the ASU Study Abroad Office.

Lisa Frace, associate vice president for Planning and Budget at Arizona State University, is a 2017 Rising Star Award recipient from NACUBO, the nonprofit National Association of College and University Business Officers.The annual Rising Star Award recognizes outstanding professionals with high potential to succeed as executives and business officers in higher education. Frace is one of two 201...

The annual Rising Star Award recognizes outstanding professionals with high potential to succeed as executives and business officers in higher education. Frace is one of two 2017 Rising Star Award winners, presented on July 30 during NACUBO's yearly meeting held in Minneapolis July 29-Aug. 1. More information about the NACUBO Awards is on its website. 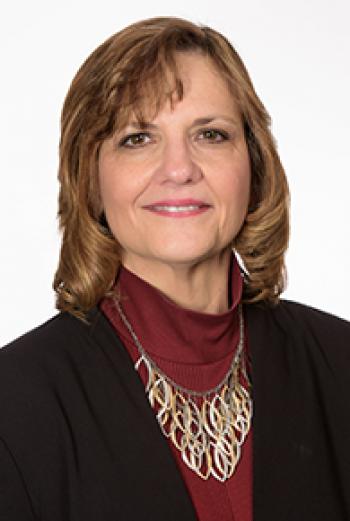 One of Frace's more recent, notable projects was her work on the acquisition of the Thunderbird School of Global Management by ASU. She currently is collaborating on the development of a new budget program in Workday, which consolidates purchasing, planning and budgeting processes into a single platform for ASU's more than $2 billion knowledge enterprise.

Frace also leads the Sustainability Initiatives Revolving Fund committee, which reviews and invests in large and small energy-conservation infrastructure projects for ASU campuses. SIRF project funding ranges from $5,000 individual grants to capital expansion loans, which are limited only by available funds. Since SIRF launched in 2010, and through June 30, 2016, investments totaled $17 million.