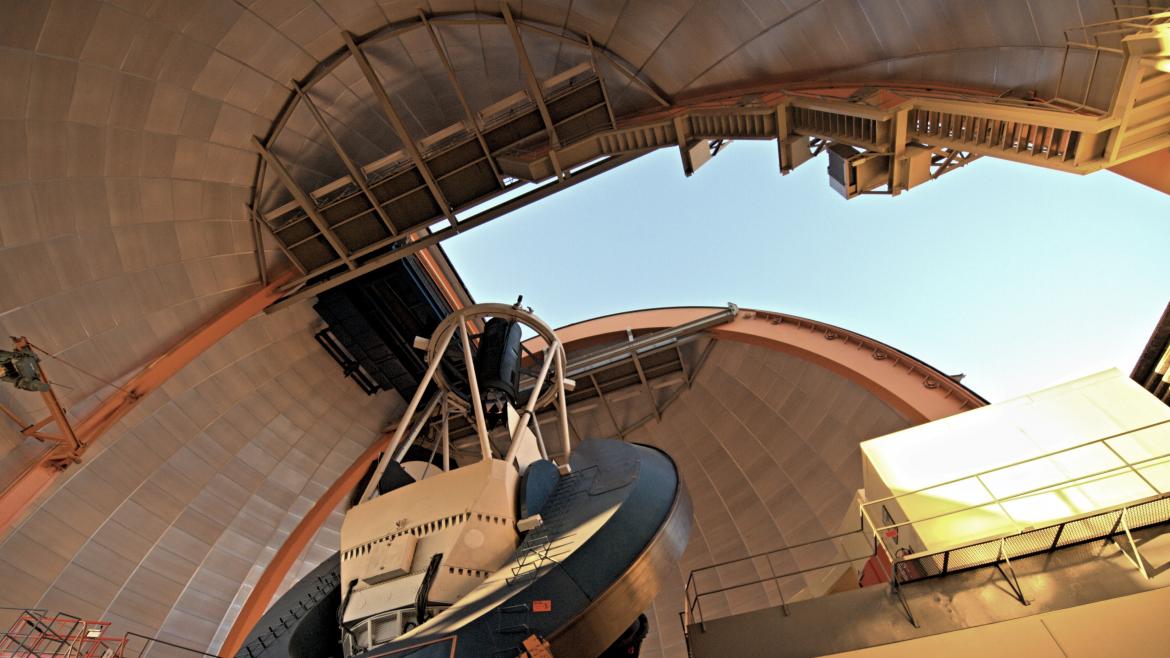 ASU astronomers Sangeeta Malhotra and James Rhoads, working with international teams in Chile and China, have discovered 23 young galaxies, seen as they were 800 million years after the Big Bang. The results from this sample have been recently published in the Astrophysical Journal.

Long ago, about 300,000 years after the beginning of the universe (the Big Bang), the universe was dark. There were no stars or galaxies, and the universe was filled with neutral hydrogen gas. In the next half-billion years or so, the first galaxies and stars appeared. Their energetic radiation ionized their surroundings, illuminating and transforming the universe.

This dramatic transformation, known as re-ionization, occurred sometime in the interval between 300 million years and 1 billion years after the Big Bang. Astronomers are trying to pinpoint this milestone more precisely, and the galaxies found in this study help in this determination.

“Before re-ionization, these galaxies were very hard to see, because their light is scattered by gas between galaxies, like a car’s headlights in fog,” Malhotra said. “As enough galaxies turn on and ‘burn off the fog’ they become easier to see. By doing so, they help provide a diagnostic to see how much of the ‘fog’ remains at any time in the early universe.”

Milestones in the history of the Universe (not to scale). The intergalactic gas was in a neutral state from about 300,000 years after the Big Bang until light from the first generation of stars and galaxies began to ionize it. The gas was completely ionized after 1 billion years. The LAGER study takes a close look at the state of the Universe at 800 million years (yellow box) to investigate when and how this transformation occurred. Image courtesy of National Astronomical Observatory of Japan

To detect these galaxies, Malhotra and Rhoads have been using the Dark Energy Camera (DECam), one of the new powerful instruments in the astronomy field. DECam is installed at the National Optical Astronomy Observatory (NOAO)’s 4-meter Blanco Telescope, located at the Cerro Tololo Inter-American Observatory (CTIO), in northern Chile, at an altitude of 7,200 feet.

DECam was recently made even more powerful when it was equipped with a special narrowband filter, designed at ASU’s School of Earth and Space Exploration (SESE), primarily by Rhoads and Zhenya Zheng (who was a SESE postdoctoral fellow and is currently at the Shanghai Astronomical Observatory in China), with assistance from Alistair Walker of NOAO. 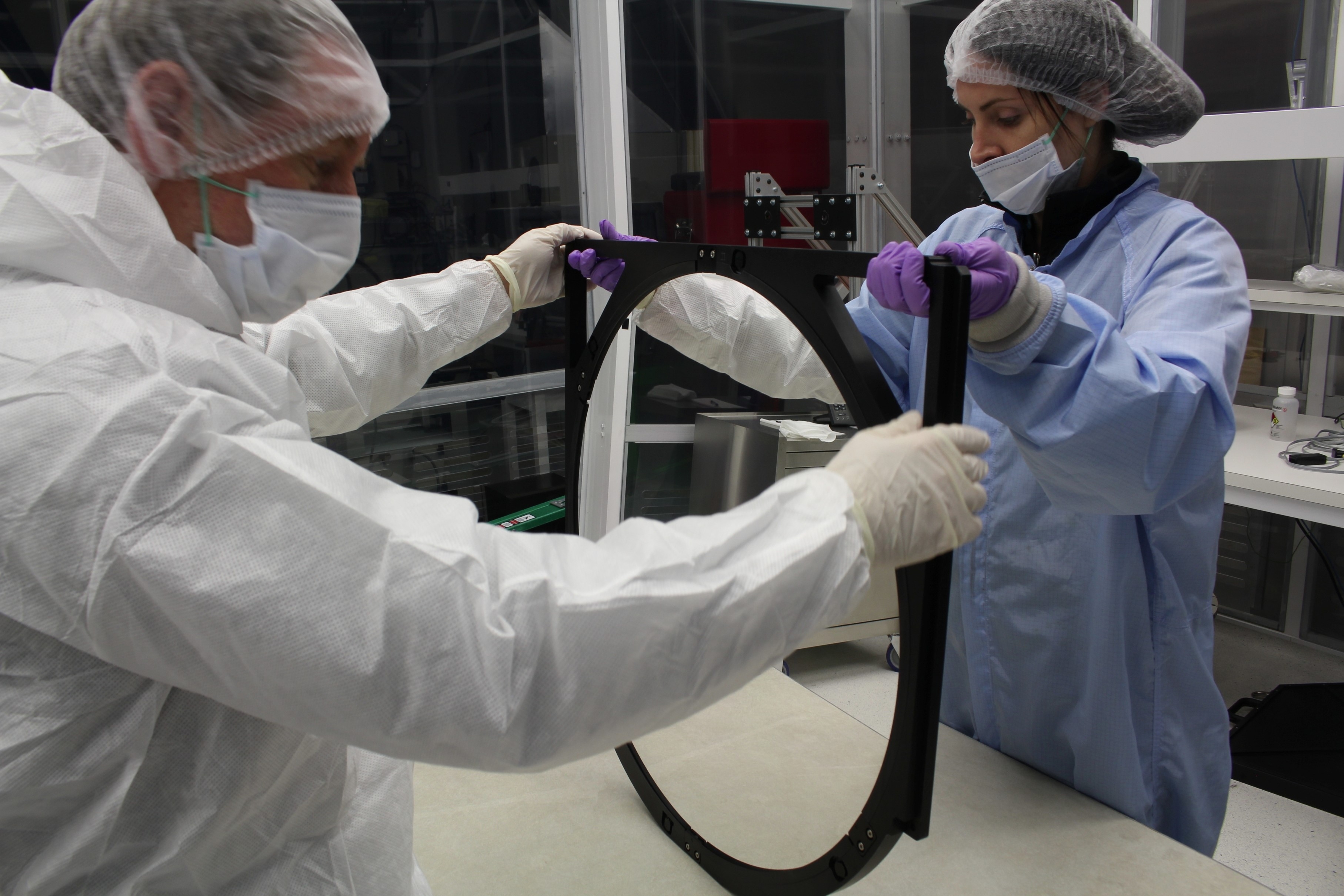 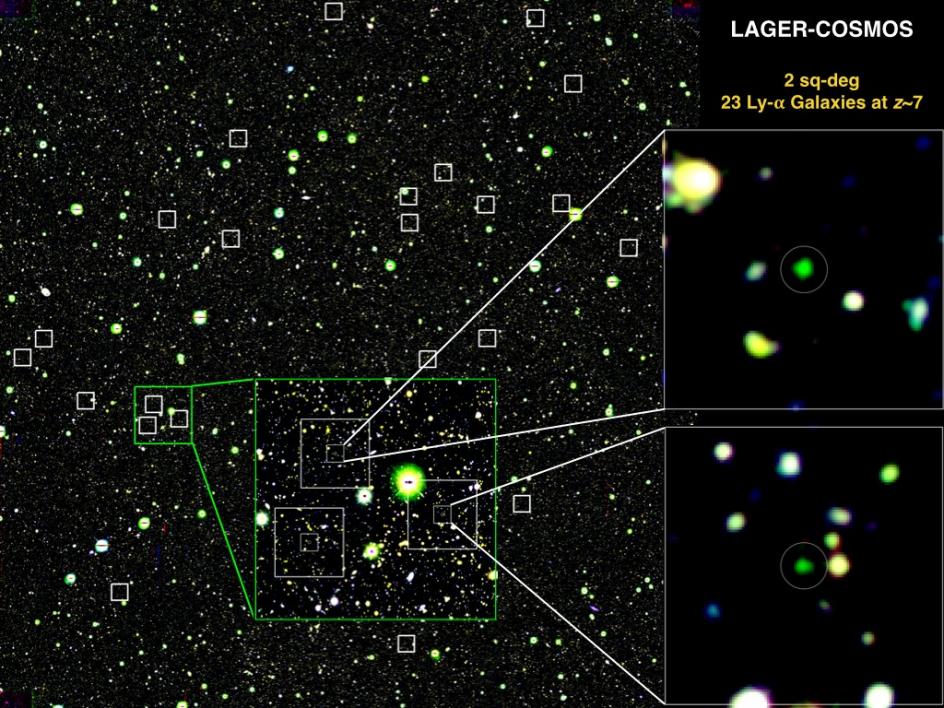 False-color image of a 2-square-degree region of the LAGER survey field, created from images taken in the optical at 500 nm (blue), in the near-infrared at 920 nm (red) and in a narrow-band filter centered at 964 nm (green). The small white boxes indicate the positions of the 23 LAEs discovered in the survey. The detailed insets (yellow) show two of the brightest LAEs. 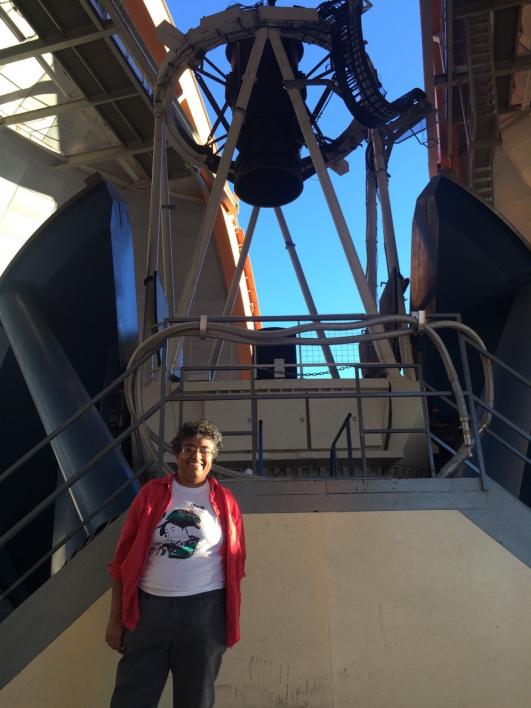 “We spent several months refining the design of the filter profile, optimizing the design to get maximum sensitivity in our search,” said Zheng, the lead author of this study.

The galaxy search using the ASU-designed filter and DECam is part of the ongoing “Lyman Alpha Galaxies in the Epoch of Reionization” project (LAGER). It is the largest uniformly selected sample that goes far enough back in the history of the universe to reach cosmic dawn.

“The combination of large survey size and sensitivity of this survey enables us to study galaxies that are common but faint, as well as those that are bright but rare, at this early stage in the universe,” said Malhotra.

Junxian Wang, a co-author on this study and the lead of the Chinese LAGER team, adds that “our findings in this survey imply that a large fraction of the first galaxies that ionized and illuminated the universe formed early, less than 800 million years after the Big Bang.”

The next steps for the team will be to build on these results. They plan to continue to search for distant star-forming galaxies over a larger volume of the universe and to further investigate the nature of some of the first galaxies in the universe.

The National Association of Collegiate Directors of Athletics (NACDA) and CDW-G, a leading provider of technology solutions to education, government and health care, have announced Arizona State University as the winner of the inaugural Best Game Day Technology Experience Award. ASU was chosen from a pool of three finalists and received the award for its “Smart Campus” initiative. The Best Ga...

The National Association of Collegiate Directors of Athletics (NACDA) and CDW-G, a leading provider of technology solutions to education, government and health care, have announced Arizona State University as the winner of the inaugural Best Game Day Technology Experience Award. ASU was chosen from a pool of three finalists and received the award for its “Smart Campus” initiative.

The Best Game Day Technology Experience Award will be presented by NACDA and CDW-G this fall, at an on-campus event hosted by ASU. 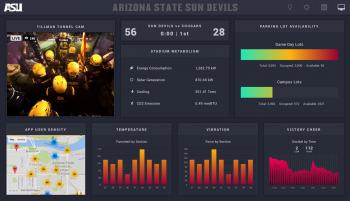 “We are humbled to receive this award from NACDA and CDW-G,” said Ray Anderson, vice president for university athletics. “The work being done on our Smart Stadium project is unparalleled and a testament to the investment our university leadership has made in ensuring Sun Devil Nation has an experience to match their passion. We are extremely fortunate to partner with our first-class University Technology Office on this project, and we look forward to continuing to test new technologies as we not only reinvent Sun Devil Stadium, but find new ways to interact with our fans and enhance their experiences.”

The award was designed to recognize NACDA member institutions in Division I, honoring athletics directors and their universities highlighting the ways technology plays a role in the fan experience. A five-person committee consisting of athletics directors across the country and representatives from CDW-G and NACDA aided in selecting ASU as this year's award winner.

ASU will receive a trophy and $25,000 in Microsoft and Cisco technology products and services from CDW-G.

“Arizona State is setting a new standard for game-day technology on campus,” said NACDA Executive Director Bob Vecchione. “It is remarkable to witness the time, effort and creativity that goes into projects like ASU’s Smart Campus initiative. Congratulations to the Sun Devils athletics department for their groundbreaking efforts in enhancing the game day experience for fans and the campus community.”

For the 2016-17 Sun Devil Football season, Arizona State University (ASU) began its “Smart Campus” initiative, implementing Internet of Things technologies to enrich the game-day experience. ASU utilized the new technologies to improve operational insights for facilities, create a unique suite experience for stakeholders, and enhance the game experience for fans. Its primary focuses were Smart Parking, a Smart Noise Meter and a Smart Suite, all of which utilized an inter-networking of devices to collect and exchange data in new and meaningful ways.