The most innovative university in the country didn’t achieve that distinction by working alone. Arizona State University is constantly building partnerships and creating alliances around the world, and one of the newest initiatives is being launched in the state next door.

The ASU Innovative Network Council will build and enhance the university’s links to high-tech companies and thought leaders in Silicon Valley and around the country. 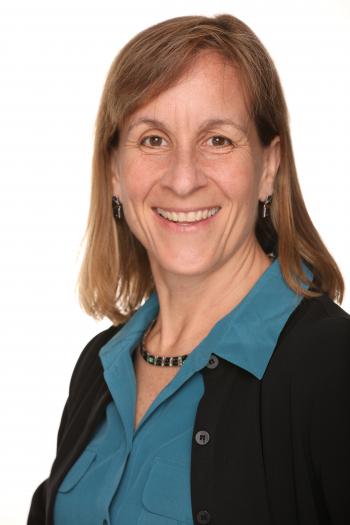 Ellen Levy, a consultant who has been called “the most connected woman in Silicon Valley,” will co-chair the ASU Innovative Network Council with ASU President Michael M. Crow. Download Full Image

ASU already has gained a foothold in Silicon Valley, recently making Business Insider’s list of the top 20 universities for landing a job in the high-tech mecca.

The new council will be designed and launched by Ellen Levy — a consultant and innovator who has been called “the most connected woman in Silicon Valley.” She will co-chair the council with ASU President Michael M. Crow.

“The spirit of Silicon Valley is to both think through how things can be done differently, and how to amplify the things that work well,” said Levy, who specializes in building bridges between Silicon Valley and the rest of the world through the company she founded, Silicon Valley Connect.

“If we apply that lens — of both challenging the status quo at times and preserving the status quo at other times — to higher education, there’s a lot that can be done. One thing Silicon Valley is really good at is concentrating effort and experience in how to do these things at scale, in large part by leveraging technology and relationships.”

The initiative is a work in progress, with Levy starting out by focusing on building a deeper understanding of what ASU has to offer and meeting the key players at ASU, although she has been familiar with the university’s innovative mind-set for quite some time.

A little over a decade ago, Levy was running an interdisciplinary program at alma mater Stanford University called MediaX, which fostered relationships between the various university constituents and the industry at large. Besides the day-to-day facilitation efforts, she was particularly interested in the role universities could and should play in society.

“I had been reading books, papers and proposals about how 21st-century universities would have to change to address new societal needs, and very quickly came across Dr. Crow and his early efforts to transform ASU,” said Levy.

“I thought, ‘His approach is truly inspired.’ I also thought, ‘I doubt he’ll ever make it [since universities are notoriously slow, and resistant, to change].’ Usually, the status quo antibodies have a way of shutting these things down before you can prove they work.”

Fast-forward several years later. Levy had moved on from Stanford and was a member of the executive team at LinkedIn as vice president for strategic alliances when she met Crow in person at a summit on organizational innovation at the Aspen Institute.

“I remember being struck all over again by President Crow’s vision, but this time it wasn’t just hypothesizing that a bold new approach would work. He now had evidence and data to support his claims, and had a remarkable command of the data,” she said. “I also started to better understand his broader motivation and underlying philosophy. For example, instead of saying [to a student], ‘Here’s a challenge; can you clear the hurdle or not,’ ASU has said, ‘What does it take for us to help you clear the bar?’”

The two shared a perspective on finding new ways to advance the university’s mission.

“Given all the work already invested in ASU to get it to where it is today, there’s now an opportunity to say, ‘How can it be leveraged? How do we grow, extend, and launch new efforts?’ But even before that, there’s a lot that can be accomplished simply by spreading the word and evangelizing what ASU has been doing to those who are as of yet unaware.”

Levy said that simply viewing the university through different lenses makes you realize just how unique and impressive an undertaking it is.

“I can describe ASU as an academic institution — using typical academic metrics — and you’ll see all the numbers and stats going up and to the right,” she said.

“If I describe ASU in terms typical of talking about a nonprofit, in terms of its mission and societal impact, it would be up there with the great nonprofits, hitting on major issues that need to be addressed in our world today.

“I could equally describe ASU as a large, complex, self-sustaining business.

“And even if I were to describe ASU to you as a city, people would find the scope and the efforts around sustainability, infrastructure and general efforts to integrate the broader community quite compelling.”

In Levy, Crow sees a partner who is fully understanding of, and invested in, the success of ASU’s new model for higher education.

“Ellen has all the characteristics of a world-class thinker and connector: a connector of people, of ideas and of structures,” Crow said. “Her ability to identify who needs to know whom, and what they have in common and can partner on is unparalleled. Her unique skill set is an exciting advantage for the university.”

Levy said that partnerships go both ways, and Silicon Valley can learn a lot from ASU. For example, she knows that many high-tech companies are intrigued by the Starbucks College Achievement Plan, in which Starbucks reimburses tuition for employees who take ASU Online classes.

“It lit a fire under other companies who say, ‘We should be thinking about how the workforce should be educated.’ ”

Levy will be thinking of ways to get the message out about what ASU is doing.

“There so much raw goodness here that you start to show people what’s doable and it just keeps going.”

Theater artist Ricky Araiza has devoted much of his artistic time to working in his native Arizona, from studying his craft at Arizona State University’s Herberger Institute for Design and the Arts, to entertaining audiences as an ensemble member of Childsplay theater company in Tempe, to serving as artistic director of Teatro Bravo — a Latino theater company in South Phoenix. He hopes to cont...

Theater artist Ricky Araiza has devoted much of his artistic time to working in his native Arizona, from studying his craft at Arizona State University’s Herberger Institute for Design and the Arts, to entertaining audiences as an ensemble member of Childsplay theater company in Tempe, to serving as artistic director of Teatro Bravo — a Latino theater company in South Phoenix. He hopes to contribute even more by taking a new position with the Herberger Institute, where he will work with the AZ Creative Communities Institute, a new program that explores how creativity can make a positive impact on communities.

“What drew me to this position was the opportunity to engage with various communities all over the state of Arizona,” Araiza said. “I wanted to expand my understanding of the place that I call my home state.” 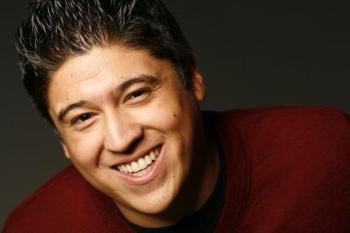 The AZ Creative Communities Institute is a partnership between ASU’s Herberger Institute for Design and the Arts and the Arizona Commission on the Arts, with guidance from Southwest Folklife Alliance. Small teams representing nine Arizona communities were selected for the inaugural AZ CCI. Team members, including community and business leaders as well as local elected officials, will receive intensive training over the next year from local and national experts in creative engagement as they look for creative solutions to address needs, challenges and opportunities within their communities. In the latter half of the year, each community will host an embedded artist residency to put what they have learned into practice.

The Herberger Institute was awarded a $250,000 Surdna grant to help fund the program, and Araiza was recently named coordinator senior.

“It felt like a great opportunity to work with communities who want to make a long-lasting positive impact through arts engagement,” he said. “I wanted to be a part of that conversation.”

Araiza will be responsible for coordinating activities and functions of the program, including gathering data, managing events and ensuring that program goals are accomplished.

"Ricky has been deeply embedded and engaged in the Arizona community as an artist and community changemaker for a long time — his whole life, in fact,” said Jake Pinholster, associate dean of policy and initiatives for the Herberger Institute. “With his training and expertise — in addition to that personal connection — he is the ideal person to coordinate and drive this program forward."

Araiza has already started work on the program and is excited about its potential.

“There is so much possibility when you are at the birth of a new idea,” he said. “We can make this one of the most important collaborations in the state of Arizona, and I believe that we all see that. And that concept alone demands that we treat this with the greatest care.”