There’s an exciting change under way in the scientific community. Citizens with an avid interest in science are getting the chance to contribute to real research through data collection and analysis in collaboration with professional scientists.

These “citizen scientists” — tinkerers and enthusiasts of all stripes — are being given the tools and platforms to turn their interests into real research, perhaps minimizing or even bringing to an end the stark division between academia and society. 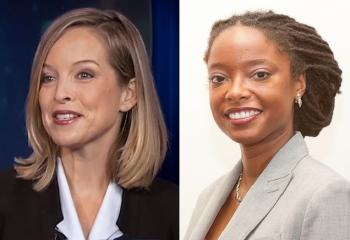 Darlene Cavalier and Kiki Jenkins, professors from the School for the Future of Innovation in Society. Download Full Image

In 2016, ASU hosted the Citizen Science Maker Summit, organized by Darlene Cavalier, professor of practice with ASU’s School for the Future of Innovation in Society (SFIS).

Diving in and developing creative solutions is a characteristic that “mirrors that of the millions of citizen scientists around the world who are contributing to our understanding of the world and how we can solve today’s problems,” Cavalier said.

ASU isn’t the only institution that’s caught on to the increasing relevance of citizen science.

The National Academy of Sciences has formed the Committee on Designing Citizen Science to Support Science Learning to identify and describe existing citizen science projects that support science learning in both formal and informal settings. The committee will develop a set of evidence-based principles to guide the design of citizen science.

Cavalier, founder of SciStarter — an online platform for identifying, supporting, and participating in citizen science opportunities, was invited to be a member of the committee.

“I'm thrilled to have an opportunity to work with the committee to address an important gap in citizen science literature:  understanding how to design citizen science so it can better support deeper forms of science learning,” she said.

The committee plans to evaluate the potential of citizen science to support science learning, lay out a research agenda to improve that potential, and identify promising practices and programs.

Lekelia “Kiki” Jenkins, assistant professor at the School for the Future of Innovation in Society, has also been named a founding member of the committee.

“I’m honored to be selected to serve on the National Academies of Science Committee on Designing Citizen Science to Support Science Learning,” Jenkins said. “Serving on an NAS committee helps fulfil one of my career aspirations.”

Jenkins has already begun to implement a process for creating a consensus definition of citizen science, which, she said, “is a critical first step in the committee’s work.”

The Arizona State University Foundation for a New American University announced today that longtime fundraiser Gretchen Buhlig has been named chief executive officer of the organization, effective July 1.Buhlig served as chief operating officer and managing director of the ASU Foundation, a nonprofit organization that raises and invests private support to advance the mission of its affiliated univ... 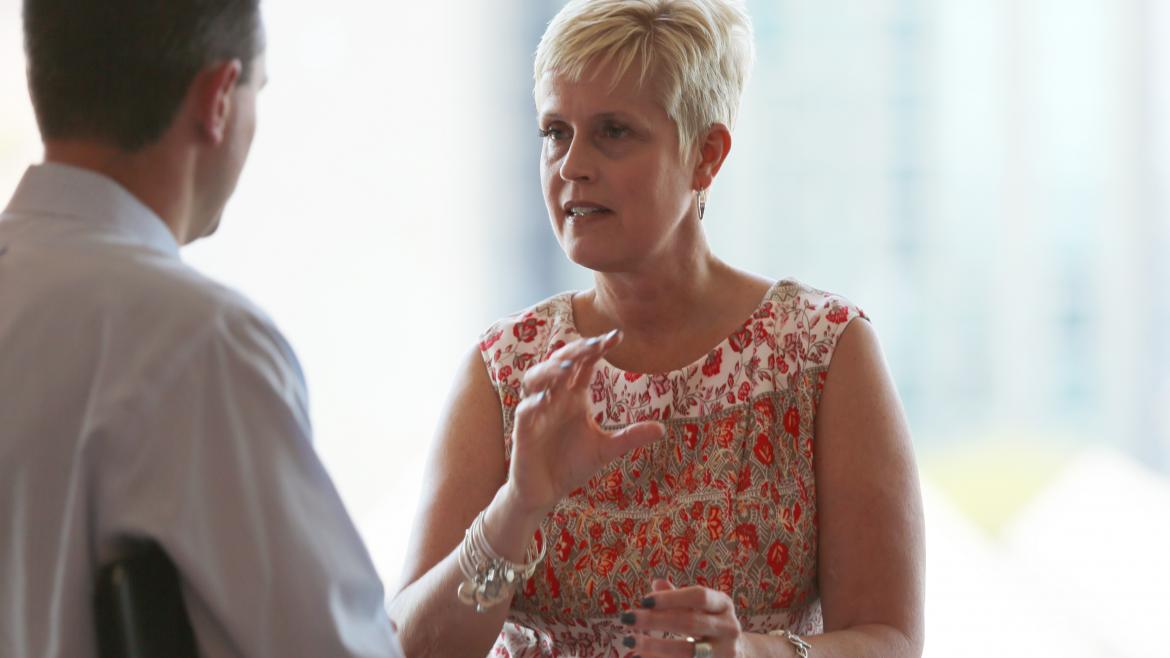 Buhlig served as chief operating officer and managing director of the ASU Foundation, a nonprofit organization that raises and invests private support to advance the mission of its affiliated university. She will continue to work closely with Rick Shangraw, CEO of the parent organization to the ASU Foundation, ASU Enterprise Partners, and other distinct private nonprofit resource-raising companies formerly housed within it.

Buhlig brings two decades of donor cultivation and stewardship experience to the position, including close relationships built over her 15 years in leadership roles supporting ASU.

“Gretchen deeply understands the unique value of this university and how meaningful it is when a donor is able to connect with a student, researcher or program to support what he or she loves,” ASU President Michael M. Crow said. “We’re grateful for her leadership and for the contributions the ASU Foundation makes to the progress of Arizona State.”

Under the guidance of Shangraw and Buhlig, the ASU Foundation broke fundraising records for the past three years and expanded givers to include more than 100,000 individual, corporate and foundation donors.

In January 2017, they oversaw the launch of Campaign ASU 2020, ASU’s first comprehensive fundraising effort during Crow’s tenure. At the time of the campaign’s public unveiling, it had secured two-thirds of its goal to raise at least $1.5 billion by 2020.

Buhlig is credited with shaping the ASU Foundation’s 2025 Strategic Plan alongside representatives from across the development staff. She increased collaboration amongst deans and fundraising volunteers, and led growth of the ASU Foundation’s engagement programs, including President’s Club and Women & Philanthropy, which she helped found.

“Gretchen’s insight, warmth and deep commitment to increasing student access and excellence at ASU and across the community is evident in all she does,” said William Post, chairman of the ASU Foundation Board of Directors and former chairman and CEO of Pinnacle West Capital Corporation. “We are better for it. ASU is better for it. Phoenix is better for it. The influence of her work and the work of ASU’s generous donors goes far beyond that.”

“By building on years of work by our development staff and continuing the momentum of the newly launched Campaign ASU 2020, it is a more exciting time than ever to accelerate our efforts to foster a culture of philanthropy at the university,” Shangraw said.

Buhlig previously served as associate vice president of institutional advancement for A.T. Still University. She is a graduate of Augustana College and Walden University.

“It is my honor to lead an outstanding team of passionate fundraisers who are eager to connect with our supporters in the community,” Buhlig said. “In the spirit of the New American University, we are implementing new ideas from within an atmosphere of invention to create and sustain the resources that enable ASU’s research, teaching and learning. I look forward to building on our tremendous energy to continue strengthening that important work.”