Q&A: How do microplastics affect the planet?

ASU doctoral student weighs in on how these affect animal life, what steps we can all take

As of July 1, 2017, manufacturers must phase out plastic microbeads from personal-care products sold in the United States.

What are microbeads? How do they affect our planet? ASU Now spoke with Charlie Rolsky, an ASU School of Life Sciences doctoral student studying microplastics, to learn more. 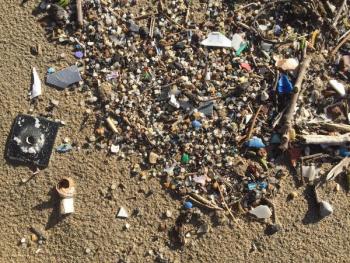 Question: What are microbeads?

Answer: Microbeads are small, round plastics with a range of purposes, but they mostly are found in the realm of cosmetics. They are used often as exfoliates and began production in the early 1970s.

Q: How do microbeads affect water systems and the ocean?

A: As microbeads are most commonly used in beauty products, they eventually make their way down sinks or showers and from there can end up in a multitude of delicate ecosystems ranging from wetlands and lakes to oceans around the world. Because of their small size, they are often difficult to filter and remove from wastewater treatment plants through which the discarded water passes.

Q: Microplastics are an issue all over the world. What’s the difference between microbeads and microplastics?

A: This is a great question. Microplastics in general refer to plastic pieces less than 5mm in size. This can include beads, fibers and broken-down plastic fragments. What makes microbeads different is that they’re intentionally manufactured to be small in size in order to best serve their purpose, such as exfoliate skin. This is different from other types of microplastics that we find, which are a result of larger-than-5mm plastic pieces that are subjected to some type of degradative force, i.e. sunlight, and then are broken down over time into smaller pieces. 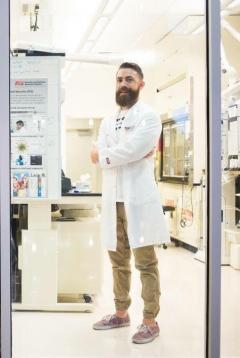 Q: How do microplastics, including microbeads, affect animal life?

A: This is a very scary question for researchers in my industry to answer. At this point, we have noted many deleterious qualities that microplastics have. For example, they can accumulate contaminants at very high concentrations, a range of organisms have been known to be ingested them, and these particles have been found all over the world from lakes to the bottom of the ocean. By linking these harmful characteristics together and studying the wide distribution of the plastics themselves, we’ve got a big problem on our hands that we are only just now starting to grasp. There are a lot of unanswered questions, but I can tell you that the more we learn, the scarier it is for the planet and human beings alike.

Q: What can consumers do to stop the proliferation of microplastics?

A: Good question! Obviously plastic has its merits and provides many services. We can’t walk through a hospital without seeing plastic syringes and IV bags, which have both helped to reduce the spread of disease or germs. In these cases, for now, plastic is needed, but perhaps so are better recycling programs for these items.

The best advice I can give is what I implement within my own life: I focus on plastics that are relatively unnecessary. Disposable plastics are a huge problem, and we commonly find them as pollution within the environment. Examples being plastic bags, straws, silverware and various Styrofoam products. There are easy-to-find and cost-friendly replacements for all of these, which can help us decrease plastic pollution in the environment.

We also can reach out to state and local governments to see what we can accomplish as a community. This could be helping restaurants transition away from disposable silverware or incentivizing reusable-bag uses in a grocery store, or even organizing a beach cleanup. Much can be accomplished when we team up and work together to not only reduce plastic use but find more sustainable alternatives that do not have a negative impact on businesses or consumers. Additionally, I take bamboo silverware, reusable bags and a metal straw everywhere I go to show people it’s doable, cheap and a small step towards reducing our plastic waste.

Arizona State University alumnus Matt Shindell found a way to bring all his interests together in a career many would rank high on their list of dream jobs: curating a collection at the Smithsonian Institution.“It was being in the right place at the right time,” Shindell said. “And studying the right thing — it was luck.”Finding the job posting may have been luck, but Shindell’s qualif...

Arizona State University alumnus Matt Shindell found a way to bring all his interests together in a career many would rank high on their list of dream jobs: curating a collection at the Smithsonian Institution.

“It was being in the right place at the right time,” Shindell said. “And studying the right thing — it was luck.” 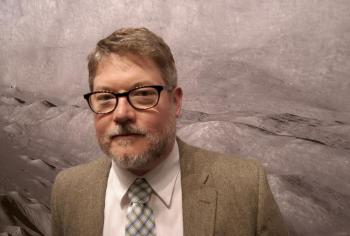 Finding the job posting may have been luck, but Shindell’s qualifications for the job were a result of hard work and many years of education. In 1994, he started his undergraduate degree in biology and society at ASU and was an honors student in Barrett, the Honors College.

During his undergraduate years, he discovered the history of science as a distinct field of study, mostly due to his courses and the teacher-mentors in his program.

Specifically, he gave credit to Regents’ Professor Jane Maienschein, the current director of the Center for Biology and Society in the College of Liberal Arts and Sciences. He said — aside from Maienschein’s teaching and mentorship — he was immensely grateful for the academic opportunities outside the classroom she provided him and other students: trips, academic conferences and even co-authoring an article in Science Magazine.

“Jane really opened up that world for me. It was something I got at ASU that I might not have gotten anywhere else because Jane is such a dynamic teacher and also a great mentor,” he said. “That program taught me a lot about how you can approach science from other angles, outside of practicing science.”

Shindell decided he would pursue both poetry and science academically, first by completing a Master of Fine Arts in creative writing and then returning to ASU for a Master of Science in biology and society from the School of Life Sciences in the College of Liberal Arts and Sciences.

Having gone far in both realms, Shindell decided to pursue a doctorate degree in the history of science from the University of California, San Diego. He noted the value of having pursued both routes from his undergraduate years onward. He said creative writing and biology prepared him to be an able communicator. This skill proved to be of the utmost value in his academic and professional work.

Shindell completed postdoc work at UCSD, University of Southern California and Harvard University. While at Harvard in 2015, he became aware of the position at the Smithsonian, for which his skill set was a nearly perfect fit. Shindell always expected himself to go into academia as a professor; working in a museum — especially at the Smithsonian — had not crossed his mind before. However, the position seemed to be a great match, and he felt compelled to jump on the opportunity.

After finding and applying to the position, Shindell received a job offer. Now, Shindell’s official title is Curator of the Planetary Sciences Collection at the Smithsonian Institution’s National Air and Space Museum. As one might expect, the position comes with several major responsibilities.

“Everything in the museum that’s related to planetary science and solar system exploration is the stuff I’m now responsible for,” he said. “So, all the rovers and the space crafts that we have on display — pretty much everything except for stuff related to human space flight is in my collection now.”

Beyond maintaining the collection, Shindell wears many hats on the job — from research and writing to public outreach, exhibition design and beyond. And that’s part of why he loves it.

Speaking on the value of his education from ASU in the biology and society program, Shindell gave credit to the mentorship and extra-curricular academic pursuits of his undergraduate years. He said these were what sparked the passion in him to continue down the path of education toward a doctorate, a move that got him where he is today.

“ASU absolutely laid the groundwork for what I do now,” said Shindell.