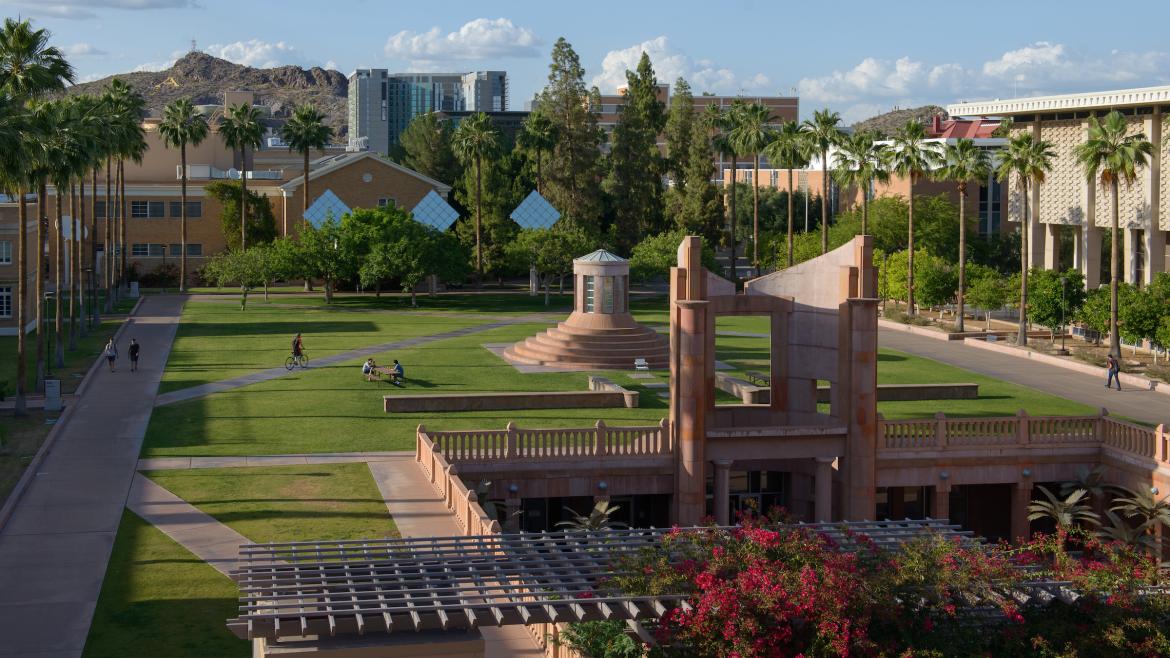 The College of Liberal Arts and Sciences at Arizona State University welcomes five new administrators into leadership ranks. The professors selected to lead four academic units and one center are talented scholars, mentors, teachers and leaders. They possess the admiration of their colleagues and are well-respected in their fields. These individuals will work hard to achieve new growth and success for the college and the university as a whole.

“Implementing the dual mission of providing exceptional teaching and mentorship while envisioning and producing new scholarship is a challenging process. It requires talented leaders with strong academic credentials,” said Patrick Kenney, dean of the college. “We’re saying goodbye to a remarkable group of leaders, but we’re confident our new chairs and directors will initiate progress for their units in the upcoming years.” 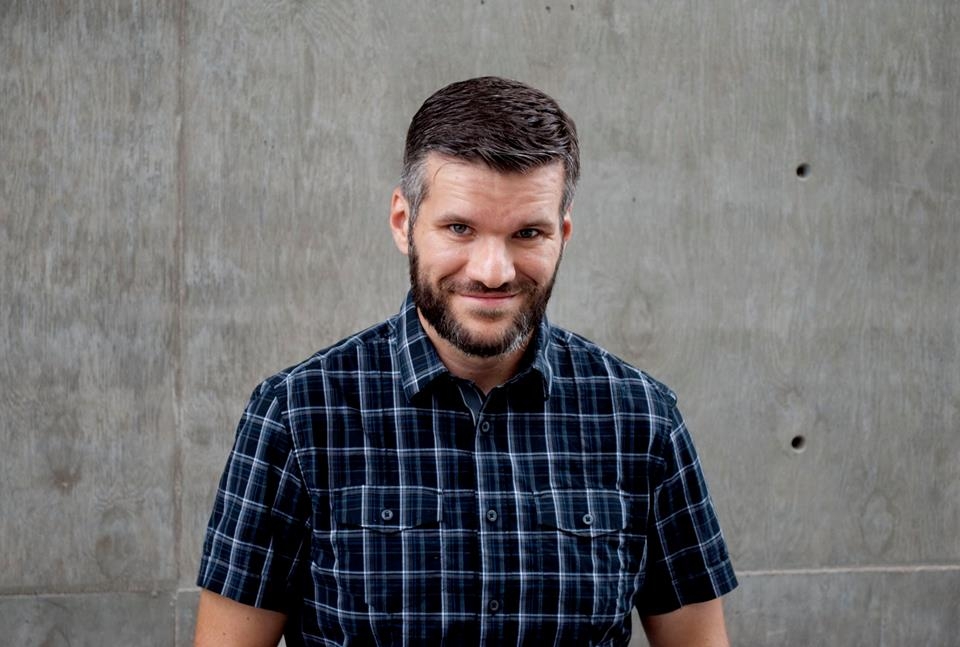 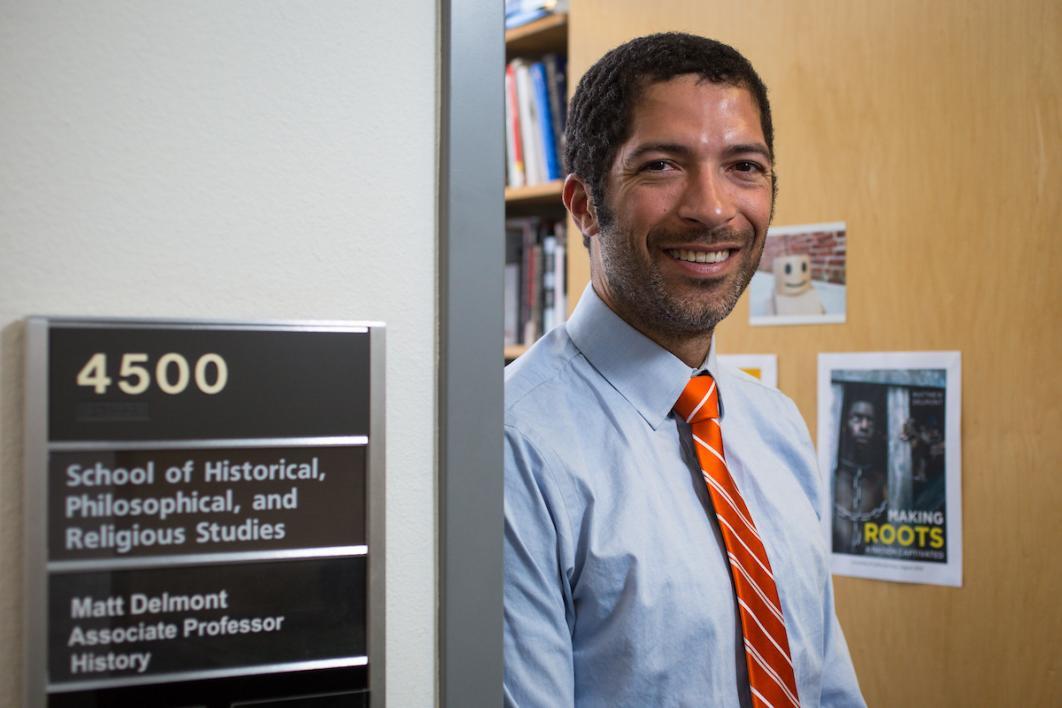 Professor Matthew Delmont has been named the new director of the School of Historical, Philosophical and Religious Studies. 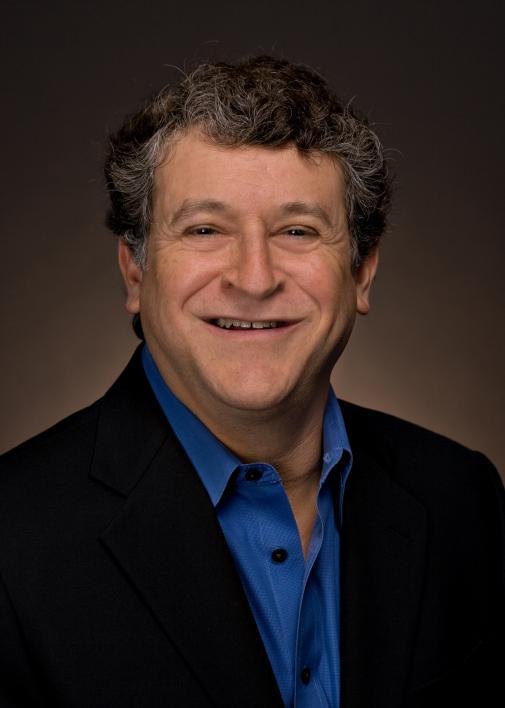 The Department of Psychology announces its new chair. Foundation Professor Steven Neuberg will bring teaching excellence and mentorship to the department. 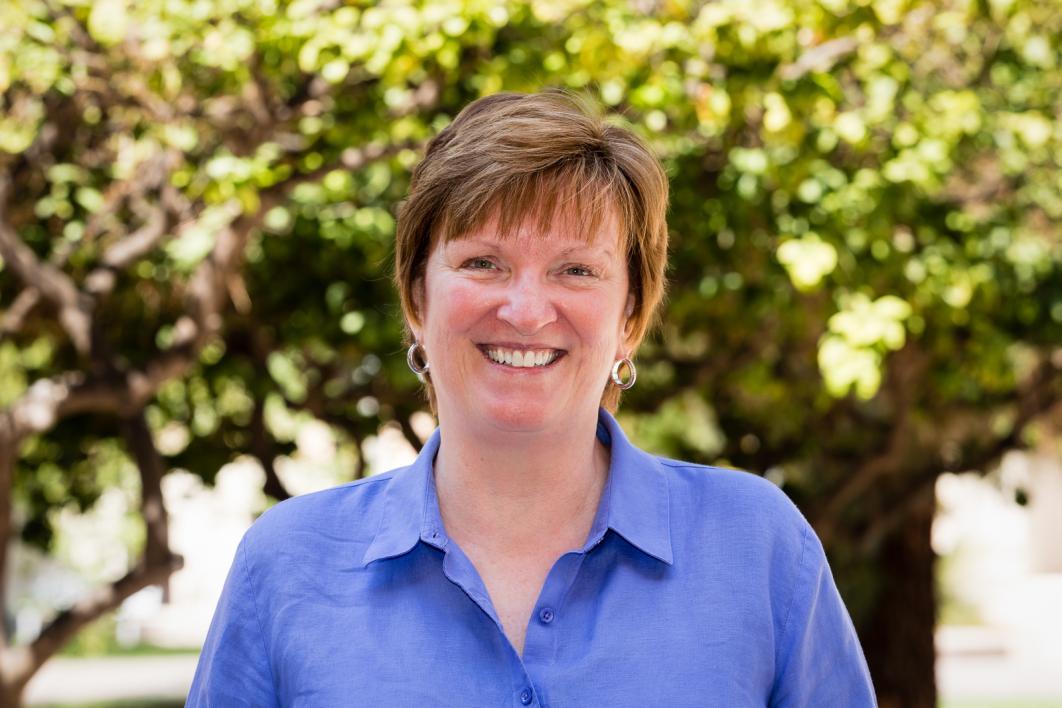 Prior to her appointment as chair of the Department of English, Krista Ratcliffe was the head of the English department at Purdue University. 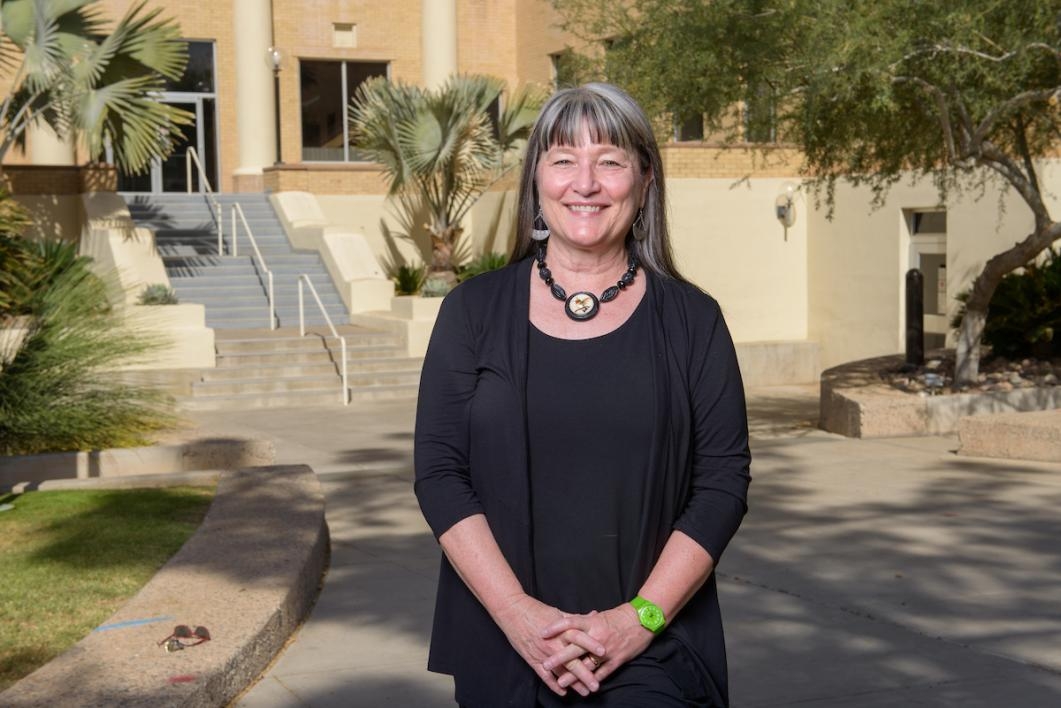 The School of Human Evolution and Social Change welcomes President’s Professor Kaye Reed as its new director. She will build on the school’s strengths in research and online teaching.

Bell has published two novels, two short-story collections and several other works, all of which were met with wide acclaim as a prominent voice in contemporary literature. Bell has also contributed book criticism and coverage to The New York Times Book Review, The Los Angeles Times, The Believer, PEN America, Rain Taxi, American Book Review and others. Professor Bell will bring his nationally acclaimed writing chops and deep influence on the students and local literary community in his position as interim director to guide the center and inspire the next generation of student writers.

Delmont’s research focuses primarily on race and the media. Specifically, much of his work studies the history of the civil rights movement in the United States. To this end, he has authored three books and has written pieces for The New York Times, The Atlantic and The Washington Post. Professor Delmont will bring his expertise, passion for teaching and solid research background to demonstrate leadership in academic excellence, ensure broad access to quality education and enhance the school’s societal impact.

Neuberg’s research interests range from evolutionary psychology to religion and conflict. As a professor in the Department of Psychology, his main focus has been in studying the psychology of prejudices and stereotypes. Neuberg has been with ASU since 1988. He has made major scholarly contributions to his fields of study and has been the recipient of several teaching awards, including ASU’s 2012 Outstanding Doctoral Mentor Award. His history of impeccable teaching and mentorship will be a major asset to the department.

Reed’s research interests include human evolution, climate change, community ecology, biogeography and macroecology. Her main point of focus uses community ecology of primates and mammals to study various aspect of hominin life and history, with field research ongoing in the Afar region of Ethiopia. Aside from her robust research, Professor Reed has prepared to assume this position by serving as assistant director and graduate director in the School of Human Evolution and Social Change. With such passion for her work, respect for the school’s mission and administrative experience, Reed will be a great addition to the school’s leadership as she helps maintain a constant state of advancement.

Student Writer and Reporter , College of Liberal Arts and Sciences

Why does a Yellowstone microorganism prefer meager rations over rich ones?

Arizona State University geoscientist Everett Shock has collaborated with a team of life scientists from Montana State University to discover a puzzle at the junction of geochemistry and biology. The puzzle, which has no solution yet, is: Why would a microorganism thriving in a hot spring draw its energy from low-quality sources instead of rich ones?Shock, who is a professor in geochemistry in AS... 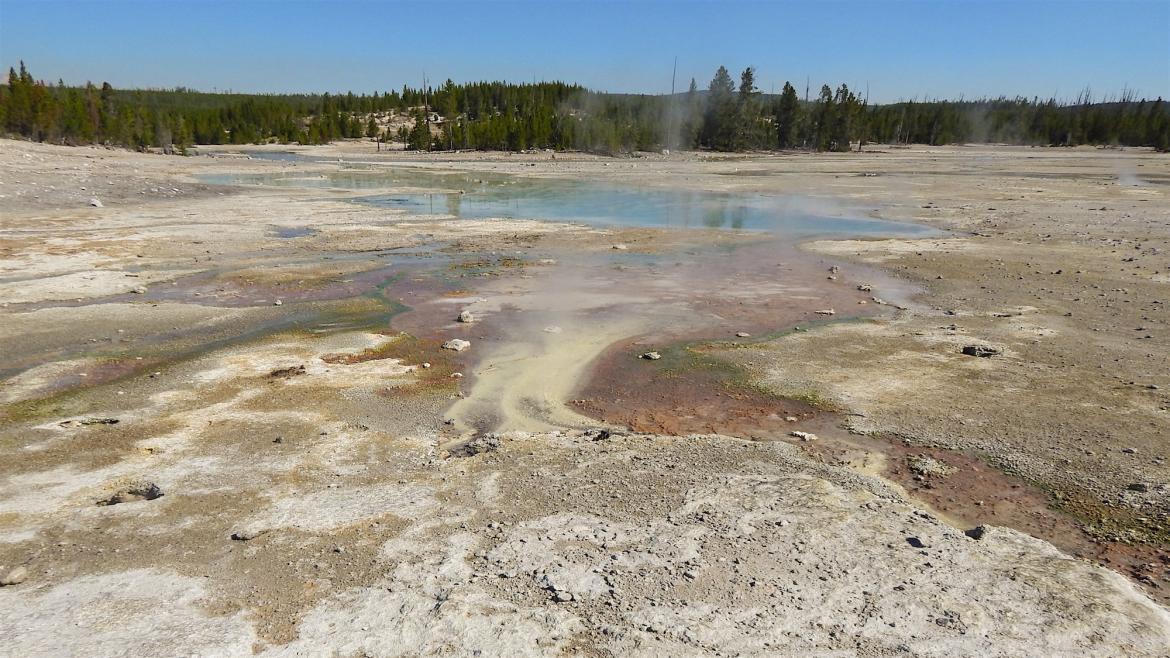 Why does a Yellowstone microorganism prefer meager rations over rich ones?

ASU geoscientist part of team that discovered an energy-source puzzle

The puzzle, which has no solution yet, is: Why would a microorganism thriving in a hot spring draw its energy from low-quality sources instead of rich ones?

Shock, who is a professor in geochemistry in ASU's School of Earth and Space Exploration and the School of Molecular Sciences, has long studied questions of habitability as they apply to life on Earth, and to the potential for life on other planets.

"The team isolated this organism, which is a member of the Acidianus genus, from a hot spring in Yellowstone National Park and cultured it in the laboratory," he said. "There it was given a choice of three different geochemical energy supplies."

This microbe, Shock said, can get energy from combining hydrogen with sulfur, or hydrogen with iron, or sulfur with iron. In the experiments the team carried out, hydrogen and sulfur supplied the least energy, while hydrogen and iron provided the most.

"Surprisingly, the organism grew best on the lowest energy supply — and it grew the worst with the richest energy material," Shock said.

The scientists' report was published July 3 in Nature Geoscience. The lead author is Maximiliano Amenabar of Montana State University; besides Shock, the other authors are Eric Roden (University of Wisconsin), and John Peters and Eric Boyd (both Montana State).

"The results were quite counterintuitive," said Shock. "It's only natural to expect that in any environment, the 'big deal' energy sources will be supporting the most organisms, and the feeble sources — well, you wonder if they are supporting anything at all."

It turns out, he explained, that in a genetic sense, it may be costly for the organism to go after the big-energy supply.

"It's like mining," he said. "You can have a rich ore deposit, but if extracting it costs more than you can get for it, it's not worth pursuing."

And in microorganism terms, Shock said, "biological cost may come down to availability. Perhaps the low-energy source is more reliable in nature than the high-energy one."

Shock suggested that reliability could "tune" the microorganism's metabolism to the energy source that's always available.

But apparently not exclusively, he added. "The organism is also capable of using these other energy sources. However, maybe using them takes more work, so the organism grows more slowly with them."

The focus of future research on this organism will be to assess in detail the energetic costs. Its recently completed genome will aid the research..

Shock concluded, "We don't know for sure why this organism thrives best on low-energy food sources — but now the task becomes finding that out."