Mike Tueller, a classics professor at Arizona State University’s School of International Letters and Cultures, has been praised by the New York Review of Books for his contributions to the Greek Anthology of the famous Loeb Classical Library.

Tueller’s expertise allowed him to update the Greek Anthology of the library, which has not been reviewed since 1918. Tueller translates epigrams, ancient short poems that he likens to an ancient tweet or meme. Given their style, Tueller sees them as very timely, as “a lot of our genres are getting shorter anyway.” 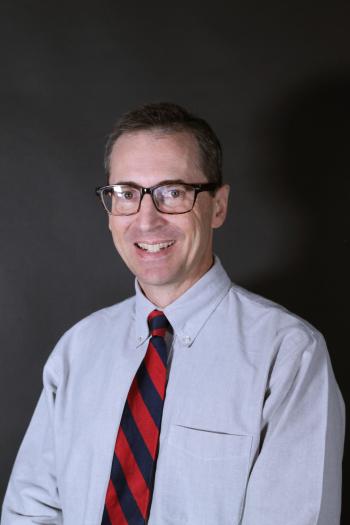 ASU Professor Mike Tueller examined epigrams to contribute to one of the key collections of Latin and Greek ancient texts. Download Full Image

The Loeb Classical Library is considered the premiere collection of ancient Latin and Greek texts, preserving cultural history and explaining it for others.

“There are a few book series in the world that print classical texts, and [the Loeb Classical Library] is the only one of any completion in the United States,” Tueller explained.

Ironically, given his success, Tueller did not set out to become an expert in classic Greek. Originally an astrophysics major at Harvard, he felt uninspired and switched to classics, enjoying the methodical nature and perspective of translation.

Tueller has completed one volume out of a projected six or seven for the Greek Anthology.

“I’m going through the Greek text, making sure it’s correct given the scholarship that has been done over the last hundred years ...” Tueller said. “These epigrams … a lot of them were playing tricks that I thought people hadn’t really noticed. These are short anyway, and a lot of short genres tend to have twists or jokes.”

In addition to adjusting translations of the epigrams, Tueller has added various notes on the headings of the poems, how he arrived at the translation and other pieces of context.

The New York Review of Books considers Tueller’s work an improvement on the original anthology, calling his work “an ambitious and worthy enterprise.”

In epigrams, Tueller has enjoyed a form of ancient writing unique from the popular ancient plays or works meant to be recited; epigrams were actually made to be read.

“That’s one of the reasons they strike us differently,” Tueller said. “They’re meant to be consumed differently. Epigrams were always meant to be read, even when nothing else was like that.”

While the epigrams are ancient, Tueller believes working with them strengthens skills in close reading and writing, inspiring ideas in people from the Renaissance to the Founding Fathers.

“You end up getting this really complete package of skills that you can bring to any work where you have to examine words really closely,” Tueller said. “There is not a single career in the world where knowing how to write well doesn’t help you.”

Read Tueller’s favorite epigram below, written by Callimachus in the third century BCE.

They brought me bitter news to hear and bitter tears to shed.

I wept as I remembered how often you and I

Had tired the sun with talking and sent him down the sky.

And now that thou art lying, my dear old Carian guest,

A handful of grey ashes, long, long ago at rest,

Still are thy pleasant voices, thy nightingales, awake;

For Death, he taketh all away, but them he cannot take.

Editor's note: This story is being highlighted in ASU Now's year in review. To read more top stories from 2017, click here.Arizona State University’s Department of English is feeling a little pride in the name of Alberto Rios: the Regents' Professor's work is part of U2’s Joshua Tree Tour 2017.Rios’ poem “The Border: A Double Sonnet” is being projected on giant video screens during pre-s...

Arizona State University’s Department of English is feeling a little pride in the name of Alberto Rios: the Regents' Professor's work is part of U2’s Joshua Tree Tour 2017. 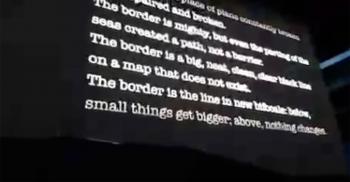 Rios’ poem “The Border: A Double Sonnet” is being projected on giant video screens during pre-show segments of the Irish rock band’s current world tour. Rios, who is also Arizona's first poet laureate, said he first got wind that his poem was opening for U2 when his son forwarded a screenshot of an image that a friend captured at one of the band’s recent shows in Los Angeles.

“I confess I didn’t think too much of it, except that it seemed like a kind of fluke,” Rios said. “Then, about a week later, I got an excited call from my editor who said they had just signed a licensing agreement with U2. He said that I would probably see a few dollars — it’s never much in poetry, of course — and I said, ‘Oh, no. There goes my pro-Bono joke!’” — a reference to the band’s lead singer Bono.

Marking the 30th anniversary of the band’s 1987 America-themed concept album “The Joshua Tree,” U2 launched its world tour in mid-May in Vancouver, British Columbia. 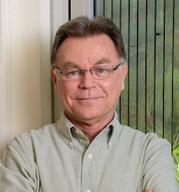 Rios was in his fifth year of teaching at ASU when U2 launched its 1987 tour. Thirty years later his “Border” poem is now part of the band’s multimedia tour production. The piece is featured in Rios’ most recent book, “A Small Story About the Sky.” He describes the poem as “simply 28 ways of looking at the border wall that don’t get reported in the news.” 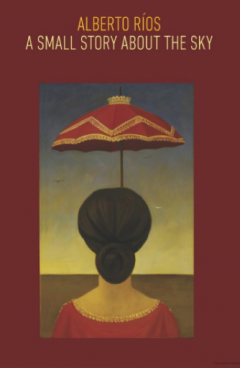 “I think of each line as a small poem in and of itself,” Rios said. “That the lines can join together and make something greater strikes me as worthy.”

That’s a concept Rios says he also likes to share with his students in the classroom at ASU. He encourages them to work from choice, not from habit, emphasizing that poetry and writing in general is a craft that takes some work to master.

He should know. Rios has written 10 books, several chapbooks of poetry, three collections of short stories and a memoir. He is wrapping up a new book of poems and has submitted two long works of fiction for publication review.

In addition to Rios’ “Border,” U2’s tour also includes the poem “Wingfoot Lake” from Pulitzer Prize winner and former U.S. Poet Laureate Rita Dove, who also has ties to ASU. Dove taught creative writing at ASU from 1981 to 1989. She is now a Commonwealth Professor at the University of Virginia.

While Rios has worked with musicians over the years, he has yet to meet any members of U2. He said he wouldn’t hesitate for one second if given the opportunity to share the stage with the band.

As to whether he has any favorite songs by the venerable Irish rockers, Rios said, “Since they used the poem, my favorite U2 song is, um ... every one of them.”