$310,000 grant given to lab — a coalition of 20 universities, including ASU — by National Endowment for the Humanities

The National Endowment for the Humanities has announced a $310,000 grant to the Humanities Action Lab (HAL), a coalition of 20 universities, including Arizona State University, collaborating to produce student- and community-curated public projects on pressing social issues.

The funds will support public dialogues and local exhibits around HAL’s current project, "States of Incarceration:  A National Dialogue of Local Histories," a traveling exhibit, web platform, and curricula focusing on mass incarceration, in Phoenix and 19 other communities. Today, the United States incarcerates more of its citizens than any other country in the world and at any other moment in its history. As a result, a massive number and wide range of people are involved in its prison system: from incarcerated people and their families to residents of prison towns to corrections personnel to consumers of prison-made goods and services. 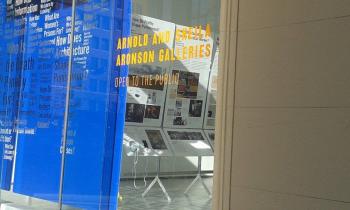 In fall 2015, over 600 students from ASU and 19 other campuses in 17 states collaborated with constituents of nearly 30 community organizations of people directly impacted by incarceration to create the "States of Incarceration"e digital platform and national traveling exhibition exploring the evolution and impact of the United States correctional system. The exhibition launched in New York City at The New School’s Sheila Johnson Galleries in April 2016, and has since made its way to cities across the country, from Austin, Texas, to Riverside, California, to Greensboro, North Carolina and on.

In September 2018, the exhibition will open in Phoenix at Burton Barr Central Library. In conjunction with the exhibit, some of the funds will also be used to host a Mass Story Lab project in Phoenix through which individuals impacted by mass incarceration will be trained in storytelling techniques and then lead a community conversation on immigrant detention and incarceration.

"By highlighting the human cost of immigrant detention at Eloy Detention Center, ASU's portion of the exhibit draws attention to the growing impact of the private prison industry on matters of immigration enforcement in the United States," said Leah Sarat, associate professor of religious studies in ASU’s School of Historical, Philosophical and Religious Studies.

“With this grant from the National Endowment for the Humanities, one of the nation’s largest funders of humanities programs, we will continue to provide opportunities to collectively reframe current debates and open new forms of dialogue about the future of the US criminal justice system,” said Liz Sevcenko, director of the Humanities Action Lab. “We hope that through the process of exploring the histories, memories, and experiences of incarceration locally, students and partners directly affected by incarceration will engage diverse publics in the most pressing criminal justice issues from their own communities, and also inform the national conversation.”

“NEH grants matter in the many communities we serve around the country--in preserving cultural heritage, supporting local cultural organizations, and helping teachers teach and students learn,” said Chairman William D. Adams. “Our grants also matter at the national level, where they preserve our history and acquaint people more deeply with our cultural and political traditions. In making the humanities accessible to all Americans, NEH serves the common good."

Noted scholar of artists and art cities Joanna Grabski is joining Arizona State University’s Herberger Institute for Design and the Arts as the new director of the School of Art.“Joanna is incredibly talented, energetic, entrepreneurial and collaborative,” said Steven J. Tepper, dean of the Herberger Institute. “She is a dedicated teacher. She is prepared to build relationships across the...

Noted scholar of artists and art cities Joanna Grabski is joining Arizona State University’s Herberger Institute for Design and the Arts as the new director of the School of Art.

“Joanna is incredibly talented, energetic, entrepreneurial and collaborative,” said Steven J. Tepper, dean of the Herberger Institute. “She is a dedicated teacher. She is prepared to build relationships across the city and support new opportunities for our research, creative work and community engagement.” 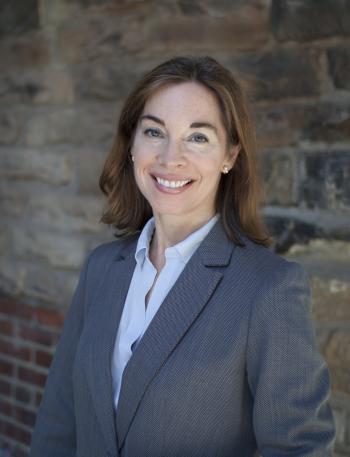 Grabski’s work addresses public art, fashion and street life, visuality and creativity, art and urban memory, and interpretations of the built environment as well as urbanization and art world globalization.

“I am excited about partnering with the School of Art’s talented and dedicated faculty to advance their leading edge creative work and to mainstream thinking about the arts as integral to public education and connective to diverse publics,” Grabski said.

Grabski, who most recently served as chair of art history and visual culture at Denison University, will begin her new role at ASU in July. She is a seasoned administrator who has been chosen to lead several multi-institutional academic initiatives across the Great Lakes Colleges and is the editor and author of dozens of articles and books. Her most recent book, “Art World City: The Creative Economy of Artists and Urban Life in Dakar,” will be released this summer and focuses on contemporary art and artists in the city of Dakar, a famously thriving art metropolis in the West African nation of Senegal.

“Artistic production and arts-based inquiry have incredible implications for shaping the spaces we share and for living together humanely, creatively and sustainably,” Grabski said. “Both Phoenix and Tempe are impressively creative cities, and I am eager to use my expertise on cities as creative spaces to maximize relationships between the School of Art and creative communities.”

Grabski also says she shares the values of the New American University and views the School of Art as vital to advancing that mission.

“The School of Art is not only an enterprise for experimentation and innovation, but also a crucible for interdisciplinary and collaborative outcomes and for large-scale social change.”