Cronkite News, the nightly newscast produced by Arizona State University students at the Walter Cronkite School of Journalism and Mass Communication, was named the top newscast in the country by the Society of Professional Journalists.

For the fourth time in seven years and the fifth time since 2005, Cronkite News won in the best newscast category in the SPJ’s prestigious national Mark of Excellence Awards, more than any other school in the nation. 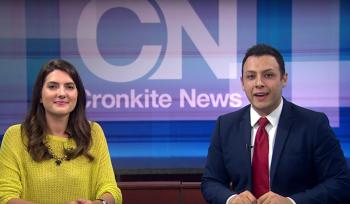 The Society of Professional Journalists named Cronkite News, the nightly newscast produced by Arizona State University students at the Walter Cronkite School of Journalism and Mass Communication, the best newscast in the nation. Download Full Image

In the past decade, the Cronkite School has the best overall record in the national Mark of Excellence Awards, finishing with the most awards eight times since 2006. In that span, students have won a total of 81 awards.

“We are extremely proud of our talented students in one of the nation’s most-respected journalism contests,” said Cronkite School Dean Christopher Callahan. “To consistently lead the field for more than a decade is a testament to the outstanding work by our faculty.”

In addition to best newscast, Cronkite News, the student-produced news division of Arizona PBS, was the national winner in Television Sports Photography for a story on the 2016 Summer Olympic Games by recent Cronkite graduate Ao Gao, a former Olympian who competed in water polo for China in the 2008 and 2012 summer games.

The News21 “Voting Wars” investigation, in which 31 students from 18 universities traveled the country to report on voting rights and regulations, also was a national finalist in Online In-Depth Reporting. Recent Cronkite graduate Lily Altavena, who is now pursuing a yearlong environmental reporting fellowship at The Arizona Republic, won the honor with Rose Velazquez of Louisiana State University and Natalie Griffin of the University of Maryland.

The National Mark of Excellence Award winners are chosen from the category winners in each of SPJ’s 12 regions. In this year’s Region 11 contest, ASU students won 30 awards, winning the division for the 17th straight year.

The SPJ will honor national winners during the Excellence in Journalism conference Sept. 7–9 in Anaheim, California.

The SPJ is the nation’s most broad-based journalism organization, dedicated to encouraging the free practice of journalism and stimulating high standards of ethical behavior. Founded in 1909 as Sigma Delta Chi, SPJ has nearly 10,000 members.

President Donald Trump announced Thursday that he would withdraw the U.S. from the Paris climate agreement. Doing so will hurt American business and devastate international credibility, said an Arizona State University researcher who studies climate-change negotiations.Sonja Klinsky, an assistant professor in the School of Sustainability, also shared some suggestions for what individuals can do on... 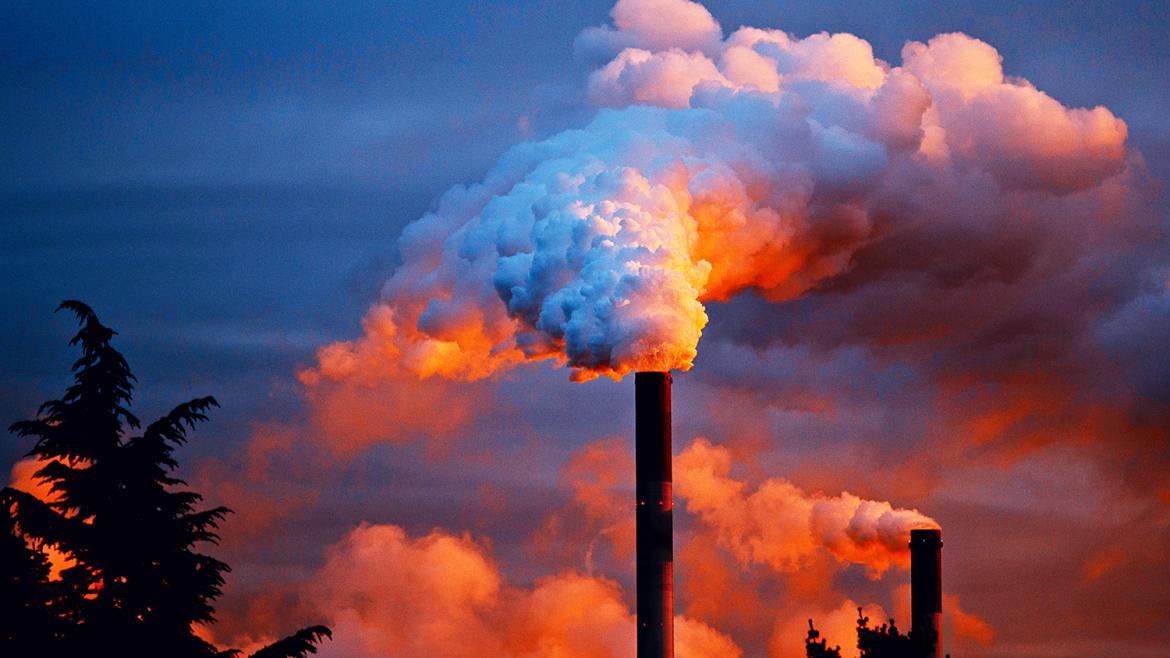 ASU expert: What pulling out of the Paris climate agreement means for the U.S.
June 2, 2017

Klinsky, who studies climate negoations, discusses possible ramifications of Trump's decision and things individuals can do

President Donald Trump announced Thursday that he would withdraw the U.S. from the Paris climate agreement. Doing so will hurt American business and devastate international credibility, said an Arizona State University researcher who studies climate-change negotiations.

Sonja Klinsky, an assistant professorKlinsky is also a senior sustainability scientist in the Julie Ann Wrigley Global Institute of Sustainability at ASU. in the School of Sustainability, also shared some suggestions for what individuals can do on their own to combat climate change.

Question: What does the U.S. pulling out of the Paris agreement mean? 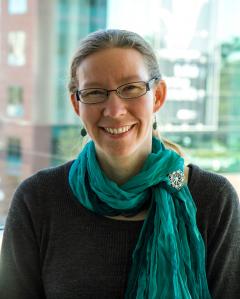 Answer: A U.S. decision to pull out of the Paris agreement is bad news both for the U.S. and for the rest of the world. Dealing with climate change is important for all countries. Parts of the U.S. — including Alaska, Florida and the Southwest, to name a few — are extremely vulnerable to climate impacts. A global failure to deal with climate will hurt millions of Americans, but a successful global response is impossible without the U.S.

Global success requires cooperation. As one of the richest countries in the world, with some of the highest levels of technological innovation, U.S. skills and knowledge are essential for managing this challenge.

Q: How much damage will it do to our standing worldwide?

A: Pulling out of the Paris agreement is extremely detrimental to our international reputation. Similarly, eliminating domestic policy plans also devastates the ability of American negotiators to work cooperatively with other countries.

Already there are long-standing tensions and questions about the American commitment to climate action. Cumulatively the U.S. is the single largest emitter of greenhouse gases. Breaking a promise by pulling out of this agreement or by removing domestic regulations will profoundly erode international trust in an arena in which collective action and cooperation is crucial.

Under the president’s intended climate and energy policies it is almost impossible to ask other countries to cooperate. Under this plan, the U.S. sacrifices any form of leadership or authority it has had on the climate agenda.

Q: How will it be harmful economically?

A: Other countries are taking action regardless of the U.S., and this is creating new opportunities for them. By explicitly blocking all innovation opportunities relating to a rapidly changing low-carbon economy, the U.S. will miss out on leading these new businesses.

China, for instance, is seriously investing in renewable energies and strategies for supporting economic growth that are less resource-intensive. The president’s plan systematically disadvantages young Americans as other countries will continue to innovate towards a low-carbon economy, while the U.S. only looks backwards.

Q: How will it be damaging internally?

First, millions of Americans are vulnerable to climate change impacts — including permanent flooding; destruction of land; lack of water; and increased health risks — and this is going to get worse. Abandoning the climate agenda essentially equates to abandoning the physical security of Americans located in climate-vulnerable communities.

Second, responding to climate change is creating opportunities for new technologies and businesses. Failing to create steady leadership in this area makes it more difficult for U.S. entrepreneurs and businesses to invest in these areas, resulting in an accumulation of lost economic opportunities. Without climate action, future generations of Americans will be worse off both environmentally and economically.

Q: What can people do about climate change?

A: The good news is that there are so many ways to contribute to efforts to address climate change that it would be impossible to list them all here. We often think about individual actions first, and there are many as I’ll mention in a moment, but I would encourage people to think about opportunities they have to influence others first. Here are three such examples:

• If you are part of a religious community, encourage them to engage on this issue. You can connect with other faith-based communities already doing so to get some good starting points.

• If you own a small business or are part of a company that you think might be interested, have you looked at how your business practices could be made more energy- and water-efficient? In fact, ASU School of Sustainability students often do internships with businesses around the Phoenix metro area helping them to do just this; why not see if this might work for your business?

• People often do not think of political engagement as a climate-change policy act, but it actually is incredibly important. Have you let your senators, congress people, city councilors and state representatives know that you care about this issue? Some of the important political bodies are possibly ones you are not that aware of. For instance the Arizona Corporation Commission is responsible for regulating energy, including the solar industry, in the state.

From a personal perspective, there are daily decisions — like eating primarily a plant-based diet, composting and generally conserving resources — that people can do.

There are also broader lifestyle choices that you make less frequently but that really matter. Airplane travel is a particularly high-emission activity. Can you avoid flying? Are you able to live close enough to work, schools and businesses that you can eliminate car travel all or most of the time? If you own your own home, have you done an energy audit, insulated your attic or invested in energy-efficient windows and doors?

Note: Answers have been combined from several interviews and edited for clarity and length; Skip Derra contributed to this report. Top photo by Pexels.com.