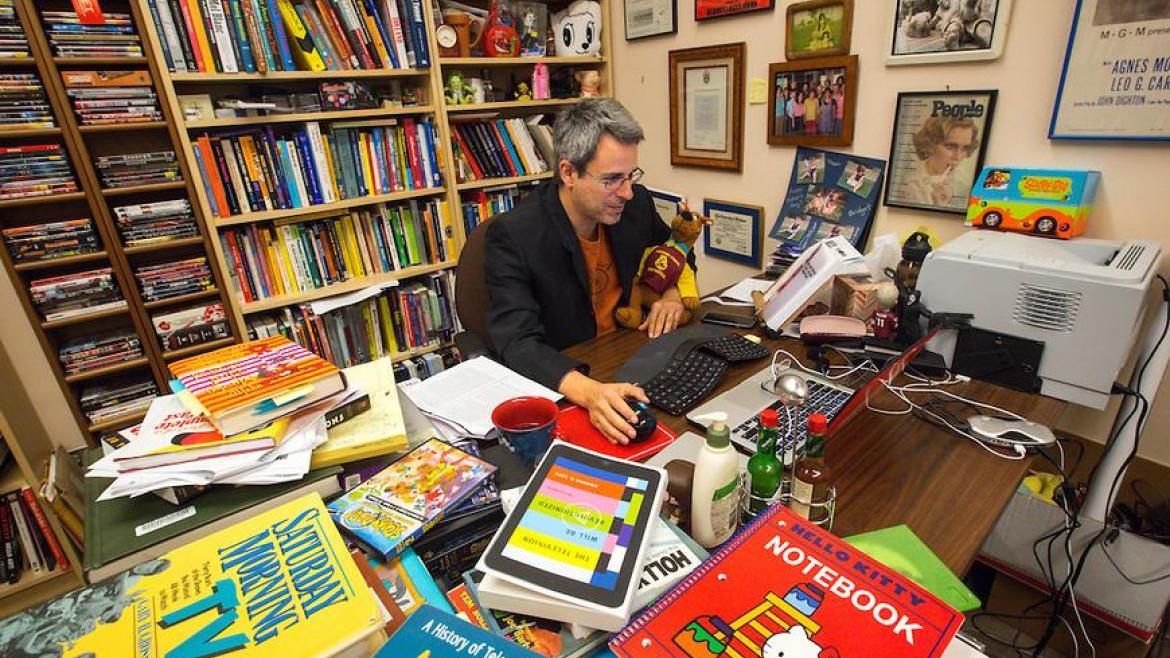 Summer means graduation, vacations and — perhaps, most of all — blockbuster films.

This year Hollywood studios are banking on "Wonder Woman", "King Arthur", "Guardians of the Galaxy Vol.2", "Baywatch" and the "Pirates of the Caribbean."

But it all started about 40 years ago with a mechanical shark.

Today, summer movie season is an American institution, but there was a time when hardly anyone went to the theater during beach months. In fact, summer was once considered by insiders as the movie industry’s low season. But that all changed in June 1975.

“’Jaws,’ for many historians, does constitute the birth of the new blockbuster approach in Hollywood,” said Kevin Sandler, an associate professor and director of Internships in the Film and Media Studies programThe Film and Media Studies program is an academic unit within ASU's Department of English., who is working on a business history book of the cartoon, Scooby-DooThe book will be published by Duke University Press.

That approach has not only become a summer movie formula for Tinseltown, but has grown and expanded over the years. Studios are no longer waiting until the end of school to roll out their biggest films as evidenced by last week’s release of “Guardians of the Galaxy Vol. 2,” taking in over $431 million in worldwide box-office receipts.

ASU Now spoke to Sandler to trace the history of the summer movie season/blockbuster/tent-pole formula, and which films to watch out for in the coming months. 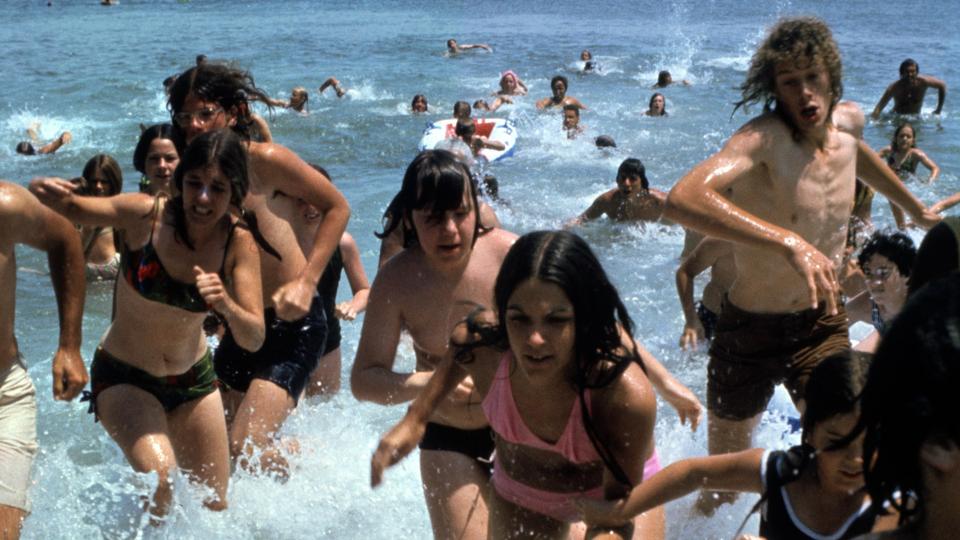 Question: Why is “Jaws” considered the first summer blockbuster film, and how did it create this successful formula for movie studios?

Sandler: It was the first movie to earn $100 million in rental income from exhibitors, redefining the profit potential of a Hollywood hit after a six-year recession in the industry, which cultivated artistically interesting, but not profitable films. (Rental income refers to the fees theaters pay to show movies.)

It also demonstrated that a pre-sold property released in the summer months when children were home from school can be a monster box-office hit outside the Christmas season.

Why was it successful? There were many reasons but let’s focus on one — the marketing campaign. First, the film was preceded by a long lead-in period to build up anticipation for its release. The paperback version was released six months before the film’s release. The poster even succinctly states, “The terrifying motion picture from the terrifying No. 1 best seller.”

Second, its marketing campaign was driven by simple imagery (an unsuspecting, naked woman swimming in in a huge ocean as a large shark, with jaws open is ready to strike) that is featured prominently through various media like books and posters as well as a recognizable, ominous signature tune by John Williams.

Third, it had the biggest national television spot campaign ever that was combined with saturation booking, what we now call wide release, on 464 screens. Although a record for its time, opening weekend screen counts nowadays, like that of “Guardian of the Galaxy Vol. 2,” total 4,347.

Q: Any other films help move the needle on the modern-day blockbuster formula?

A: “Saturday Night Fever” demonstrated the importance of cross-media marketing for a blockbuster, as its soundtrack became the best-selling album of all time. And like “Jaws,” this multimedia tie-in was released several weeks before the film’s premiere and contained the key artwork immediately associated with the film: John Travolta striking that familiar pose on a disco dance floor.

“Star Wars” and “Close Encounters of the Third Kind” showed studios that the science-fiction genre could be prime blockbuster material, like “Transformers” now.

“Star Wars” also contributed to the contemporary blockbuster mix by featuring state-of-the-art technology such as special effects and Dolby sound to render the spectacle spectacular, as well as merchandising tie-ins, including books, models and figures.

Q: That part of the equation, I imagine, is just as profitable if not more than the actual movie?

A: A movie is now just the first link in a chain of interrelated cultural products such as TV shows, books, video games, records, toys, amusement rides, and other consumer goods and experiences viewed through several different windows and transported to several different platforms maintained by various divisions of vastly diversified media conglomerates.

They are not simply a big-budget, tent-pole of a summer season whose earnings are expected to compensate the studio for its less profitable movies. Blockbuster franchises are the anchors of any global media conglomerate, creating revenues, opportunities and experiences downstream from a film’s initial release. And, hopefully, if they’re lucky, in perpetuity.

Q: What are some blockbuster films that we should take note of this summer?

A: The first one that comes to mind is the “Wonder Woman” movie since it is the first superhero movie directed by a woman, Patty Jenkins, who directed “Monster.”

“The Mummy” with Tom Cruise seems like a tired property or a property no one’s clamoring for. So I am curious to see what Cruise does differently with this reboot, the first installment in the Universal Monsters shared universe.

In the last several years after he turned 50, he has anchored himself to these types of movies —franchises and science-fiction films like “Mission Impossible,” “Jack Reacher,” and “Edge of Tomorrow” — to remain relevant for today’s audiences.

His star image is now one that has mimicked the weathered/reluctant hero successfully cultivated by Matt Damon in the “Bourne” movies.

“Atomic Blonde” with Charlize Theron and James McAvoy certainly looks to be edgy and interesting. It’s directed by David Leitch, who co-directed “John Wick,” which I loved. The ex-stunt coordinator found a unique way of staging action, influenced by anime, Hong Kong action cinema and martial arts films, which was mesmerizing and engaging.

Top photo: Kevin Sandler, an associate professor and director of Internships in the Film and Media Studies program, traces the history of summer blockbusters and talks about the movies that put Hollywood where it is today.

Arizona State University announced Tuesday a $2 million gift from Ambassador Barbara Barrett and her husband, Craig Barrett, to support global citizenship programming at the eponymous Barrett, The Honors College at ASU.Vice Provost and Dean of Barrett, The Honors College Mark Jacobs made public the family’s most recent commitment to the university while introducing Barbara as a distinguished gue... 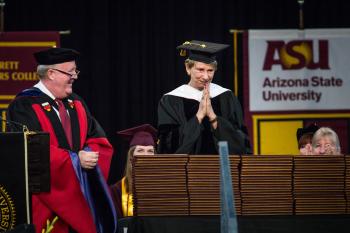 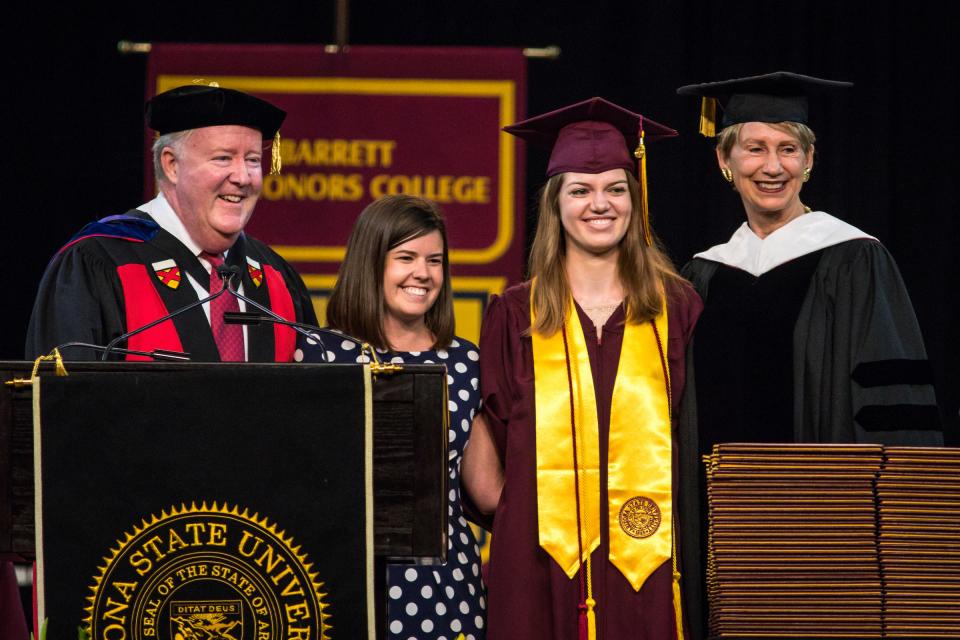