The United States is home to more than 320 million people from dozens of countries and ancestries, in addition to Native American peoples.

Arab countries make up 22 nations in the Middle East and North Africa where Islam and the Arabic language are dominant factors — more than 300 million people, a quarter of all Muslims. 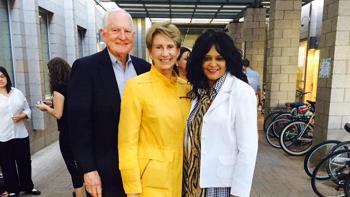 Despite their diversity and global reach, a profound discord still exists between Arabic culture and American society. Stereotypes exist on both sides. While some in the West fear terrorism and fanatic violence, many in the Arab world feel their way of life is threatened by Western culture, perceived as sexually permissive with declining family values.

Hoping to bring new perspective to this clash of cultures are a host of faculty and students researchers at Arizona State University, including Associate Professor Souad T. Ali and her students.

Women may be uniquely suited to creating a new era of understanding, believes Ali, an ASU associate professor of Arabic literature and Middle East/Islamic studies, head of classics and Middle Eastern Studies, coordinator of Arabic Studies in the School of International Letters and Cultures, and founding chair of the ASU Council for Arabic and Islamic Studies.

“Most of my current research and interests focus on women and gender in Islam,” she said. “Although outspoken women are breaking through on their own, some women deal with lack of education, particularly in Arab cultures.”

One of her classes teaches Islam from a feminist perspective.

“Islam is actually a quite egalitarian religion,” she said. “Over the last 14 centuries, male interpreters of the Qur’an have distorted its meaning. As women have become more educated, we are now capable of interpreting the Qur’an for ourselves, as demonstrated by the Muslim American women scholars I teach.”

Recently awarded the Outstanding Faculty Mentor Award from the Faculty Women’s Association, Ali has mentored many honors students, undergraduates and graduate students. Two of her graduate students, Shabnam Rezai and Ayla Perez, are graduating next week. They focused their research on the particular challenges faced by women in other cultures, particularly the Middle East.

“Women are fighting for their rights. Their fight is for education and employment rights,” said Rezai, who works to dispel the oppressed and passive image of Afghani women portrayed by the press and even in some scholarly studies.

Rezai’s Afghani family emigrated in 1997 a few months before the Taliban seized control of the country. For her thesis at ASU, she interviewed five Afghani women who lived under Soviet and/or Taliban rule.

“The Soviets were modernizing Afghanistan, including the freedom of education, employment and financial independence for women,” she said. “The Taliban reasserted male authority and imposed fundamentalism on women. Most women did enjoy the freedoms of Soviet reforms. However, Afghanistan is a deeply religious country, particularly among more conservative rural women.”

“The women I interviewed had very supportive families,” she said, “and that support encouraged them to be active.”

“Dr. Ali is an outstanding professor,” Rezai said, “very knowledgeable and passionate. She teaches us that as humans we have logic and reasoning so we should never just accept stereotypes without questions. We need to go deeper. That’s also what I love about ASU. You can pursue a course of research that you believe in.”

Rezai works as an adviser in the Ira A. Fulton Schools of Engineering with mechanical engineering and aerospace students. She graduates this spring with a master’s in religious studies focusing on Islam in global contexts. Her ultimate goal is to teach as a professor. 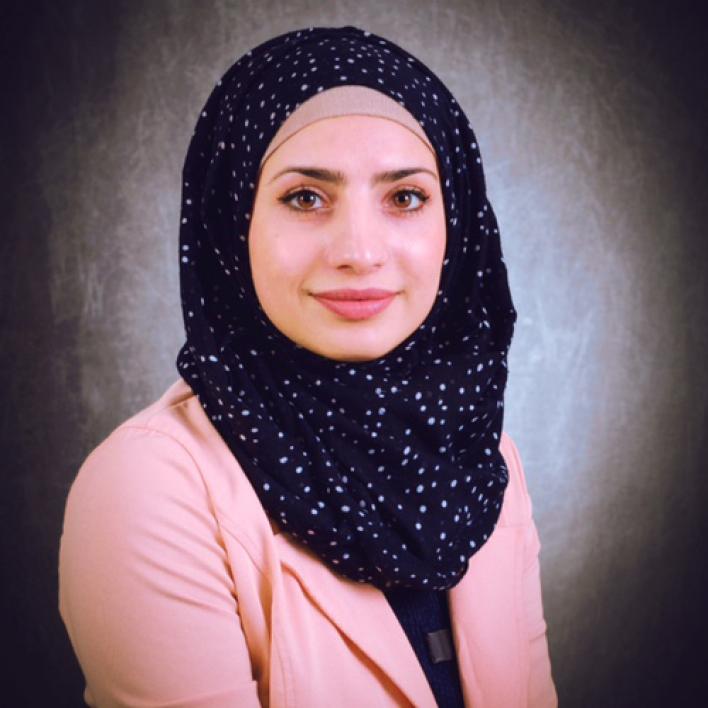 With an undergraduate degree in psychology, Shabnam Rezai took a class in women and religion that inspired her to present a more positive view of Afghani women, told from their own perspective and experiences. 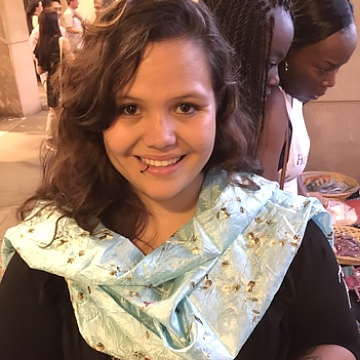 Ayla Perez’s Masters Applied Project for Women and Gender Studies examined honor crimes within imperialism, colonialism and regime change. As a case manager for substance abuse and mental health, she is using her expertise to obtain grants for a program for U.S. survivors of the crimes. Souad Ali (left), Aisha Usman and John Carlson at a meeting of the ASU Center for the Study of Religion and Conflict. The center has exchange projects with universities in Pakistan between the ASU English Department and the ASU Cronkite School.

Also graduating this spring with her master’s degree, Perez studies honor crimes, including honor killings. The violence is almost always committed against women for a perception that they have “brought shame on their families,” usually for reasons such as refusing an arranged marriage, having sex outside marriage, becoming the victim of rape, or dressing immodestly.

“Honor crimes stem from older patriarchal or tribal societies,” Perez said. “It happens in every religion, including Christian, Muslim, Hindu and Sikh. But there is no basis for it in any religion.”

The United Nations reports 5,000 honor killings every year around the world, although experts believe that large numbers go unreported. Honor crimes happen in most every country, including the U.S., but the numbers are under-reported, often mistaken for domestic violence or religious “custom.”

Perez works now to obtain grants to develop a program in the U.S. to recognize honor crimes against women and create support systems for survivors of honor crimes. She receives her master's degree in women and gender studies from the School of Social Transformation.

Ali believes that more scholars, particularly more female scholars, can better understand and correct some stereotypes, such as the many misconceptions around the role of women in Islam. For example, Ali points out, the Qur’an declares that men and women are equal in the eyes of God. It instructs Muslims to educate daughters as well as sons and states that women have the right to refuse a prospective husband and the right to retain their own assets, including owning or inheriting property.

“Muslim women scholars have made many contributions toward understanding the true meaning of the Qur’an,” Ali said.

She dismisses the claims of terrorist or fundamentalist groups such as ISIS (or ISIL). “They want to establish an Islamic state. There is no support for this in the Qur’an. Islam is a religion, not a state.”

Ali also points proudly to a long-standing tradition of science and medicine, which flowered in the early years of Islam. During the Dark Ages in Europe, the Islamic Golden Age flourished. Muslim and Christian scholars translated and preserved the classical knowledge of the Greeks and other conquered civilizations into the Arabic language. Books devoted to mathematics, astronomy, chemistry, engineering, medicine and other subjects were preserved in the House of Wisdom in Baghdad. Many of the books were later translated into the European languages, particularly during the Renaissance, from the original Arabic.

In addition to teaching, Ali believes that what most contributes to mutual understanding is sharing that which makes us human — literature, the arts and culture. To this end, through her leadership of the ASU Council for Arabic and Islamic Studies, Ali actively organizes Arabic film and poetry series, lectures and other events at ASU inspired by President Crow’s unique concept of the New American University

“Humanity, not religion, is the way we connect. The human factor is what people should focus on. There are always differences between cultures. We need to focus on the similarities of our own humanity rather than the differences.”

Souad T. Ali is an advocate for ASU’s innovative programs in multiculturalism, diversity, interfaith dialogue and cross-cultural understanding. She serves as affiliate faculty in the Center for the Study of Religion and Conflict, Women and Gender Studies, African and African-American Studies, and the Arizona Center for Medieval and Renaissance Studies. A Fulbright Scholar, she is the author of “A Religion, Not A State: Ali ‘Abd al-Raziq’s Islamic Justification of Political Secularism,” “The Road to Two Sudans” and a book in progress, “Kuwaiti Women in Leadership Positions.” She has also published more than 100 scholarly papers, including conference publications for a national and international audience.

Caffeine and big dreams: Sun Devils on their plans after commencement

An open mind, good time management and a curiosity about the world — all are key tools in college students' journey toward a degree. But for many, caffeine is a crucial component as well, powering them through late-night study sessions and early-morning tests.In light of that and in honor of Starbucks Executive Chairman Howard Schultz speaking at Arizona State University's Undergraduate Commen...

Tempe campus , The College of Liberal Arts and Sciences , School of International Letters and Cultures , International Caffeine and big dreams: Sun Devils on their plans after commencement

An open mind, good time management and a curiosity about the world — all are key tools in college students' journey toward a degree. But for many, caffeine is a crucial component as well, powering them through late-night study sessions and early-morning tests.

In light of that and in honor of Starbucks Executive Chairman Howard Schultz speaking at Arizona State University's Undergraduate Commencement on Monday, ASU Now set out to four ASU campuses to find students on the cusp of graduation.

We asked what they most looked forward to after graduation, what one question they'd ask Schultz if they could and what their caffeinated drink of choice was as they made their way through their final semester as a Sun Devil.