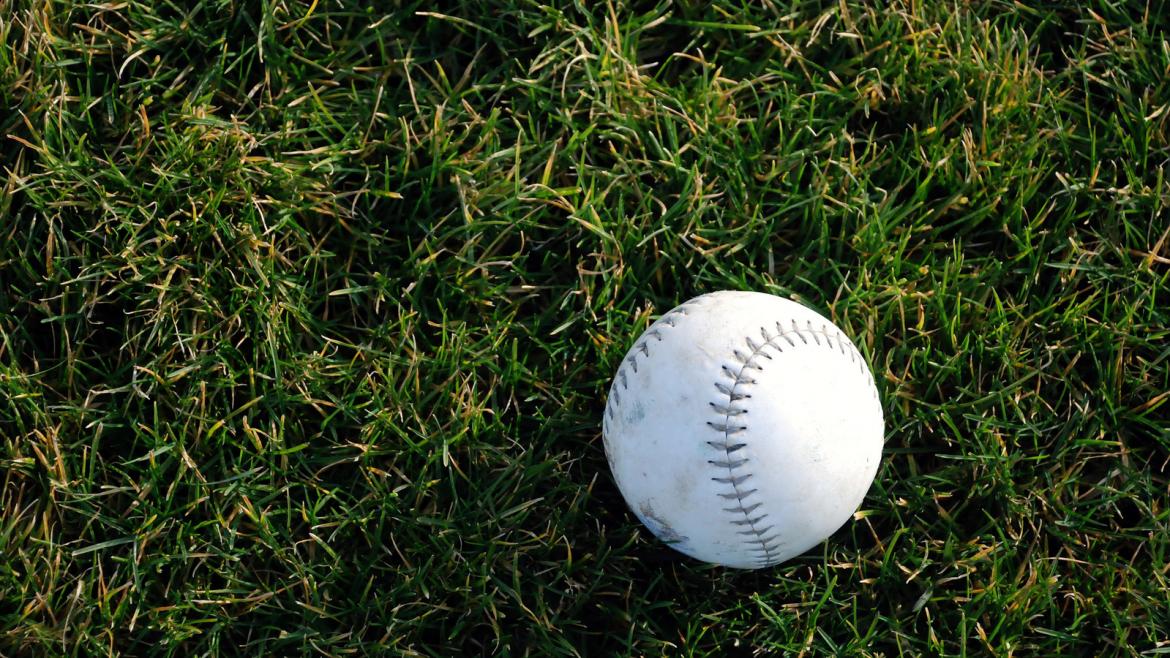 Unlike the rest of them, he works for the Chicago Cubs, who won the World Series in 2016, for the first time in 108 years.

During the incredible 2016 baseball season and the Cubs’ championship run, Baker continued his studies. This week, he’ll graduate from Arizona State University with a bachelor of liberal studies degree in the College of Integrative Sciences and Arts.

“It was an interesting, inviting experience and intellectually stimulating for me,” Baker said of his degree course.

Baker reached a pinnacle of athletic success that most young men only dream about. He left the University of California at Berkeley as a junior when he was drafted by the Oakland A’s in 2002. He spent a total of 13 years as a professional baseball catcher, in the minor leagues and with the Florida Marlins, San Diego Padres and the Chicago CubsBaker will be remembered for a quirky statistic: In 2014, the Cubs ran out of pitchers during an extra-innings game with the Colorado Rockies. They put Baker in and he pitched a scoreless top of the 16th inning. In the bottom half of the inning, he scored the winning run, earning him the win in the longest game, by time, in Cubs’ history..

After his playing career ended in 2015, he was hired by the Chicago Cubs as an operations assistant. Earlier this year, he was promoted to “mental skills coordinator,” helping players with the psychological aspects of the game. 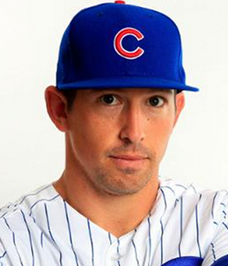 John Baker, a mental skills coordinator for the Chicago Cubs, will get a degree from ASU Online.

“I had to drop out of school when I started chasing a dream of professional baseball,” he said. “And it was time to go back to school again.”

But things had changed.

The cost, for one thing. Major League Baseball sets aside money for players to finish their college education when they leave early to play professionally, but there is a limited time to use that money and Baker found that the price had doubled.

Also, he couldn't resume his studies at Cal while working for the Cubs.

“One of the things I found out was that there was no way to do it online. I would have to go there and go to class in person,” he said.

“I’m 36 years old with two little children and I need a job to pay my bills, so that was impossible.”

Baker was in Arizona for spring training in April 2016 when he met with Ray Anderson, vice president for university athletics at ASU. Anderson, who had been roommates with Baker’s father at Stanford University, told him about ASU Online, which offers a wide variety of degrees and provides “success coaches” to help with time management and academic goals.

“I could continue to work full time, and they worked with me to transfer my credits,” said Baker, who took three classes at a time as he balanced work, family and school.

“As an ex-athlete coming back into academia, it can be daunting and scary because I hadn’t taken a test in 15 years. I hadn’t written a paper that was going to be graded,” he said.

“I was focused on improving my baseball skills and figuring out a way to win. I hadn’t tried to take on systemic information.”

He was glad he started with a “reintroduction to technology” course.

“That put me up to speed with Excel and Word and how to build websites,” he said. “I was uploading videos to YouTube and doing all these things I had never thought about.”

As the Cubs charged into the playoffs last fall, two of the team’s minor league affiliates also won championships. Baker was busier than ever but was able to stay on top of his ASU Online work by devoting entire days to studying in between games.

“Instead of spending 90 minutes on homework I would decide to wake up at 7 and work until 8 p.m. and get several days’ worth of classwork done,” he said. “I don’t recommend that for all of the time, but it was good to have the flexibility. I never had a freak-out that I was going to miss a deadline.”

Baker compared his responsive ASU Online advisers to a “concierge service” and was especially happy when one of his professors stopped by Sloan Park in Mesa during spring training last month.

“I took a one-credit history of baseball class, and I learned a lot about baseball I never knew before,” he said.

“I was able to take my professor on a tour of the complex. They put so much work into us to be educated, and I was glad I had that opportunity.”

Aminda Marqués Gonzalez, the executive editor and vice president of the Miami Herald, will give the keynote convocation speech to the spring 2017 graduates of Arizona State University’s Walter Cronkite School of Journalism and Mass Communication.The ceremony will be held at 6:30 p.m. Tuesday, May 9, in downtown Phoenix at Comerica Theatre. More than 340 students are expected to graduate.Marqué...

Aminda Marqués Gonzalez, the executive editor and vice president of the Miami Herald, will give the keynote convocation speech to the spring 2017 graduates of Arizona State University’s Walter Cronkite School of Journalism and Mass Communication.

The ceremony will be held at 6:30 p.m. Tuesday, May 9, in downtown Phoenix at Comerica Theatre. More than 340 students are expected to graduate. 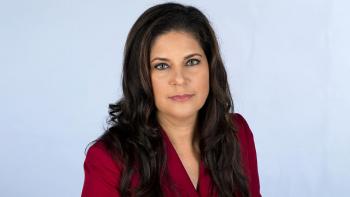 Marqués, who was named executive editor in 2010, is only the second woman in the Miami Herald’s 100-plus history to lead the newsroom. Under her direction, the Herald recently was awarded the 2017 Pulitzer Prize for Explanatory Reporting, along with the McClatchy Washington Bureau and the International Consortium of Investigative Journalists, for the Panama Papers, a cross-continental collaboration that exposed the secret world of offshore companies. The Herald also won the 2017 Pulitzer for Editorial Cartooning.

“Mindy Marqués is a leading voice in journalism with a well-earned reputation for excellence,” said Cronkite Dean Christopher Callahan. “We are thrilled to have her as our keynote speaker and look forward to celebrating graduation with our outstanding students.”

Marqués is a veteran of the Herald’s newsroom, having served as a metro reporter, assistant city editor and deputy metro editor as well as directing the newspaper’s local, state and community news operations.

In 2002, she was named Miami bureau chief for People magazine, overseeing coverage for the southeast U.S., the Caribbean and Latin America. She returned to the Miami Herald five years later as a multimedia editor for a new entertainment website. She served as the Sunday/features editor before being named managing editor.

Marqués is a 1986 graduate of the University of Florida, where she was honored in 2012 as an Alumni of Distinction by the College of Journalism and Communications. She was the 2016 recipient of the Presidential Award of Impact from the National Association of Hispanic Journalists.

Marqués serves on the board of the Pulitzer Prizes and is president of the Florida Society of News Editors. She also is an advisory board member for the Journalism and Women Symposium and the Lillian Lodge Kopenhaver Center for Women in Communication at Florida International University.