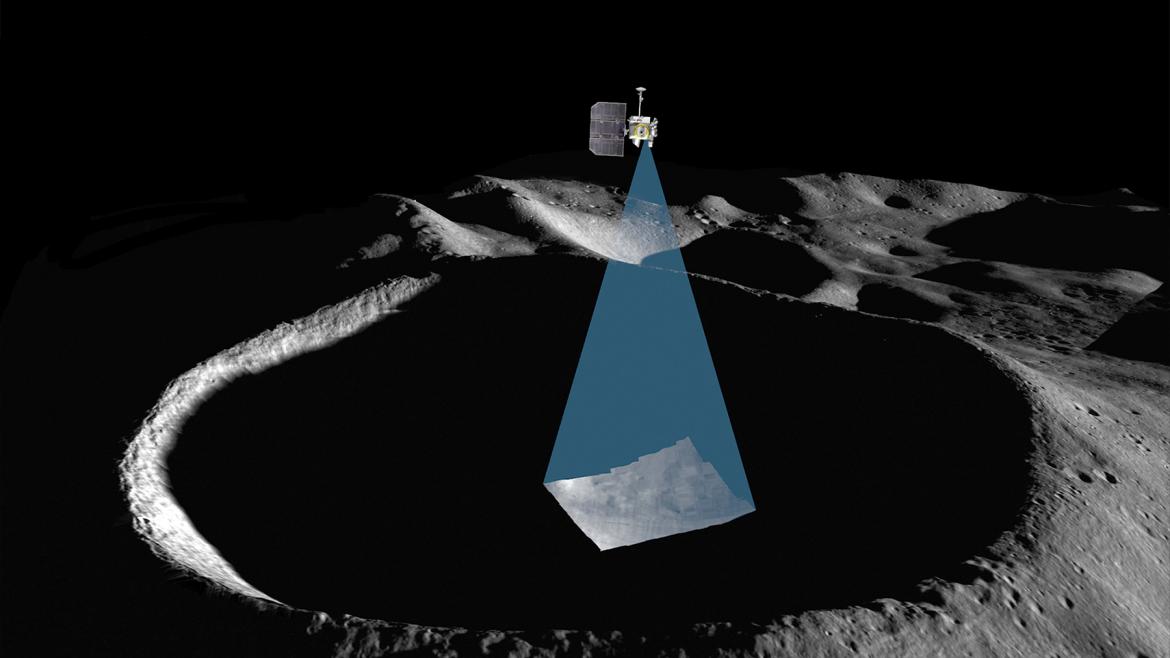 NASA has selected an instrument developed by Mark Robinson of ASU’s School of Earth and Space Exploration (SESE) and Malin Space Science Systems (MSSS) to map the terrain and search for evidence of frost or ice deposits in the moon’s permanently shadowed regions (PSRs).

The ShadowCam optical camera is based on the Lunar Reconnaissance Orbiter Narrow Angle Camera also developed by Mark Robinson and MSSS. It is, however, significantly more sensitive, allowing the camera to obtain high-resolution, high signal-to-noise imaging of the moon’s PSRs.

“The telescope and much of the electronics will be identical,” said Robinson, ShadowCam's principal investigator. “The big difference is swapping out the current image sensor for one that is 800 times more sensitive, allowing high resolution imaging within permanently shadowed regions, something the Lunar Reconnaissance Orbiter Camera cannot accomplish.”

For those familiar with digital cameras, this sensitivity gain is like going from ISO 100 to ISO 80,000. 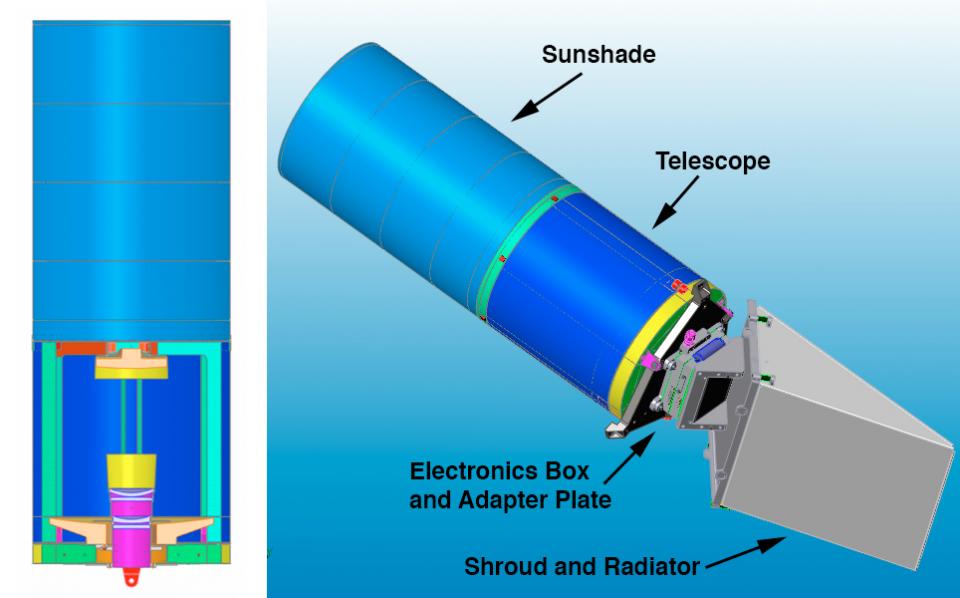 Launching in 2018, ShadowCam will observe PSRs on the moon monthly to detect seasonal changes as well as measure the terrain inside these enigmatic craters, including the distribution of boulders. Eventually ShadowCam images will be merged with the Lunar Reconnaissance Obiter Narrow Angle Camera (NAC) images to make complete maps of inside and outside of craters that host PSRs. While the NAC provides coverage of illuminated areas, ShadowCam will provide images of the shadowed areas.

“These merged maps will put us one step closer to enabling landers and rovers to investigate the mysterious lunar PSRs,” Robinson said.

ShadowCam will address what NASA calls, “Strategic Knowledge Gaps,” or information the agency would like to gather in order to reduce risk, increase effectiveness, and improve the designs of future human and robotic missions in deep space. ShadowCam joins four other instruments on KPLO.

KARI, headquartered in Daejeon, South Korea, provided NASA with 15 kg (about 33 pounds) of payload space aboard the KPLO, which is scheduled to launch into lunar orbit in December 2018. ShadowCam was selected as a result of NASA seeking science instruments that could increase our understanding of the distribution of volatiles, such as water, including the movement of such resources toward permanently shadowed regions and how they become trapped there.

“Permanently shadowed regions have been a mystery because the perpetually dark interiors are difficult to image and existing research offers varying interpretations regarding the distribution of volatiles within these cold regions,” said Jason Crusan, director of NASA’s Advanced Exploration Systems Division at the agency's headquarters in Washington, D.C. “Future missions in deep space will be safer and more affordable if we have the capability to harvest lunar resources, and ShadowCam has the potential to greatly increase our understanding of the quality and abundance of those resources in these regions.”

The KPLO spacecraft will carry a total of five instruments to lunar orbit—four from South Korea and one from NASA (developed by Arizona State University and Malin Space Science Systems). Credits: Korea Aerospace Research Institute (KARI)

Robinson and his team, including ShadowCam’s deputy principal investigator Prasun Mahanti and co-investigators Nicholas Estes and Robert Wagner, plan to run joint operations with ShadowCam and LROC from ASU’s Tempe campus. “There is much synergy having the experiments run jointly both in terms of operational efficiency and science return,” Robinson said.

Stars are the most commonly observed objects in the universe. Now, with a new $2.3 million grant from the National Science Foundation (NSF), researchers at Arizona State University will be upgrading a “library of the stars” to benefit scientists and students alike in their study of the night sky. The NSF-funded project, “Modules for Experiments in Stellar Astrophysics,” or “MESA” for ...

Stars are the most commonly observed objects in the universe. Now, with a new $2.3 million grant from the National Science Foundation (NSF), researchers at Arizona State University will be upgrading a “library of the stars” to benefit scientists and students alike in their study of the night sky.

The NSF-funded project, “Modules for Experiments in Stellar Astrophysics,” or “MESA” for short, is a suite of open-source libraries designed to gather data from a variety of space missions and in turn drive significant innovation in the stellar, gravitational wave, nuclear, exoplanet, galactic and cosmological communities. 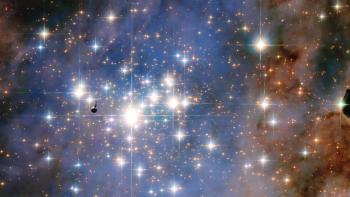 “Our goal for this project,” said Timmes, “is to sustain MESA as a key piece of software infrastructure for the astrophysics community, while building new innovative scientific capabilities and educational networks.”

An essential tool in the vast discovery of space, MESA is helping to continuously monitor more than 100,000 stars. The discoveries resulting from MESA-based surveys include revelations about the dynamic impact of waves and magnetic fields, unusual explosive outcomes, and remarkably complex binary star systems. 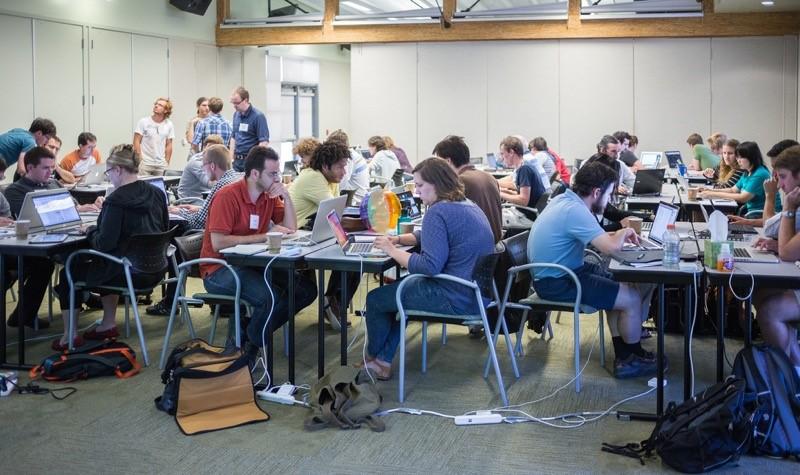 In addition, educators widely deploy MESA and the prototype MESA-Web cloud resource, which is headquartered at ASU, in their astrophysics courses. The project helps introduce students (like those pictured above) to MESA's active support network for leading-edge scientific investigations, including massive star explosions and magnetic fields in stellar evolution.

Since its inception, the MESA project has attracted more than 900 registered users worldwide, with more than 10,000 downloads of the source code. It has distributed more than 12,000 archived and searchable posts on community discussions of MESA and has been cited approximately 1,000 times. The program also provides an annual summer school program with more than 150 graduates and hosts a web portal for the community to share analysis tools and build provenance.

“The immediate future holds tremendous promise, as both space-based surveys and ground-based facilities come to fruition,” said Timmes. “Our goal is that MESA will advance research capability and strengthen educational outcomes across a significant area of science.”