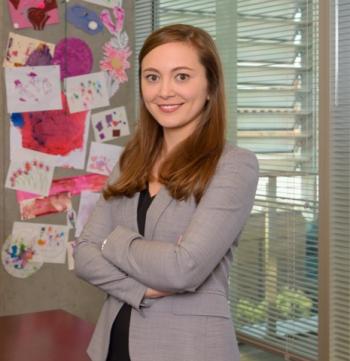 “There has never been a more exciting time to be a computer scientist — computer science touches just about every aspect of our lives. CCC council has a record of catalyzing the computing research community around important challenges and I am incredibly honored to be part of this group,” Bliss said.

Bliss is a professor of practice in ASU’s School of Computing, Informatics and Decision Systems Engineering. She is a senior sustainability scientist in the Julie Ann Wrigley Global Institute of Sustainability and has affiliate appointments in the School for the Future of Innovation in Society, the Center on the Future of War, and the Simon A. Levin Mathematical, Computational and Modeling Sciences Center. She also is a Senior Fellow at New America.

The CCC council is comprised of 20 members who have expertise in diverse areas of computing. The council leads the consortium’s visioning programs, which help create and enable visions for future computing research.

More information can be found online.

Studying the culture of any country can occupy someone’s interest for years. At Arizona State University's School of International Letters and Cultures, award-winning Professor Will Hedberg remains captivated by two. “My focus is the literature and culture of early-modern Japan,” Hedberg explained, “But I also have a background in Chinese studies, so my primary focus is the Japanese tran...

Studying the culture of any country can occupy someone’s interest for years. At Arizona State University's School of International Letters and Cultures, award-winning Professor Will Hedberg remains captivated by two.

“My focus is the literature and culture of early-modern Japan,” Hedberg explained, “But I also have a background in Chinese studies, so my primary focus is the Japanese translation of Chinese language fiction and drama.” 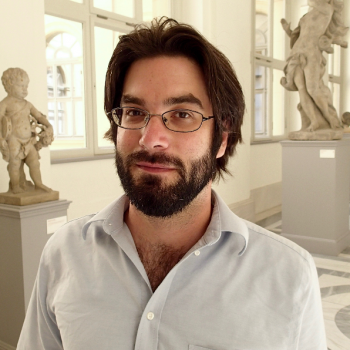 Professor Will Hedberg has always been captivated by Asian languages, mastering forms of both Chinese and Japanese. Download Full Image

That may sound like a lot, but Hedberg identifies a lot of overlap between the two languages and enjoys exploring cultural interpretation. He focuses on the period between 1600 and 1900 when more texts and ideas were flowing from China to Japan.

Hedberg wanted to studied Chinese since he was in high school and received his bachelor’s degree in the language. He became interested in Japanese later on and was immediately fascinated by the connections between the languages.

He credits his initial interest in Chinese to his grandmother, who taught philosophy at the University of New Mexico, with a special focus on Chinese philosophy. Hedberg still has some of her books in his office.

He is now fluent in Chinese and Japanese, as well as the classical versions of both languages, as “they’ve changed a lot of 2000 years.” He can even read Chinese written in Japanese.

“I got accepted to the east Asia program at Harvard where I was very lucky in my first year to not only have a very supportive advisor on the Chinese side but also to meet faculty who very much encouraged my interest in Japanese studies as well,” Hedberg said. “ I’ve done research in Japan, Taiwan, spent time studying, taking classes, researching.”

At the School of International Letters and Cultures, although he is part of the Japanese department, Hedberg has found an environment that favors collaboration across disciplines. This year, his research earned support from the Institute for Advance Study, a fellowship from the American Council of Learned Societies and support from the Social Science Research Council.

“Looking down the road, there’s a lot of interest in transborder studies here at ASU, which I think ties into my own research,” Hedberg said. “I’m looking at the flow of texts and ideas across geographic borders, cultural borders, linguistic borders.”