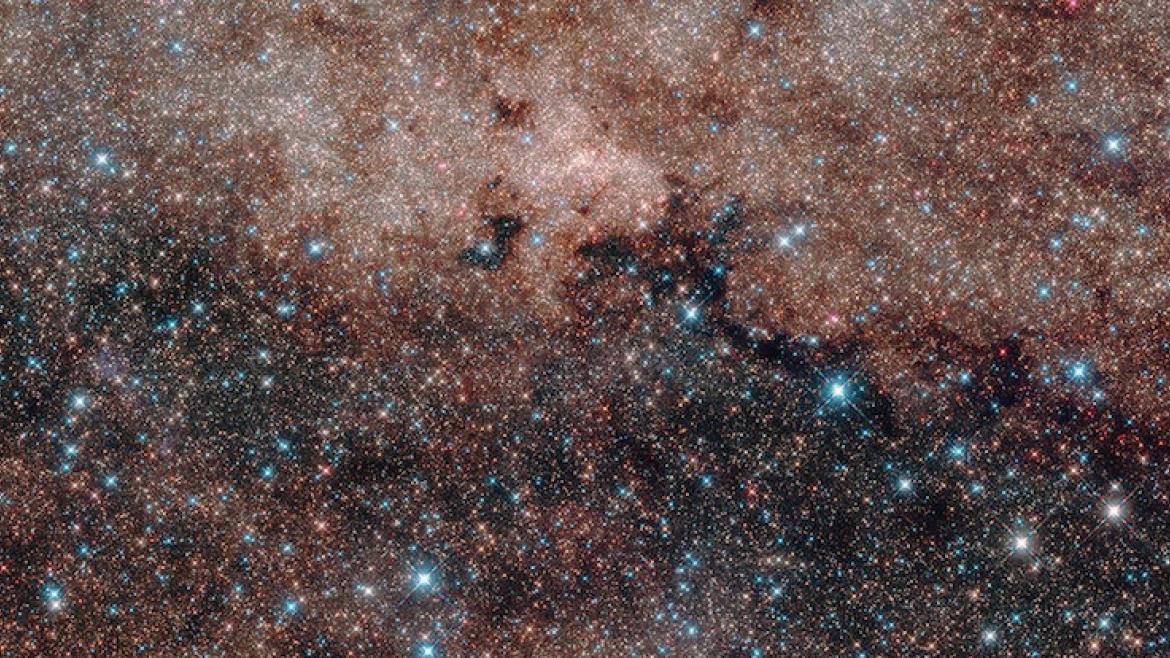 A missing link lies in the chain of astronomers' understanding of how stars and planetary systems are born, but a team of scientists and engineers from Arizona State University's School of Earth and Space Exploration is on track to help find it.

"Astronomers have an idea how the Milky Way Galaxy's giant clouds of dust and molecular gas produce stars," SESE astronomer Chris Groppi said. "But we don't have a good idea how these clouds form in the first place."

To discover this is the aim of a newly funded NASA project named GUSTO, which is led by astronomer Christopher Walker of the University of Arizona. The project also involves Johns Hopkins University's Applied Physics Laboratory, NASA’s Jet Propulsion Laboratory, the Massachusetts Institute of Technology, and the Netherlands Institute for Space Research.

As its full name suggests, this observatory won't be located on Earth. Instead, it'll soar at high altitude in the atmosphere: about 21 miles up, roughly three times higher than passenger jets typically cruise.

Building on NASA's experience with balloon flights launched from Antarctica, the GUSTO project combines a new balloon of advanced design, plus a 30-inch-aperture telescope with two dozen detectors. The detectors cover a spectrum of "colors" that range between thermal infrared (heat radiation) and microwaves.

"This part of the spectrum," Groppi said, "is where we can track characteristic interstellar gases — ionized carbon, oxygen and nitrogen — as they cool off and collapse into clouds that will eventually become stars and probably planetary systems."

The project plans to use GUSTO to scan much of the Milky Way galaxy and all of a small nearby galaxy called the Large Magellanic Cloud. Project astronomers expect that this study will serve as a template to help them understand other galaxies.

"For GUSTO, our role at SESE is to design and build the processing electronics that handle the raw signals coming from the telescope and going to the detectors," Groppi said. GUSTO analyzes the sky in three different "colors." But each color uses eight detectors, so the entire instrument package must handle and process signals involving 24 detectors in all. 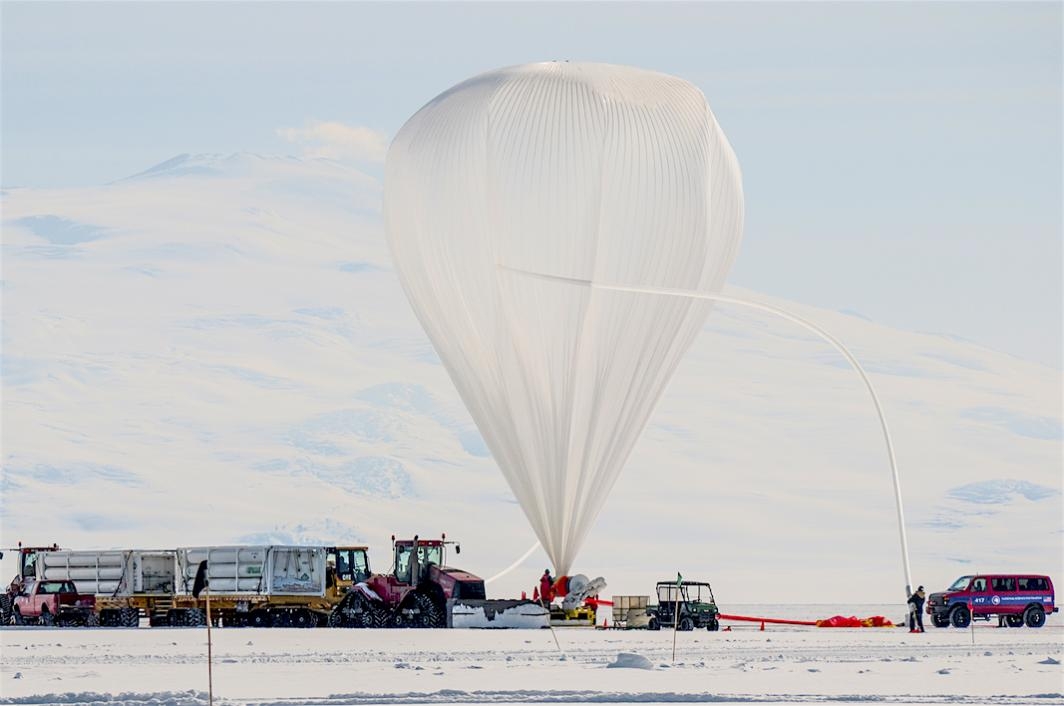 Flight crew inflate the balloon that carried the Stratospheric Terahertz Observatory 2 (STO-2) — a precursor mission to GUSTO — high above Antarctica in December 2016. STO-2 flew for 22 days but had less capable detectors and stayed aloft for a shorter flight, mapping only a small region of the Milky Way. GUSTO will be far more capable, fly much longer, and explore most of the Milky Way. 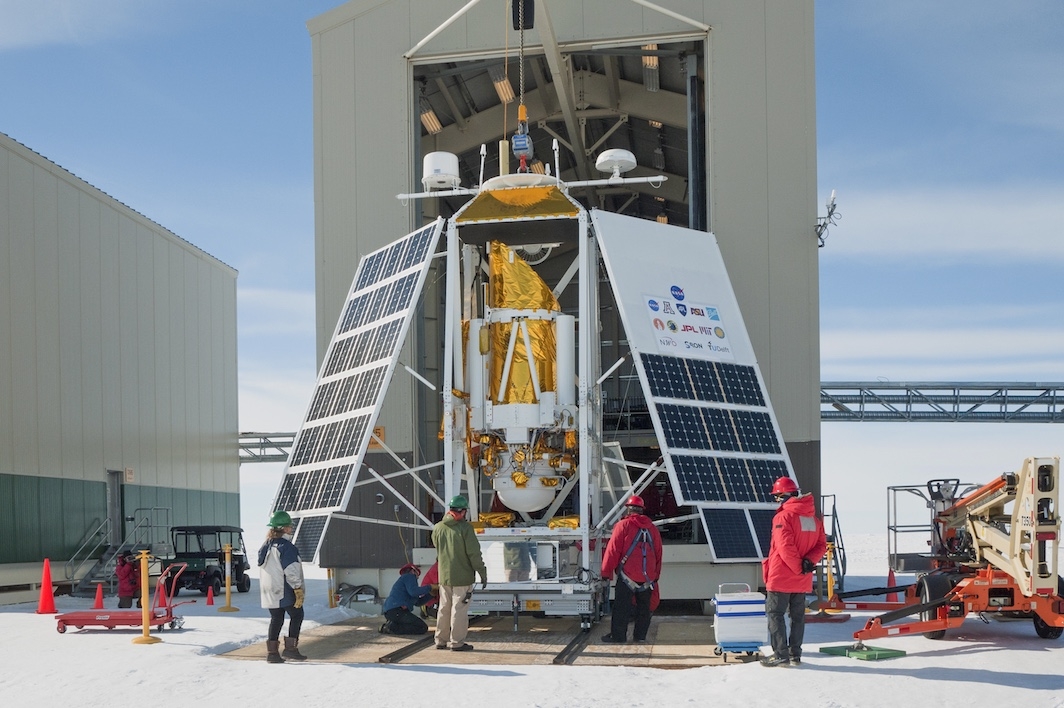 SESE electrical engineer Hamdi Mani and electronics technician Justin Matthewson are together responsible for designing and building the core of the processor, Groppi said. "Moreover, SESE astrophysics grad student Marko Neric will be working on both the engineering part and, later, the science from GUSTO."

GUSTO is coming at an appropriate time, Groppi said. Advances in detectors and in NASA's long-duration balloon capabilities make such an astronomical survey possible.

"To get data from previous Antarctic balloon experiments," Groppi said, "flights had to end when the winds at high altitude threatened to carry the balloon away from Antarctica. If we didn't halt a flight, we'd lose the instrument package and the data." Typical flights lasted 55 days or less.

"We don't have that problem anymore," he said. "We'll be sending GUSTO on a flight of at least 100 days, and we hope even longer." The key to a long flight is that GUSTO will send back its rough data via satellite links to the ground for processing and analysis.

And no longer confined to Antarctic airspace, the GUSTO balloon could drift away from the continent, over the open sea, as far as Australia. In fact, the project's astronomers would be quite happy if the balloon drifts even farther north, because that would let the telescope observe more of the northern reaches of the Milky Way and its clouds of gas and dust, which are mostly out of view from the southern hemisphere.

"We've been working on proposals to answer this science question since 2003," Groppi said. "We're all thrilled that we finally get to do it."

Top image: A team of researchers from ASU's School of Earth and Space Exploration will build a key component for a NASA science mission called GUSTO. The project aims to discover how interstellar material comes together to make clouds of gas and dust — like these in the Milky Way — that give birth to new stars and planetary systems. Image by NASA, ESA, and the Hubble Heritage Team

Kotoka Suzuki, assistant professor of music composition, won first prize for her composition “In Praise of Shadows” in the Musica Nova 2016 competition in the compositions for acoustic instrument/voice/ensemble and electroacoustic media.

“In Praise of Shadows” was inspired by Junichiro Tanizaki’s essay “In Praise of Shadows” (1933), written at the birth of the modern technological era in imperial Japan. The essay describes the ways in which shadows or emptiness are integral to traditional Japanese aesthetics in music, architecture and food, right down to the design of everyday objects. 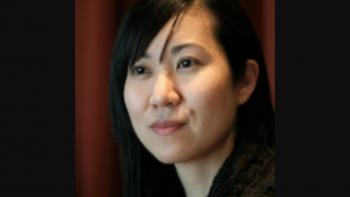 Suzuki is also a finalist for the same work in the Canadian Section of the International Society for Contemporary Music - World New Music Days 2017 competition, which takes place in Vancouver, British Columbia, Canada in November 2017.