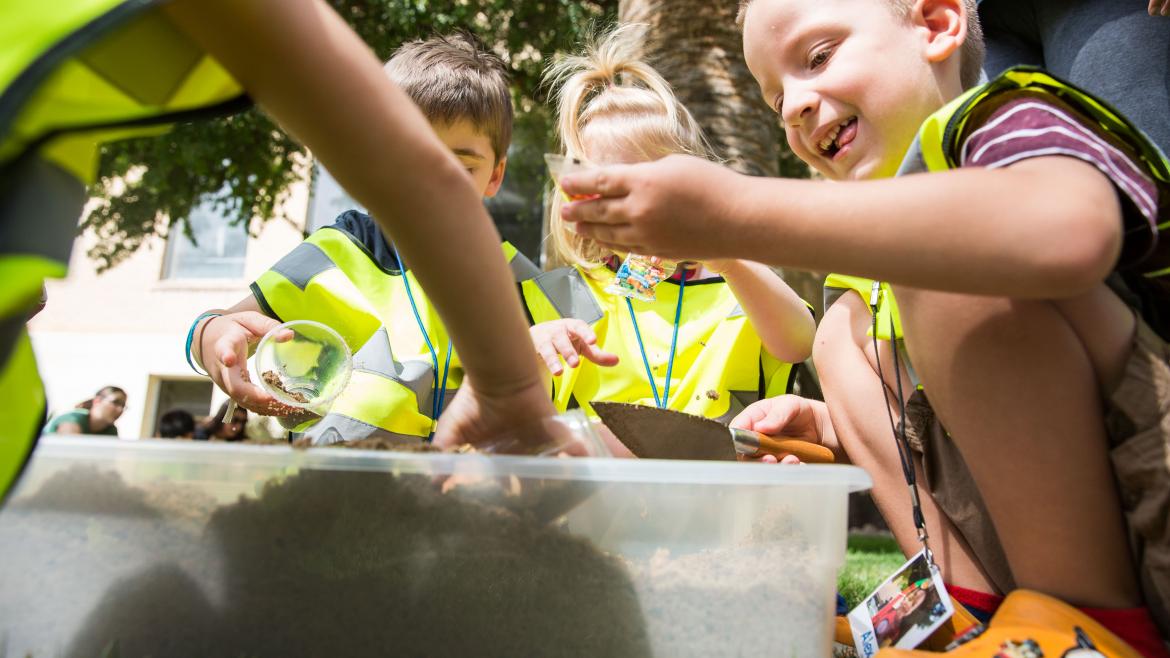 In an effort to get young kids excited about the field of archaeology, Arizona State University held its first-ever mock excavation exercise Monday on the front lawn of the School of Human Evolution and Social Change building on the Tempe campus.

Preschoolers from ASU’s Child Development Laboratory had the chance to feel different types of animal bones and listen to a book about woolly mammoths, in addition to everyone's favorite activity — digging through sand to search for bags of bone-shaped candy.

"I think the kids loved digging and exploring," said Kelly KnudsonKnudson is also an associate professor in the School of Human Evolution and Social Change., director of the ASU Center for Bioarchaeological Research. "At this age, they don't already know if they like science or not. Getting them to understand at such an early age what science is will help create more leaders in the science community and teach them that science can be fun."

A handful of student volunteers were also on hand to assist in everything from shuttling kids to the site of the dig to explaining what bones belong to which kind of animals.

"I think getting to do hands-on things with kids like this is exciting," said bioarchaeology graduate student Sofia Pacheco-Fores. "A lot of the time we'll take them on lab tours to show them what we're doing, but that's kind of abstract. Doing a fake dig or mock excavation is more real to them."

The excitement was visible all morning. Smiles crossed the preschoolers faces as they dug with both hands and trowels in search of a tasty treat, and the sound of laughter filled the air as they learned about prehistoric beasts.

For preschooler Mathias Knudson-Krantz, the opportunity to take home a bag of sugar made the day memorable.

"I love excavating for candy," he said through a wide grin. 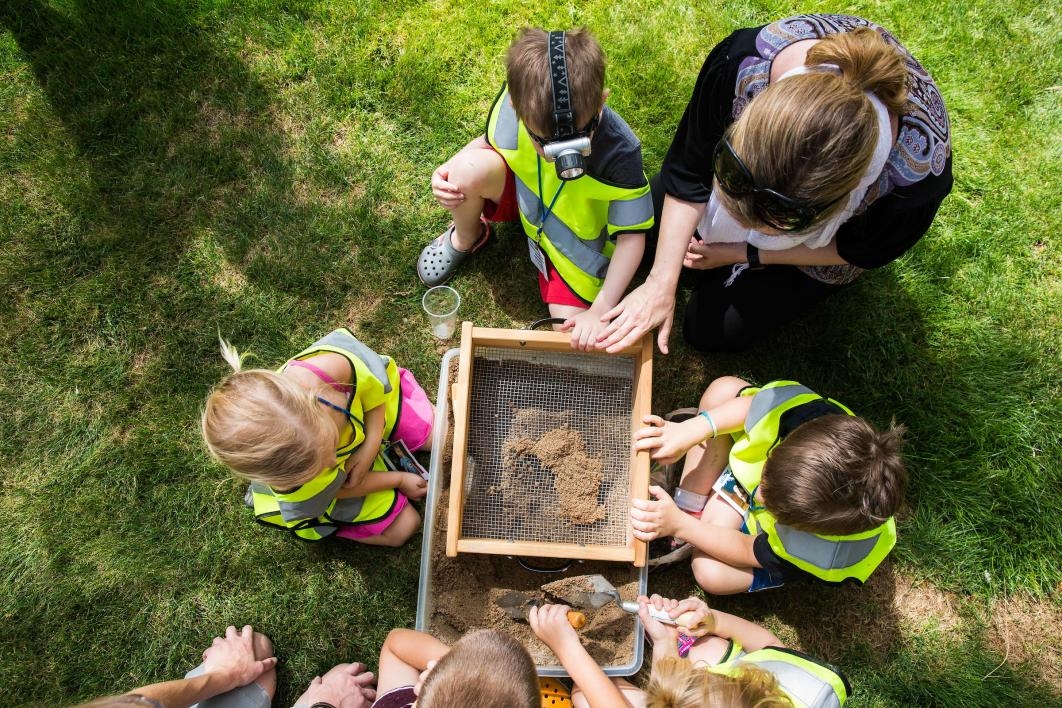 Associate Professor Kelly Knudson teaches preschoolers from the ASU Child Development Lab how to use a shaker screen during a dig for candy bones as they learn about archaeology April 17 on the Tempe campus. Knudson, director of the Center for Bioarchaeological Research, helped organize the dig to show the kids how fun science can be. 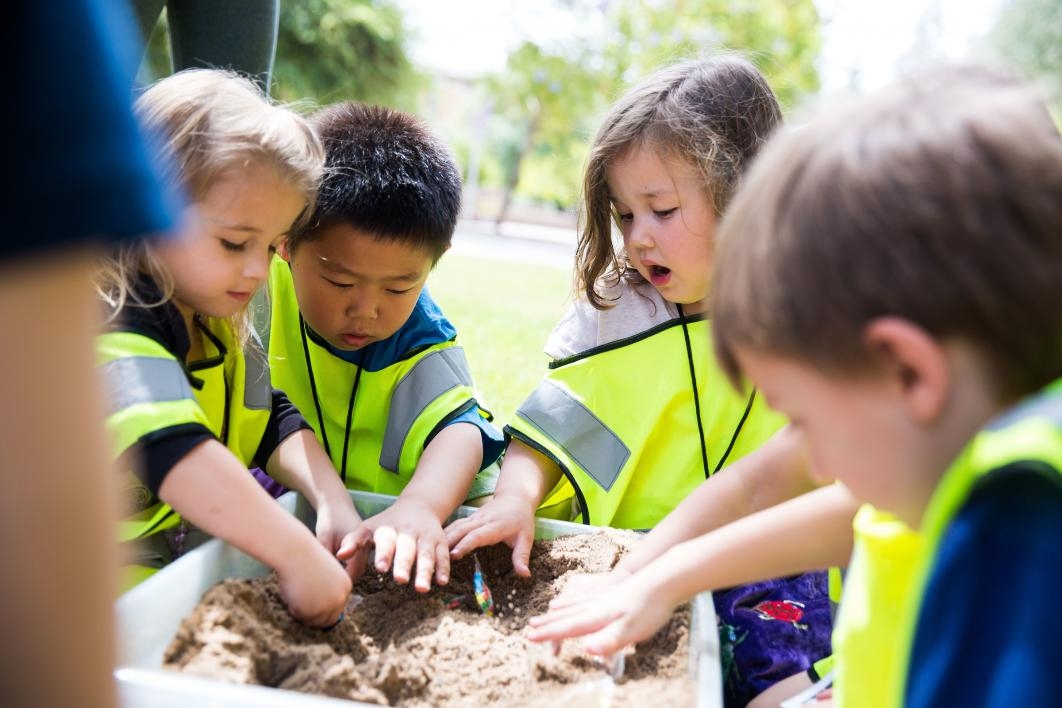 Maylin Hankinson-Miller, Kevin Yue and Zadie Miller dig for candy bones as they learn about archaeology in front of the School of Human Evolution and Social Change building. 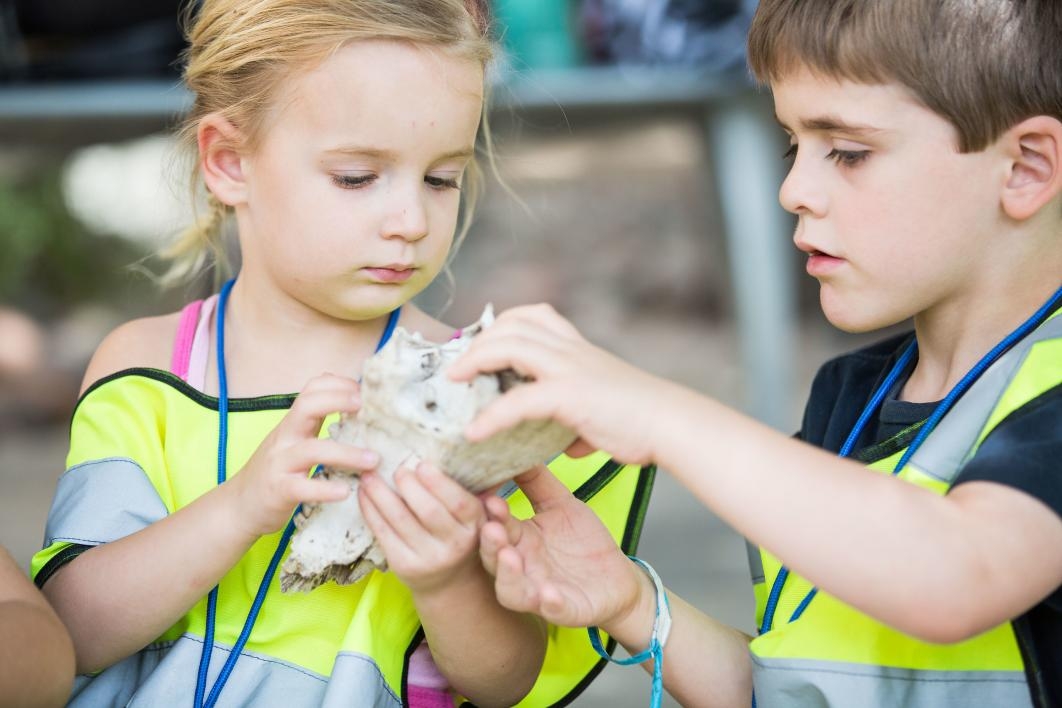 Aaron Fisher (right) passes along a canine jaw bone to Leila Hedquist on Monday morning on the Tempe campus. The group was made up of preschoolers from ASU’s Child Development Laboratory. 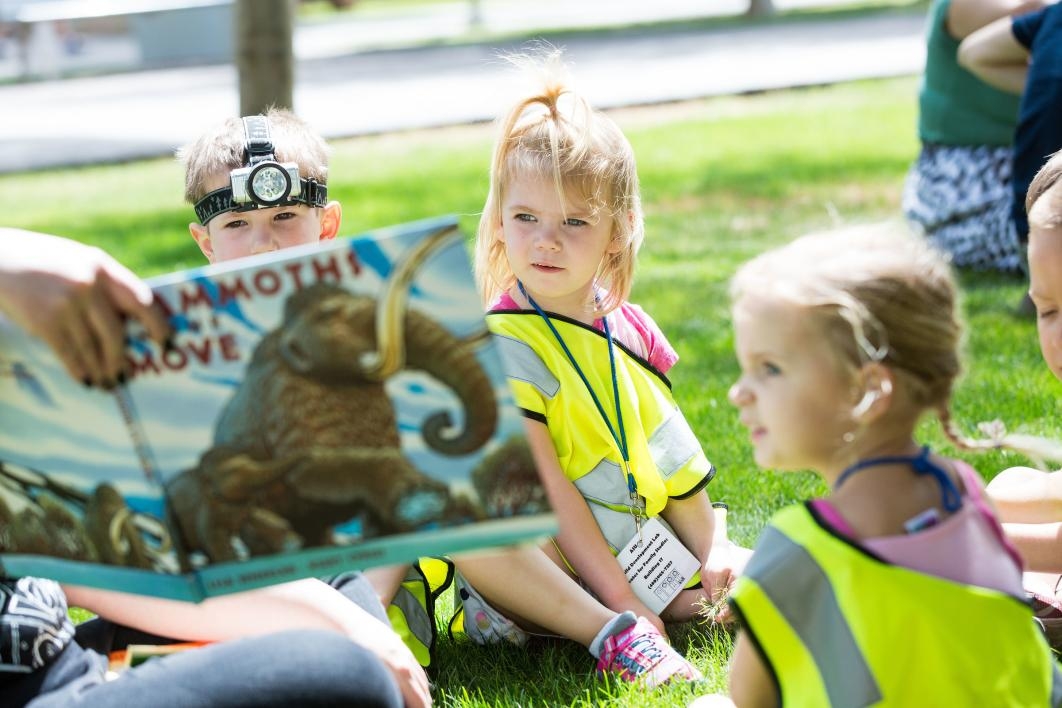 Zoe Malone (center) listens to a story about mammoths as part of an archaeology event in front of the School of Human Evolution and Social Change building.

Running an independent literary magazine and publishing house is a labor of love.So perhaps it’s no mistake that Four Chambers Press is named for the quadrants of the human heart and billed as “the heartbeat of independent literature in Phoenix.” Jake Friedman, the founder and editor-in-chief of Four Chambers, is using the small press to help the Phoenix literary scene flourish, because “... 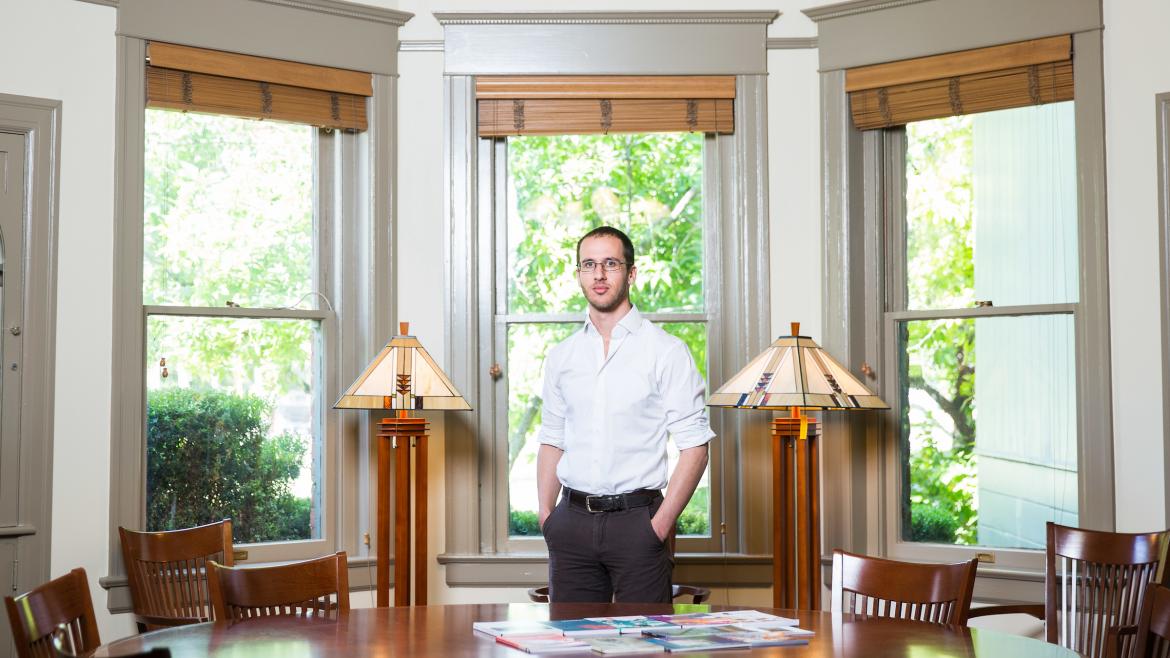 Running an independent literary magazine and publishing house is a labor of love.

So perhaps it’s no mistake that Four Chambers Press is named for the quadrants of the human heart and billed as “the heartbeat of independent literature in Phoenix.” Jake Friedman, the founder and editor-in-chief of Four Chambers, is using the small press to help the Phoenix literary scene flourish, because “much like loving another person, you see their potential and want to see them grow,” he said.

Four Chambers comprises a literary magazine, a publishing house and a series of events that bring together readers, poets, budding novelists, essayists, literary journalists, students, untrained writers and anyone who has a desire to connect with others through stories.

“Arts and culture generally bring people together,” said Friedman, who also works as a coordinator for ASU’s Virginia G. Piper Writer Center for Creative Writing. “Particularly literature, and particularly the workshop setting, where you’re spending a lot of time talking with people about their work and understanding them … that, to me, develops a really substantial relationship."

Friedman isn’t the only person on the all-volunteer staff with ASU ties. Several other core members of the Four Chambers team and an untold number of its volunteer army of dozens of lit lovers have taught or taken classes at the university.

Rosemarie Dombrowski — Phoenix’s inaugural poet laureate, an English lecturer in the College of Integrative Sciences and Arts and an editor at Four Chambers — has been involved with Four Chambers since it launched in 2013.

“I just felt like he had such a clear vision that was so community-oriented, coming from an authentic place of love for literature … and the community at large,” she said.

The magazine has given students and others a place to publish their first professional works. And the publishing arm has turned out several books a year, including poetry and short-story collections.

Among them is “Welcome Home: Poetry and Prose for Welcome Hospitality,” a collection of 12 poems and eight prose works that “bring light and sense to our relationship with Phoenix,” according to Kelsey Pinckney, managing editor of the lit mag, assistant director of the publishing arm and Community Advocacy and Social Policy undergraduate student at ASU.

Pinckney wrote the forward to the 2015 book, saying it “speaks to each of us in a different way, but the important thing is the fact that it speaks to us, and we get a chance to say something back — to say thank you, thank you so much, I love you, I don’t know what I would do without you.”

The organization also has been a driving force in bringing together the Phoenix literary scene, lending its manpower, resources and name to scores of events. Among them, “Get Lit,” a night of conversation and community inspired by 17th-century French literary and philosophical salons; Writing Group!, a workshop that gives writers a chance to get feedback on potential submissions; and public readings such as #WritersResist, a call to action for social justice through prose, poetry and essays.

For Friedman, his work is about bridging gaps and creating opportunities.

“We really identify as a community development organization,” Friedman said, adding that his group uses literature to achieve three main goals: to increase visibility, develop a more active community and encourage participation in the larger arts and culture scene across the Valley.