ASU's Tom Sugar explores the next step in wearable robotics

Editor's note: Click here to read how one of Professor Tom Sugar's robotics creations did on the trail as a hiker puts it to the test.

Robots don’t have to be our mortal enemy. In fact, some are designed to enhance human life, like helping overcome disabilities or helping humans perform their jobs. 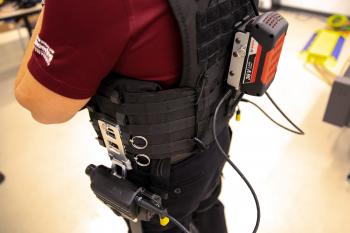 Tom Sugar, a professor in the Ira A. Fulton Schools of Engineering at ASU’s Polytechnic Campus, believes robots can improve the human condition. He has developed robotic prosthetics that help people lead normal lives, he has developed systems to cool a soldier and he is working on systems that can help humans perform their jobs.

The reason for the latter is not to take the job away, but to help the human work. For example, a warehouse worker can walk up to 18 miles per day just in doing his or her job, Sugar said. He has developed a device that could help that person.

On April 19–21, a large number of exoskeleton enthusiasts — those from industry, academia and government who are developing and marketing robotics you wear — will get together in Phoenix to talk about and show off some of their latest devices at WearRAcon17.

“Industry has talked to us about improving the quality of work, which can mean reducing fatigue or helping you work faster, but it can also mean reducing health-care costs,” Sugar said. “People are getting foot, shoulder or hip injuries by doing specific, repetitive tasks. If we can meld the ability of the human to make judgments, and change and solve problems, but then working directly with the machine to lift things and move things, we are making them more successful, more happy.”

One exoskeleton coming out of Sugar’s labs can help that warehouse worker beat fatigue. It is a lightweight (6.5 pounds total, including battery) device that you put on your back and strap to your legs.

“It works by giving you a push at the right time,” Sugar explained. “On your hips they assist the leg to go up into the air, and when your foot is on the ground they assist your leg pushing back to propel you forward. It reduces metabolic cost and fatigue. Most of the time, people walk 5 to 10 percent faster with the device.”

The beauty of the device is that even though it is strapped to you, it is not cumbersome.

“You don’t really notice it until you take it off; then you think, ‘I’m missing something,’” Sugar said. “That’s when you know you’ve got it right.”

WearRAcon17 will run from April 19 to 21 at the Hyatt Regency in Phoenix. Sugar and Joseph Hitt, of the Wearable Robotics Association, will host the show, and Sugar will make a presentation there as well.

Birds live longer in the city, but what does it mean for us?

Cities are slowing the pace of life for birds — and maybe humans.A visiting scientist at Arizona State University is investigating why some birds adapt so well to life in cities, and how urban living affects them.“I’m studying urbanization using birds as a model species to understand evolutionary processes that are triggered by cities popping up all over the world,” said Tuul Sepp, a postd... 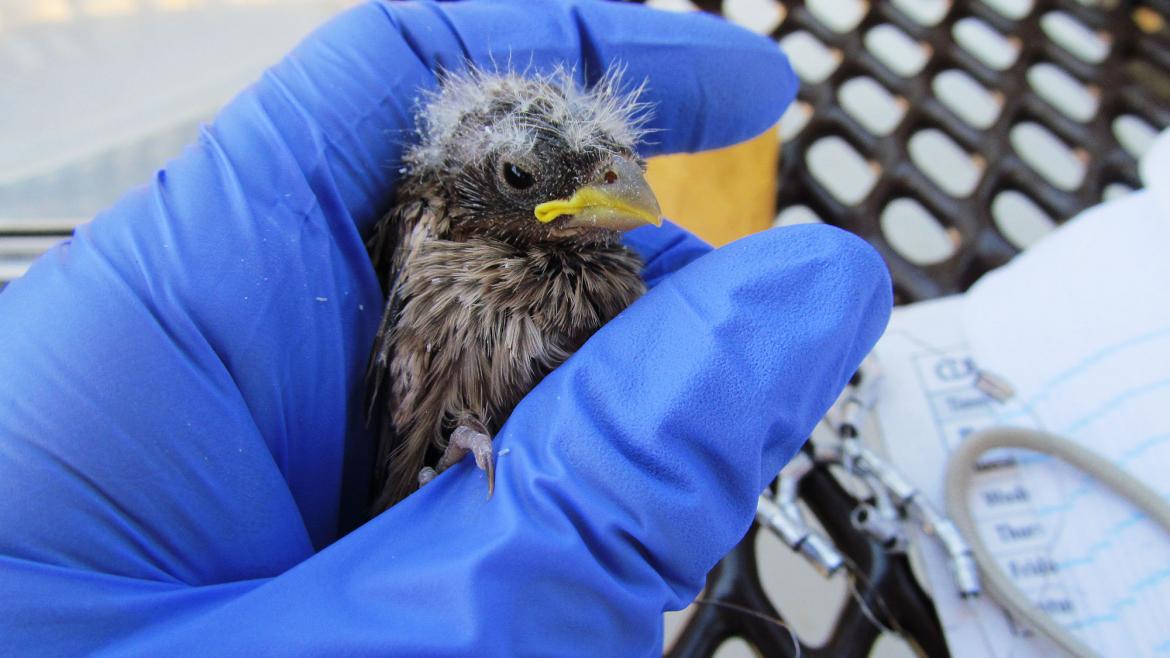 Birds live longer in the city, but what does it mean for us?

Cities are slowing the pace of life for birds — and maybe humans.

A visiting scientist at Arizona State University is investigating why some birds adapt so well to life in cities, and how urban living affects them.

“I’m studying urbanization using birds as a model species to understand evolutionary processes that are triggered by cities popping up all over the world,” said Tuul Sepp, a postdoctoral researcher visiting from Estonia.

Many species of birds don’t like urban environments and don’t adapt to them well. Other species thrive in cities. One of them is the house finch.

Sepp is studying what makes the house finch able to adapt to city life so well. Do urban and rural house finches differ? And, on a longer scale, what evolutionary changes might we expect to see as house finches continue to live in cities?

There are curious parallels between birds and what is observed in humans. Birds live longer in cities. They have better survival rates. The same is true for people; they have fewer accidents and better access to health care, for example. If cities make life easier, they can also induce other changes. Birds have fewer chicks in cities, for instance.

“This could be because they are living longer, and they know that they will have another chance,” Sepp said. “They don’t have to put out everything they have in the first breeding season.”

Rural people have more children than urban folks, too.

“Could it be because they’re expecting in an evolutionary sense an increased risk of dying?” she said. “That’s a speculative parallel I’m going on here.”

Urban birds have fewer parasites and invest less in feather coloration. More color shows off for potential mates, but it’s also an investment in reproduction, because they can’t use the pigments in their feathers for other body functions.

Putting all this together — longer life span, smaller reproductive success, increased investment in self-maintenance as opposed to reproduction, all happening in cities — is a novel theory.

Sepp is conducting the study out of Kevin McGraw’s lab. McGrawMcGraw is in the School of Life Sciences, which is part of the College of Liberal Arts and Sciences. is an integrative behavioral ecologist who studies the colors of birds to understand the costs, benefits and evolution of visual signals. He has been conducting a long-term study on urban impacts to birds since 2008.

Sepp’s study is funded by the European Commission's Horizon 2020 project, a European Union research and innovation program that supports basic and applied research and development and technological innovation across a wide range of disciplines.

Top photo: Tuul Sepp, a postdoctoral researcher visiting from Estonia, studies house finches like this nestling from her nest box at South Mountain Park in Phoenix. She says cities appear to be slowing the life of the house finches she has observed. It could be true of humans, too, she said. Photo courtesy of Tuul Sepp/ASU