Jason Schupbach, one of the founding leaders of the national creative placemaking movement and the person charged with representing all of the design disciplines at the federal level, will join Arizona State University's Herberger Institute for Design and the Arts as the new director of The Design School.

Creative placemaking is “a relatively new name for a very long practice of supporting the role of design and the arts in making great communities,” Schupbach said. It's what happens when designers and artists work with community-development groups to make arts and culture a player in community revitalization — making design and the arts as much a part of the conversation as transportation, housing, land use and public-safety strategies. 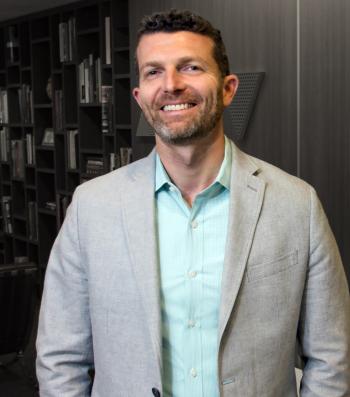 Jason Schupbach, director of design and creative placemaking programs for the National Endowment for the Arts, will lead the Design School at ASU. Download Full Image

Schupbach, who will start at ASU on July 3, currently serves as the director of design and creative placemaking programs for the National Endowment for the Arts, where he oversees grantmaking and partnerships, including Our Town and Art Works grants, the Mayor’s Institute on City Design, the Citizens’ Institute on Rural Design and the NEA’s federal agency collaborations related to community development.

“We’re eager to have a leader like Jason, who can really drive design and design thinking across the university and in our communities and cities,” said Mark Searle, executive vice president and university provost at ASU.

“His creative insights, combined with his commitment to collaboration with tech and creative businesses, government and education, will advance the university’s connections with national and international partners in interdisciplinary research, community development and new models for teaching.”

Schupbach said he’s looking forward to getting to know the community, culture and environment of Arizona.

“I am enormously honored to be joining the Design School at the Herberger Institute,” Schupbach said. “ASU's reputation as a place that is on the cutting edge of experimentation with higher education makes it an amazing platform for growing the next generation of designers. I'm very excited to work with the students, faculty and the local design community to grow design's innovative ability to address issues pertinent to ASU, Arizona and the world. Together, we will build the next great American design school at the 'New American University,' a school that at its core is equitable, relevant and collaborative."

Schupbach has spent much of his life working to improve the infrastructure and support that creative people need in order to help them succeed. Of his position at the NEA, he said that “every day I got to ask myself: How I can make life better for designers, and how can I make American design better?”

Before taking the position at the NEA, Schupbach was the creative economy director under the governor of Massachusetts, tasked with growing creative and tech businesses in the state and coordinating efforts that leverage the power of design for the good of economic development. He also served as the director of ArtistLink, a Ford Foundation-funded initiative to stabilize and revitalize communities through the creation of affordable space and innovative environments for creatives. In addition, he has worked for the mayor of Chicago and New York City’s Department of Cultural Affairs.

Schupbach holds a BS in public health from the University of North Carolina and a master's degree in city planning with an urban design certificate from the Massachusetts Institute of Technology, and he has written extensively on the role of design and the arts in making better communities.

“Jason has a broad interdisciplinary approach to design, as well as a long history of thinking about design and cities,” said Herberger Institute Dean Steven J. Tepper. “Last May, President Crow tasked me with recruiting a big-time design leader, someone who could take our talented faculty and students to new heights of impact and visibility. Jason is that person, and we are thrilled that he will bring his talents and connections to ASU. Moreover, as we build our national work in creative placemaking across the university, Jason’s experience as one of the founding leaders of the movement will solidify ASU’s growing reputation in design and arts-led community development.”

Every day, Arizona State University students, advisers and organizations are committed to making a positive impact through service, leadership and Sun Devil spirit. On April 12, the maroon carpet was rolled out at the sixth annual ASU Pitchfork Awards to celebrate and congratulate distinguished Devils on their efforts and successes.If you can think of a challenge, ASU students are working to cre...

Every day, Arizona State University students, advisers and organizations are committed to making a positive impact through service, leadership and Sun Devil spirit. On April 12, the maroon carpet was rolled out at the sixth annual ASU Pitchfork Awards to celebrate and congratulate distinguished Devils on their efforts and successes.

If you can think of a challenge, ASU students are working to create a solution. 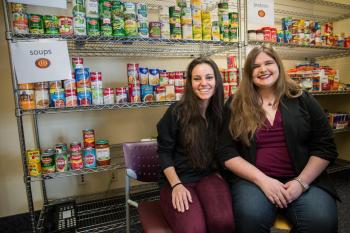 Taking home the Changemaker Award for Social Change was Pitchfork Pantry, an organization that provides free food to students in need and educates the surrounding area about hunger. Pitchfork Pantry also won the Most Promising New Student Organization award.

The 2016 International Night, presented by the Coalition of International Students (CIS), captured the Best Program Celebrating Campus Diversity, Best Entertainment Program (over 500 attendees) and Best Cultural Program awards. ASU’s largest cultural festival, International Night annually brings Sun Devils from around the world together to showcase their culture through music, dance and cuisine while raising awareness and appreciation of the many cultures students bring to the ASU community.

For more information about the awards, visit the Pitchfork Awards website at eoss.asu.edu/pitchforkawards.