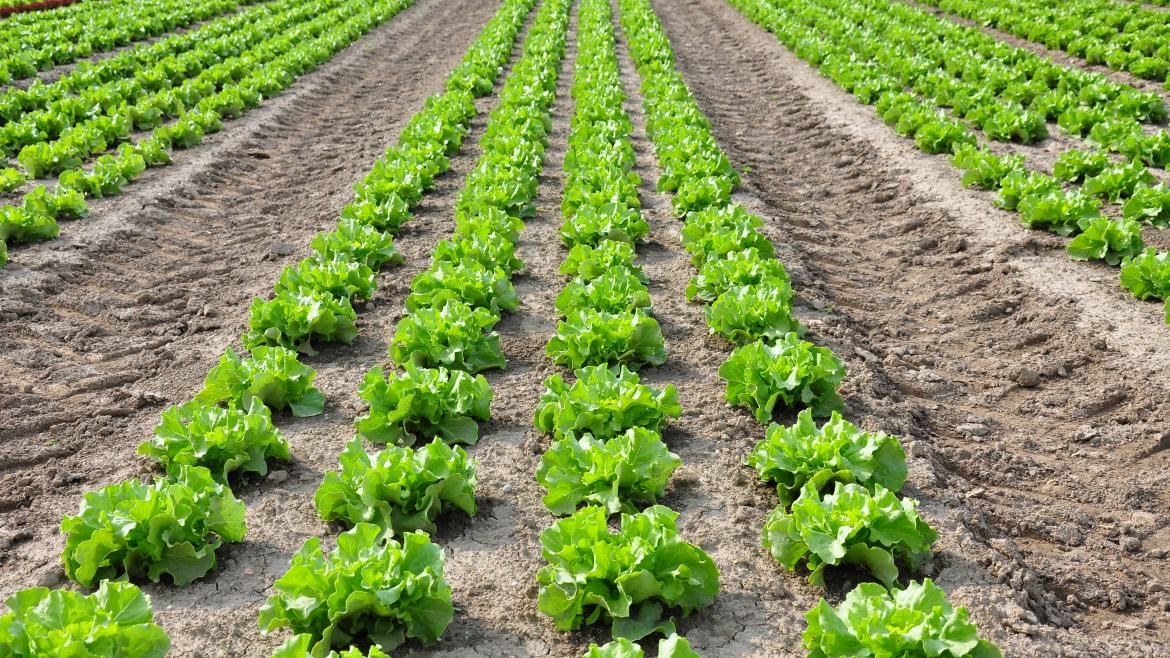 With the world waiting for President Donald Trump’s executive order on climate change, an Arizona State University study on Arizona agriculture shows the potential effect of a warming planet on the state and the region by examining the food-energy-water nexus.

Disruptions from temperature increases could drop crop yields, require more irrigation and cause ripples, including increased food prices, throughout the Southwest, according to the paper from Andrew Berardy and Mikhail Chester of the Julie Ann Wrigley Global Institute of Sustainability at ASU.

“One of the main things to take away from this is there’s a connection between energy and water in agriculture, and that connection is vulnerable to climate change,” said Berardy, who focuses on sustainable food systems.

“As temperatures increase,” he said, “as there’s more variability in rainfall, and less rainfall overall, these things are going to have cascading impacts, not only impacting farms and agriculture and our food system in general, but the energy and water systems that supply the necessities to grow food.”

Trump’s upcoming order could include changes to power-plant emissions standards that he has said are excessive. Opponents worry that without such protections in place, the U.S. would not reduce its carbon footprint.

Disruptions would be felt locally and across the Southwest, including California, Nevada and Texas, affecting food supply chains to several major U.S. cities, the research shows.

Tucson gets all of its live animals and fish from within the state. It also gets the overwhelming majority of its “other agricultural products” and foodstuffs from Arizona. Phoenix, meanwhile, gets nearly 90 percent of “other agricultural products,” nearly three-quarters of its animal feed, and more than half of its cereal grains, foodstuffs and live animals from within the state.

Los Angeles receives nearly a quarter of its live animals from Arizona.

San Diego gets 14 percent of its animal feed from the Grand Canyon State.

El Paso takes 25 percent of foods other than animal products, feed and milled grains from Arizona.

But more than anything else, Arizona ships food — mostly lettuce — to states as far-flung as Washington state and Massachusetts.

Shocks and strains on energy and water production and their delivery systems could result in failures that cascade down to food systems. Failures in one system could easily spread to another.

“That’s one of the things we wanted to capture: what the actual consequences of any reduction in Arizona agriculture would be,” Berardy said.

Berardy and Chester analyzed public data that show different modes of freight and what types of goods are going across state lines. They also studied the threshold temperatures of crops, U.S. Department of Agriculture and U.S. Geological Survey data, Arizona crop budgets and region-specific literature.

“We definitely were surprised at how much California and Texas and some other states depend on Arizona’s agricultural output,” Berardy said.

It’s going to be more complicated than just the price of food skyrocketing. Land used for fodder production, like alfalfa, might be shifted to other crops.

“The shifts are going to be felt first in livestock, in the price of meat and dairy, because the effect of the temperature increase will be felt there first,” Berardy said. “If these impacts are happening in Arizona, they’re going to be found in other states, too. That will have a compounding effect.”

Other studies have looked at one crop, or the effect of temperature increase on its own. This study came from a holistic approach to get a more realistic look at what might happen.

Smaller farms might not be able to afford a switch to drip irrigation. Larger farms might already have a pricey sprinkler system in place they don’t want to replace. Only about half of Arizona farms with flood-irrigation systems engage in any kind of water conservation, according to the study.

“You can change any one component of it, and it has cascading effects downstream,” Berardy said. “No matter what you change, it’s going to change something else too.”

Double the wonder: ASU artists' collective chosen for two of the top art exhibitions in the world

In the contemporary art world, exhibitions don’t get much more esteemed than the Whitney Biennial and documenta. Over the course of an artist’s career, it’s an honor to be included in one; in both, overwhelming. But both in the same year? That’s the stuff of “art fantasy,” said ASU alum Cristóbal Martínez.“It’s like being invited to plug your idea into an amplifier,” he sai...

Double the wonder: ASU artists' collective chosen for two of the top art exhibitions in the world

To be in either the Whitney Biennial or documenta is an honor; to be in both? That’s the stuff of “art fantasy,” alum says

In the contemporary art world, exhibitions don’t get much more esteemed than the Whitney Biennial and documenta.

Over the course of an artist’s career, it’s an honor to be included in one; in both, overwhelming. But both in the same year? That’s the stuff of “art fantasy,” said ASU alum Cristóbal Martínez.

“It’s like being invited to plug your idea into an amplifier,” he said.

Martínez is one third of the indigenous arts collective Postcommodity, formed in 2007 “to look at indigenous narratives of self-determination” and use them as "a place of creativity and a means of sharing knowledge systems," in the words of member and co-founder Kade L. Twist, also an ASU alum.

The Whitney Biennial is “so important for American discourse,” Twist said. “And to have your contributions included in that is a very heavy experience. … It’s one of most gratifying moments of my creative life.”

He adds that to be included in documenta in the same year is “crazy.”

In addition, the group opened a solo exhibition March 25 in New York City, commissioned by Art in General. Titled “Coyotaje,” the exhibition continues Postcommodity’s ongoing investigation into the military and economic life of the U.S.-Mexico borderlands, this time highlighting the complex dynamics among U.S. Border Patrol, the communities living in the San Pedro River Valley region and individuals moving across the border. The show runs through June 3.

For documenta, an exhibition of contemporary art based in Kassel, Germany, that takes place every five years, Postcommodity is installing a piece in Athens, Greece, that interacts with the archeological site of the philosopher Aristotle’s Lyceum, or school. The foundations of the school were discovered in an Athens park in 1996.

“This is the first time a work of contemporary art has been allowed to dialogue with an ancient Greet heritage site,” Martínez said.

Titled “The Ears Between Worlds Are Always Speaking,” the piece is centered around walking, Martínez explained, and Aristotle’s idea of a peripatetic, or walking, classroom. The work itself is a long-form, two-channel opera projected onto the ancient ruins by two long-range acoustic devices mounted on rooftops around the site’s periphery. “Movement takes the form of sound” is how the documenta organizers describe it. They go on to say, “Transmitted through highly precise military-grade speakers, stories of forced displacement, imposed journeys, and transformation are broadcast—sometimes sung, sometimes spoken, and at times merely indicated by silence.” The piece will be up April 8 through July 16.

Heather Sealy Lineberry, interim director and senior curator for the ASU Art Museum, said that Postcommodity’s work in the 10 years since the group’s inception has been “increasingly ambitious, site specific, performance based, technology based, always grounded in indigenous perspectives and concerns, and conceived in a deeply collaborative practice.”

“It is no surprise that their work is now central to some of the highest profile art museums and exhibitions around the world,” she said. “I have learned so much from working with them.”

“Their installation 'Native Confluence: Sustaining Cultures' was a simple yet profound gesture of cutting a hole in the gallery floor, revealing the earth and its indigenous history, and questioning the narrow Western perspective of sustainability science,” she said.

The group’s monumental project on the border, “Repellent Fence,” further cemented Postcommodity’s international reputation, Sealy Lineberry said, and “extended their collaborative methods to working with the complex web of social and political bodies spanning the U.S. Mexico border and, once again, brought to broader attention and understanding indigenous histories and current realities.”

A new documentary, “Through the Repellent Fence: A Land Art Film,” follows the artists at work along the U.S./Mexico border. The film's first Arizona screening is Saturday, April 22, at the Scottsdale Museum of Contemporary Art.

News about Postcommodity in the Whitney Biennial:

Creativity School of Arts, Media and Engineering School of Art Herberger Institute for Design and the Arts Department of English Arts Alumni