ASU Art Museum is the recipient of a two-year, $330,000 grant from the Windgate Charitable Foundation in support of the establishment of the Windgate Contemporary Craft Initiative. This gift will support a series of contemporary craft exhibitions, visiting artists and scholars, new acquisitions, conservation, public and university programs and student awards in contemporary craft.

ASU Art Museum has a long-standing commitment to this particular area of interest. 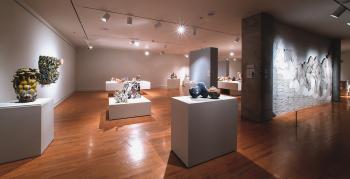 “The museum was one of the first in the United States to present craft exhibitions and programs in the broader context of a contemporary art museum within a major research university. Since the 1950s, we have been a major force in contemporary craft through collecting, commissioning artists, contributing to the scholarly dialogue and presenting public exhibitions,” said Heather Sealy Lineberry, senior curator and interim director. “This generous support from the Windgate Charitable Foundation will allow for sustained, substantive contributions to the American contemporary craft scene, impacting artists, scholars, students and communities.”

The initiative includes exhibitions that will help to further discovery and dialogue in the field and will actively advance awareness of contemporary craft to a broad range of audiences. The fellows program will bring curators, scholars and practitioners to the museum and university to engage in innovative research, writing, teaching and curating on contemporary craft.

Collaborating with museum staff, School of Art faculty and community members, fellows will participate in classroom instruction, public presentations and workshops, and informal mentoring and critiques for students. In addition, fellows will go on to distribute their experiences and enhanced knowledge through their subsequent positions and roles across the country.

Finally, the museum’s International Artist Residency Program will provide contemporary craft artists with space and support to develop new bodies of work. The university context for this initiative allows for deep collaborations with faculty and students and impact on the next generation of artists.

ASU Art Museum’s relationship with the Windgate Charitable Foundation has been strong for well over 20 years prior to this current gift. The foundation has supported several museum exhibitions, ranging from “Turned Wood Now: Redefining the Lathe-Turned Object” (1997) to the recent “Wayne Higby: Infinite Place” (2013) and “Crafting a Continuum: Rethinking Contemporary Craft” (2013). Also in 2013, support from the Windgate Charitable Foundation made possible the museum’s symposium “FlashBackForward: Rethinking Craft,” which explored critical issues facing contemporary craft locally, nationally and internationally.

The Windgate Charitable Foundation has also supported paid curatorial internships at ASU Art Museum since January 2005. ASU student interns are integrated into departments across the museum, working alongside the museum’s staff and mentoring in museum professional practice and research. After their graduation, many have become staff members at museums across the country including the Art Institute of Chicago, the Boise Art Museum and the Phoenix Art Museum.

Editor's note: This story is being highlighted in ASU Now's year in review. To read more top stories from 2017, click here.“Who’s a good dog? You are, aren’t you? Yes, you’re the best dog that ever was.”But is he really a good dog? Can you really tell when you’re doing a meet-and-greet in the shelter? Is that how he’s going to be when you take him home? Are you getting Lassie or the ... 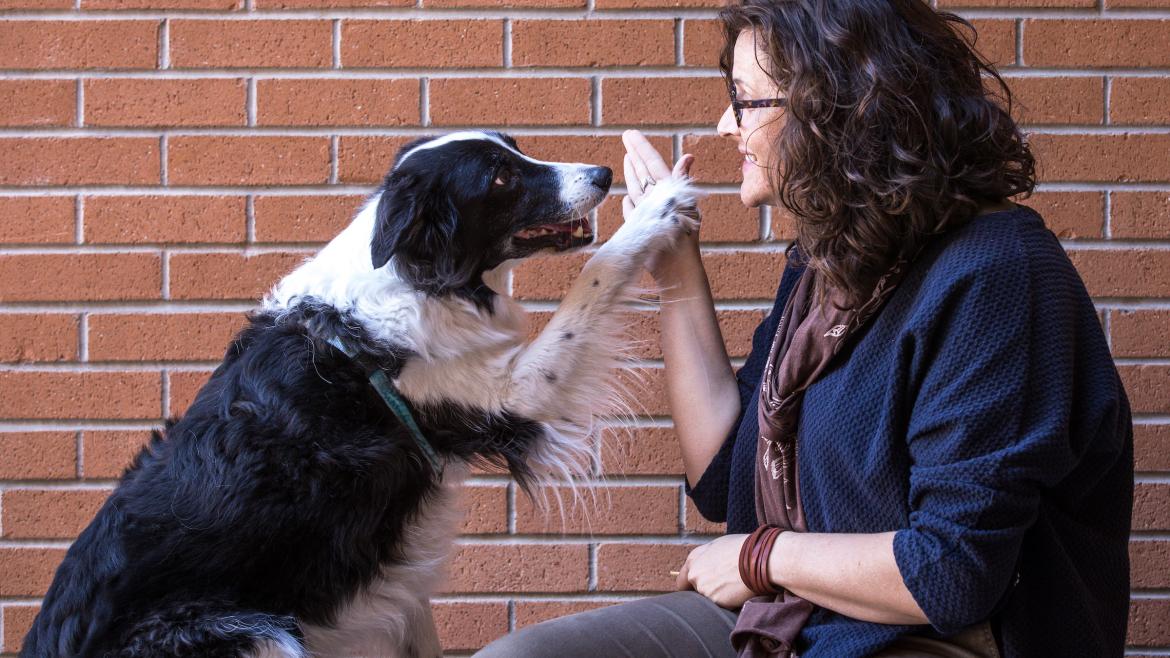 But is he really a good dog? Can you really tell when you’re doing a meet-and-greet in the shelter? Is that how he’s going to be when you take him home? Are you getting Lassie or the Hound of the Baskervilles?

These were the sorts of questions that led to a study done by an Arizona State University researcher.

Lisa Gunter, a doctoral candidate studying behavioral neuroscience at the Canine Science Collaboratory in the Department of Psychology, began the project as a pilot study at Best Friends Animal Sanctuary in Kanab, Utah, the largest no-kill shelter in the country. About 1,600 dogs and cats live there, visited by about 30,000 people per year. It’s a popular vacation destination for pet lovers. People come and take weeklong “volunteer vacations.”

Gunter looked at the sleepover program offered by Best Friends, where visitors can take a dog back to their hotel room for the night.

The question she had was this: Is their behavior on the sleepover predictive?

“We wanted to see how one night out of the shelter would impact the dogs,” Gunter said. “Is that what someone will see in their house? … That has been a challenge in sheltering.”

“We saw one night out significantly reduced their cortisol,” Gunter said. “When they returned the next day, it was the same. We knew it at least dropped for one night.”

“We’re trying to get more at the dog’s welfare, how they’re feeling on a larger timescale, not just 10 or 15 minutes,” Gunter said. “When we saw the cortisol had significantly reduced on just one overnight, that was pretty exciting. We didn’t imagine that just one night out would make a difference.”

Anecdotally, people who took a dog home for a sleepover reported that after the dog settled down, it would immediately go for a long sleep.

“Is sleep potentially a component to their welfare?” she said. “Getting good, uninterrupted sleep could benefit them as well. That could be one mechanism by which we’re seeing this reduction in cortisol. The dogs are getting a good night’s sleep. That’s something they can’t get at the shelter because they have a lot of noisy neighbors.”

Gunter has been carrying out the study in collaboration with a researcher at Carroll College in Helena, Montana. They were recently awarded a grant to carry out this study at four shelters across the U.S. Instead of a one-day baseline, they’ll be collecting a two-day sample.

Shelters are constantly looking for ways to get animals into homes.

They’ve found two behaviors that people respond to: when the dog lies down next to the person and whether the dog responded to an invitation to play.

“We’re a behavior and cognition lab, so we really try to understand what the animal is experiencing by looking at its behavior,” Gunter said. “Until the time we can have a conversation with them, for now we’re left with observing their behavior. We’re essentially detectives, trying to gather the information to have our best understanding of what the dog is experiencing. It’s the best we can do, without being dogs.”

Top photo: Lisa Gunter plays with her 11-year-old rescued border collie Sonya outside the Psychology building on ASU's Tempe campus. Gunter, a doctoral candidate studying behavioral neuroscience at the Canine Science Collaboratory in the Department of Psychology, found that shelter dogs benefit from sleepover programs like the one offered at at Best Friends Animal Sanctuary in Kanab, Utah, the nation's largest no-kill animal shelter. Photo by Charlie Leight/ASU Now