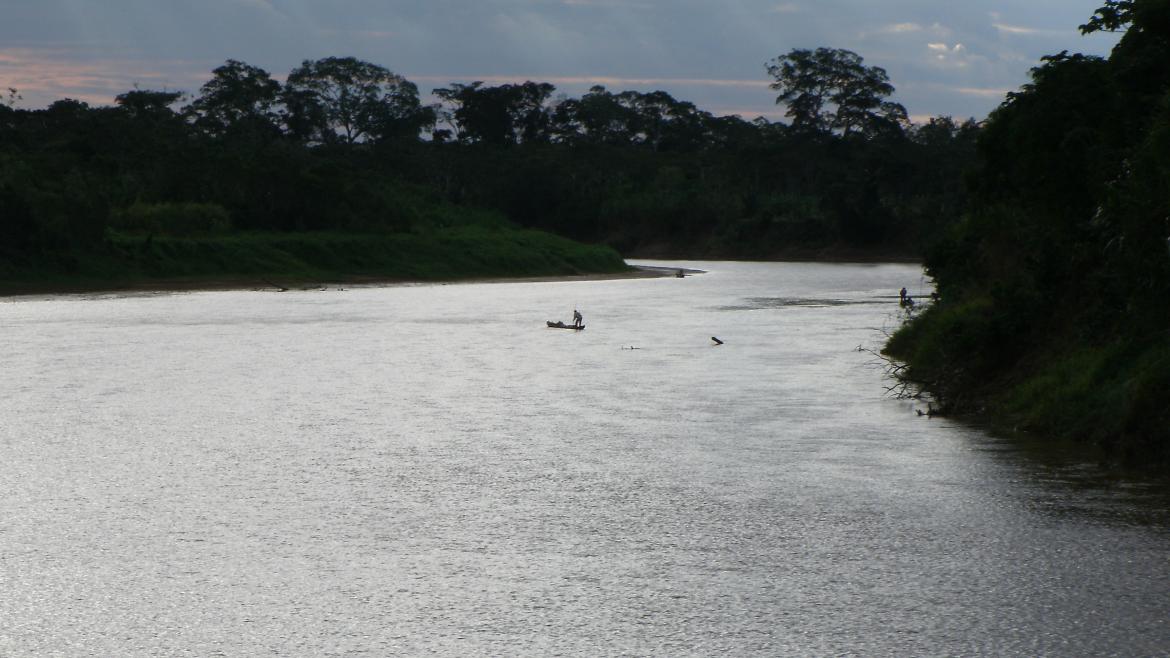 Despite meat-heavy diet, indigenous tribe has world’s healthiest hearts — but why?

Researchers have discovered that despite meat-heavy diets, low levels of good cholesterol and high levels of inflammation, an indigenous South American tribe has the healthiest hearts ever examined — and it might have something to do with parasites in the gut.

“It’s kind of an exciting paper,” said Ben Trumble, co-director of the study and an assistant professor in the School of Human Evolution and Social Change at Arizona State University and affiliated faculty in the Center for Evolution and Medicine, “because for a long time we thought pre-industrial groups had lower levels of heart disease. The Tsimane have the lowest levels of plaque in their coronary arteries that we’ve ever seen.”

An 80-year-old Tsimane has heart arteries equal to a 50-year-old American, scientists discovered.

“One of the key things about this study is we’ve always thought populations living these traditional lifestyles had low risk factors,” Trumble said, “but we were never able to show before that they actually did have these very low levels of atherosclerosis. This is the first time it’s been shown.”

About 90 percent of the Tsimane people’s food comes from hunting, fishing, foraging, and farming. Until two years ago, none of their communities had electricity. None have running water. They live in the Bolivian Amazon with relatively low contact with the rest of Bolivia. Most still speak their traditional language. It takes days to get from villages to towns.

They eat about the same amount of meat that Americans do, but it’s much leaner, coming from wild animals. The average hunt for a Tsimane man takes five to six hours and ranges up to 10 miles.

But another potential factor for a healthy heart is perhaps surprising: Tsimane have a high parasite -pathogen load.

More than two thirds of Tsimane adults have intestinal ailments, according to Trumble. About 30 percent also have giardia on top of that. 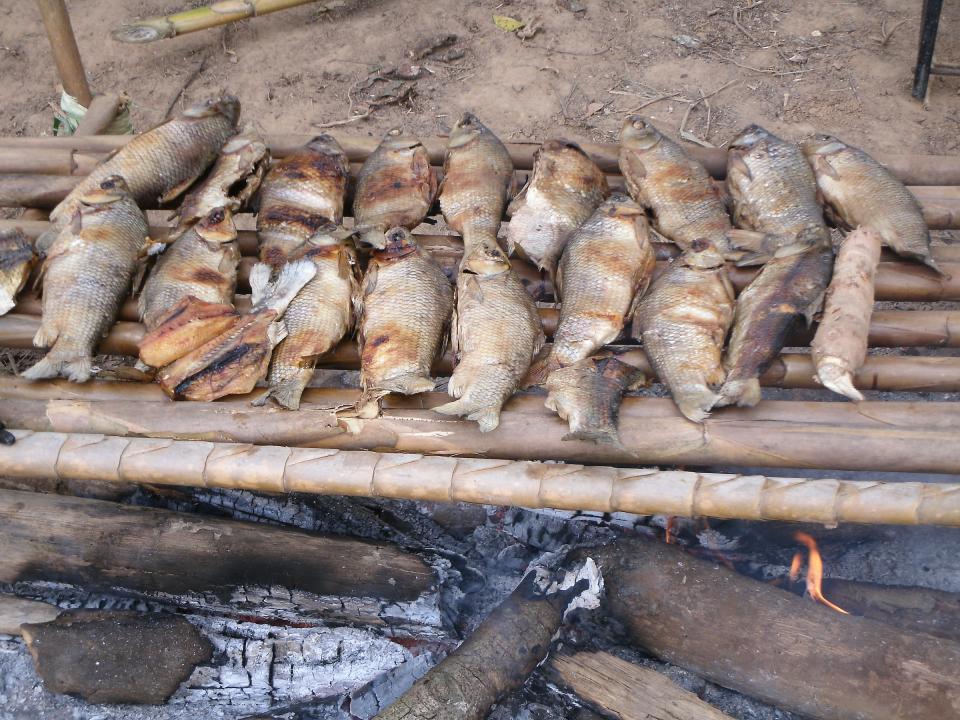 Smoking fish over a fire. Ninety percent of the Tsimane people’s food comes from hunting, fishing, foraging, and farming. Photo by Ben Trumble

“That creates a really big burden because intestinal parasites eat the food we eat before we can absorb it, or they’re tapping into our blood streams, stealing the (fats) from our blood, stealing calories,” he said.

Some combination of diet, physical activity and the immune system are working together to prevent heart disease, but researchers aren’t sure how they connect.

The Tsimane have high rates of inflammation, stemming from high exposure to the pathogens and parasites, but not obesity.

“That’s what makes this population really interesting to study,” Trumble said. “You could say, ‘Oh, they get four to seven hours of activity per day, and they’re not eating cheeseburgers, so of course they’re not going to get heart disease.’ But the thing that makes this population really interesting is that they have such levels of inflammation. We’ve always thought of inflammation as this major cause of heart disease. They’re just getting it from a different source, and it’s not having any effect at all.”

If you’re reading this with a kale smoothie before your morning run and wondering if it all makes a difference, co-author Michael Gurven of the University of California - Santa Barbara Anthropology Department said you’re doing the right thing — but the Tsimane still have medical issues.

“While the active lifestyle, lean diet, minimal obesity and smoking are all consistent with having a healthy heart, (the) Tsimane also experience high levels of inflammation and low levels of 'good cholesterol,’” Gurven said in an email interview. “Given this combination of factors consistent with both low and high risk, it is remarkable that the Tsimane have such low levels of coronary artery disease.”

“Curiously, prior work measuring biological age based on immune cell parameters showed that Tsimane were biologically "older" than their age — that their immune systems are not up to par,” Gurven said. “This is fascinating because it shows that different biological systems may age at different rates — and indeed, the majority of older adult deaths are due to infectious disease, and rarely (if at all) from coronary artery disease.”

There are 16,000 Tsimane living in 95 communities, with between 30 to 500 in each village. The population is mainly children. Tsimane women average about nine children each.

“One thing I think a lot of people get confused is that there’s this idea that life was nasty, brutish and short, and with life expectancies in the 40s and 50s, people were going to die before they got heart disease anyway,” Trumble said.

There’s a big problem with that, however: the way life expectancies are calculated. Life expectancy at birth in a hunter-gatherer population is in the 30- to 40-year range, because of high infant mortality.

“For the average Tsimane who makes it to age 15, the modal age of death is 70,” Trumble said. “They’re living just as long as we are,” but their rates of heart disease are far, far lower.

The study was published Friday in The Lancet.

For the seventh time in nine years, an Arizona State University student from the Walter Cronkite School of Journalism and Mass Communication is among the winners of the Scripps Howard Foundation’s Roy W. Howard National Collegiate Reporting Competition.Cronkite junior Olivia Richard was one of nine journalism students across the country to win the prestigious honor, which includes a nine-day rep...

For the seventh time in nine years, an Arizona State University student from the Walter Cronkite School of Journalism and Mass Communication is among the winners of the Scripps Howard Foundation’s Roy W. Howard National Collegiate Reporting Competition.

Cronkite junior Olivia Richard was one of nine journalism students across the country to win the prestigious honor, which includes a nine-day reporting trip to Japan. Since 2008, Cronkite students have won the award seven times, the most by any journalism program in the country. 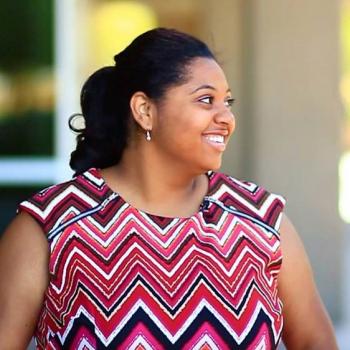 Cronkite School student Olivia Richard is heading to Japan in May after being named among the winners of the Scripps Howard Foundation’s Roy W. Howard National Collegiate Reporting Competition. Download Full Image

At the Cronkite School, Richard has covered the Summer Olympics in Rio de Janeiro, the 2016 presidential election and the Special Olympics World Games. She also has interned with NBC News in Los Angeles and with several Arizona news outlets, including NPR member station KJZZ, CW6 and Arizona Capitol Television.

“For me, winning the Roy W. Howard Competition is a testament to both the people whose stories I was able to tell and to the incredible teachers and mentors I've had at Cronkite,” Richard said. “The skills I've learned and developed at the Cronkite School have given me confidence in myself as a reporter and the skills to take risks with stories and my career.”

The all-expenses-paid trip begins May 11 and includes excursions to Kobe, Kyoto and Osaka in Japan. The trip also includes visits to Tokyo as well as Hiroshima to tour the Hiroshima Peace Memorial Museum and Park, dedicated to documenting the first atomic bombing.

As in previous years, the nine winner were chosen based on the quality of their journalistic work, an essay about their interest in international affairs and letters of recommendation.

“Olivia is an outstanding, enthusiastic broadcast journalist who is making an impact as a student,” said Christopher Callahan, dean of the Cronkite School. “To be among the winners of the Roy W. Howard Competition is a tremendous accomplishment. We are thrilled that she will be representing the Cronkite School in Japan.”

The competition, established in 1984 in cooperation with Indiana University Media School, honors the memory of the journalist who led Scripps Howard Newspapers from 1922‐1953 and United Press from 1912‐1920. This is the 12th year the Scripps Howard Foundation has sponsored the study tour to Japan, a country Howard visited several times as a journalist.

“The Scripps Howard Foundation develops the next generation of leaders in journalism through programs such as the Roy Howard National Collegiate Reporting Competition,” said Liz Carter, president and CEO of the Scripps Howard Foundation. “This year’s winning applicants represent some of the most talented future journalists, and we look forward to their contributions to the industry.”