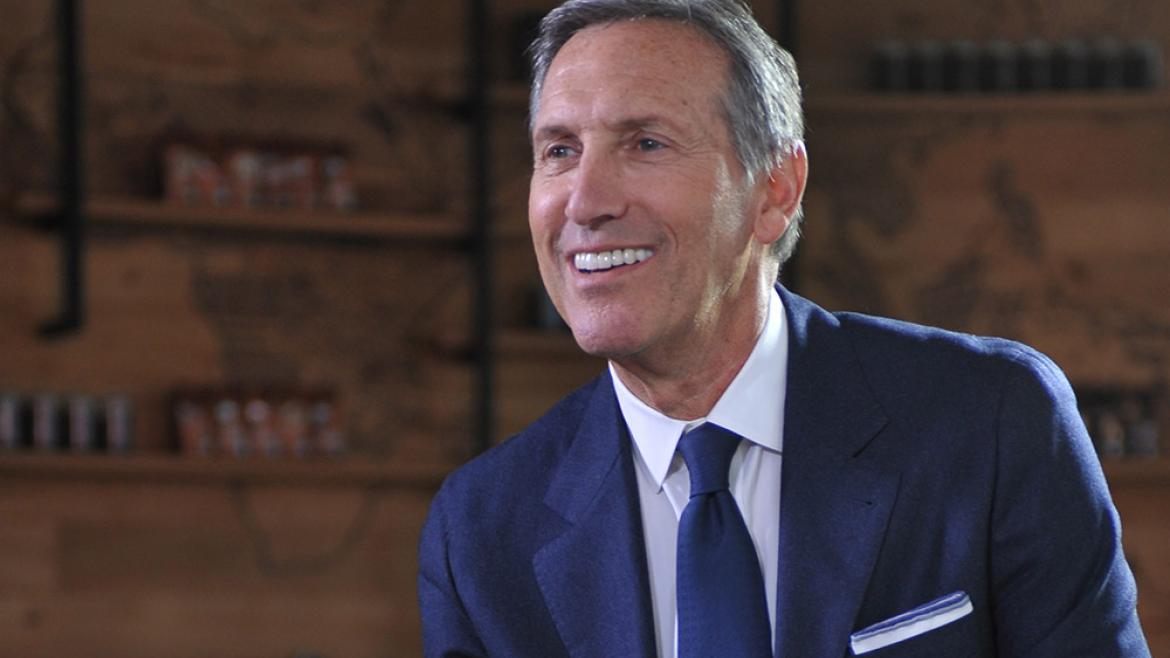 Arizona State University has selected Howard Schultz, Starbucks current chairman and CEO, as the official speaker at the May 8 undergraduate commencement, set to address an expected crowd of nearly 20,000 graduating students and their guests at Sun Devil Stadium. As part of his first commencement speech, Schultz will also be presented with an honorary Doctor of Humane Letters degree at the ceremony.

Recognized for his passion, leadership and efforts to strengthen communities, Schultz has been a transformative leader for Starbucks. From the beginning, Schultz set out to build a different kind of company, one that brings a sense of humanity and demonstrates respect and dignity for the partners (employees), customers and communities Starbucks serves. Through his vision, Starbucks has been on Fortune’s “World’s Most Admired Companies” list for the past 14 years, coming in at No. 3 this year.

“We take great pride in having Howard Schultz speak at this year’s commencement,” said ASU President Michael Crow. “Howard has been an energetic advocate for expanding opportunity. And I am personally grateful that our personal partnership — and the partnership between Starbucks and ASU — has made it possible for many thousands to complete their college degrees and pursue a path toward lifelong learning and success.”

Schultz first joined Starbucks in 1982 when the coffee company had only four stores. Today, Starbucks has more than 25,000 stores in 75 countries, with more than 300,000 partners (employees) wearing the green apron globally. He demonstrated early on that you can balance profitability with shared success through foundational initiatives including comprehensive health coverage for eligible full- and part-time workers, and offering partners equity in the company in the form of stock.

A graduate of Northern Michigan University, Schultz is a strong proponent of access to and excellence in education, helping create pathways for Starbucks partners to achieve economic and social mobility through the Starbucks College Achievement Plan (SCAP), introduced in 2014. Developed in alliance with Crow, SCAP enables partners to pursue and complete their college education tuition-free through ASU Online. To date, more than 6,500 Starbucks partners have gained admission, and nearly 1,000 are expected to graduate from ASU by the end of this year. The goal is 25,000 graduates by 2025.

Efforts like SCAP have positioned Starbucks as a leading employer of choice, building on a strong history of putting partners first and focusing on the biggest challenges facing the communities the company serves. Starbucks has also committed to supporting and hiring veterans and military spouses and engaging and hiring Opportunity Youth, which focuses on 16- to 24-year-olds who are unemployed and not in school. Additionally, the company has recently pledged to hire 10,000 refugees globally over the next five years.

On April 3, Howard will transition from CEO to executive chairman and shift his focus to innovation, design and development of Starbucks Reserve Roasteries around the world, expansion of the Starbucks Reserve retail store format and the company’s social impact initiatives.

Along with his wife Sheri, Schultz is co-founder of the Schultz Family Foundation. He is also the best-selling author of "For Love of Country: What Our Veterans Can Teach Us About Citizenship, Heroism, and Sacrifice" (2014), "Onward: How Starbucks Fought for Its Life Without Losing Its Soul" (2011) and "Pour Your Heart Into It" (1997).

The music was recorded in Katzin Concert Hall in the School of Music building on the ASU Tempe campus. Discovery is derived from a major work on the disc, Trio "a carta de Pero Vaz de Caminha." School of Music Herberger Institute for Design and the Arts