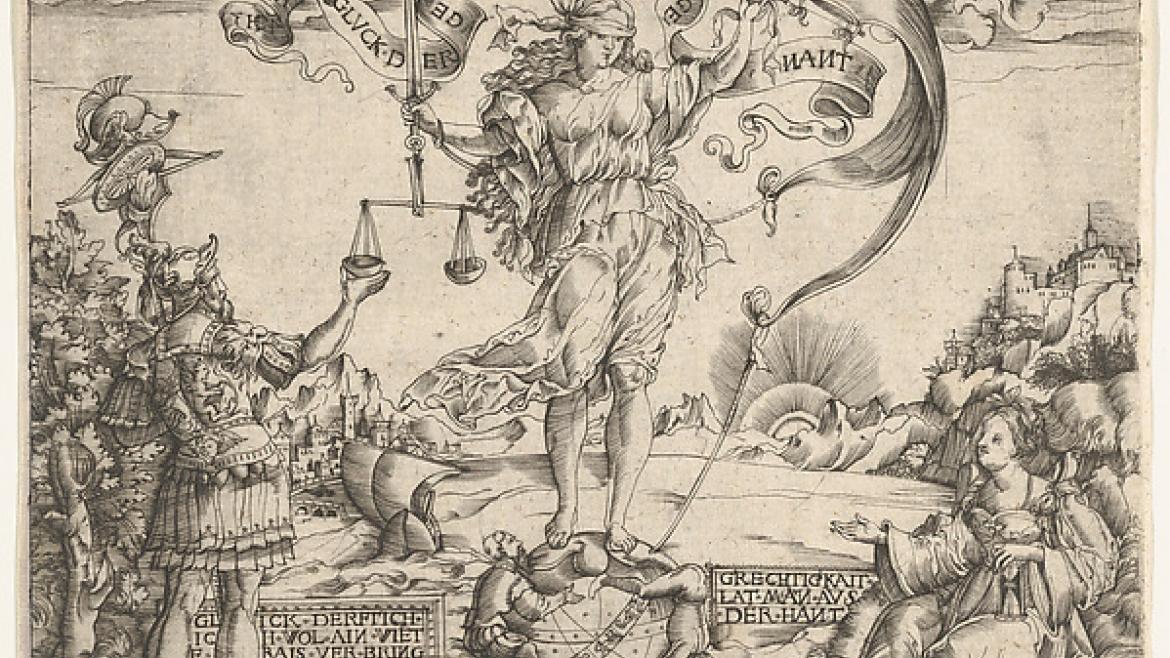 Sometimes during a trial a lawyer will get angry, a witness will speak out of turn or a defendant will have an outburst. The judge will then calmly instruct the jury to disregard what just happened.

In theory, it’s supposed to keep emotion and bias out of the legal system. In reality, ASU assistant professor Jessica Salerno said, it’s hard for humans to separate thoughts and emotions so neatly. 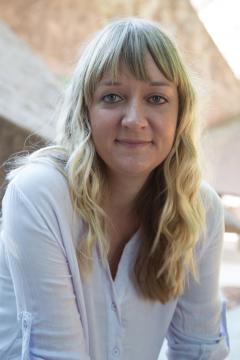 “So much of the legal system has to do with people making decisions, and people judging other people’s behaviors,” she said. “It’s inherently psychological. Trying to make a legal system run well would be difficult without understanding what affects people’s decisions.”

Associate professor and program co-founder Nick Schweitzer said research into law and psychology has grown in recent years, with scholars the world over realizing the importance of understanding how the fields intersect and influence each other in the legal process.

For example, psychologists might assist the court in understanding a criminal's mental state or determine whether a jury might be biased against a defendant based on race. The field has also helped reshape how police conduct eyewitness lineups and interviews.

Schweitzer’s own work has been cited by the U.S. Federal Courts to demonstrate how jurors weigh expert evidence in trials. And the work of one of the program’s affiliated faculty members, Regents’ Professor Michael Saks, was instrumental in a U.S. Supreme Court decision regarding the psychological effects of smaller vs. larger juries. 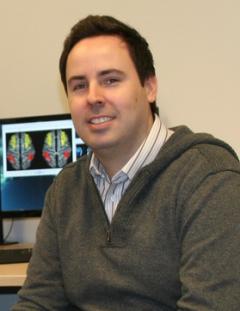 At ASU, the Program on Law and Behavioral Sciences provides both an opportunity for cross-disciplinary research among scholars, as well as new academic offerings that include undergraduate and master’s degrees in forensic psychology and a doctorate in law and psychology. Classes for the new program will begin in fall 2017.

According to Schweitzer, both the quality of the faculty and the emphasis on interdisciplinary collaboration at ASU stand to make the program “one of the strongest ... both in terms of size and caliber of people.”

This year, Salerno, an affiliated faculty member, was awarded the Saleem Shah Early Career AwardThe Saleem A. Shah Early Career Development Award is given for demonstration of significant early career achievement in forensic psychology, or related fields of law. Forensic psychology combines general training in psychology with specialized course work in criminal law, criminal behavior, the diagnosis and treatment of mental disorders and legal decision-making. for her research into the role of emotion in the legal decision-making process.

Some of Salerno’s recent work has looked at how gruesome crime-scene photos and victim impact statements affect jurors. She’ll be teaching a legal psychology course this fall but is equally excited at the prospect of strengthening research efforts by reaching across traditional fields of study.

“The potential for this kind of collaboration is one of reasons I came to ASU,” she said.

An ASU alum, Schweitzer’s work focuses on how neuroscience is used in court, in cases where brain scans that may reveal a psychological disorder are used as evidence. He’s thrilled to now be able to continue working with Saks.

Saks, who has been researching medical malpractice, is similarly enthused at the prospects of the new program.

“Psychology has come to play an important role in the making of better law, policy and practices,” he said. “… It has combined with forensic science to be part of ongoing reforms of that field, with economics to create behavioral economics, and will play an essential part in the movement to reduce injuries and deaths in health care.

“The students and faculty in this new program will learn, teach and do research in these and numerous other areas where interdisciplinary innovation involving behavioral science is needed.”

Eric Legg knows firsthand that kindness and positive feedback from a coach can make all the difference to a young person.Legg, an assistant professor in the School of Community Resources and Development at Arizona State University, is working with area schools and youth sports programs to measure how effective that positivity can be.“We know coaches are so hugely influential,” said Legg, whose... 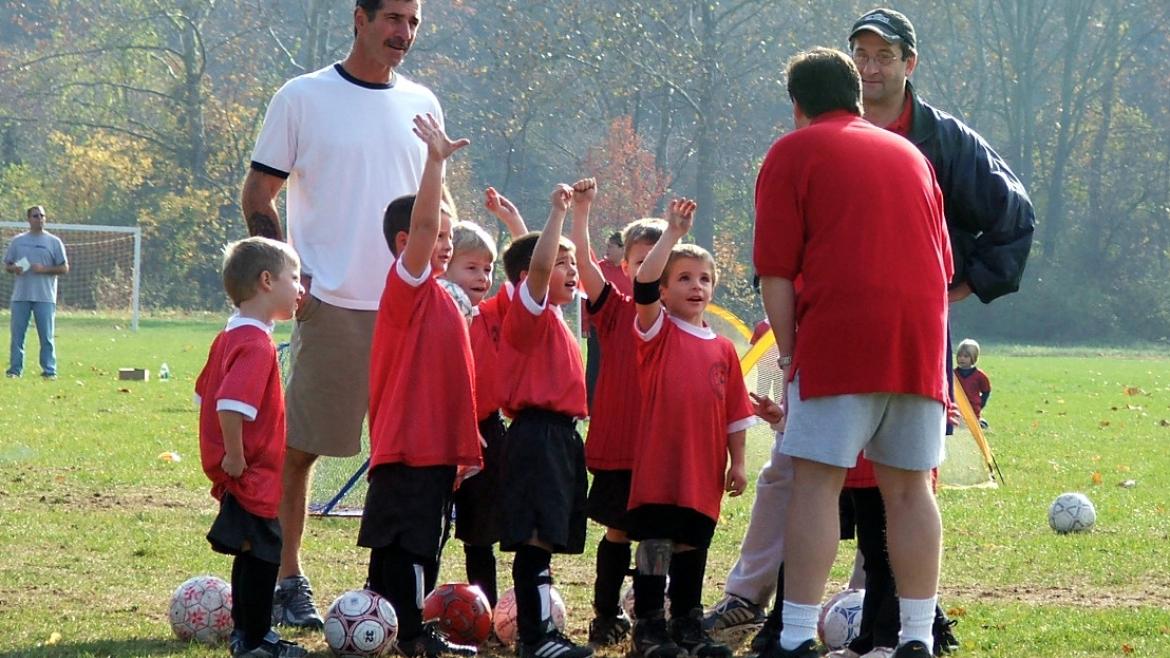 Former coach works with schools, recreation departments to see which behaviors, strategies have the best outcomes

Eric Legg knows firsthand that kindness and positive feedback from a coach can make all the difference to a young person.

LeggLegg is president and founder of the nonprofit Tennis on the Hill and is the national chair of the Training Advisory Group for the United States Tennis Association., an assistant professor in the School of Community Resources and Development The School of Community Resources and Development is in the College of Public Service and Community Solutions at ASU.at Arizona State University, is working with area schools and youth sports programs to measure how effective that positivity can be.

“We know coaches are so hugely influential,” said Legg, whose own experience with a kind, mentoring coach has had an affirming effect in his life.

“I was a shy kid, and youth sports was powerful in my life. It’s where my self-confidence came from, and it’s where my connections came from,” said Legg, who played tennis and basketball. “I was fortunate that I had overwhelmingly positive outcomes from youth sports, but we all know plenty of people who had negative outcomes.”

So Legg investigates how coaches — who are mostly volunteers — can nurture young athletes.

“We have tons of volunteer coaches who mean well — and sometimes we need to remind ourselves of that. We demonize the bad ones. They mean well, but they don’t recognize the impact of their actions and don’t always recognize what’s positive and what’s negative.”

He recently concluded a research project with the Cottonwood Parks and Recreation Department in which he observed youth sports coaches, gave them feedback via email and then surveyed the players after the season was over.

It was a small sample size, but he found that the coaches who had better player outcomes were those who practiced “autonomy support” — explaining their reasoning rather than declaring, “Do this because I said so.” 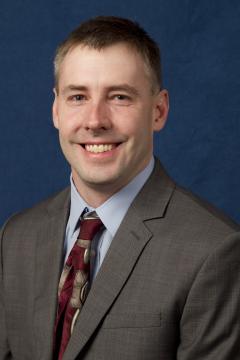 “We can’t expect these folks to get degrees in youth development or devote tons of hours to training when they’re paid pennies or are volunteers. So we have to see what’s most impactful,” said Legg, who has been a youth sports coach and also ran a parks and recreation program as an administrator.

One organization that trains people who work with young athletes is the Positive Coaching Alliance, a nonprofit that offers in-person workshops and online classes to coaches, parents, student atheltes and sports organizers.

The Paradise Valley Unified School District in north Phoenix has hired the alliance to provide training to all the coaches in its five high schools, and Legg has spent this school year evaluating that work by surveying the student athletes.

“We looked at the curriculum from PCA, and we asked the players, ‘Are the coaches actually doing these things?’ And if they are, what outcomes does that relate to?”

Legg said the district wants to know whether its investment in the training is paying off, and the alliance can find out which parts of its curriculum are most effective.

He is looking at several potential outcomes in the athletes, including empathy, a sense of community and attitude towards hazing. He’s also measuring “growth mind-set” — athletes’ belief that they improve through hard work and practice and not just talent.

“One preliminary finding is if athletes have more of a growth mind-set, do they persevere longer? The simple answer is yes, there is a positive relationship there,” he said, adding that one simple example of fostering growth mind-set is when a coach tells a player, “I can tell you’ve been working hard because you’re getting better” rather than “You’re such a natural athlete.”

David Jacobson, the senior marketing communications and content manager for the Positive Coaching Alliance, said that schools or sports leagues will often hire the group as a neutral third party to encourage constructive behaviors among coaches and parents. The training is based in sports and educational psychology research as well as input from the college and professional coaches and players who sit on the advisory board.

"Sometimes they bring a third party like us to explain intellectually and emotionally the real value of youth sports," he said.

"In the same vein, the way this research helps the whole sports ecosystem is by lending third-party credence to what we're presenting in our workshps and on our website."

Legg just started a new project with Bourgade Catholic High School in Phoenix in which he’ll interview not only coaches and players, but also administrators and parents, to find out their goals for the sports program.

“Some people say it’s character development, but that can be a vague term. We want to see what they really want out of it, and what are the coaching behaviors that relate to that?”

Legg said that his work is not about winning.

“Winning is nice. I’m an athlete and I like to win, but what we’re really interested in is positive youth development.”