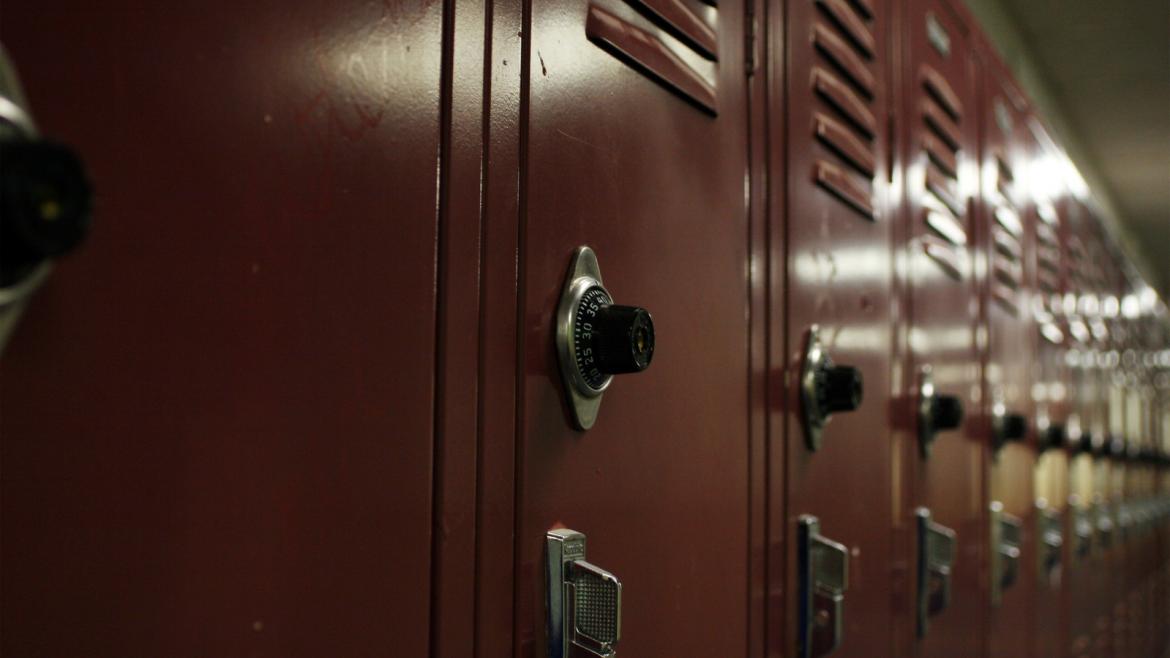 An ASU researcher has used math in an effort to reduce dropout rates by plotting the exact point where negative peer influences overwhelm positive parenting.

Anuj Mubayi, an assistant professor with ASU’s School of Human Evolution and Social Change and ASU’s Simon A. Levin Mathematical, Computational and Modeling Sciences Center, says this research could help correct “a big gap in research-funded education policies,” which “have fallen short in many neighborhoods.” 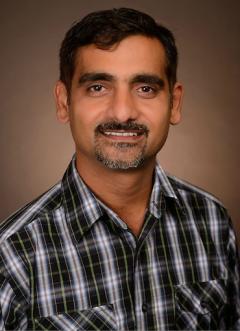 Mubayi initiated the mathematical modeling research after he and a colleague visited a Chicago high school with one of the worst dropout rates in the city.

“The underlying premise of this study,” Mubayi said, “was that social behaviors can spread interpersonally through social interactions and influences, as well as through contextual influences in high-risk settings, just like infectious diseases can.”

The raw data for the new mathematical modeling from Arizona State University, Northeastern Illinois University and the University of Texas at Arlington came from a 2013 survey of 125 students at the struggling Chicago school. Areas of focus included teaching effectiveness, the role of school demographics, the impact of peer and parental influences, and academic performance.

Based on these factors, variables such as parental involvement were categorized as high, medium or low, while academic involvement was rated as passing, vulnerable or failing.

Peer influence also was measured on a sliding scale, determined by asking students to identify their friends’ academic performance and interest levels, as well as their exposure to previous dropouts.

“In this instance, more than 50 percent of students reported their friends thought that school was a ‘waste of time,’” Mubayi said.

So, can parents keep children from dropping out just by being more involved in their education? Yes, but only to a point, the study shows. It highlights the importance of positive peer groups. If a student with high parental involvement hits a moderately high range of negative influence from peers, their risk of failing and dropping out begins to trend upward on a similar trajectory as those students whose parents display much lower levels of engagement.

If any student begins to falter academically as a result of either or both influences, time is really of the essence, Mubayi added.

“Our study showed that once performance drops to a certain point, later increases in positive parental influence are no longer enough to reverse the trend and may even make things worse as the student rebels,” he said.

While providing some initial insights into the importance of positive parent-child interactions and early encouragement for vulnerable students, the question of how to more broadly protect and grow academic success remains complex.

For now, Mubayi’s team, which currently includes Bechir Amdoni (Northeastern Illinois University), Marlio Paredes (University of Puerto Rico at Cayey), and Christopher Kribs (University of Texas at Arlington), plan to expand their study to more schools in order to understand these influences in a wider spectrum of educational environments.

“Our study also revealed more half of dropouts do not live with their parents, so there are also social, economic and emotional factors that we must consider to address these issues more holistically,” Mubayi said.

Mubayi is also working the problem from another angle as the co-director of a renowned undergraduate summer training program called the Mathematical Theoretical Biology Institute (MTBI). This ASU program, which has received two presidential awards, was initiated by mathematician Carlos Castillo-Chavez 21 years ago and focuses on improving dropout rates for college students while promoting graduate programs in STEM disciplines.

The full study “Why do students quit school? Implications from a dynamical modelling study” can be viewed here in the Royal Society journal Proceedings A.

Top journalism students from 18 universities will investigate water pollution and its impact on health in the U.S. as part of the 2017 Carnegie-Knight News21 national multimedia reporting initiative.Headquartered at Arizona State University’s Walter Cronkite School of Journalism and Mass Communication, News21 was established by the Carnegie Corporation of New York and the John S. and James L. Kn...

Top journalism students from 18 universities will investigate water pollution and its impact on health in the U.S. as part of the 2017 Carnegie-Knight News21 national multimedia reporting initiative.

Headquartered at Arizona State University’s Walter Cronkite School of Journalism and Mass Communication, News21 was established by the Carnegie Corporation of New York and the John S. and James L. Knight Foundation to demonstrate that college journalism students can produce innovative, in-depth multimedia projects on a national scale. 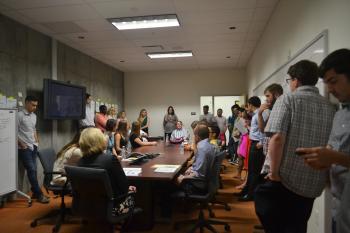 Twenty students from journalism programs across the U.S., as well as Canada and Ireland, will join 10 Cronkite students for the 2017 investigation. They will examine the major issues surrounding water pollution, including contamination sources, legislation, enforcement and health implications.

The students have already begun work. They are participating in a spring semester seminar where they are researching water issues, interviewing experts and beginning their reporting. The seminar is taught in person and via video conference by Leonard Downie Jr., the former executive editor of The Washington Post and Cronkite’s Weil Family Professor of Journalism, and News21 Executive Editor Jacquee Petchel, a Pulitzer Prize-winning journalist and former senior editor for investigations and enterprise at the Houston Chronicle.

Students will hear from such guest speakers as Bob Woodward and Jeff Leen of The Washington Post as well as Erik Olson of the Natural Resources Defense Council and Jenny Rempel of the Community Water Center in California’s Central Valley.

“We chose the safety of drinking water as the 2017 News21 investigative project topic because, after the lead crisis in Flint, Michigan, we discovered that the water consumed by millions of Americans across the country comes from groundwater variously contaminated by lead, industrial waste and chemicals, and agricultural runoff and animal waste,” Downie said. “Too many community water systems and private wells are antiquated and poorly maintained – and government regulators are unable to keep up.”

Following the seminar, students move into paid summer fellowships, during which they work out of a newsroom at the Cronkite School and travel across the country to report and produce their stories.

“In addition to water safety issues, we will be examining how water contamination and safety problems affect people in disadvantaged communities, remote communities and places where the issue is sometimes overlooked or ignored,” said Petchel, who directs the summer reporting effort. “The advantage of a national investigation is that we’ll be investigating the topic in every state and reaching out to people everywhere, as well as examining state and national data.”

Previous Carnegie-Knight News21 projects have spotlighted issues ranging from food safety and gun rights and regulations to veterans’ issues and voting rights. The student work is published at news21.com and by dozens of news organizations, including The Washington Post, USA Today, NBCnews.com and the Center for Public Integrity.

Cronkite fellows will be named later this semester. This year’s participating universities  and their fellows are: