What does the future of the arts look like?

That’s what a group of ASU students are puzzling out this month and the next, in a course called the Studio for the Future of Arts and Culture. 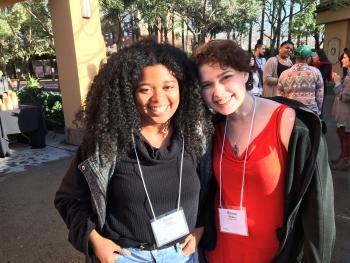 Alexis Moore of ASU (left) and Emma Plotkin of Bennington College traveled to the Future Arts Forward Conference in California as part of ASU's Studio for the Future of Arts and Culture. Download Full Image

Ten students from ASU and four students from Bennington College traveled to San Jose, California, as part of the studio, to participate in the Center for Cultural Innovation’s Future Arts Forward conference Jan. 23. There the students, together with 250 other young artists and art leaders, addressed such questions as whom the arts should serve, and how the arts sector might shift to serve a changing America.

While in California, the students also spent the day at Stanford University’s Institute for Diversity in the Arts.

The six-week studio course, which began Jan. 9 and continues through mid-February, is a collaboration among ASU’s Herberger Institute for Design and the Arts, Bennington College and the Center for Cultural Innovation, and is funded in part by a grant from the Ford Foundation.

The goal of the studio is to work with students using futurist methods and design thinking and to expose them to a variety of artist innovators, like the members of Herberger Institute’s Ensemble Lab, in order to generate new ideas about how to organize and support cultural life and the work of artists and designers in the future.

Students will each be coached in presenting a powerful three-minute talk that advances a radical idea for innovation in our cultural system and will become art and design’s ambassadors to the field. Their mission? To shake up existing thinking and spur change in our country’s cultural policy framework.

More news of the future to come after the students give their final presentations in February.

Today Christopher Balzer became the first student from Arizona State University to ever receive the prestigious Churchill Scholarship.Since 1963, the Churchill Scholarship has been awarded to exceptional science and engineering students to fund graduate studies at the University of Cambridge.After graduating from the School for Engineering of Matter, Transport and Energy with his bachelor’s degr...

Since 1963, the Churchill Scholarship has been awarded to exceptional science and engineering students to fund graduate studies at the University of Cambridge. 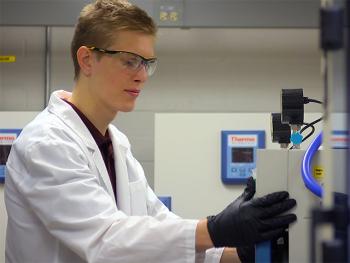 Scholars are chosen based on outstanding academic achievement, personal qualities and a demonstrated interest in research. The Churchill Scholarship was established to honor Winston Churchill’s vision of U.S.-U.K. scientific exchange with the goal of advancing science and technology and helping to ensure the prosperity and security of both nations.

Balzer, a student in Barrett, the Honors College at ASU, said he first heard about the opportunity from the Office of National Scholarship Advisement at Barrett. ASU has been participating in the scholarship program run by the Churchill Foundation for only the past four years.

“I’m the first but definitely not the last,” Balzer said of receiving the scholarship. “It’s an honor to be first, considering some of the great scholars who have applied from ASU in the past few years. Someone had to be first, and I’m happy I get the chance to represent ASU at Cambridge.”

A component of the scholarship revolves around research, which Balzer is no stranger to as a three-semester participant in the Fulton Undergraduate Research Initiative. At Cambridge, he’ll work with professor David Fairen-Jimenez, who heads the university’s Advanced Materials Research Group. Balzer will contribute to ongoing work with modeling metal-organic frameworks for carbon capture.

“While alternative technologies are developing, carbon-capture technology can be implemented into current systems to ‘stop the bleeding’ in a way,” said Balzer, who noted that his future work will align closely with his current research in chemical engineering assistant professor Bin Mu’s lab.

In fact, Balzer credits his extensive experience under Mu as a factor in his success.

“It’s clear that my research experience in Dr. Bin Mu’s lab has put me in the position to be competitive for a program like this,” he said. “I’ve had incredible support along the way, especially from doctoral student Mitchell Armstrong and Dr. Mu. They’ve trusted me to take on my own projects and work on a lot of different projects. Not many undergraduates get the chance to present at several conferences, be a part of publications early on, and even first-author a publication. I wouldn’t have been able to do any of that without their help.” 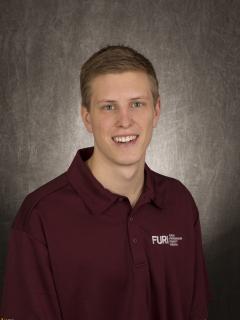 Balzer said he’s interested to see the difference in curriculum at Cambridge.

“While the core classes in the program are mostly the same as they would be in the U.S., some of the electives focus more on the managerial and business aspects of chemical engineering, which is something you don’t really see in U.S. graduate programs,” he said. “I’m excited to get a new perspective from the classes as well as from the diverse instructors and students at Cambridge.”

In addition to looking forward to the research and educational opportunities of the scholarship, Balzer is also excited to study and live in the United Kingdom.

“I’ve never studied abroad before,” said Balzer. “With the breaks between terms being so long, I plan to travel to some of the countries I’ve always wanted to go to — mostly to see historical sites and museums that I’m interested in.”

After completing his studies at Cambridge, Balzer plans on pursuing his doctoral degree.

In addition to his research colleagues, he extends gratitude to Kyle Mox, Brian Goehner and Laura Sells at the Office of National Scholarship Advisement at ASU for all their help with both the Goldwater and Churchill scholarships.

“Other than that, I’d like to thank my family for their support of all of the opportunities I pursue,” Balzer said. “No one gets these scholarships alone — it’s something built over years of support.”