Stephani Etheridge Woodson, associate professor in the School of Film, Dance and Theatre, has been named the director of the Design and Arts Corps (DAC) at Arizona State University's Herberger Institute for Design and the Arts. The corps is one of the Herberger Institute signature initiatives that aims to become a national model for arts- and design-led community change.

Herberger Institute Dean Steven J. Tepper says Etheridge Woodson is the right person to lead the initiative, which will place designers, artists, scholars and educators at the center of public life and encourage them to use their creative capacities to advance culture and address challenges. 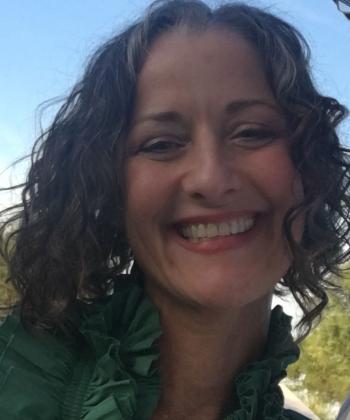 “Professor Etheridge Woodson has built an international reputation as one of the most thoughtful scholars and practitioners of arts- and design-driven community development,” Tepper said. “As director of the Design and Arts Corps, she will build upon existing deep relationships in the community to create the largest, most ambitious university-community partnership in the nation that deploys arts and design to transform neighborhoods and cities.”

Etheridge Woodson is excited to take the reins and says a pilot project for this semester is already in the works.

“The Design and Arts Corps bridges my creative and development passions, together offering the opportunity to ‘be the change I want to see,’” she said.

Etheridge Woodson emphasizes that the Design and the Arts Corps, which is inspired by the Works Progress Administration created by Franklin Delano Roosevelt to provide relief during the Great Depression, is about more than just educating students.

“This is about a collaboration between the university that serves students’ learning but also leverages the human and creative capital of the university in order to build these assets for the community,” she said.

The corps will deploy creative talent to the greater Phoenix area for a variety of programs, from embedding composers in a lab with researchers studying Alzheimer’s disease to public service projects, such as when Etheridge Woodson’s community-based theater class partnered with the Congressman Ed Pastor Center for Politics and Public Service last semester to produce videos highlighting the election and educating voters.

Etheridge Woodson says that the corps has the potential to change the perception of arts and design schools, and that she wants to work “to build stronger communities in which the arts and humanities are understood as a fundamental component of a healthy and democratic society.”

“The vision of the Design and Arts Corps is a transformed relationship between artists, designers and society,” she said. “That’s what we’re building — we’re innovating on the ground.”

Arizona Teacher of the Year still learning, after 23 years in the classroom

Arizona’s Teacher of the Year for 2017 has been in the classroom for 23 years but is still learning the job.Michelle Doherty, a first-grade teacher at Encanto Elementary School in central Phoenix, is a graduate of the Mary Lou Fulton Teachers College at Arizona State University.“You can’t ever master the craft because it’s always evolving,” said Doherty. “When I’ve had interns come i... 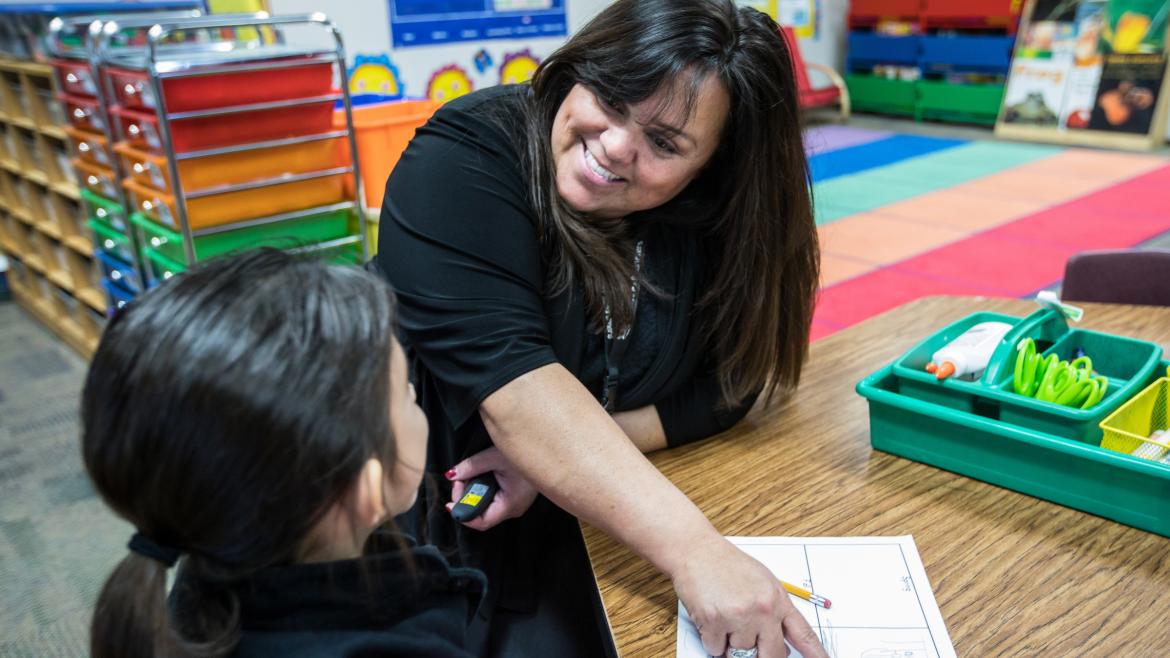 Arizona Teacher of the Year still learning, after 23 years in the classroom

Arizona’s Teacher of the Year for 2017 has been in the classroom for 23 years but is still learning the job.

Michelle Doherty, a first-grade teacher at Encanto Elementary School in central Phoenix, is a graduate of the Mary Lou Fulton Teachers College at Arizona State University.

Doherty won the Arizona Teacher of the Year honor recently from the Arizona Educational Foundation, a nonprofit group that advocates for excellence in preschool and K-12 public education. It’s considered the most prestigious honor a public school teacher in Arizona can receive, and Doherty will be in the competition for the national teacher of the year.

In addition to receiving a cash prize and professional development classes, the Teacher of the Year honoree travels to the White House, meeting the winners from other states, and around Arizona advocating for the teaching profession.

Doherty wants to get the message out about early literacy.

“I’ve taught kindergarten, first, second and third grades, and in the early years, literacy opens up understanding of other subjects,” she said.

Doherty teaches in the dual-language program at Encanto, which is in the Osborn Elementary School District. Students learn half the day in English and the other half in Spanish.

“Our focus is for them to be bilingual, biliterate and bicultural,” she said. “Being part of this program since 1998, I’ve had kids in seventh or eighth grade just come up to me and start talking to me in Spanish. Sometimes I cry because I saw where they came from, struggling with it.

“The power of another language is amazing.”

With Encanto’s immersion model, Doherty teaches two classes with a partner teacher — a total of 52 first-graders. On a recent morning, her group was lively, focused and enthusiastic. First-grade teacher Michelle Doherty congratulates one of her students during a lesson on weather. Doherty plans to address the importance of early literacy during her time as Arizona Teacher of the Year. Photo by Charlie Leight/ASU Now

“Get into your learning positions, friends!” Doherty told them as they began a lesson on weather. A few minutes later, one first-grader correctly described cause and effect — a rainy day will require the use of an umbrella.

“Bingo! Kiss your brain!” Doherty exclaimed, as the little girl smiled, kissed her fingertips and then tapped her forehead.

“It’s a way to solidify their understanding. It’s difficult for kids to truly understand some things, but when they have that motion, that contact, it does something and they’ll remember it much easier,” she said.

Doherty earned her bachelor’s degree from ASU in 1994 and her master’s degree five years later. That was before the Mary Lou Fulton Teachers College offered the iTeachAZ residency program, in which teacher candidates spend a full academic year as a student teacher, taking their ASU classes at their schools.

“Having more on-the-job training time betters prepares you,” she said. “When I see the new teachers coming through, I think ‘I wish I had that opportunity to do that.’ ”

The first-graders realize that their teacher has been honored.

“I had them autograph my luncheon program. So now whenever I’m in the news they ask if I want their autograph again,” she said.

Doherty is starting her year in the spotlight just as there has been heightened focus on the teaching profession in Arizona. Teachers are leaving the profession, and many schools have open positions. Teacher compensation has been an issue, with Gov. Doug Ducey using his “State of the State” address to declare, “It’s time for a raise for Arizona’s teachers.”

“I’ve heard people say you don’t go into the field to make money. And that’s right. That’s not why we’re doing this. I’ve always felt that this was a calling,” she said.

“But I also pay for professional development out of my pocket to make myself the best I can be for the students. So some compensation would be wonderful, and pay raises would be great. There were eight years I didn’t have a pay raise. It’s not why I do the job, but it would be showing appreciation for what we do.

“Because what we do matters.”

Top photo: Michelle Doherty works with first-grader Nyiah Gomez on a lesson about weather at Encanto Elementary School in Phoenix. Doherty, an alumna of the Mary Lou Fulton Teachers College, has been named the 2017 Teacher of the Year by the Arizona Educational Foundation. Photo by Charlie Leight/ASU Now