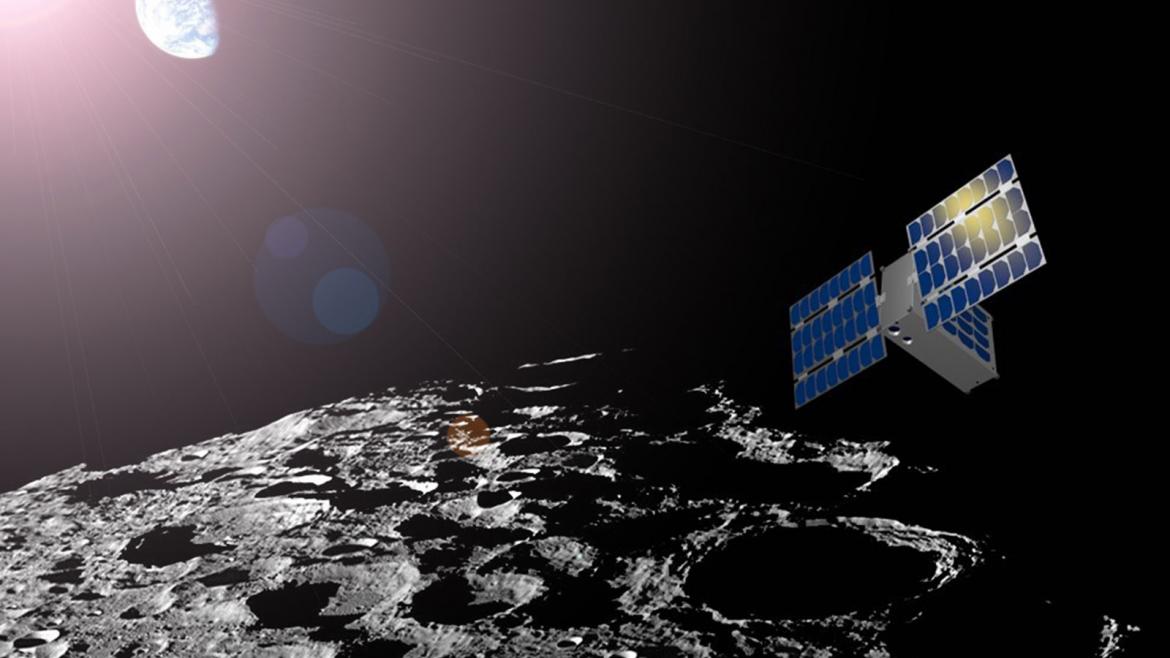 Arizona State University’s NASA mission to visit a metal asteroid is just beginning, but the first mission that marked the school as a major player in space exploration has been under way for more than a year.

LunaH-Map, the Lunar Hydrogen Polar Mapper, will launch in September 2018. Its task will be to find water and ice at the south pole of the moon, and map the deposits.

ASU Now spoke with principal investigator Craig Hardgrove, an assistant professor in the School of Earth and Space Exploration about the science behind the mission, what will be built on its discoveries, and why there isn’t a hockey rink buried on the moon.

Why look for water and ice on the moon? It can be used for fuel and drinking water in the push to Mars, saving an enormous amount of space and payload weight on spacecraft.

“That’s the geologic question we’re trying to answer about the moon: how much (water and ice) is there on a moderate spatial scale, so we can send a rover and really get at how much water is there,” Hardgrove said.

Scientists aren’t sure about how water and ice appear on the moon. It is likely deposited by two things: solar wind or passing asteroids and comets. Protons from solar wind are implanted into the lunar surface, then they combine with an electron to form a hydrogen atom. The hydrogen atom binds with oxygen and forms hydroxyl atoms.

Asteroids and comets carry water. “Those are dirty ice balls, basically,” Hardgrove said, carrying 50 to 80 percent water. As they get close to the sun, they shed water.

“Those could be passing by, depositing water on bodies like the moon,” he said. “So maybe that’s the explanation for why it’s enriched in certain regions and not others.”

LunaH Map will carry a neutron counter. As it flies over the south pole of the moon, it measures neutrons that leak from the moon’s surface. There’s a base number of counts you’d expect for a dry moon: around 50 parts per million water.

No one knows where the hydrogen is, or how much of it is there. And is it all implanted by solar wind? It’s an important geologic question. If it is, maybe the small amounts of hydrogen at the poles have moved around somehow, possibly by meteorite impacts. Maybe the moon’s poles have moved throughout geologic time. Scientists aren’t sure, but hydrogen gets remobilized and concentrated in permanently shadowed craters at the poles.

How would you find out whether the water came from an asteroid or comet, or somehow was inherent to the moon? A rover would have to collect samples and analyze isotope ratios with a mass spectrometer.

The maps LunaH Map will create may be used by NASA to decide where to land a rover to do exactly that.

“We’re talking about identifying regions that are several kilometers wide where hydrogen is enriched,” Hardgrove said. “And then NASA could plan for future missions where you want to land your rover, because now we’re on the scale of the landing ellipse. NASA will know that the hydrogen is somewhere in that patch of ground.”

That mission, called Resource Prospector, is already in the planning stages. It’s going to have to be one of the toughest rovers ever built, because it’s going to dip its toe into one of the coldest places in the solar system, places which have never, ever seen sunlight. Think as low as -400 degrees below Fahrenheit.

Electronics and hardware may not be able to survive. The rover will carry the same instrument LunaH Map will: a neutron detector. What the rover would do is land in the illuminated areas and do what NASA calls “toe dips” into the darkness.

“Resource Prospector could toe dip in, scoop and come back out and do the analysis,” Hardgrove said. “But they’re worried that if they take that sample out, all of the water, if it’s in there, it’s just going to sublimate immediately. So then they have to do their analysis in the dark to figure out how much is actually there, or seal it up somehow. It’s a difficult problem to figure out how to assess what’s really down there, just because it’s some of the coldest parts of the solar system.”

Any ice down there would be bound up somehow with the regolith, the loose dust, dirt, and rock covering the bedrock. It would have to be extracted for human use with some kind of refining process. It won’t be like chipping ice off a cliff and melting it on a winter camping trip. And, while golf has been played on the moon, it is unlikely hockey will enjoy the same privilege.

“We don’t think it’s like an ice skating rink or anything,” Hardgrove said. “That would be a very different method for moon formation than anything we’re familiar with.”

To celebrate the Monday launching of Arizona PBS KIDS, a new 24/7 channel, Arizona PBS sponsored a festival allowing families to interact and take photos with PBS KIDS characters and participate in activities that promote literacy, health and STEM education. There were story-time activities and arts and crafts with PBS KIDS characters, as well as theater-style screenings of children’s programmin... 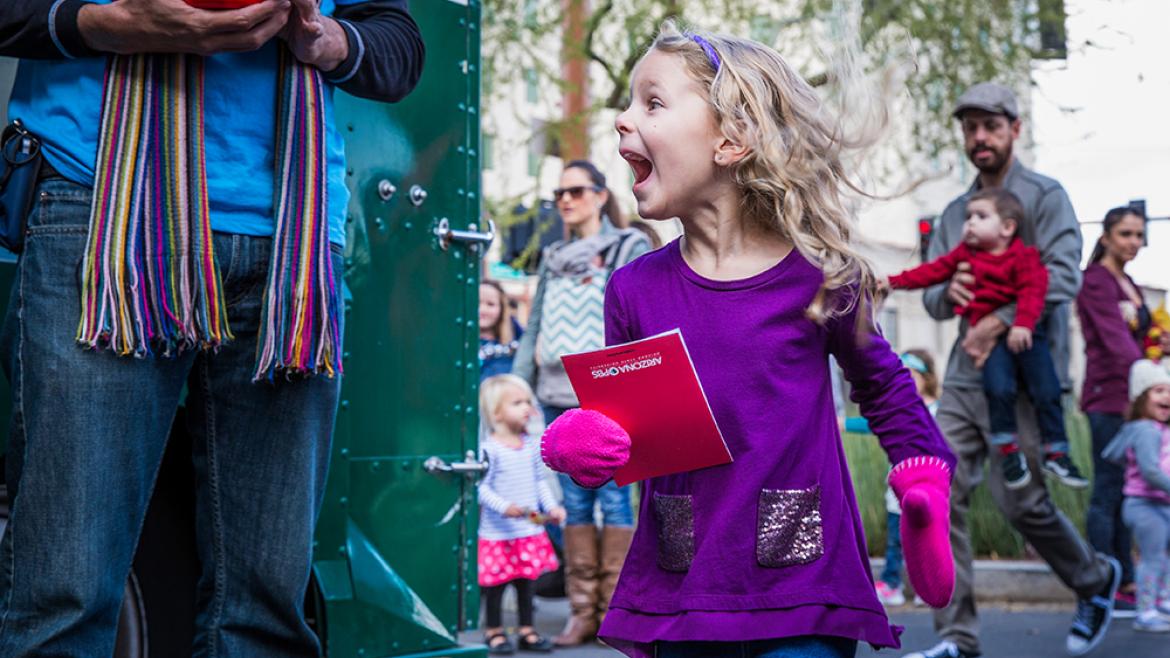 “The quality programming on Arizona PBS KIDS promotes lifelong learning and encourages children to interact with the world,” said Arizona PBS CEO Christopher Callahan. “We are thrilled to be opening our doors to the public for children to have the opportunity to learn and play with some of their favorite friends on television.”

Families were able to explore the state-of-the-art facility that houses Arizona PBS and have fun with broadcasting technologies such as green screen video. They also were able to take photos with Ollie the Trolley. 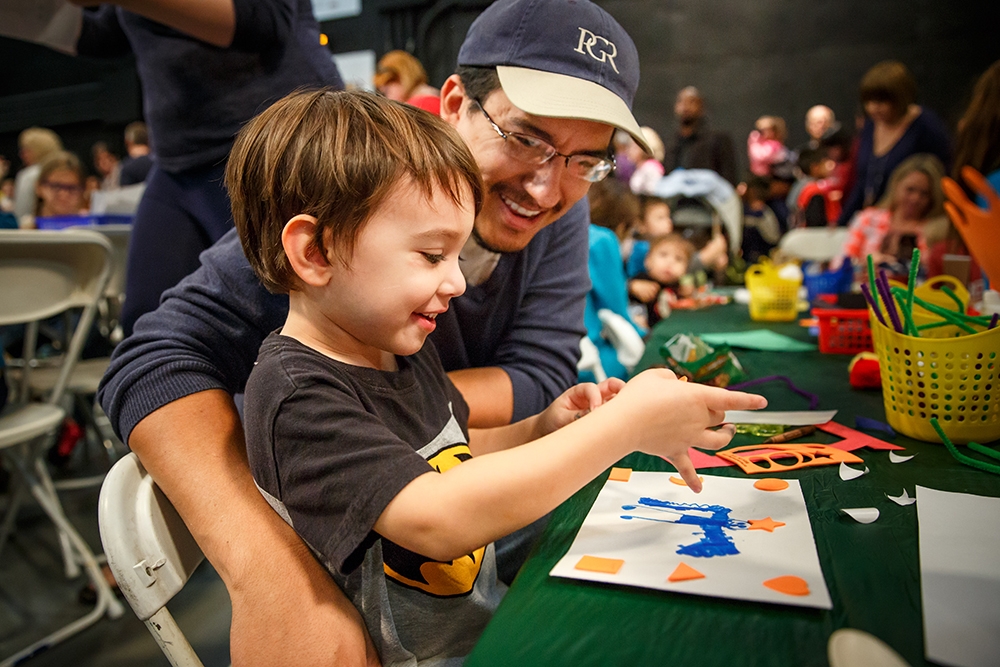 Tony Cruz does crafts with his son Asher, 4, on the sixth-floor PBS studio of the Cronkite building on ASU's Downtown Phoenix campus. The Arizona PBS KIDS Festival on Monday marked the launch of the network's new children's channel. 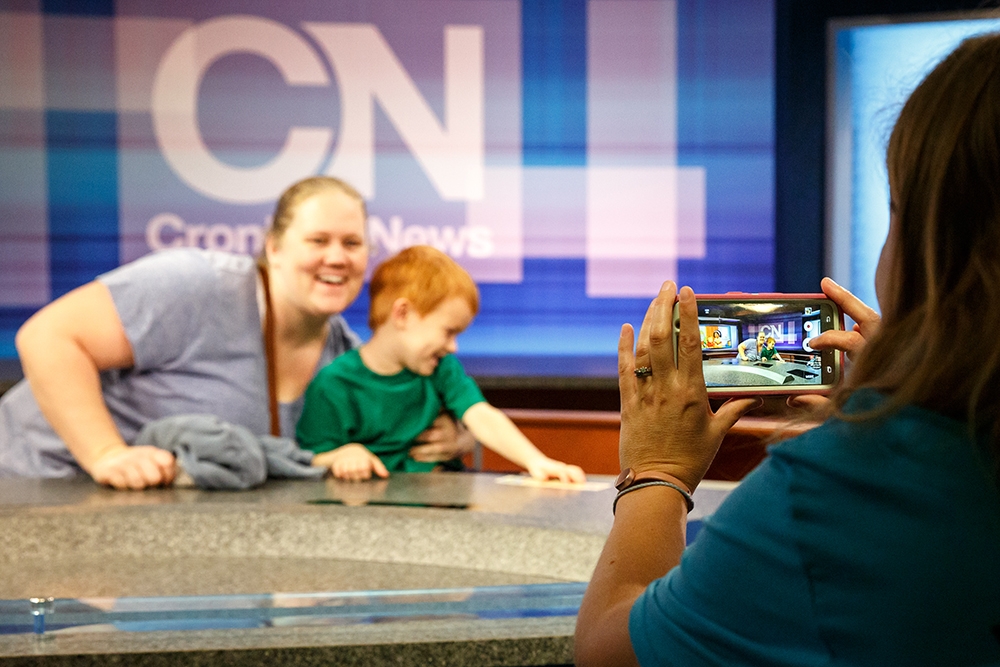 Melanie Alvarez (right), the executive producer of Cronkite News, takes a photo of Tara Swenson and her 5-year-old son Evan in the Cronkite newsroom. 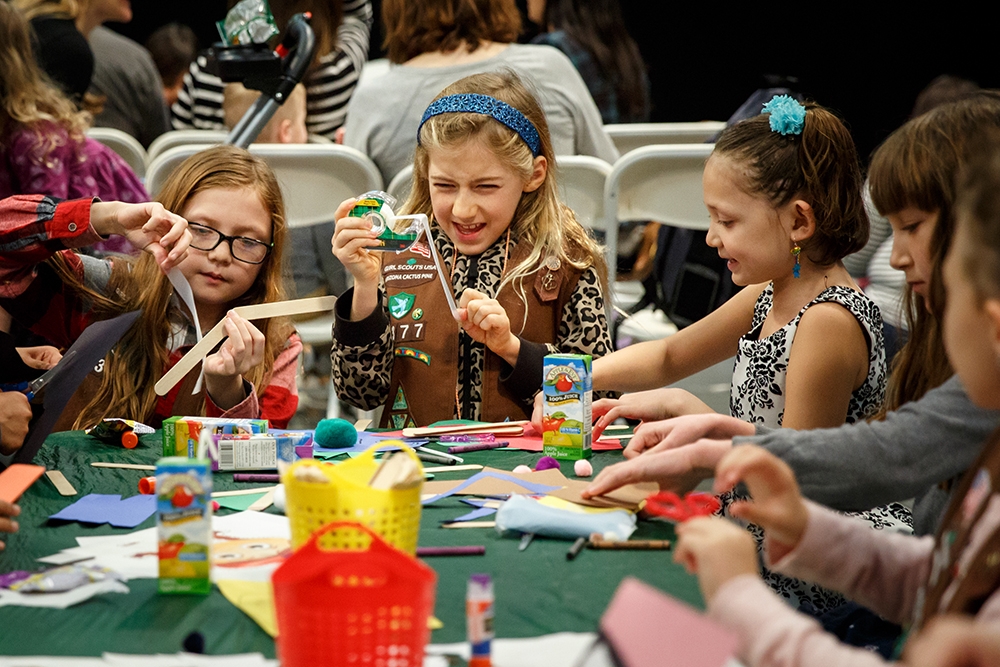 Members of Girl Scout Troop 1377 tackle arts and crafts projects at the festival. Elliot Schapira, 6, finds words in a crossword puzzle with her mother, Rosemary, in the First Amendment Forum of the Cronkite building at the Arizona PBS KIDS Festival. 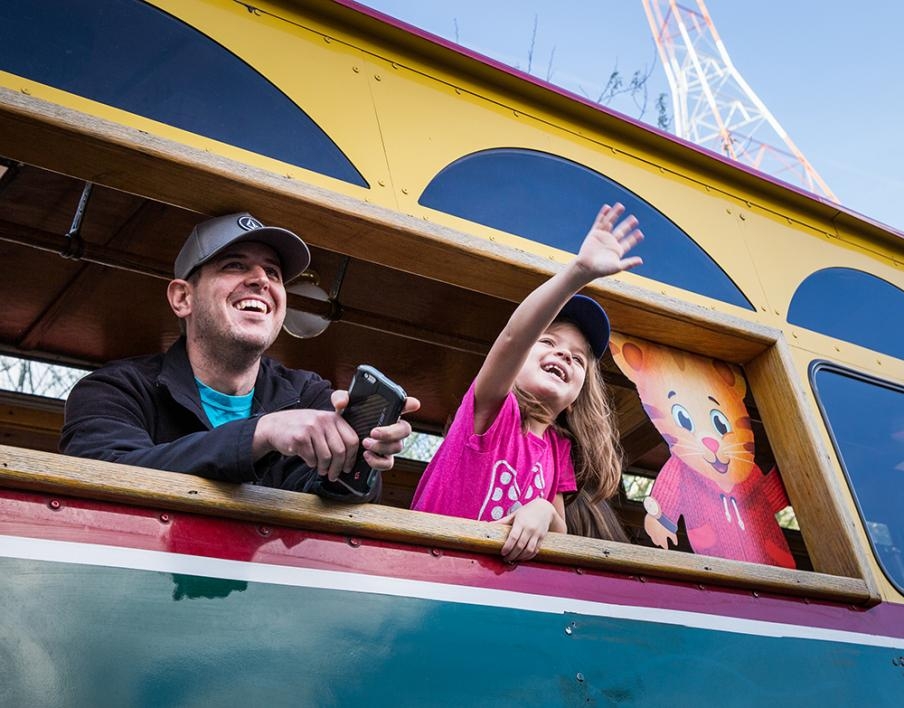 Spencer Owens gets ready to pose for a photo with his 5-year-old daughter Adyson at the Arizona PBS KIDS Festival.

Launching on the day of the festival, Arizona PBS KIDS features an array of programming to help young children master important skills, ranging from reading and basic math and science to problem solving and emotional skills.

The new channel will feature innovative, impactful programs designed for children from preschool through early elementary school to develop a strong educational foundation. The channel will broadcast popular programs such as “Arthur,” “Clifford,” “WordGirl,” “Wild Kratts,” “Daniel Tiger’s Neighborhood” and “Sesame Street,” among others.

“Research confirms that PBS KIDS programming helps children build the critical skills they need to succeed in school and life,” said Linda Simensky, vice president of children’s programming at PBS. “Studies show that PBS KIDS resources improve kids’ achievement in important areas, such as literacy and math, and increase parent engagement in their children’s learning. Through the new 24-hour Arizona PBS KIDS channel, children across the state will have anytime access to programs that are proven to move the needle in early education.”